SEBASTIEN HALLER blasted West Ham to victory to leave Sheffield United having to face up to the fact they are in huge danger.

Haller’s thunderbolt meant he eased the questions of his own ability as he struggles to justify his £45million price-tag to the Hammers fans. 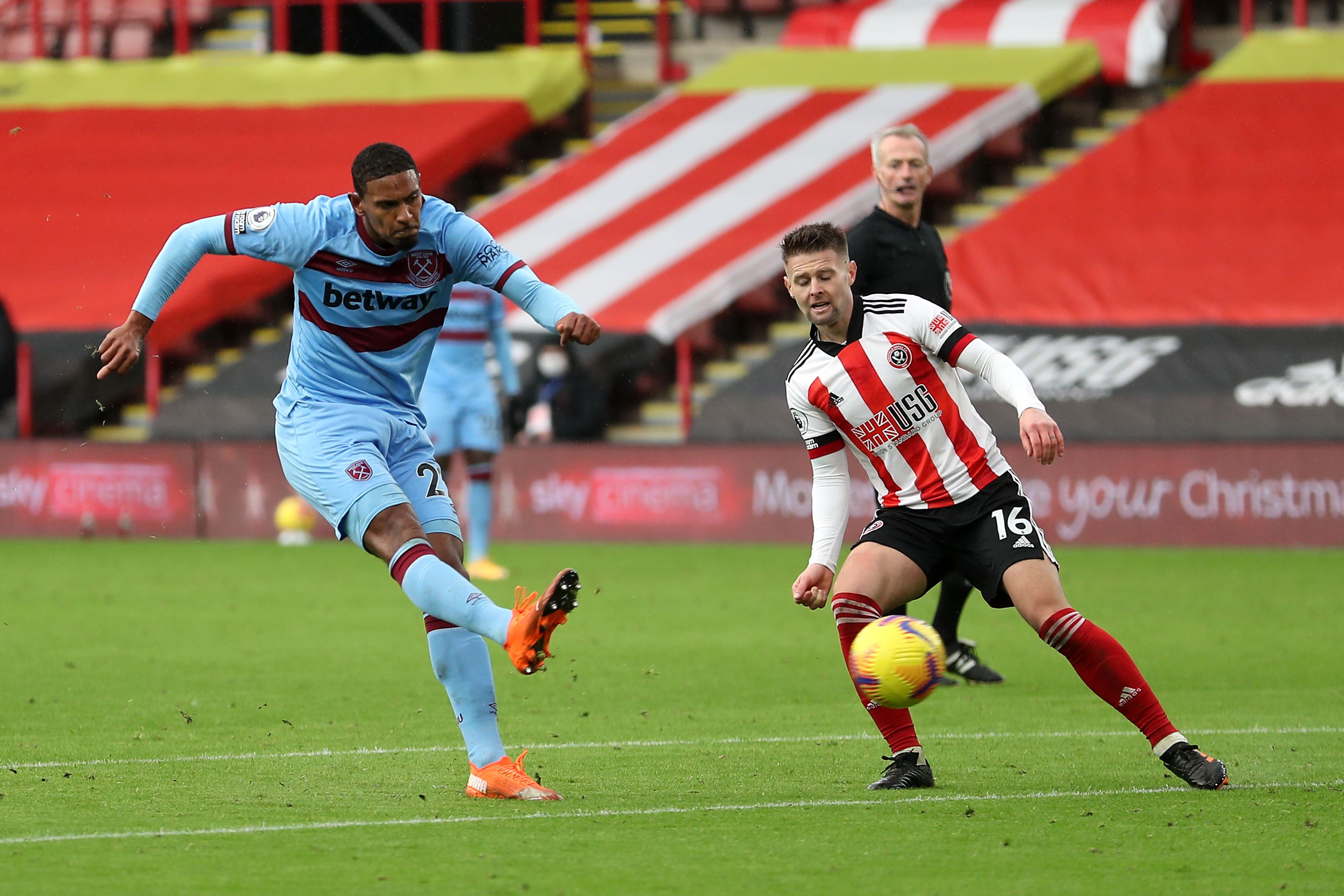 Sebastien Haller’s strike from the edge of the area was too powerful for Aaron RamsdaleCredit: AFP 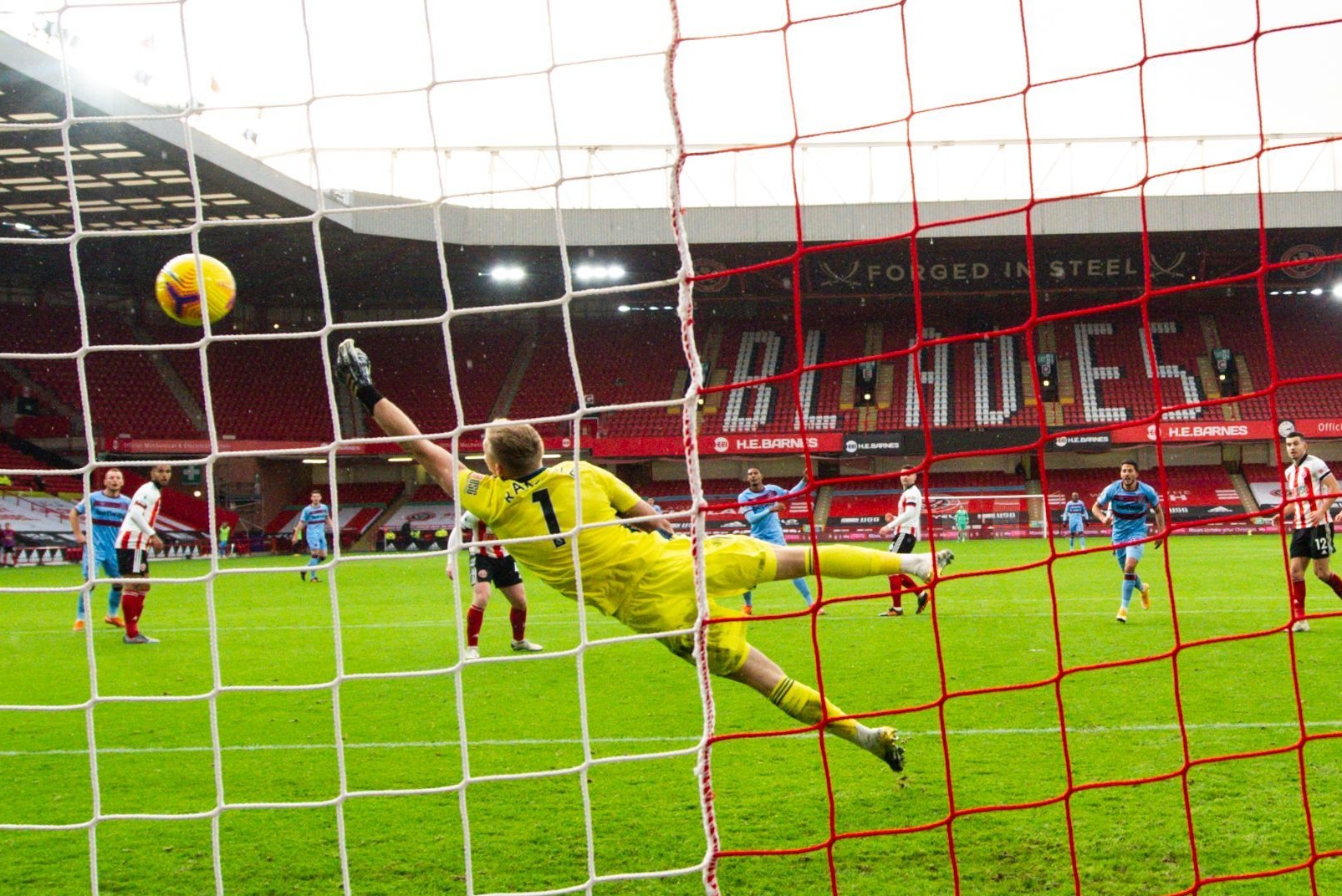 Sheffield United are without a win in their nine Premier League games this season and have just one pointCredit: Rex Features

And in doing so he left Chris Wilder’s side deep in the mire – and unless they wake up to their predicament soon then the drop might be staring them in the face.

This is no poor start to a season. When you include the end of the last campaign the Blades have collected just a single point out of the last 36 available to them.

Put simply, that is relegation form and unless things change quickly then their time in the top flight will come to an end.

They can’t score and can’t keep clean sheets either, and though he has done such a brilliant job as manager they are problems Wilder has to find an answer sharpish.

The Blades came out of the traps looking like a side who had been smarting all the way through the international break waiting to try to get their season back on track.

Twice in the opening three minutes they should have caught the Hammers napping as they started slowly, but on both occasions the finishes were of a side so starved of goals this season.

Barely 30 seconds were on the clock before Max Lowe crossed from the left for Oli McBurnie arriving six yards out but the Scot fluffed his attempted flick and the chance passed the home side by.

Then in the third minute a lofted ball from John Egan caught out Arthur Masuaka at left-back, allowing George Baldock a run into the area but he shot straight at Lukasz Fabianski.

Half chances they may have been but they are the kind of opportunities which need to be punished if a side is to climb out of the kind of slump Wilder’s side have been in.

West Ham woke up and started to dominate much of the play in the midfield, though were finding it hard to open up a Blades defence which had clearly come out desperate not to concede again.

That forced the visitors to start trying to gamble more players forward looking for a way through, and such an overload down the left almost led to their downfall on 24 minutes.

Norwood exposed the gap left by Aaron Cresswell joining the attack and the ball eventually reached McBurnie on the break, but he could only sting the hands of Fabianski when he should have done better.

West Ham almost punished the lack of potency in attack four minutes later when good play from Masuaka released Jarrod Bowen who laid on the chance for Vladimir Coufal who was denied a goal only by Aaron Ramsdale’s low save.

The better play was coming from the visitors, with the Yorkshire side having to rely on sitting deep and trying to catch the Hammers on the break.

But that was putting a lot of pressure on the defence to hold firm in the face of wave after wave of probing attacks from the Londoners.

And 11 minutes before the break they were completely undone when Pablo Fornals drifted in a cross from the left for Haller to cushion a wonderful header into the path of Tomas Soucek. 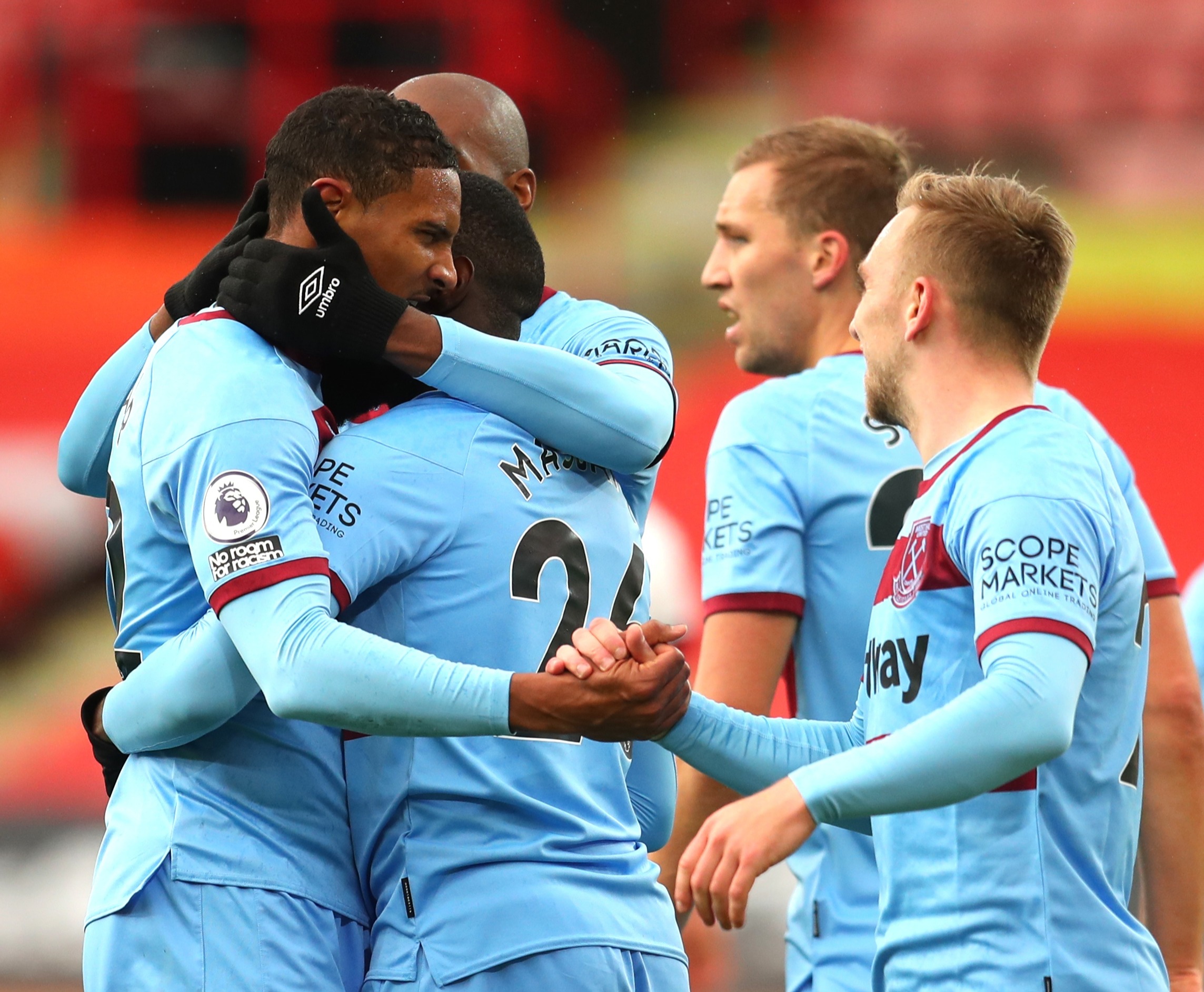 Haller was mobbed by his Hammers team-mates after opening the scoringCredit: Getty Images – Getty 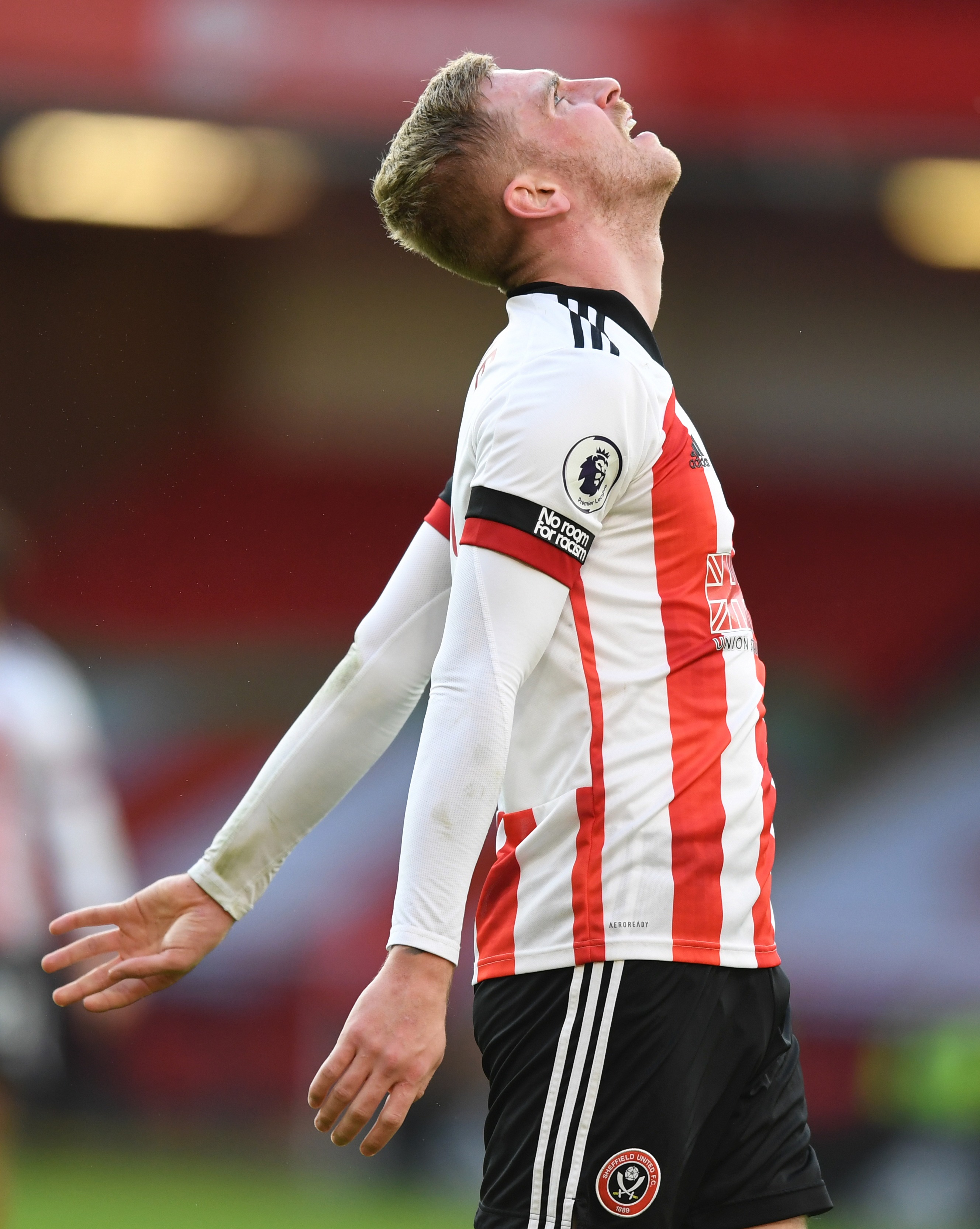 Oli McBurnie thumped the bar as his side looked to find an equaliserCredit: Daily Mail

The big Czech midfielder only had Ramsdale to beat six yards out but he somehow sliced his effort wide of target and the Blades somehow survived with their goal intact.

A header from McBurnie did force Fabianski into a diving save on a rare foray forward just before the break, but it was West Ham who you sensed were in command of things as the half drew to a close.

That pattern of play continued in the second half, and Ramsdale had to be sharp to plunge at the feet of Haller after the big striker had controlled a lovely Declan Rice ball and was about to let fly.

But on 56 minutes there was absolutely nothing the keeper could do to prevent Haller from firing West Ham into the lead just as a rainbow hung vividly over Bramall Lane.

The striker’s eyes lit up as a Fornals blocked shot rolled into his path and he let fly from 20 yards with a piledriver which Ramsdale could only help into the top corner.

Wilder needed a response from his side and threw on Rhian Brewster to go with three up front, and David McGoldrick went close with a long range effort which dipped over the bar.

But as they pressed for an equaliser they were leaving gaps in behind and West Ham should have doubled the lead with Rice strode forward to find Masuaka on the left, but his low cross was turned wide by Haller from six yards.

Rice then crashed a 72nd-minute header against the top of the crossbar as the Blades’ goal led a charmed life as the Hammers tried to bury the game beyond reach.

With such a slender lead there was always hope for the Yorkshiremen, and 15 minutes from time Brewster released McBurnie clean through but the striker blasted his shot against the bar and another chance went begging. 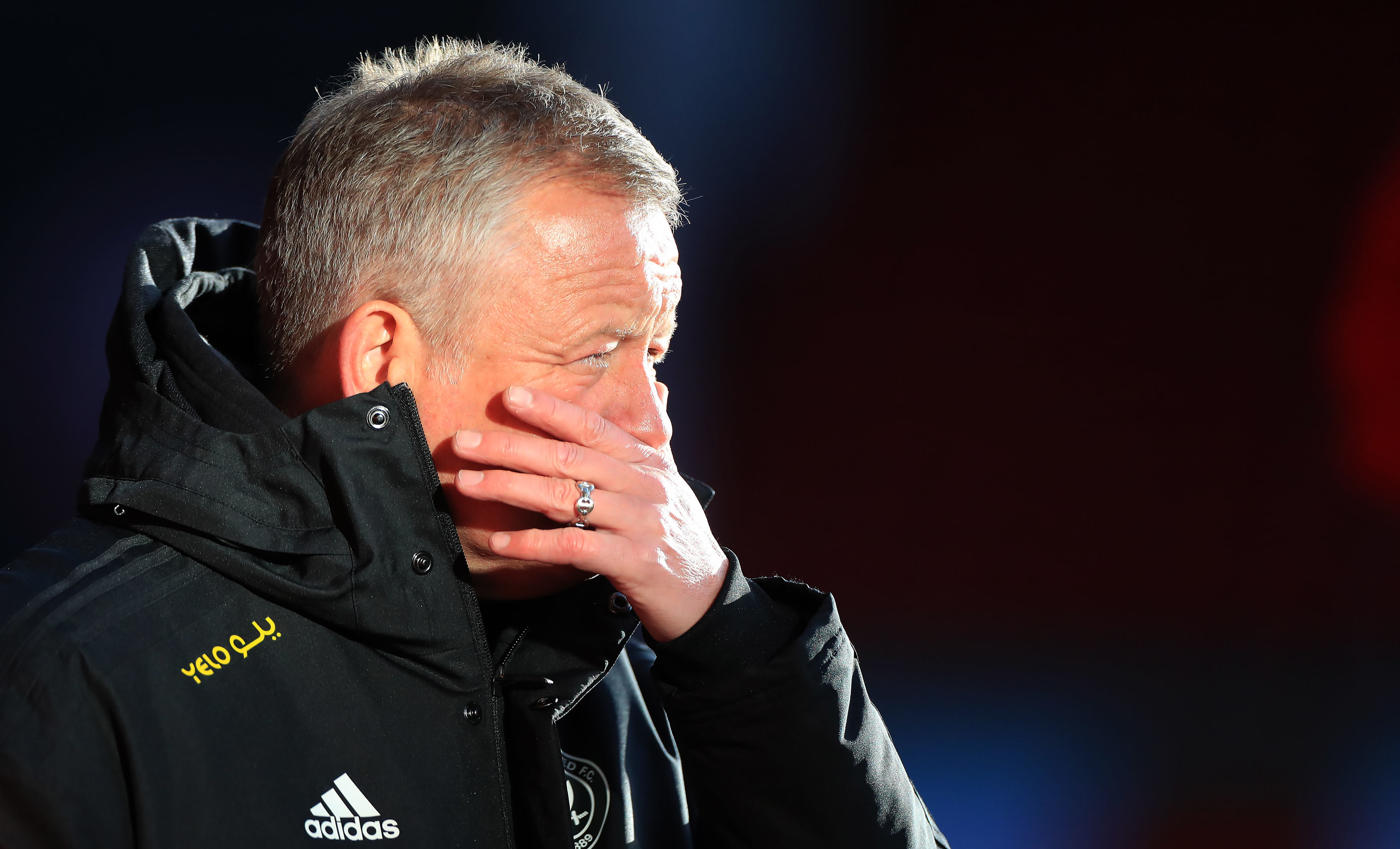 Things are looking bleak for Chris Wilder’s side who are not scoring goals nor keeping clean sheetsCredit: PA:Press Association