KATIE WILKINSON ‘is praying’ football chiefs can help Coventry United Ladies players and staff following the collapse of the Women’s Championship side.

Accountants are overseeing the ‘voluntary liquidation’ of the club with their squad and employees left without jobs TWO days before Christmas.

Coventry United Ladies have gone into voluntary liquidation despite turning professional at the start of the seasonCredit: Getty 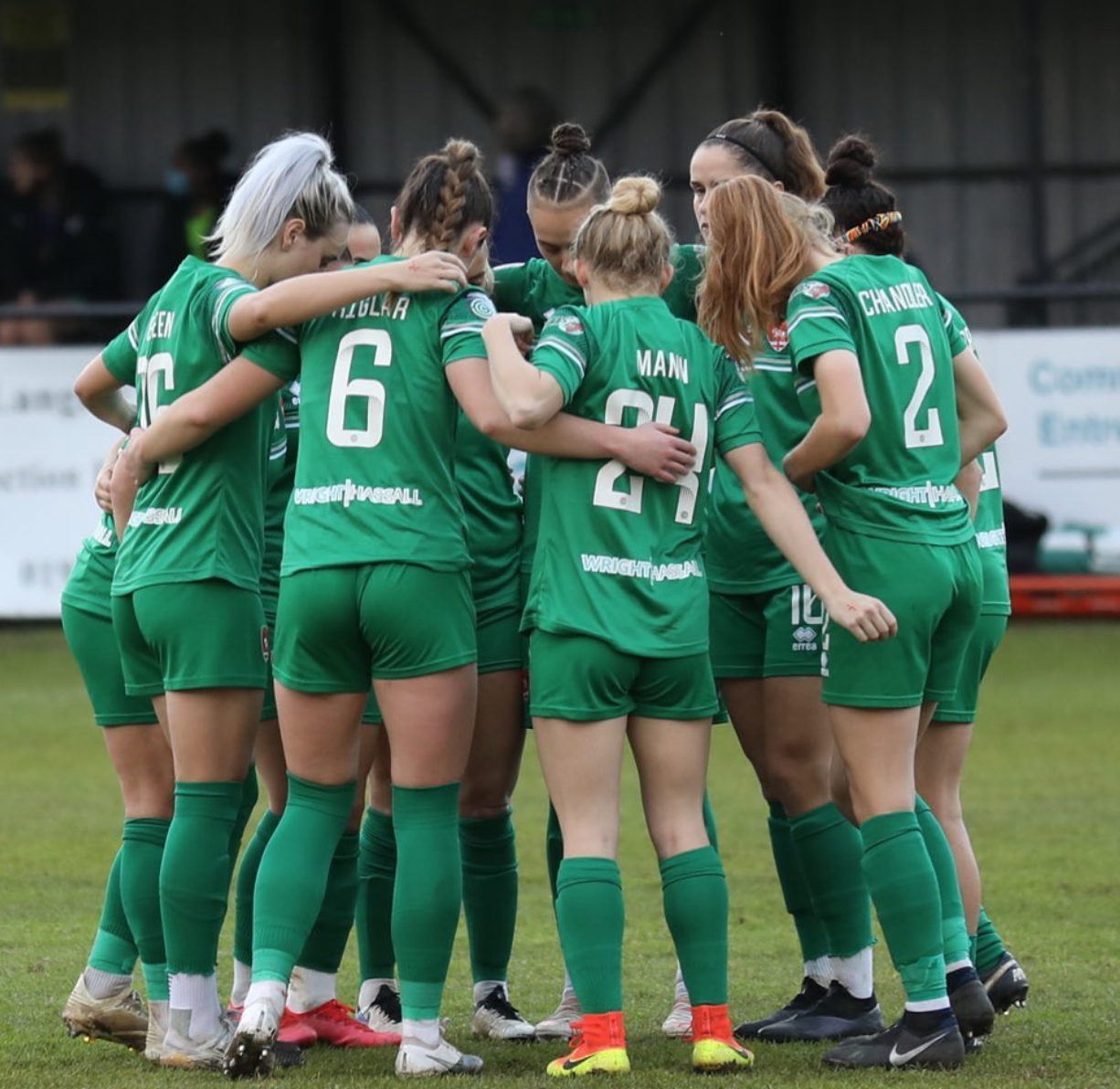 This is despite the club becoming a professional outfit at the start of this season and giving players full-time contracts.

A statement on club’s website said: “With regret, the board of directors have instructed BK Plus Limited to assist with placing the company/club into creditors voluntary liquidation.”

The news is reported to have shocked Coventry players and backroom staff with several with many expressing their dismay on social media platforms.

And The Telegraph reports players and staff were only informed of the club’s predicament earlier today.

Players and staff are reported to have been released.

In a post shared via her Twitter account, Wilkinson, 26, wrote: “I’m truly lost for words and absolutely gutted and heartbroken for this group of players and staff.

“We had absolutely no indication that the club was in such financial difficulty.

“It just feels so cruel that at what should be one of the happiest times of the year, our livelihoods, our financial security and our club has been taken away from us just two days before Christmas.”

Wilkinson, who is a two-time Women’s Championship golden boot winner, joined Coventry on a two-year deal in July this year following a two-term stint at Sheffield United

The forward, who began her senior career at Birmingham in 2013, played for Blues, Aston Villa and London Bees previously.

In her tweet, the Cov United striker added: “What’s hard to swallow right now, is that I know many of my team-mates have sacrificed amazing jobs, careers, homes, families and more to become full-time professional footballers for Coventry United.

“I just hope and pray the FA, the PFA, clubs, players and fans within our amazing football community can come together and support my team-mates in finding new clubs to play the game they love.”

Coventry became a professional side after business officials Steve Quinlan, Darren Landon and Paul Marsh bought a 49 per cent stake in the club.

The trio own cleaning and hygiene products firm Mirius which is based in the city.

Coventry United Ladies entering liquidation has left its players, staff and other figures across the women’s game stunned. 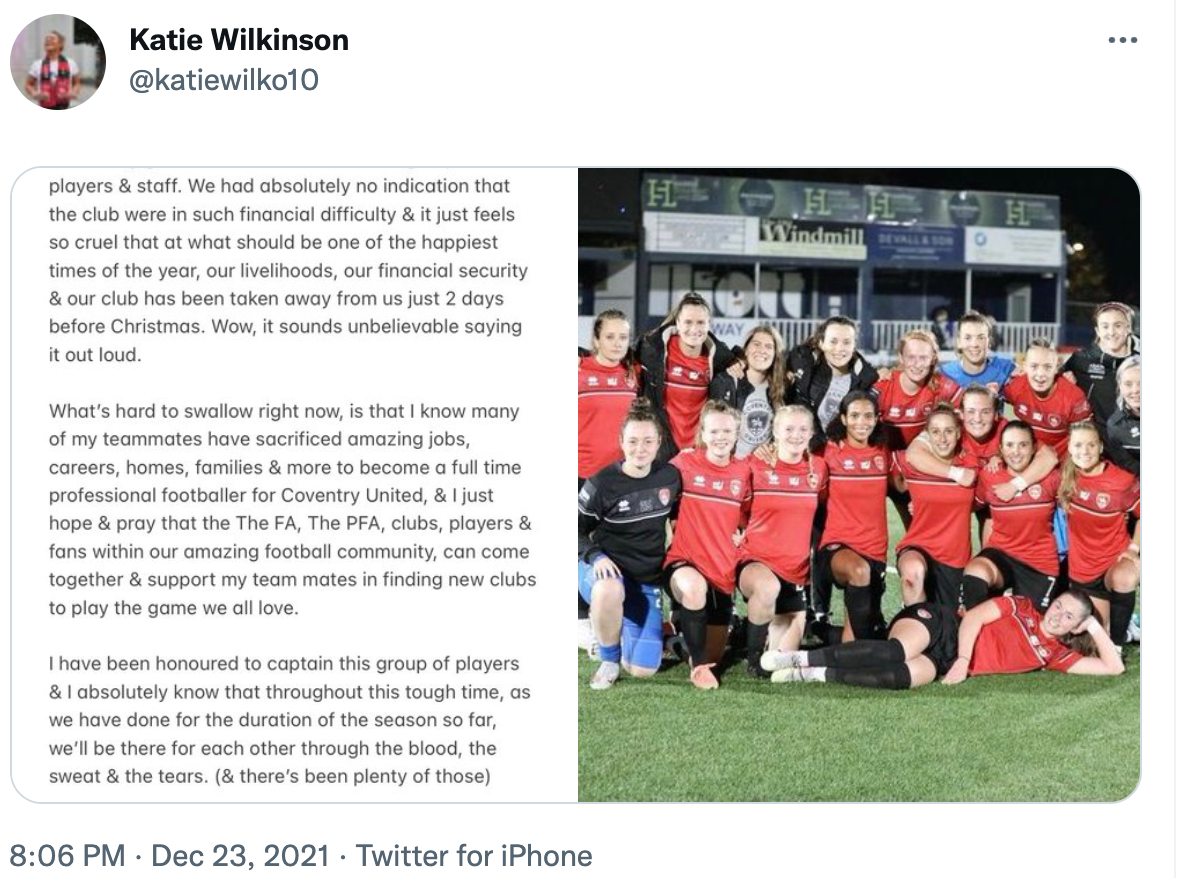 The club’s goalkeeper and Wales international Olivia Clark described the situation as ‘heartbreaking’.

“To come into work and to find out that you no longer have the job that you’ve always dreamed of is heartbreaking.

“Thanks for making me a professional footballer and for the best two seasons. The best group of girls you could ask for, Red and Green forever.”

And Tottenham boss Rehanne Skinner was disheartened to see the problems facing Coventry just eight days after her side’s 3-2 defeat of the Midlands side in the Conti Cup.

In a tweet, Skinner wrote: So disappointing to see the situation at Coventry Utd Women. “We were just there Weds last week.

“Dedicated players and staff trying to drive the game forward, now hit with this before Christmas.

“Shouldn’t still be in a position where teams can disappear overnight, feel for all involved.”