The Catalan giants were 2-0 down with just three minutes to play but somehow staved off elimination with a late show. 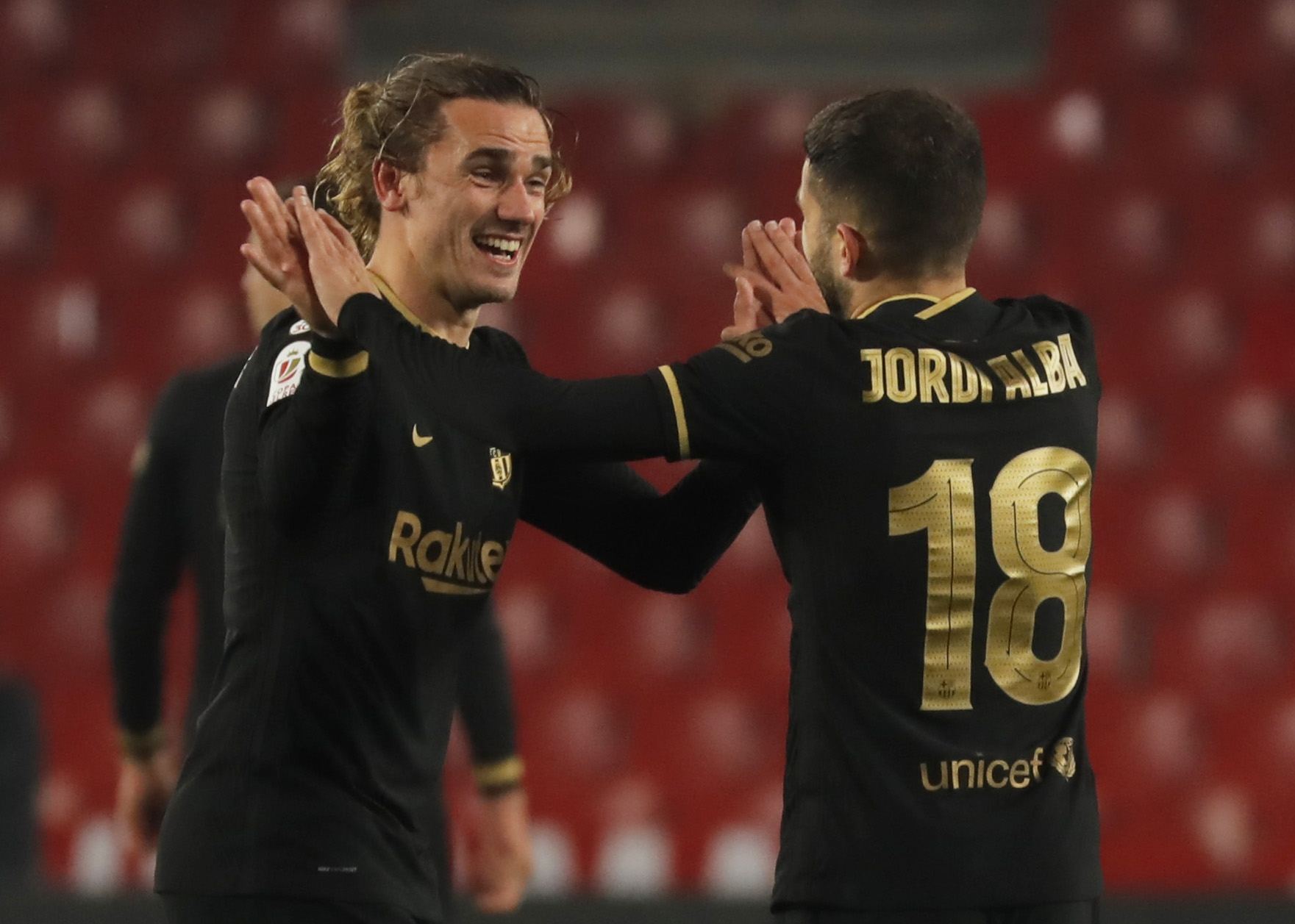 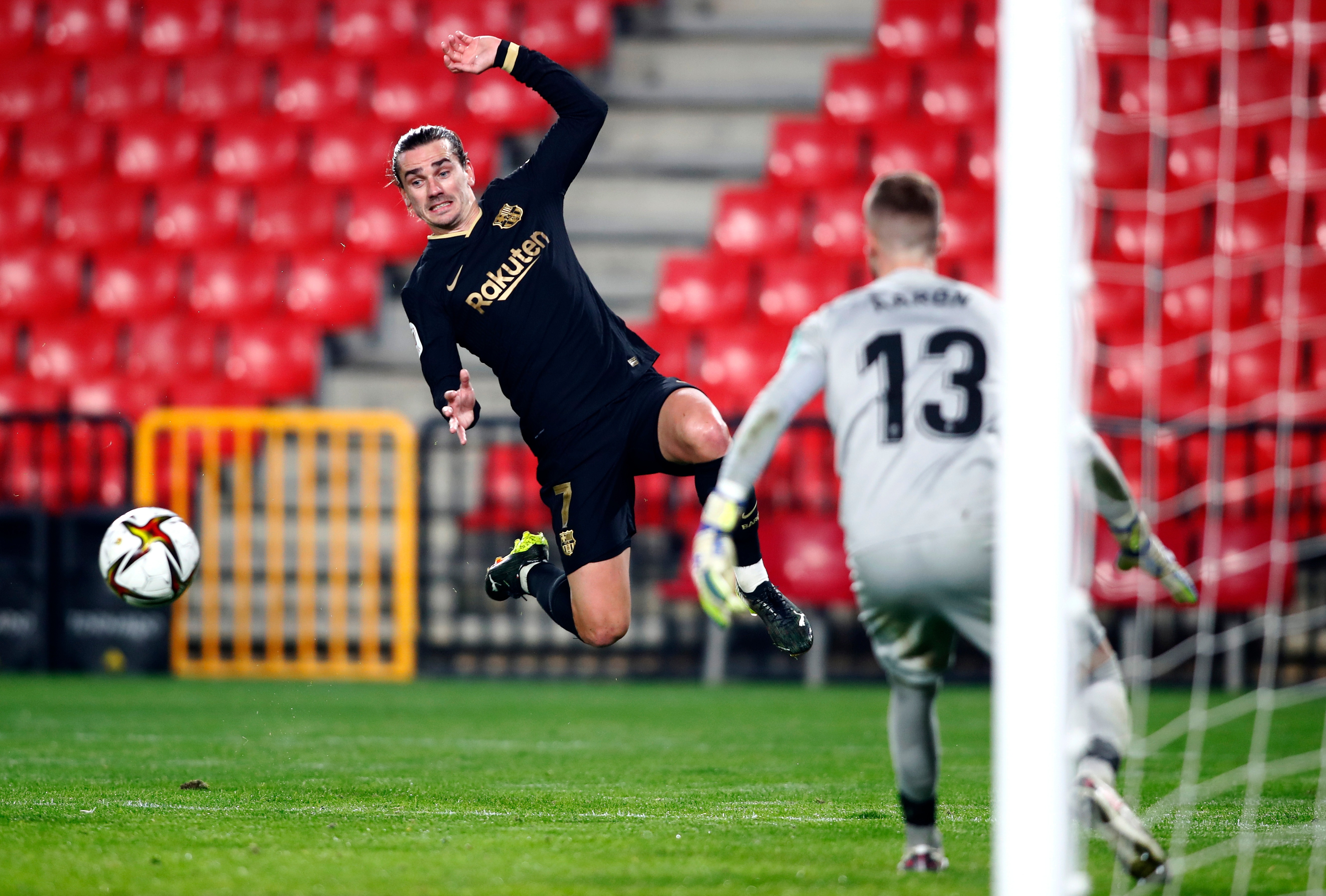 The French forward scored twice in the extra-time win at GranadaCredit: Getty Images

And both those Granada goals were scored by Premier League outcasts – ex-Chelsea winger Kenedy and former Spurs striker Roberto Soldado.

Antoine Griezmann scored twice, including the goal that sparked the comeback, as Ronald Koeman’s men won 5-3.

The Nou Camp side booked their spot in the semi-finals after a pulsating win in southern Spain.

Kenedy handed Granada a shock half-time lead when he scored on the half-hour mark.

And that lead was doubled moments after the break by Soldado as Barcelona were staring at an embarrassing defeat.

The Catalan side are 10 points off the pace in La Liga and were watching another chance of silverware slip away from them.

But Lionel Messi and Griezmann combined to give Koemen’s men hope in the 88th minute.

French forward Griezmann then turned provider for Jordi Alba to score a dramatic equaliser in the second minute of injury-time. 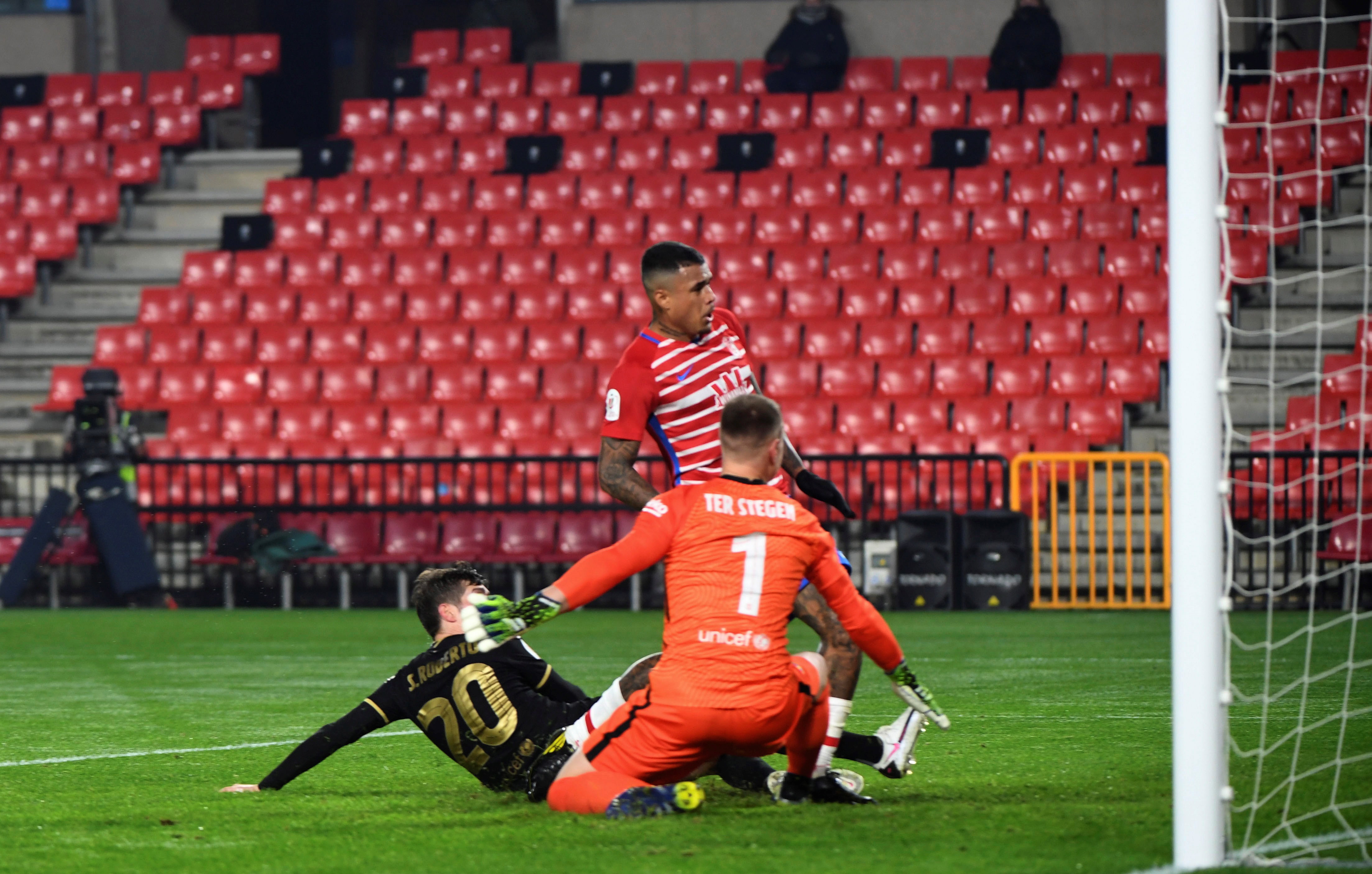 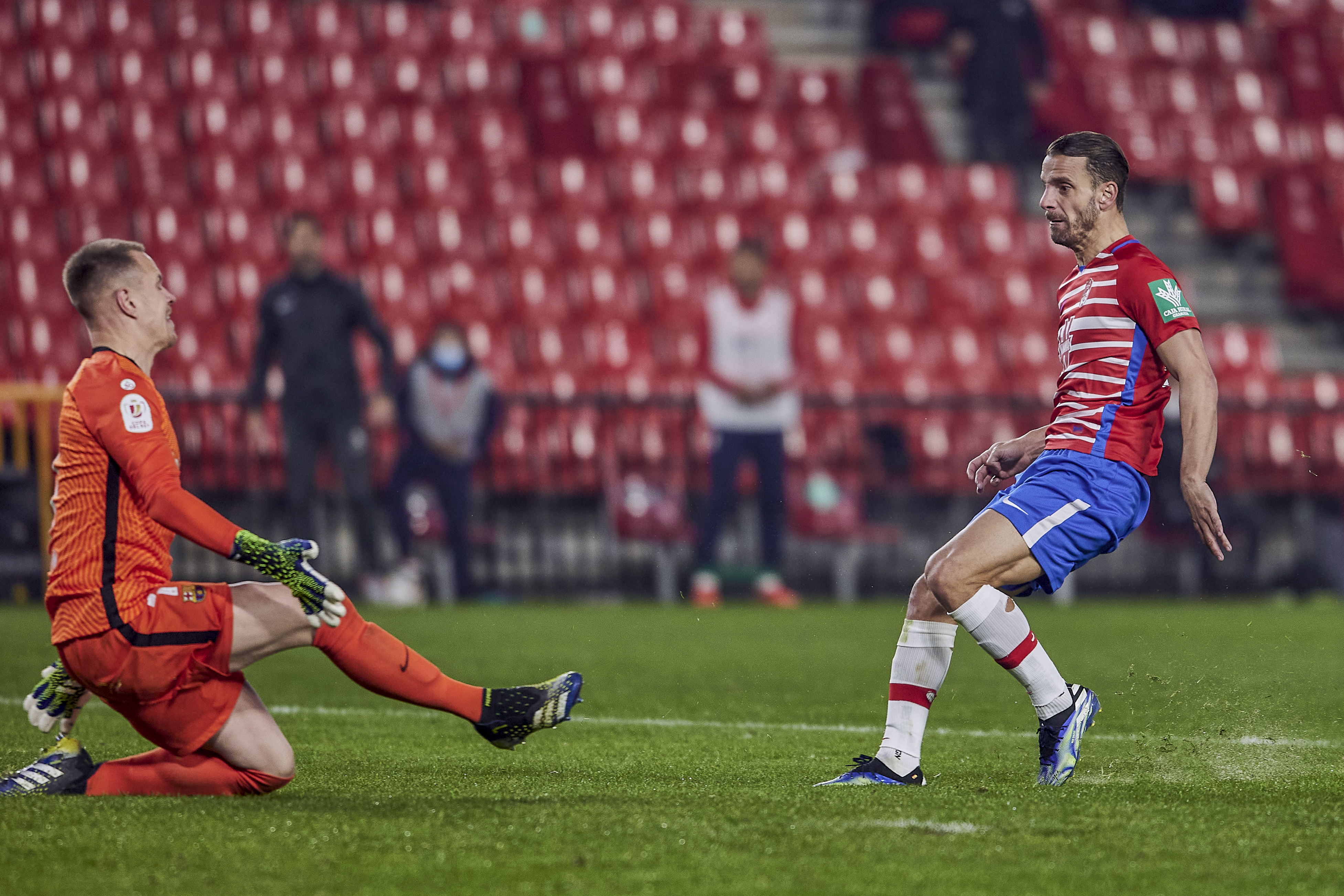 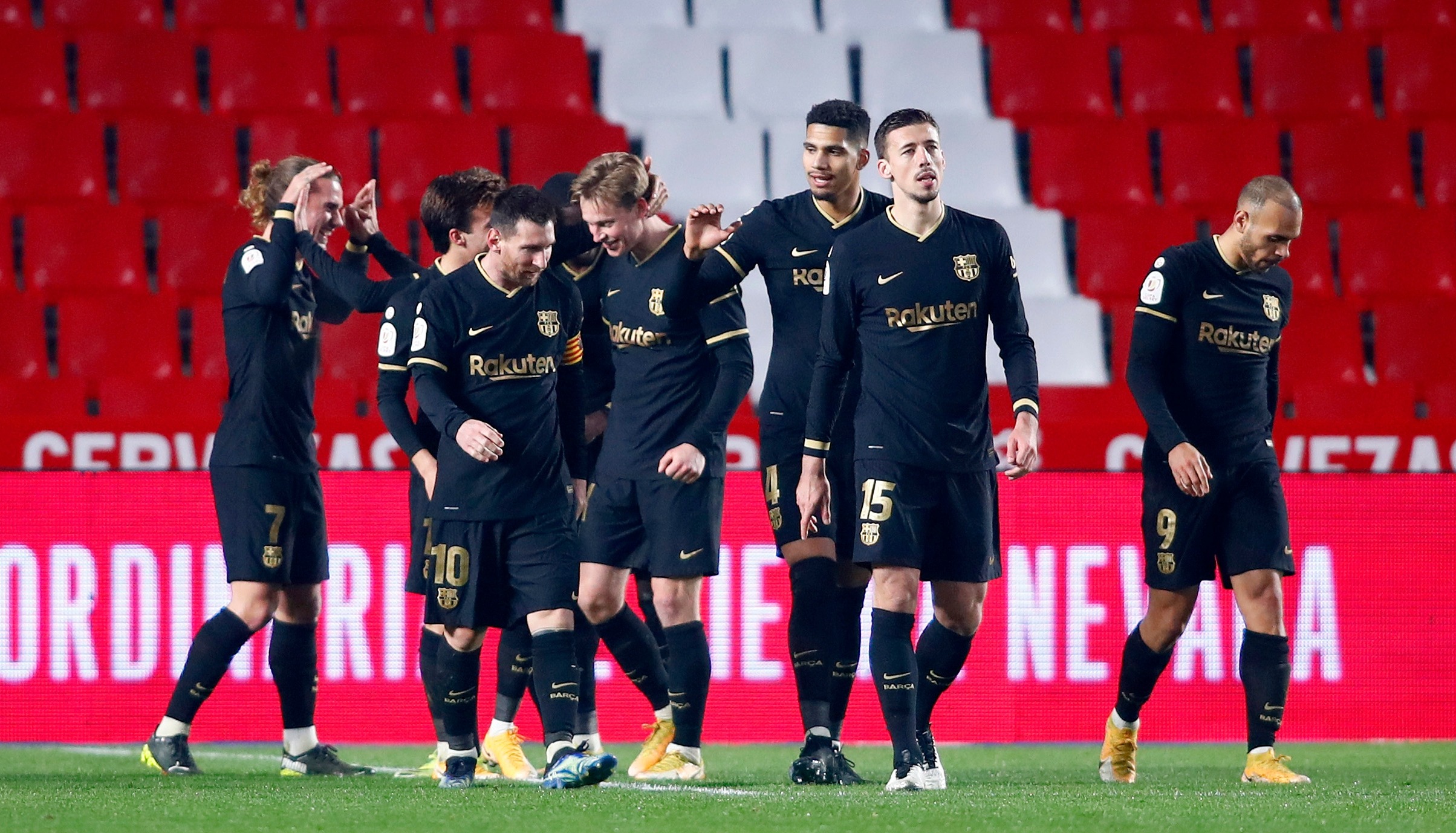 But Barcelona fought back in brilliant fashion to win in extra-timeCredit: Getty Images – Getty

And it was the Griezmann show in extra-time as well as he gave Barcelona the lead on the 100-minute mark.

Alba assisted that strike for Griezmann, but he turned villain a few minutes later when he conceded a penalty with Fede Vico converted to make it 3-3.

But Griezmann and Alba would link up again in the second period of extra-time.

The Copa del Rey is Barca’s best chance of silverware this season with Real and Atletico Madrid both out.

Koemen’s side moved into the last four – joining Sevilla and Levante.