Sunday’s comeback win over Brighton, sealed by an 83rd-minute Mason Greenwood header has them on the brink of rejoining European football’s elite once more next season. 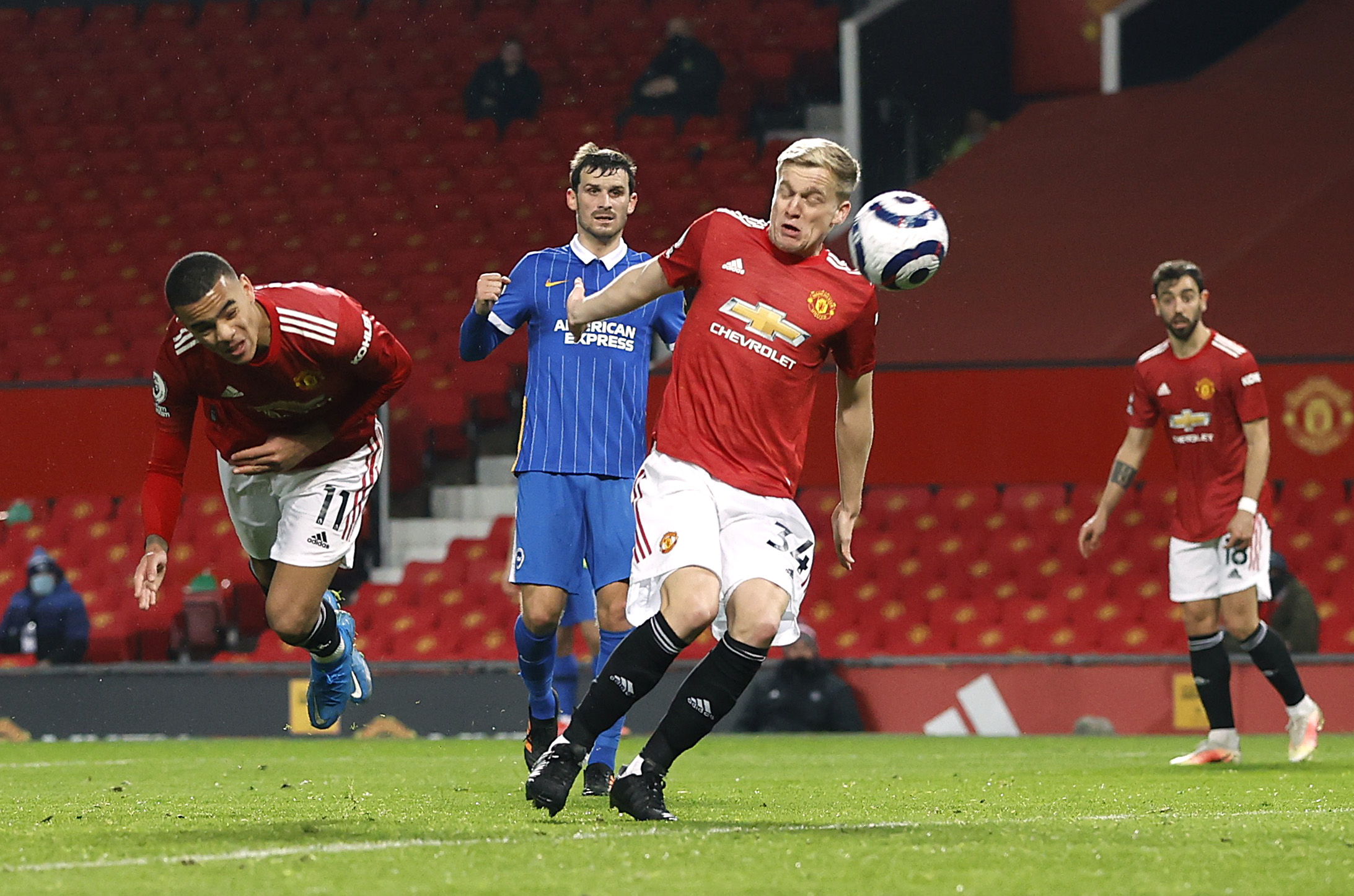 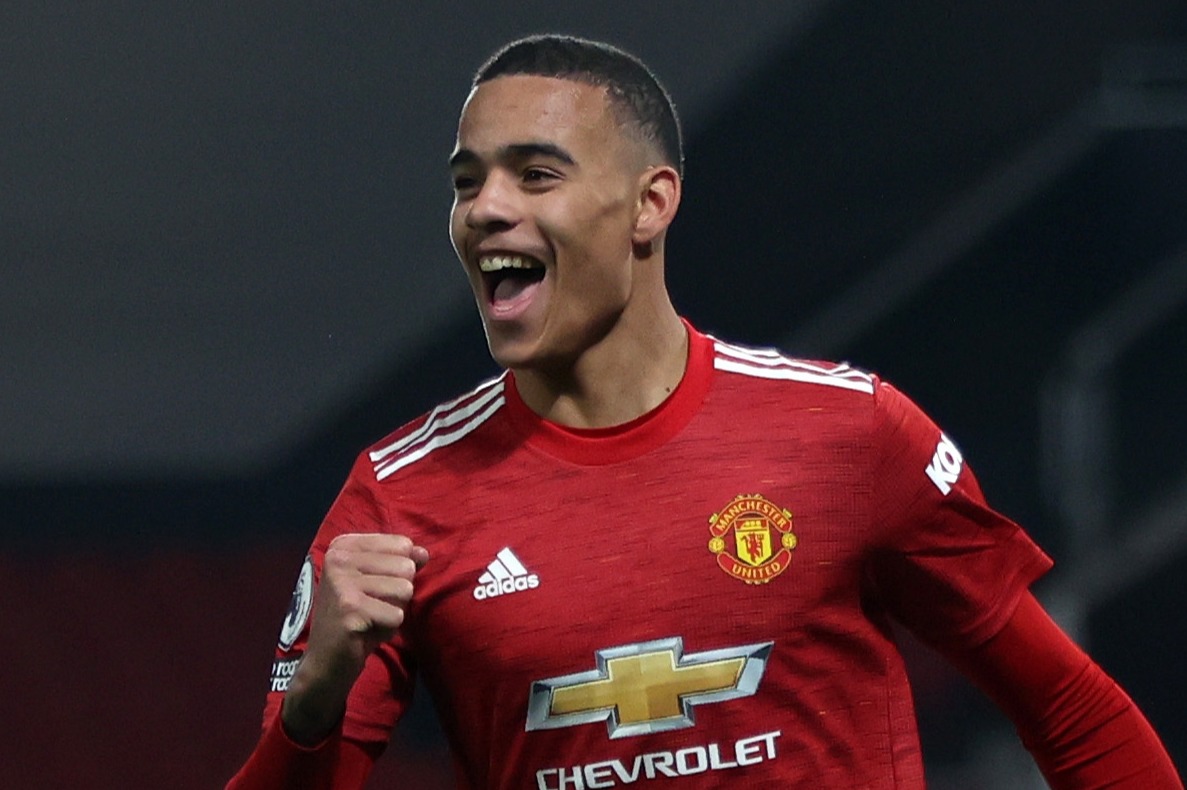 The striker’s header made him United’s third-highest teenage scorer in the Premier LeagueCredit: Getty

The gap is now 11 points between them in second and fifth-placed Tottenham, who they meet next week.

United still have Liverpool and Leicester to play as well in their final eight games, but there does not look like being any squeaky bums at Old Trafford.

They had to recover from a wretched first-half performance to win this one.

Ex-United striker Danny Welbeck had given the visitors a 13th-minute lead.

But the Red Devils are used to biting back in the second period and after Marcus Rashford levelled with a superb sidefoot finish in the 62nd minute, Greenwood grabbed the winner.

So that’s three more goals from the United academy from which all the scorers graduated.

Unfortunately for Manchester United his last three here have been for the opposition.

Greenwood with the header! 🙌

Less than ten minutes to go, the United youngster stays on his toes to put United in front 💪

A late winner from a young talent, seen that before 🔴⚫ pic.twitter.com/4ogIoTAXeS

It has been too long since his rejection at the hands of Louis van Gaal for there to be any tempering of celebrations.

Particularly not when his header looked for a long time like it might put Brighton within touching distance of Premier League safety.

He added that to a winner he got here in the FA Cup quarter-final back in March 2015 for Arsenal.

In scoring in this game the now veteran 30-year-old, became the first to get three Premier League goals against United after leaving them.

United had started sloppily and the goal came from them needlessly giving away possession.

Paul Pogba was the guilty man with a loose ball that Leandro Trossard snapped up. He fed it straight on to Pascal Gross, who released Neal Maupay down the right.

The cross was perfectly delivered, evading Victor Lindelof for Welbeck to power a header down. 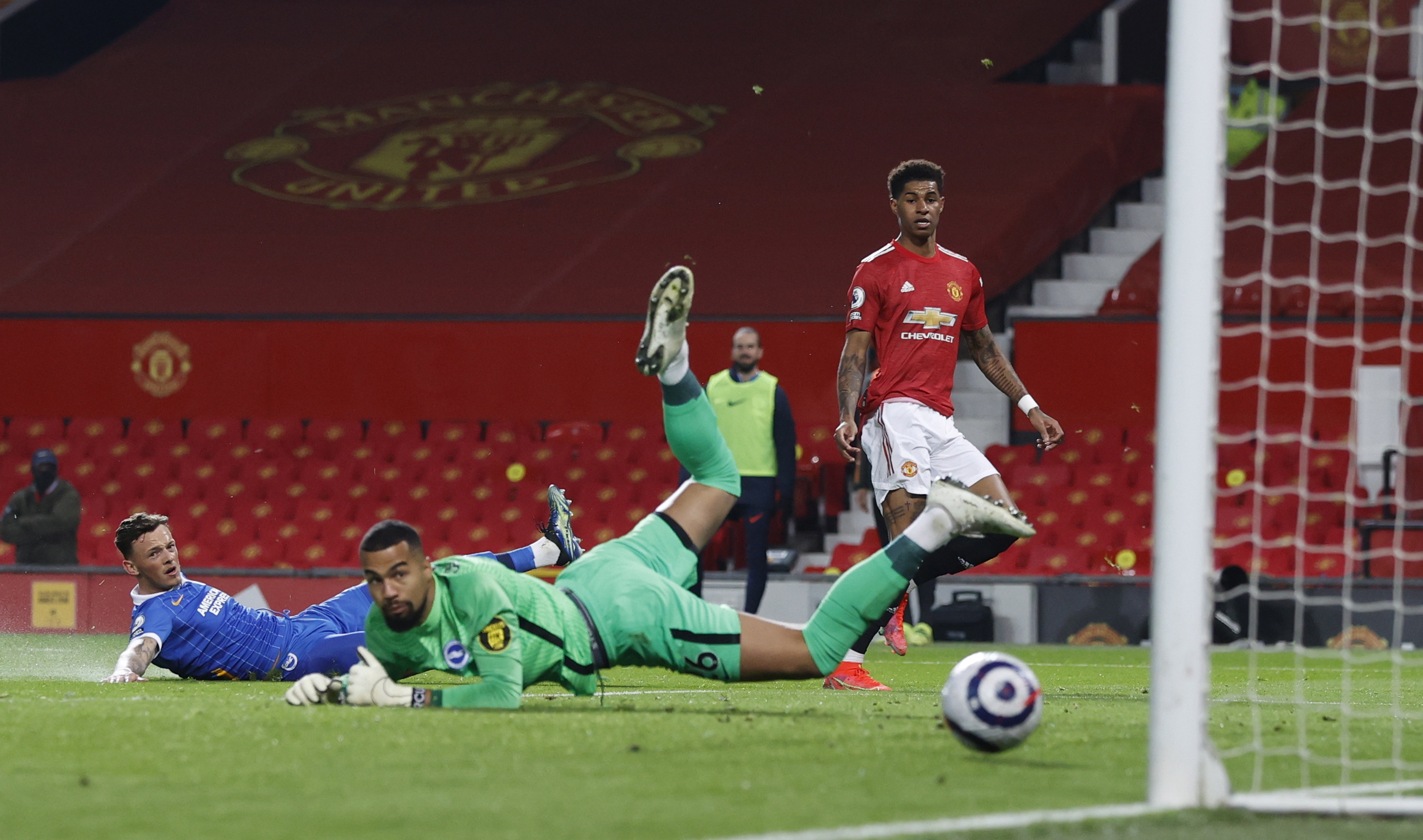 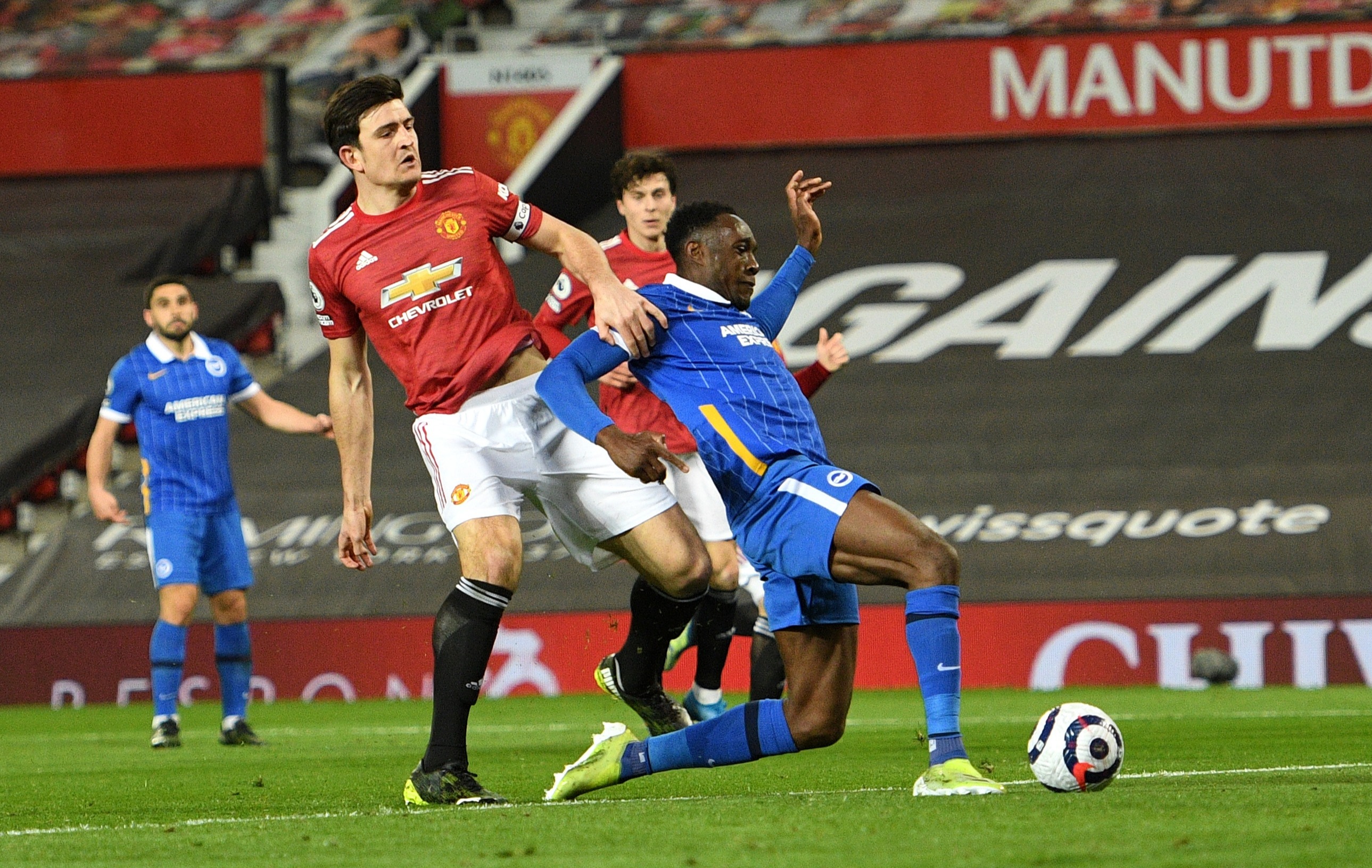 Somehow Dean Henderson kept the point-blank effort out with his foot but the ball popped up invitingly for Welbeck to nod back past him.

It could have been more but for Henderson, who just six minutes later sprang to the air to tip over a powerful Lewis Dunk header.

Henderson was of course the big call on the day by Solskjaer, opting for him instead of David De Gea.

Henderson had performed well in a run of six games after De Gea had been given time off for the birth of his first child.

This was surely the biggest signal yet that he will be number one for the remaining league games – and next season too.

A few others could be as well if they keep performing like they did in the first period.

It brought them just one decent effort on goal when Greenwood hit the right-hand upright.

Bruno Fernandes and Edinson Cavani in particular were just not on the same wavelength and seemed irritated with each other early on. 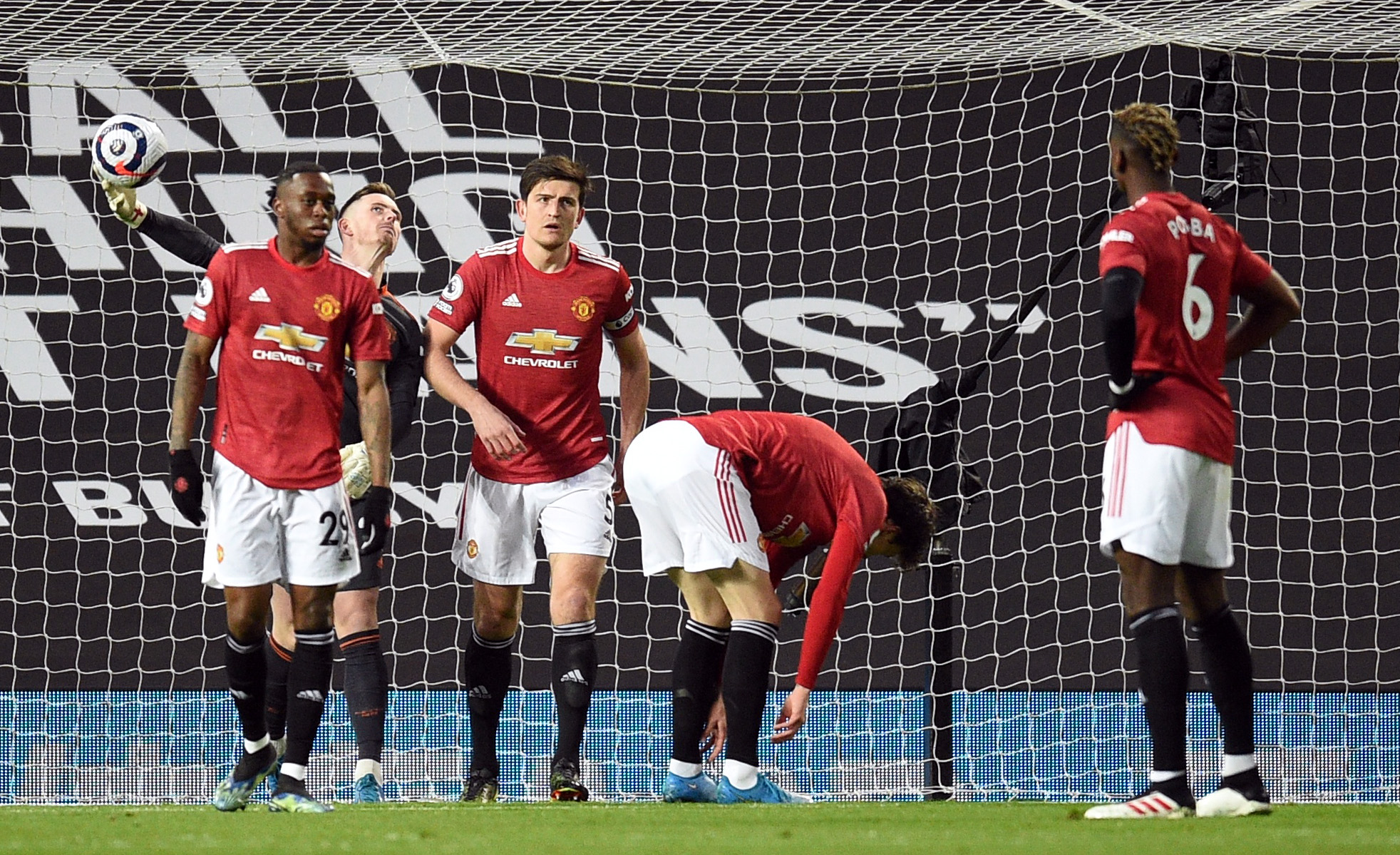 The hosts had to come back from behind again to tighten their grip on second placeCredit: Reuters 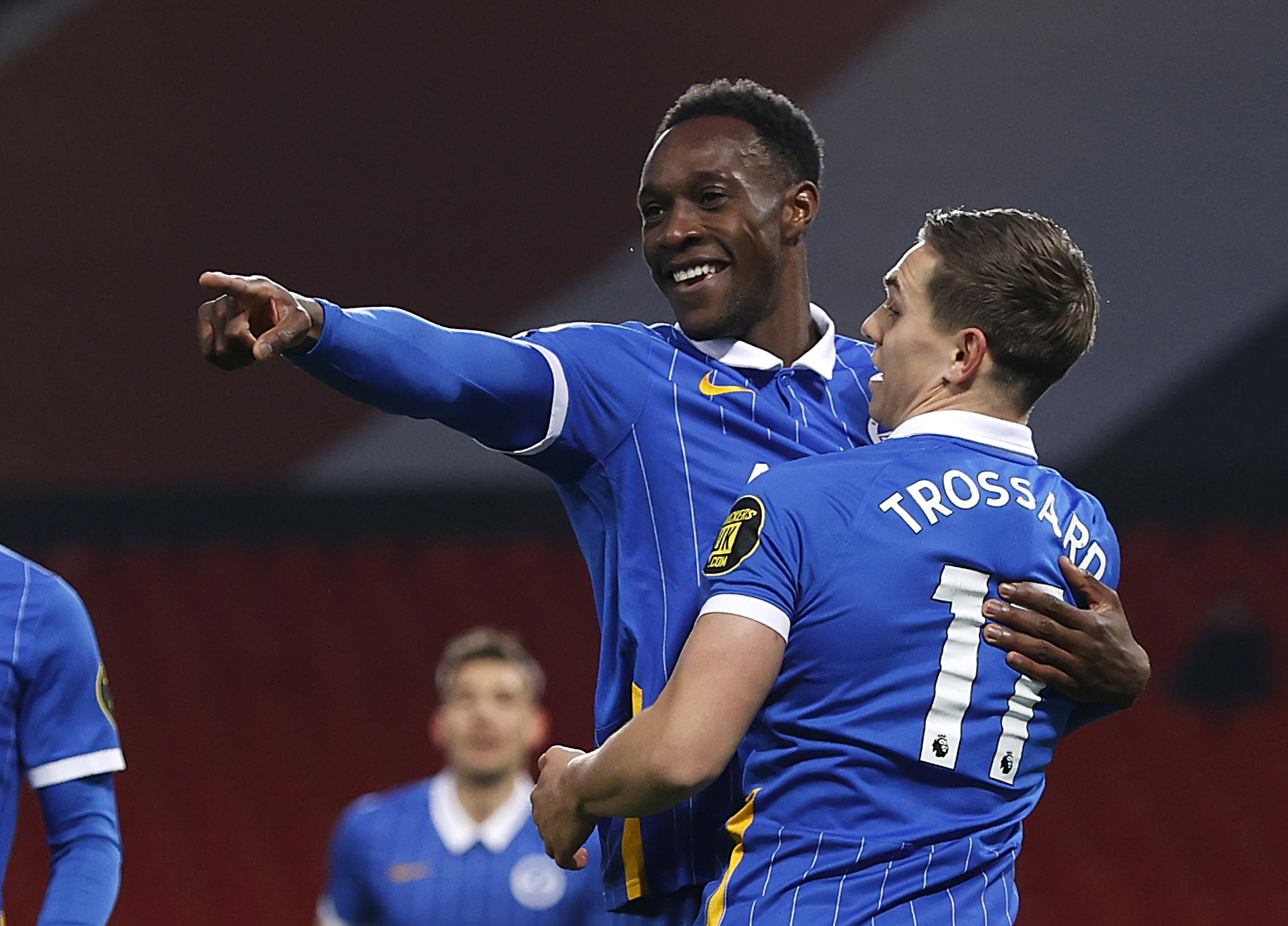 Welbeck reminded his first club of his striking pedigreeCredit: Reuters

Paul Pogba was too deep to have any influence going forward and Rashford just wasn’t seeing enough of the ball.

Solskjaer had been bellowing from the technical area and you can bet he was in the changing rooms at the break as well.

The response came with Rashford levelling things up.

Joel Veltman’s challenge for a high ball with Edinson Cavani only helped it into the path of Bruno Fernandes.

He tried to make up for his error by fouling Fernandes just outside the box.

But the Portuguese playmaker had been able to get the ball away and into the path of Rashford, who cooly side-footed a shot across Robert Sanchez and in.

Brighton were not done though and will feel more than a little aggrieved that neither Mike Dean nor VAR Peter Bankes thought they deserved a 70th-minute penalty.

Maupay played a ball in from the right and Welbeck stretched for it but was put off by Maguire.

The United captain, making his 100th appearance for the club, had his hand on his shoulder and appeared to hold him back as he tried but failed to make contact.

The Brighton players screamed penalty but Bankes and Dean – didn’t they do cinema ads? – said no.

Fernandes had a thumping low shot spilled by Sanchez and Greenwood scooped the loose ball over. He had another go that went straight to the goalkeeper.

Then the winner came.

Fernandes chipped a ball into the box, Pogba mishit his shot into the ground but the ball bounced up for Greenwood to head home from close range.

Lucky, yes, but United had upped their game in the second-half and the pressure finally told.