MASON GREENWOOD was the matchwinner as Manchester United came from behind to beat Brighton.

It wasn’t the most eye-catching of performances, but the three points puts United firmly in the driving seat for second place behind big rivals Man City. 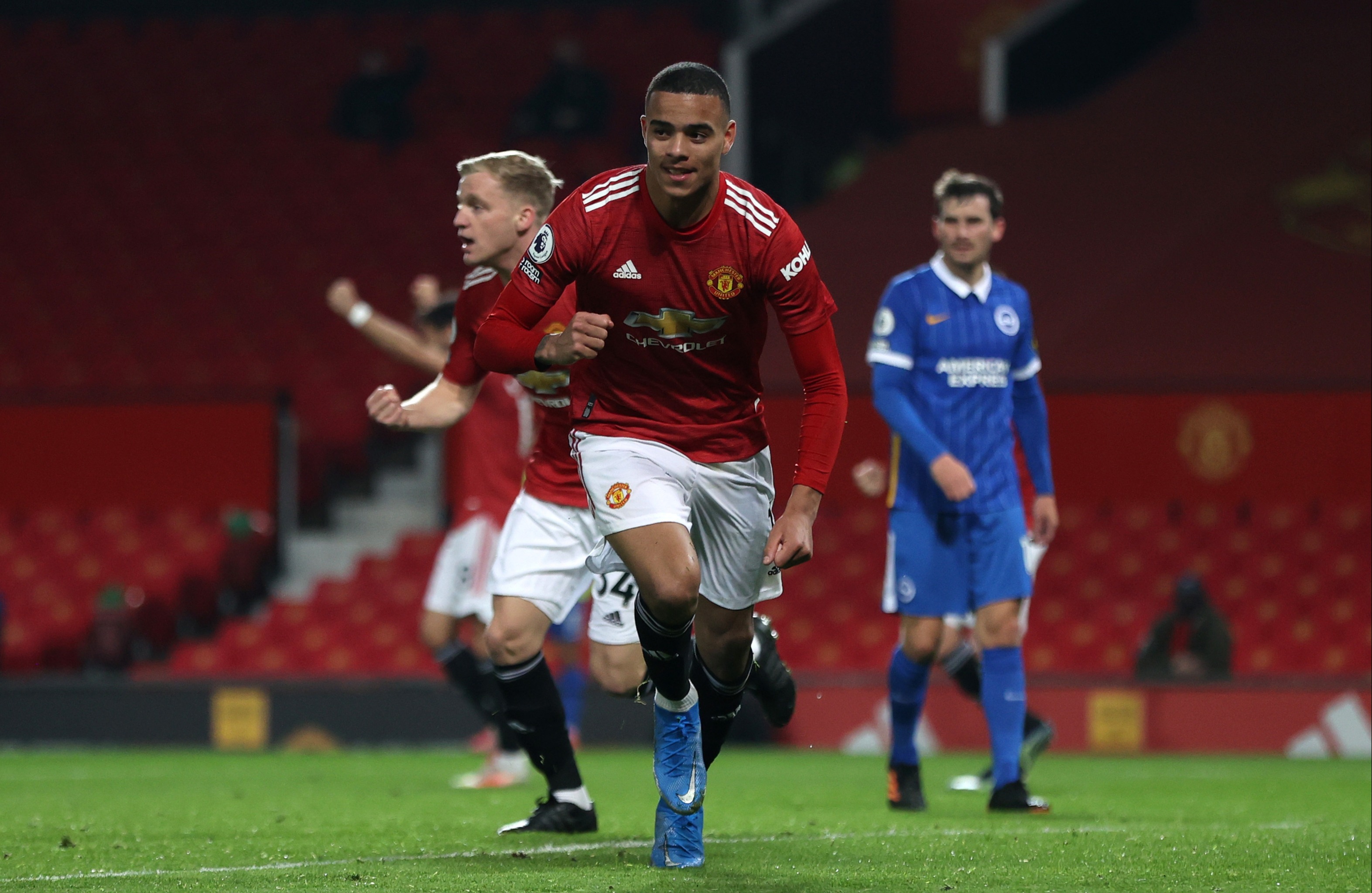 Mason Greenwood was the matchwinner for United on a tricky nightCredit: Getty

Marcus Rashford had cancelled out old-boy Danny Welbeck’s opener for Brighton, who battled hard but lacked that cutting edge.

Made a great point-blank save from Welbeck, but unfortunately couldn’t get near the rebound.

Held his nerve as Brighton piled forward for the equaliser and looked commanding in his area.

Benefitted from a rest recently but you wouldn’t have known in a subdued first 45.

Caught under the ball for Welbeck’s opening goal.

But battled well against the former Red Devil and Neal Maupay and is very much a confidence player.

Looked his usual composed self on the ball, but needed to give his team-mates some more urging during that dour first 45.

Became a pressing midfielder in the second half as United raised their line well into the Brighton half. 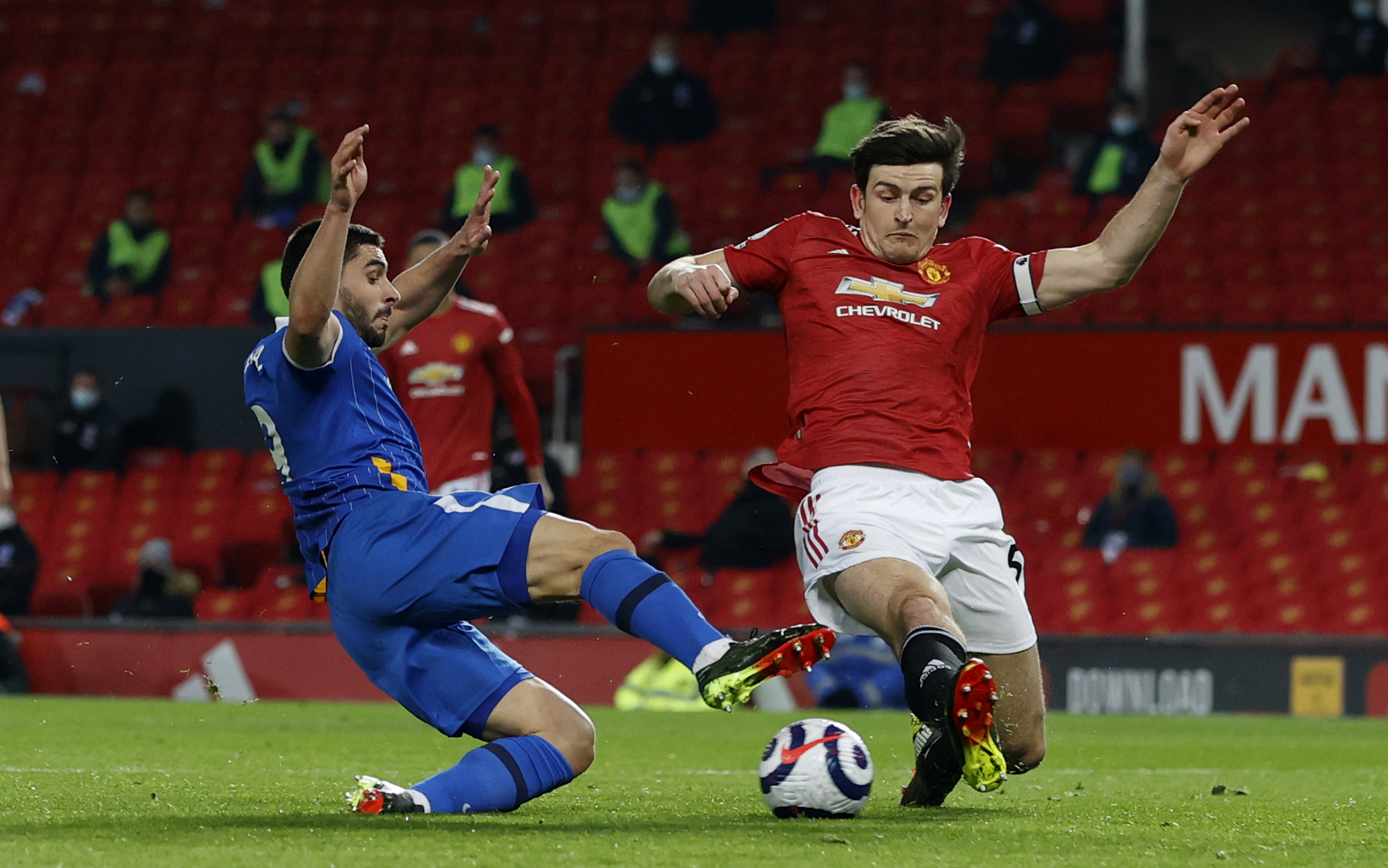 Harry Maguire led from example as he dragged United’s performance up a levelCredit: PA

Made his usual marauding runs in the first half, but often found himself in blind alleys.

Kept going forward in the second half and his confidence is flying him into the left-back spot for England at the Euros.

United’s trophy-winning teams of yesteryear demanded more of their midfielders than ‘looking busy’.

The Brazilian would be a good squad player going forward but surely doesn’t merit being a regular starter these days.

Frenchman was preferred to the likes of McTominay and Van de Beek in the middle of the park, but had a quiet first 45.

Stunning pass into Fernandes on the hour mark that the Portuguese star should have done better with. 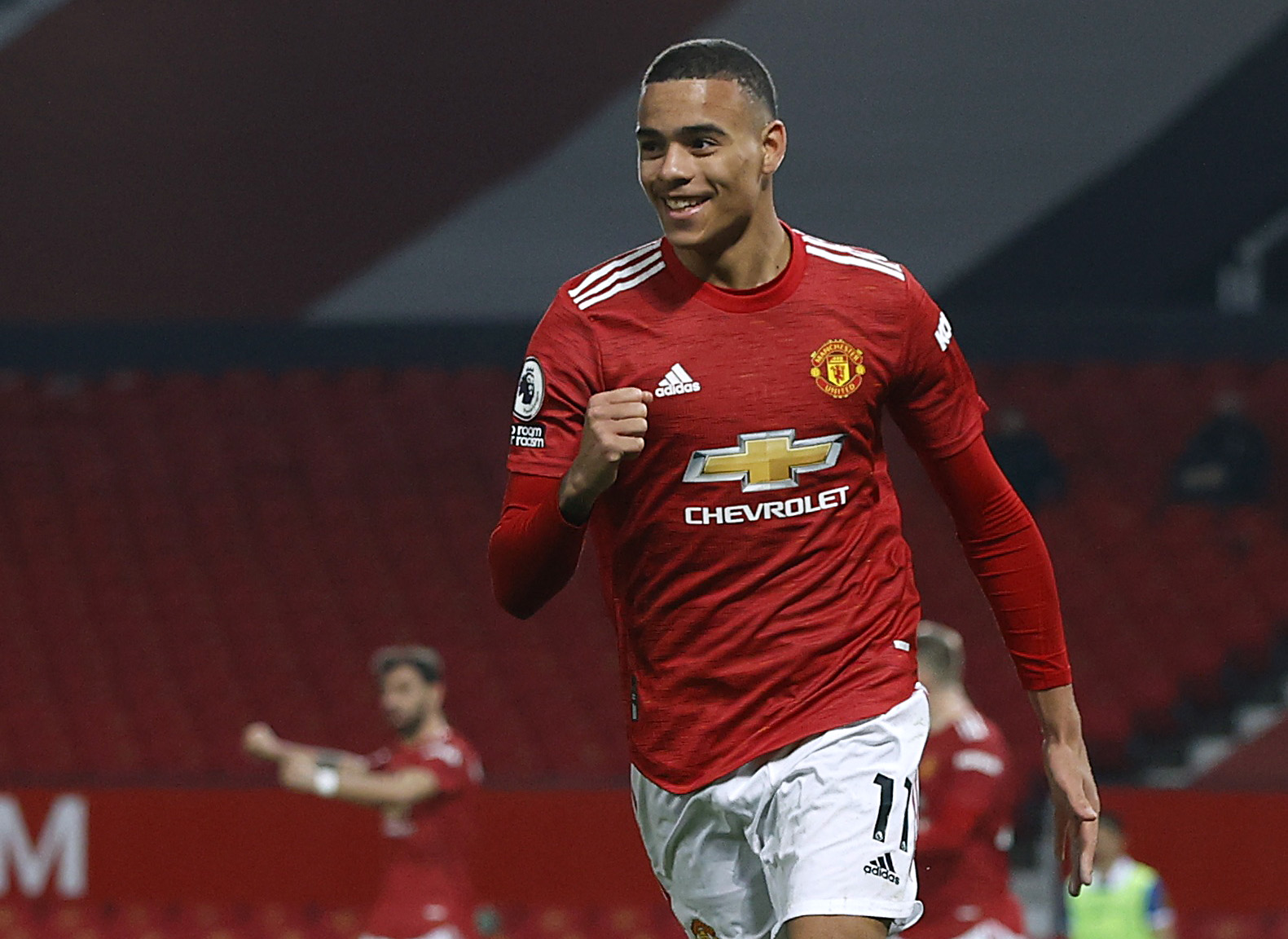 Greenwood marked his man of the match performance with the winnerCredit: Reuters

Looked the most lively of United’s attacking players in the first half, and hit the post with a rasping drive.

Confidence carried into the second, and wasn’t afraid to have a run and shot – and his header was a real poacher’s effort.

Injured his back early on, and that seemed to knock him off his game.

But still got his trademark assist for Rashford’s equaliser and was involved in the winner – standard.

You’d have forgotten he was playing that poor first-half showing.

But the true sign of a world class player is they never take their eye off the ball, and he slotted home a beautiful equaliser before being subbed off ten minutes later with injury. 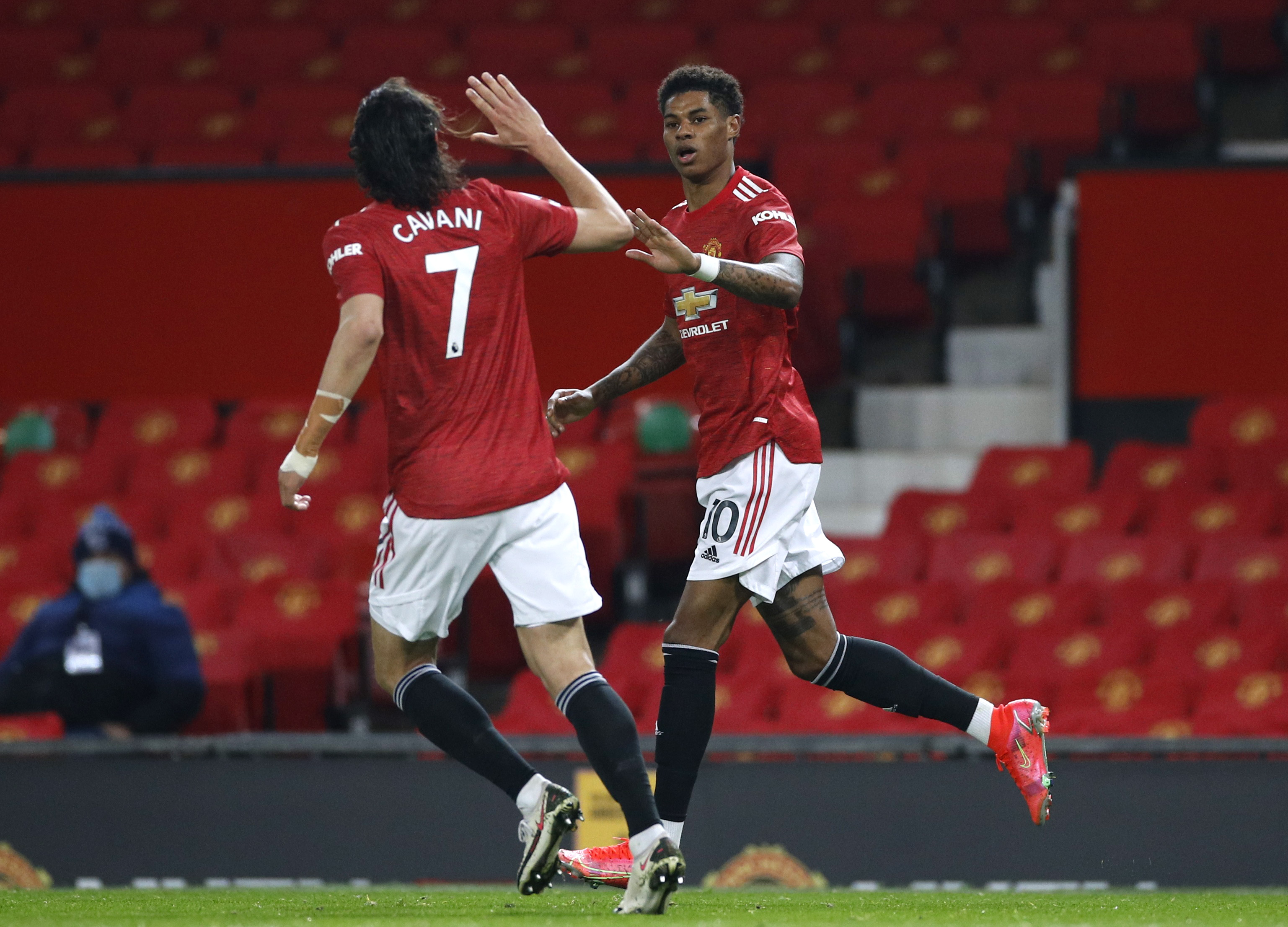 Rashford takes the congratulations from Cavani after equalisingCredit: Reuters

Had to watch the midfield pass it around without ever actually getting the ball into his feet in the first 45.

But was a lifeless display up top for the 34-year-old Uruguayan and no surprise to see him subbed off.

Tried to get United motoring to complete a turnaround, and played his part in that.

Unlucky as if Greenwood wasn’t there he would have probably scored the winner as he was just behind. 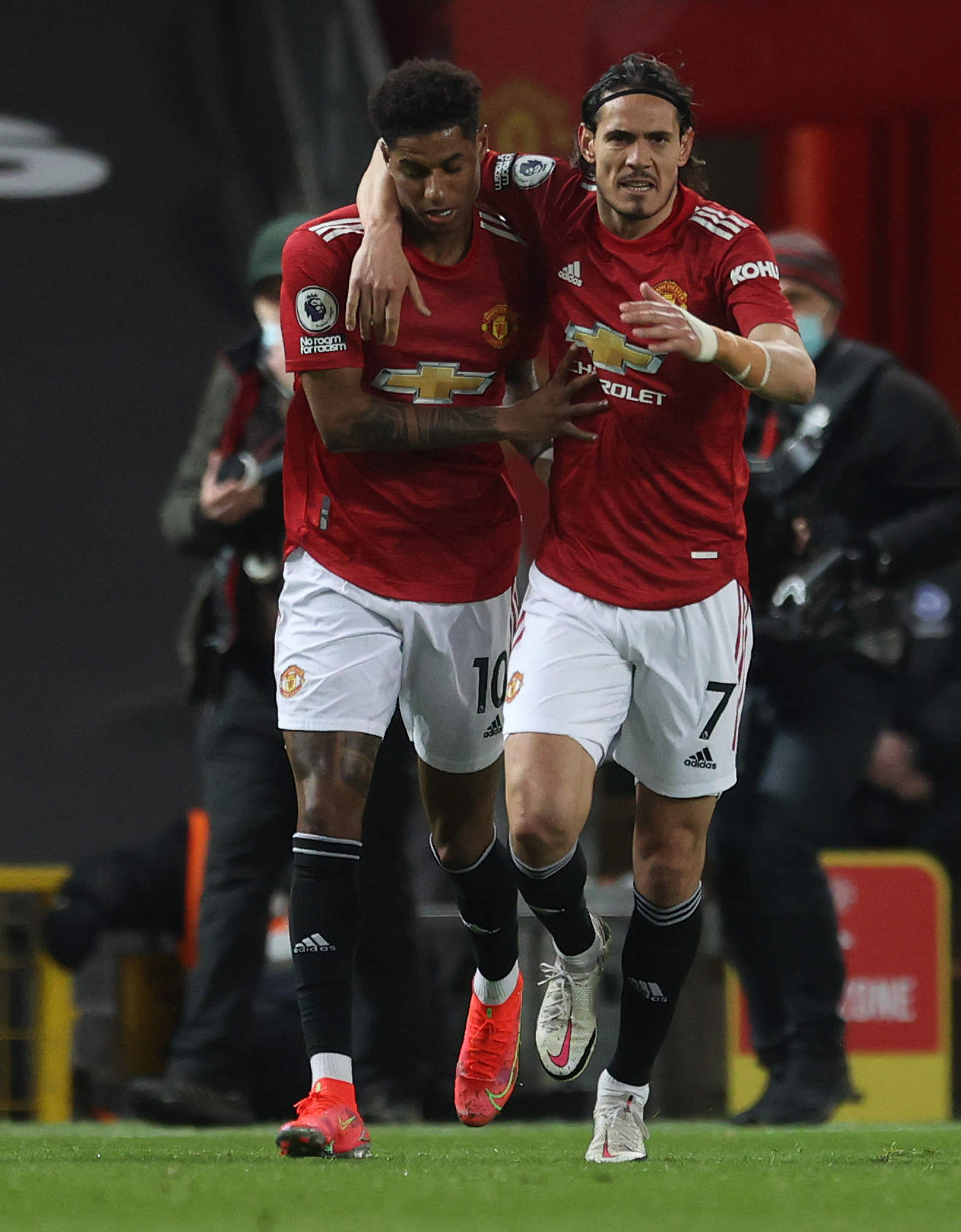 Cavani, right, had a poor game leading the lineCredit: Mark Robinson – The Sun