The Red Devils looked set to drop points at home against Burnley for a fifth straight season when James Tarkowski headed them level early in the second-half. 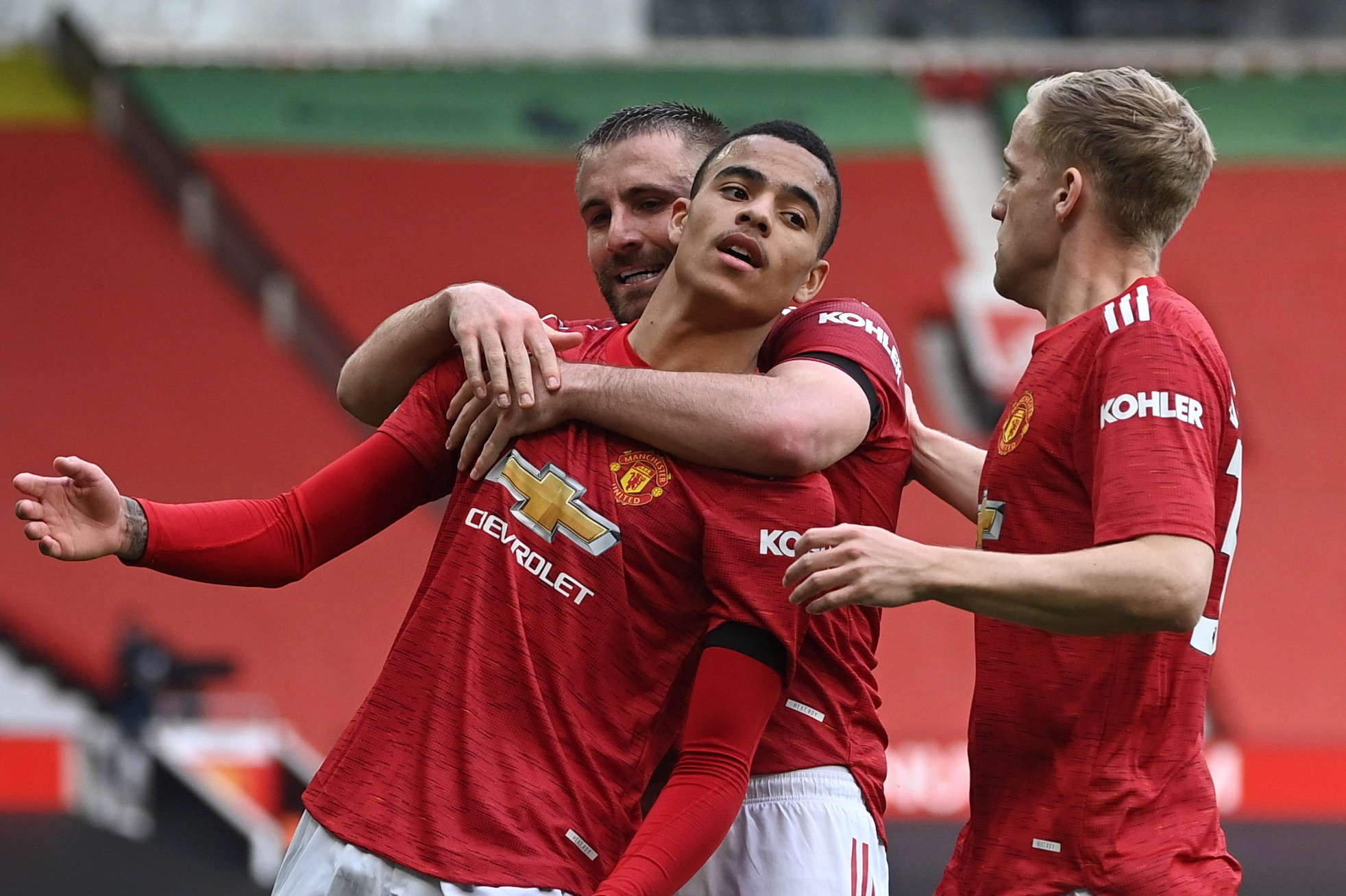 Mason Greenwood was the hero for Manchester United on SundayCredit: Reuters 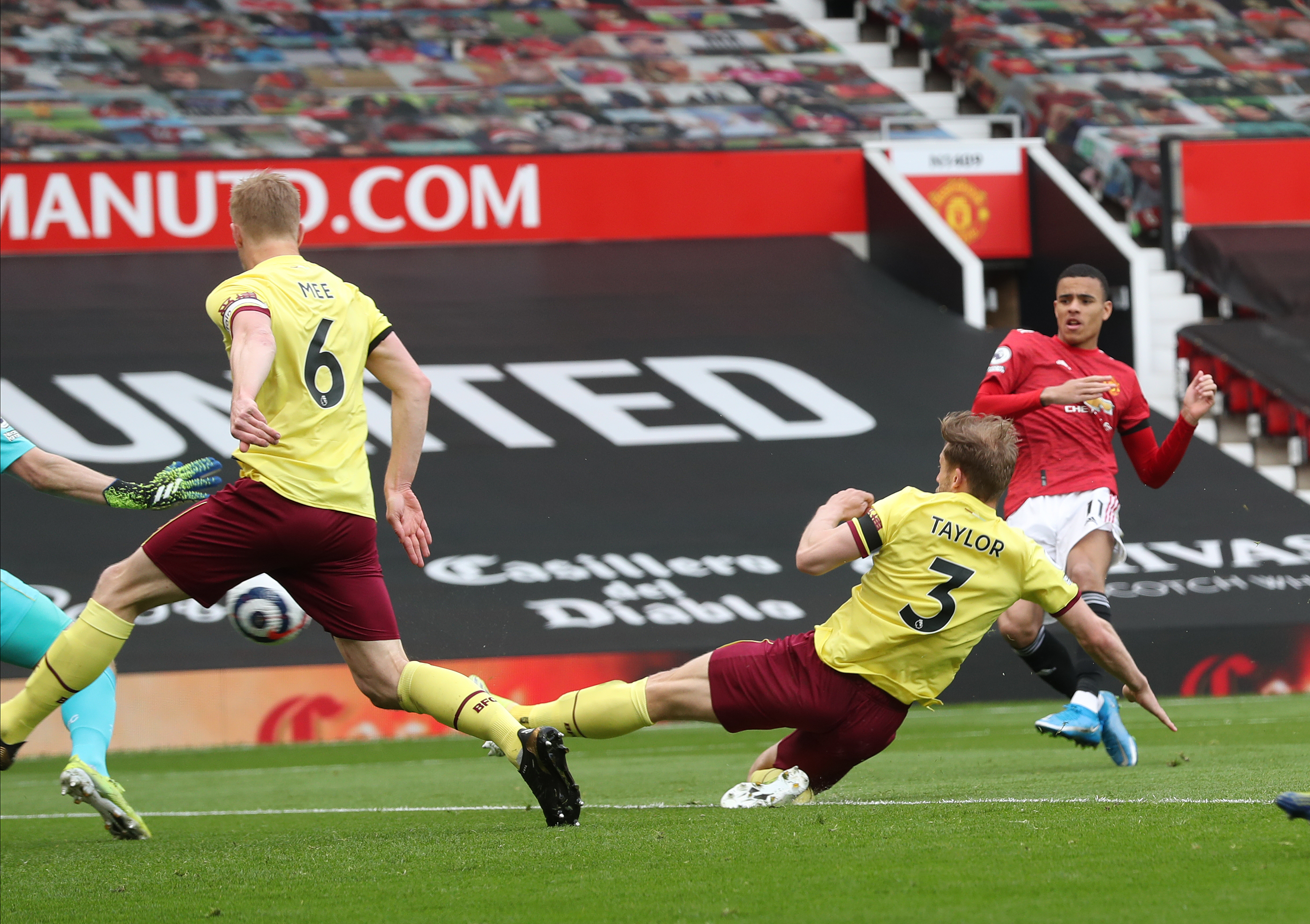 But just six minutes from time Greenwood collected a pass from Paul Pogba and his shot was deflected off Jack Cork before beating Bailey Peacock-Farrell.

This win cuts City’s lead at the top to eight points with six games apiece remaining – and while it remains possible United are clearly not for chucking in the towel.

As seems to be the case most weeks, the Red Devils began slowly.

After just ten seconds, Chris Wood beat Dean Henderson to a cross from the right by Matt Lowton and his header dropped into the unguarded net.

Fortunately for the England hopeful, his blushes were spared by the linesman’s flag and VAR showed the Kiwi was narrowly off.

United had their chances too with Paul Pogba heading wide and Bruno Fernandes just off target with a curling shot.

But as has been the case too often this season, United were lacklustre in the first-half.

And for a Burnley side who were unbeaten in their last four visits to Old trafford, there was little to worry about. 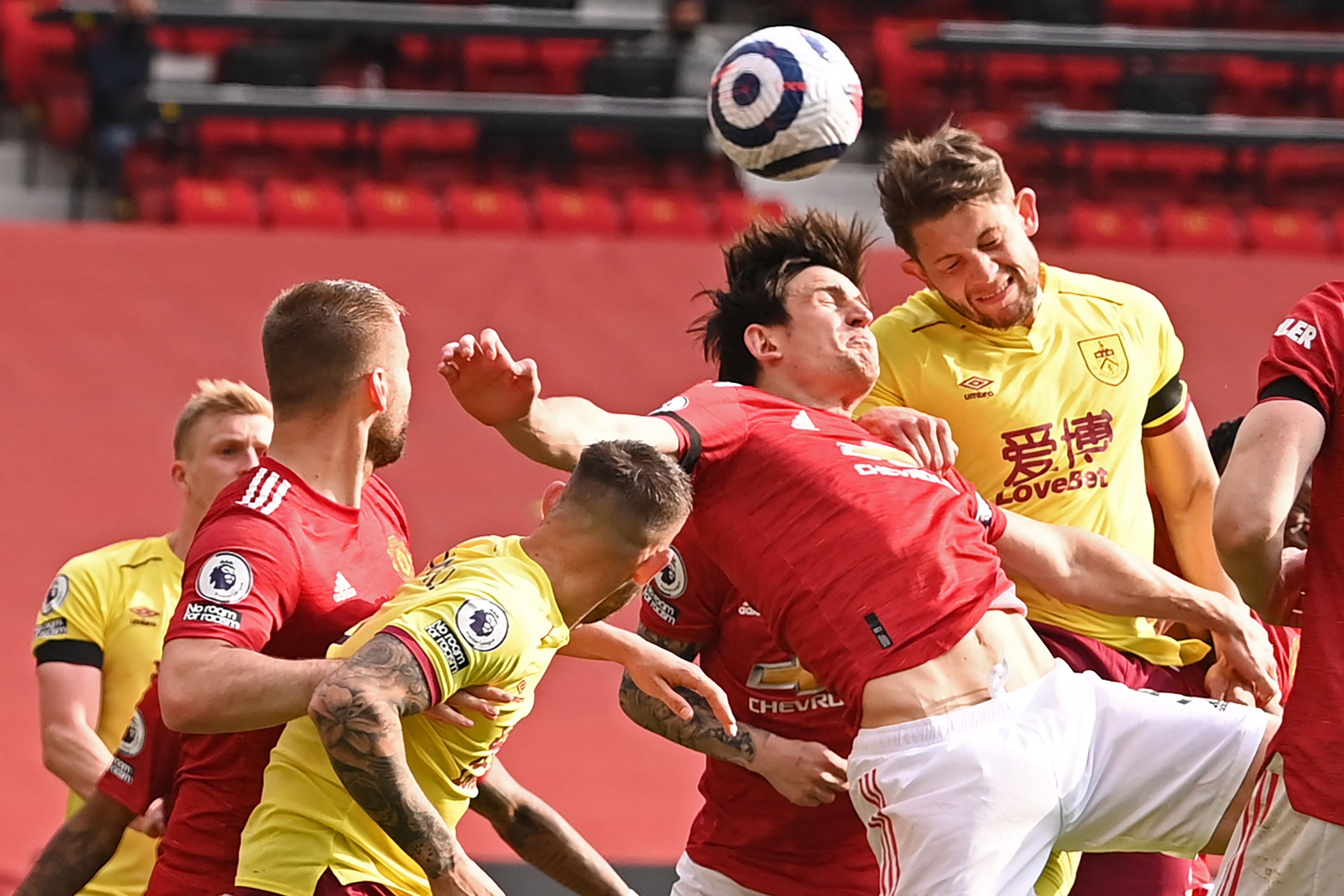 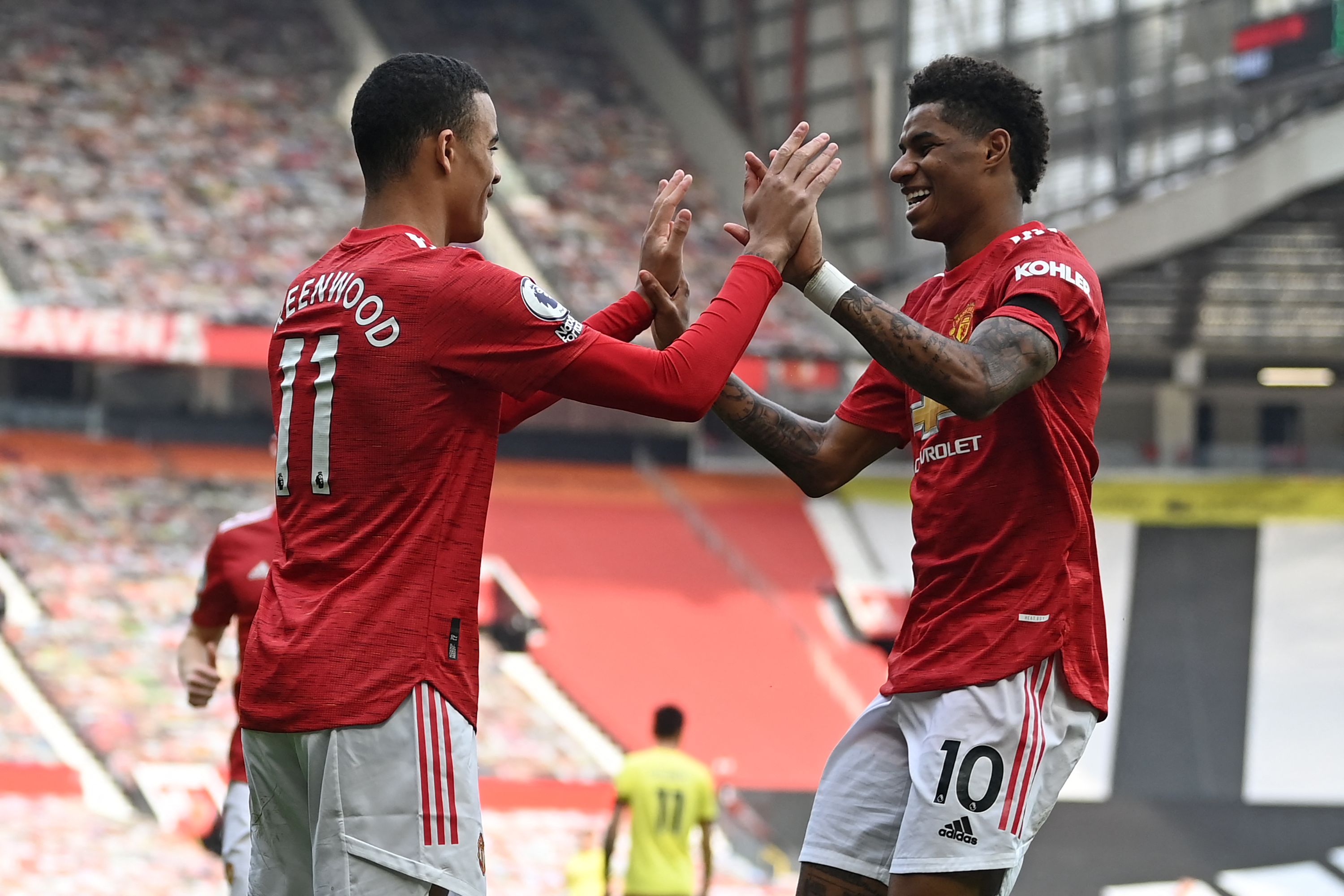 Greenwood and Marcus Rashford teamed up for United’s openerCredit: AFP

At the break Solskjaer threw on Edinson Cavani to replace an ineffective Fred and straight away things started to happen.

Rashford left Lowton floundering with a cheeky nutmeg on the left and then squared a ball into the box.

Fernandes cleverly dummied it and there was Greenwood arriving at the back-post to score his third goal in three league matches.

It was a brilliant goal from the home side but their lead lasted only two minutes – and the equaliser was as straightforward as they come.

Ashley Westwood swung over a corner from the left and James Tarkowski got ahead of Harry Maguire to nod home his first goal of the season.

That was the 1000th goal conceded by United since the start of the Premier League in 1992 – making them the 11th club to do so.

Both sides had chances to win it from there but Burnley – whose relegation fight had been boosted by Arsenal’s late equaliser against Fulham – were determined to hang on.

But United got the bit of luck they needed with Cork’s deflection – meaning City cannot start popping the champagne corks just yet.

There was even time for a third goal which slightly flattered United – Cavani tapping in a low cross from fellow sub Donny van de Beek. 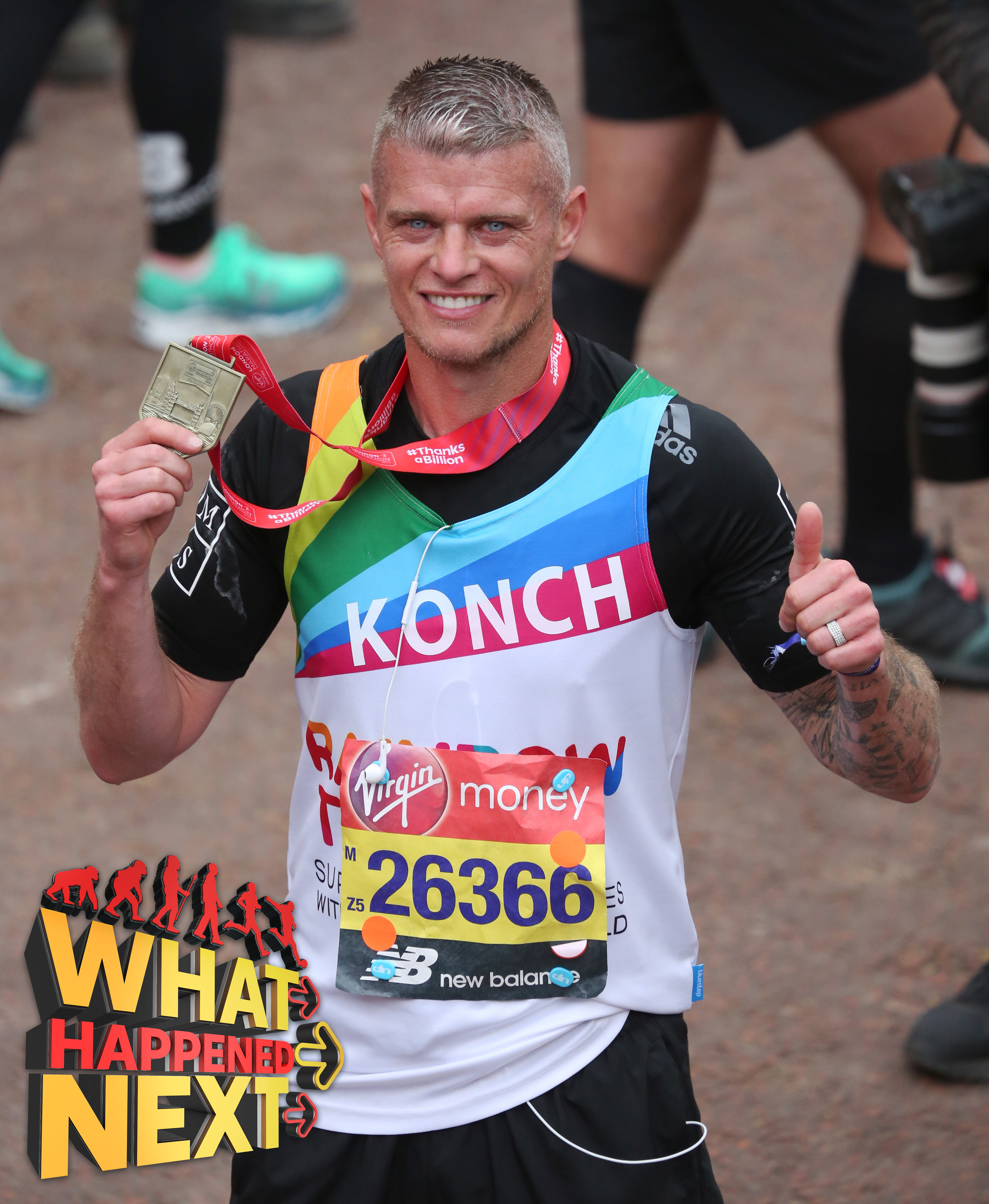