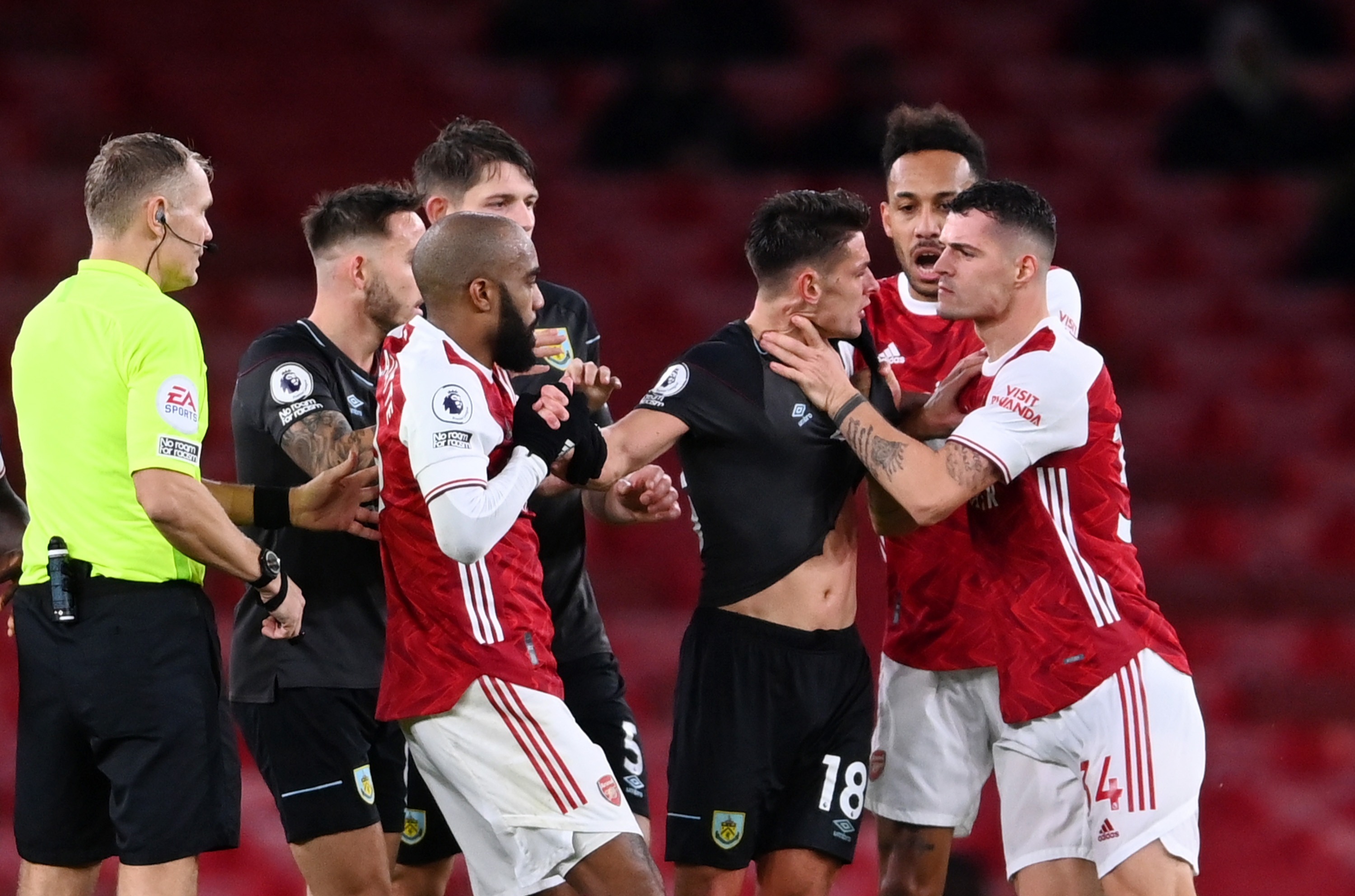 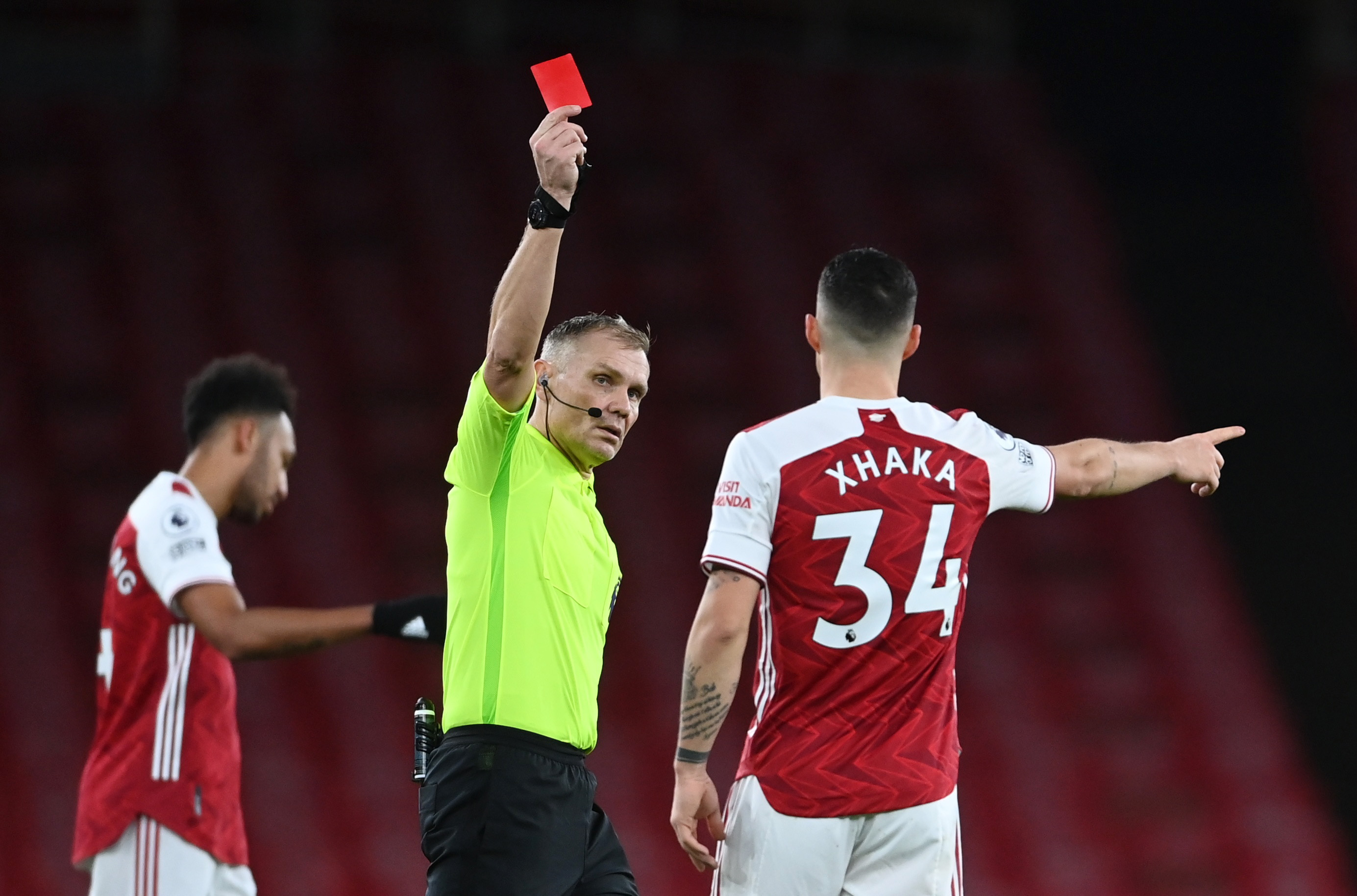 The nasty challenge sparked a melee between both players and the Arsenal midfielder raised his hands towards Westwood in the middle of the scuffle.

Xhaka had first hit the deck after a coming together with Westwood before losing his cool and retaliating as players from both sides rushed to the flash point.

Ref Scott was told by VAR to go and take a look at the pitchside monitor and decided to upgrade his booking to a red.

Xhaka has been sent off three times in the Premier League – with only four other Arsenal players receiving more red cards for the club in Premier League history.

Since Mikel Arteta took the reins at the Gunners in December 2019 they have had six men sent off – double that of any other side in the same time frame.

And the Gunners almost saw another player given their marching order just minutes later.

The Egyptian midfielder had clattered into Clarets defender James Tarkowski before a corner was even taken.

But Sean Dyche‘s men barely had time to complain as they took the lead at Arsenal from the very same corner.

Gunners skipper Pierre-Emerick Aubameyang – so desperate to find the net for his side after bagging just one goal in his last TEN Prem games – incredibly headed into his own goal to break the deadlock.

It was the first time Burnley have EVER taken the lead against Arsenal in the Premier League.