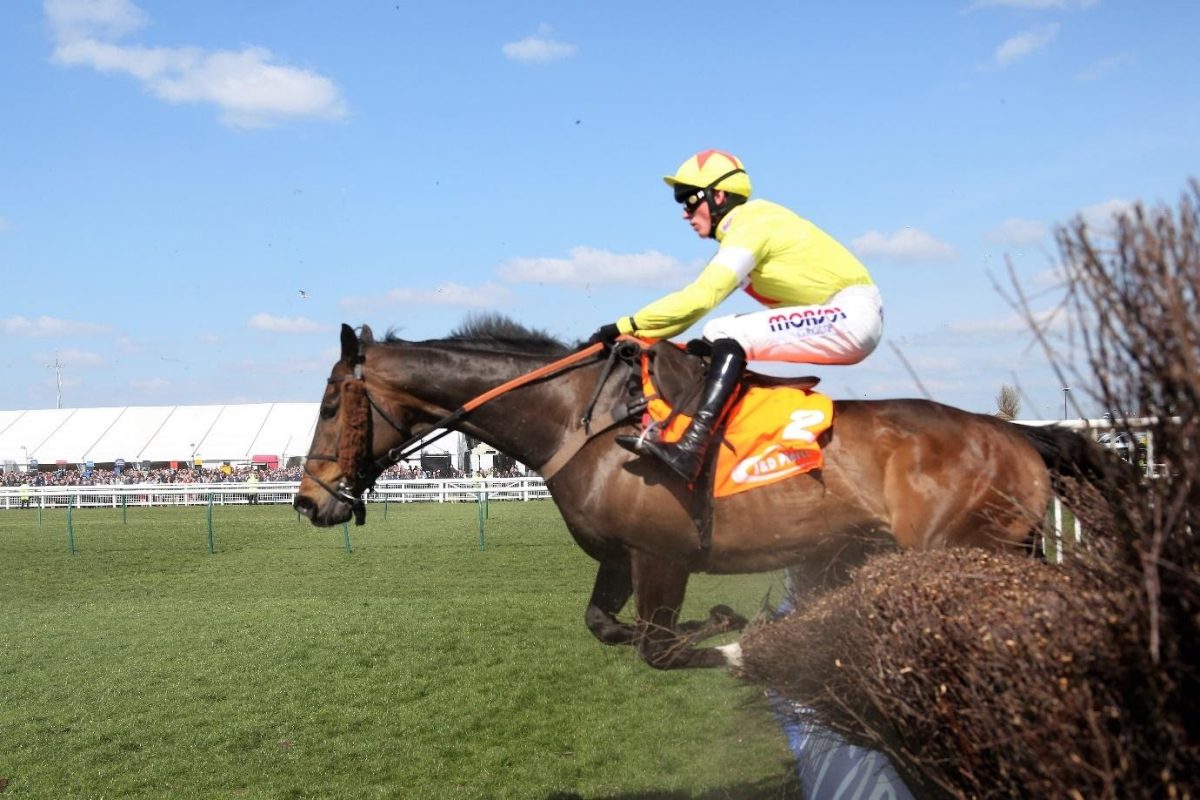 With last year’s Grand National Festival canceled, horse racing fans up and down the nation will be licking their lips as they scour the Aintree odds 2021. The three-day meeting is packed with top-class National Hunt races, including the Bowl, the Aintree Hurdle, and the Liverpool Hurdle before the Grand National itself tops the bill at 5:15 pm on Saturday.

Grand National day on April 10th will most likely attract the most viewers across the three days. After all, the world comes to a standstill when the 40 entries line up for starter’s orders. However, whilst the marathon race steals the headlines, the final day boasts three Grade 1 races to keep us entertained in the build-up to the National, including the Liverpool Hurdle.

So, if you’re looking to have a little flutter away from the National, then the Liverpool Hurdle (known as the Ryanair Stayers’ Hurdle for sponsorship reasons) is filled with top-class stayers that could tickle your fancy instead. Read on as we take a look at the favourites for the three-and-a-half-mile race.

A third outing between Thyme Hill and Paisley Park was supposed to headline the Paddy Power Stayers’ Hurdle at last month’s Cheltenham Festival. However, Thyme Hill was withdrawn late due to injury and the punters were left disappointed. Although, not all is lost as the Philip Hobbs-trained horse could yet go hoof-to-hoof with his Emma Lavelle-trained foe in the Liverpool Hurdle. Thyme Hill beat Paisley Park in the Long Distance Hurdle at Newbury in November before Paisley Park got his own back in the Long Walk Hurdle at Ascot in December. This race poses the chance for one of them to nab bragging rights before the season ends and Thyme Hill is largely fancied.

With Thyme Hill absent from Cheltenham’s Stayers’ Hurdle, it came as no surprise that Paisley Park set off as the outright favourite and jockey Aidan Coleman was heavily expected to guide the nine-year-old home with ease. However, it was a rather below-par outing from the horse. The pair travelled in midfield for much of the race as Flooring Porter set the pace throughout. Paisley Park did find an extra gear up the home straight, but they could do no better than finish third. Following that outing, Thyme Hill’s position as the market leader is probably a fair reflection.

Fans of Sire Du Berlais might be feeling quietly confident heading into the Liverpool Hurdle. The J. P. McManus-owned horse, who is currently being trained by Denise Foster while Gordon Elliott serves his ban, hasn’t won in his last two races. However, he was second to Flooring Porter in the Paddy Power Stayers’ Hurdle last month, and with the victor absent from Aintree, all of the horse’s connections will be hoping he can go one better than Paisley Park again in Merseyside like he did at Prestbury Park.

The Skelton brothers (jockey Harry and trainer Dan) have had their fair share of success with Roksana this season. However, beating the likes of Thyme Hill and Paisley Park to win the Liverpool Hurdle is going to be a big ask for the mare. Roksana won the West Yorkshire Hurdle at Wetherby back in October but lagged behind Paisley Park and Thyme Hill at Ascot in December. She got back on track with a victory at Ascot in January, beating Magic Of Light by eight lengths in the Mares’ Hurdle. At Cheltenham, Roskana was the second favourite to Concertista in the Mares’ Hurdle, but she came home in third, almost three lengths behind the market leader and victor Black Tears.

–Beacon Edge and Lisnagar Oscar are slightly further out at 7/1 and 10/1 respectively, Diol Ker is next in line at 16/1.