David Beckham’s MLS team were locked 1-1 with rock-bottom Cincinnati at half-time knowing nothing less than a win was required to keep a faint play-off charge alive. 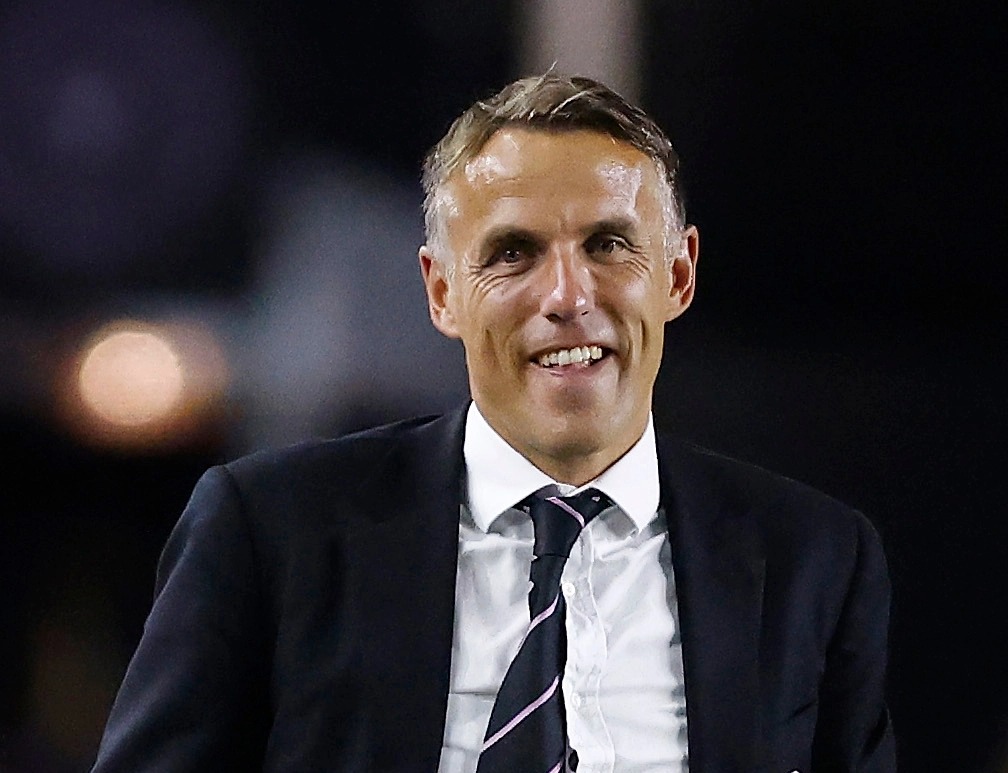 Early optimism had been replaced by frayed nerves in amongst a lively Saturday night crowd of 14,927 here in Fort Lauderdale.

But then up stepped top earner Higuain with a goal and two assists in a dramatic second half to show just why he’s paid £4.1million-a-year and why he will be missed if he follows through with his plan to quit Inter Miami at the end of a rollercoaster season and hang up his boots.

The former Chelsea striker, who was congratulated by Beckham at the end for his man-of-the-match display, is a class apart at this level.

His ability to link the play has been the team’s undoing at times – he often drops too deep in a desperate attempt to kick start his faltering team-mates. Some fitness problems and a lack of consistency haven’t helped either.

But here was a masterclass in how to grab the game by the scruff of the neck and drag your boys over the finish line.

With three games left – including a final day trip to face New England, the runaway Eastern Conference leaders – the odds are very much against Neville’s side gatecrashing the top seven and reaching the play-offs.

Yet this thumping win – albeit against one of the worst teams around – at least showed Nev has the foundations of a combative side who, on their day, can compete in MLS, a League which prides itself as being one of the most equal competitions in the world.

Neville takes on an Atlanta outfit next who occupy the final play-off slot and are five points ahead of Miami with just nine left to play for.

The former England women’s boss said: “When our attacking players click they can score goals, we just haven’t done it enough this season.

“We need to win in Atlanta now. Nothing else. We just have to keep believing.”

With the games running out and the permutations becoming increasingly unrealistic, it was vital Miami bagged another three points following the midweek trouncing of Toronto.

The truth, however, is two crippling winless streaks during this campaign have pretty much scorched Neville’s hopes of reaching the play-offs – a bare minimum achievement for a franchise led by a serial winner like Beckham who are aiming for the top.

Two or three more wins earlier in the year and the former Manchester United man would be waltzing down easy street right now instead of getting his calculator out and fretting on other results. 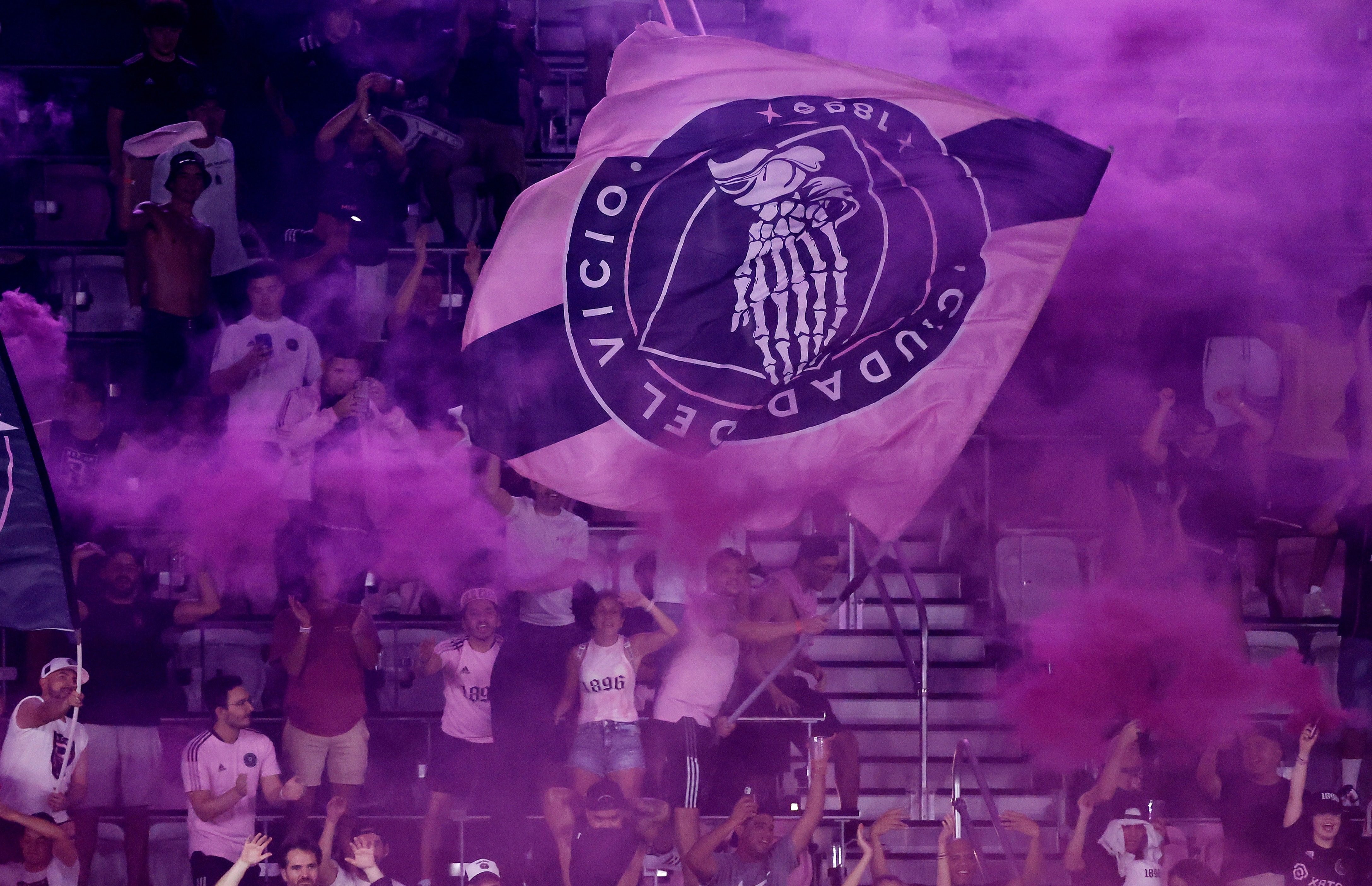 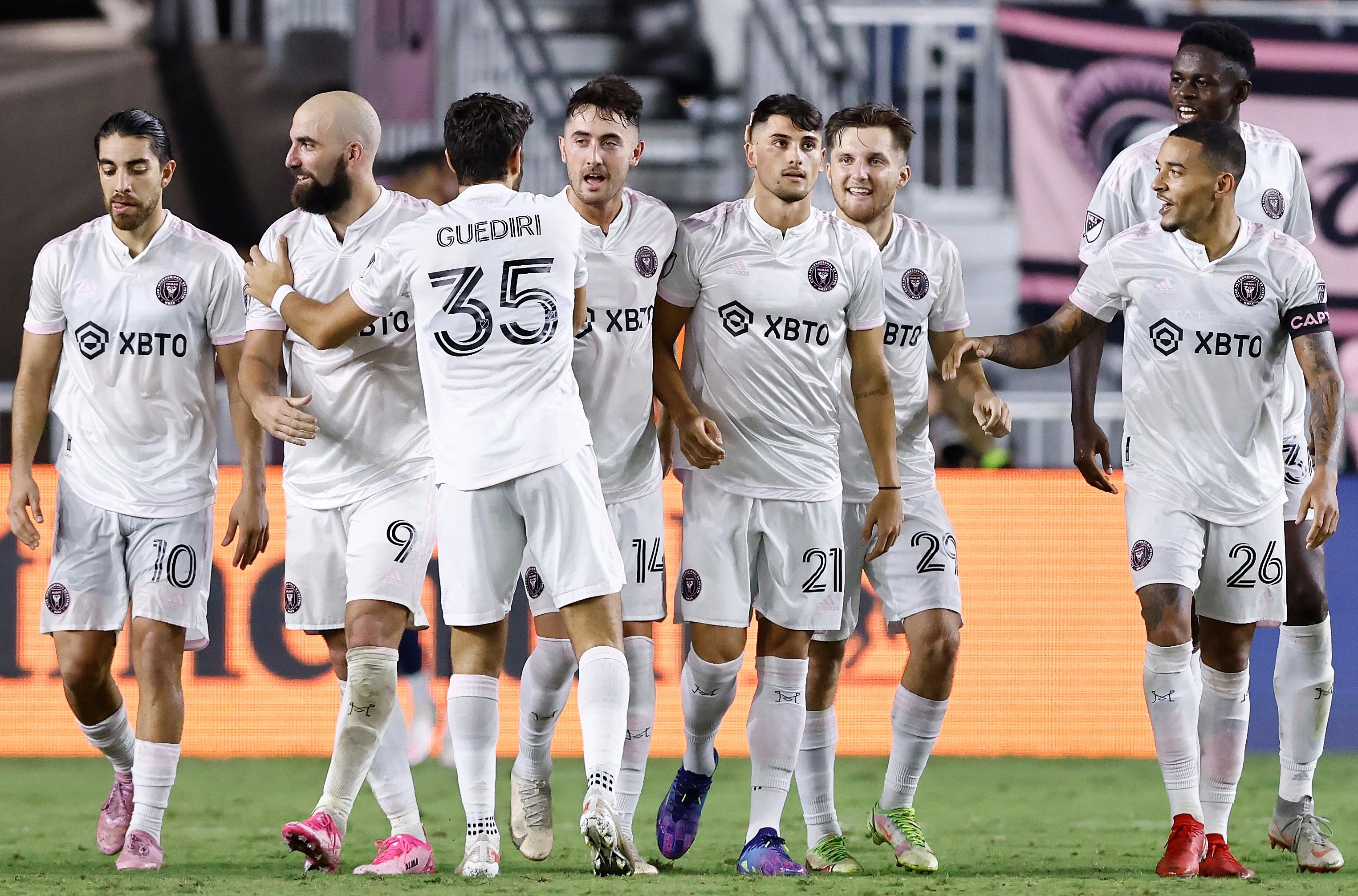 Nevertheless, Inter Miami got off to the perfect start last night.

A well constructed move saw Lewis Morgan and Gonzalo Higuain sweep through midfield before the ball found its way to Rodolfo Pizarro.

The much maligned Mexican did well to stop the ball rolling out of play before crossing for Federico Higuain to head home his second goal of the week.

That should have been the cue for Miami to rip apart a Cincinnati team who have stunk the Eastern Conference out this season. The chances came and went – Gonzalo Higuain missed one from close range while possession wasn’t turned into goals.

That gave the visitors belief and it was no surprise when Brandon Vasquez headed in on 20 minutes to level. The Cincy striker took his chance well yet the defending from the home side, not for the first time this season, was far from impressive.

Neville needed a fast start in the second half – and it was the in-form Higuain brothers who crucially combined on 53 minutes to restore Miami’s lead, Federico crossing for Gonzalo who nodded past keeper Przemyslaw Tyton.

It was the Argentine’s 11th goal of the season – and one of his most important. It was also only the third time in MLS history two brothers scored in the same match after they both notched in April against Philadelphia.

He hasn’t been producing the goods every week during his time in Miami, but last night Gonzalo showed the magic is still there even if he needed an arm round the shoulder from his manager.

Neville added:” Yes he’s been there and done it but I learned at Manchester United that even the best players in the world suffer from dips in confidence and don’t like criticism. When I went to Everton I remember talking about it with some of the lads there.

“They have the same insecurities as everyone else. They are human beings.

“I was going to take Gonzalo off but he looked like he was having too much fun. We need that world class performance from him again. He cares almost too much sometimes and defeats hurt a lot.

“We’ve had to work hard with him on that. It can be tough for a Designated Player who feels they are carrying the team.

“But when he plays well, we tend to play well.”

Cincinnati refused to lie down and Inter Miami keeper Nick Marsman was on hand to keep his side in the game soon after, beating the ball away after more hesitant defending by a backline who were forced to call up rookie Aime Mabika from their sister team because of a lack of numbers.

The younger Higuain, 33, continued to look dangerous and Tyton was on hand with 63 minutes on the clock to save from 10 yards.

But the former Aston Villa midfielder Indiana Vassilev sealed the deal not long after coming off the bench, lashing home from eight yards to keep Miami in the postseason hunt before one time Celtic and Sunderland winger Morgan and Julian Carranza’s first of a torrid season completed the rout.