GILLINGHAM owner Paul Scally has told how he was a target for abuse while caring for his dying friend.

Scally, 66, was terrified when online trolling escalated to intruders vandalising his property and car and he even received late-night hate calls after his mobile number was posted on social media. 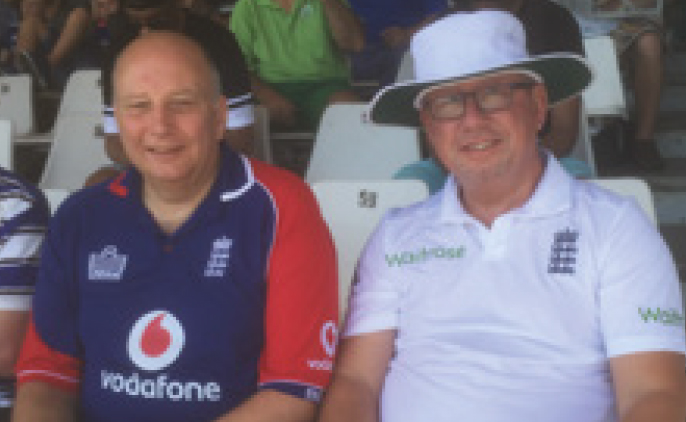 The Gillingham chairman is English football’s second-longest serving owner behind Middlesbrough’s Steve Gibson, having been at the helm for 27 years

And he was going through hell as he juggled balancing the Kent club’s finances after losing £3MILLION because of Covid with helping lifelong pal Philip Ewens, who had terminal thrombosis of the lungs.

His friend finally succumbed to the disease last June but sustained attacks continued on Scally last season with even a plane being flown over Priestfield carrying the message “Scally out”.

And after Gillingham were relegated to League Two on goal difference following their home defeat to Rotherham in April, violence broke out during a pitch invasion prompting a number of arrests.

It left Scally contemplating whether he wanted to remain in the game he loves.

The Gills chairman told me: “I was in a bad place because I was suffering from a torrent of abuse from a minority of fans. Some of it was brutal and personal. Damage was done to my property and car.

“And at that time I was also acting as a carer because one of my closest friends, who I went to school with from the age of five, was gravely ill.

“Everyone thought he had Covid but it turned out to be thrombosis of the lungs. He had no-one to look after him.

“Phil was staying in a room in Charlton and I can only describe the place as a dump!

“I said, ‘Mate, you can’t stay here, this place is horrible.’ There were barely any windows, he had no Sky TV, no wifi. He was alone, it was really sad.

“It was during the Covid period and I was at home all the time. So I said, ‘I’ve got a spare room, I’ll get it kitted out and you can stay with me.’

“I had a walk-in shower put in, the NHS sent a hospital bed and oxygen machines while I became his carer.

“Everyday I made his breakfast, lunch and gave him his medication.

“I built a chicken run and there were eggs laid every morning. Phil loved poached eggs so was getting them fresh.

“We were good company for each other and it gave me a sense of purpose. He was only given two months to live but lasted 11 months.

“I wouldn’t say he had a happy time but it was far happier than if he had been stuck in that dreadful place.

“We had great banter and didn’t talk about the fact he was dying. The only thing that got between us was the fact he was a Charlton fan! Even the day before he died, I was ribbing him about football.

Scally operates Gillingham within its means but at the same time has delivered the club’s most successful era.

During his time, they have gained three promotions, reached three Wembley play-off finals, won four FA Cup ties against Premier League clubs and achieved their highest-ever finish of 11th in the Championship.

But some fans became restless and the Gills chairman said: “I was getting abused on the internet and some of the language was vitriolic and full of hate. It was disgusting.

“I couldn’t understand why these people were so angry with me and it was like they were feeding off one another and social media didn’t help.

“They were putting out my phone number online and I was getting calls at 2am. I wasn’t sleeping some nights because I was getting woken up. I had intruders on my property one night and they caused some damage.

“It was scary. It affected me more because I didn’t know why they were doing it. It came out of nowhere.

“One minute things seemed relatively fine and the next I was getting chaotic abuse and hate. And this was all happening while I was looking after Phil.”

Scally is far from the wealthy benefactor many clubs enjoy but loves the Gills passionately — and the Covid situation worried him with lower league sides losing millions of pounds.

The Gillingham chairman led a big clean-up operation of the stadium and reset the business.

But Scally admits the scenes he witnessed after the Rotherham defeat left him stunned.

Priestfield, already home to a school for disadvantaged children, will soon open a day nursery. Also the club are hosting concerts in their great hall and built a pizza and pasta factory as they look at other vital revenue streams.

And he believes the football world post-Covid is far more aggressive.

He said: “There’s no question I’ve been damaged by it. No human-being who has been on the other side of what I’ve been through for the last year could not be affected by it —especially if you haven’t done anything wrong.

“It’s true I haven’t put in £10m-£20m because I haven’t got those sorts of funds. I’m not like ex-Derby chairman Mel Morris, who could write out £100m cheques — although that didn’t end well, did it?

“I’m not a wealthy benefactor. I’ve never been nor will I. I’m just a normal person who runs a football club. But it’s increasingly clear in the English game that there are limited spaces for such owners nowadays!”

Asked if he still had thoughts in his head about throwing in the towel at Gillingham, he said: “I’m feeling a bit better than I was in April but taking things day by day.” 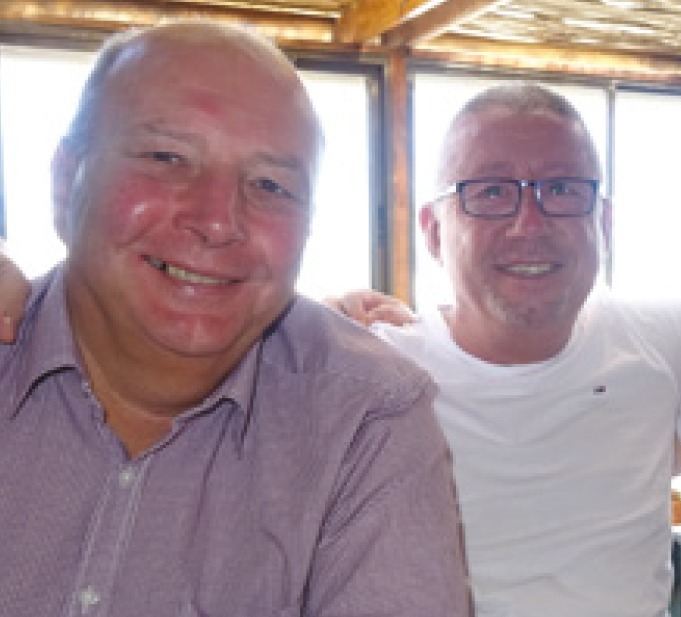 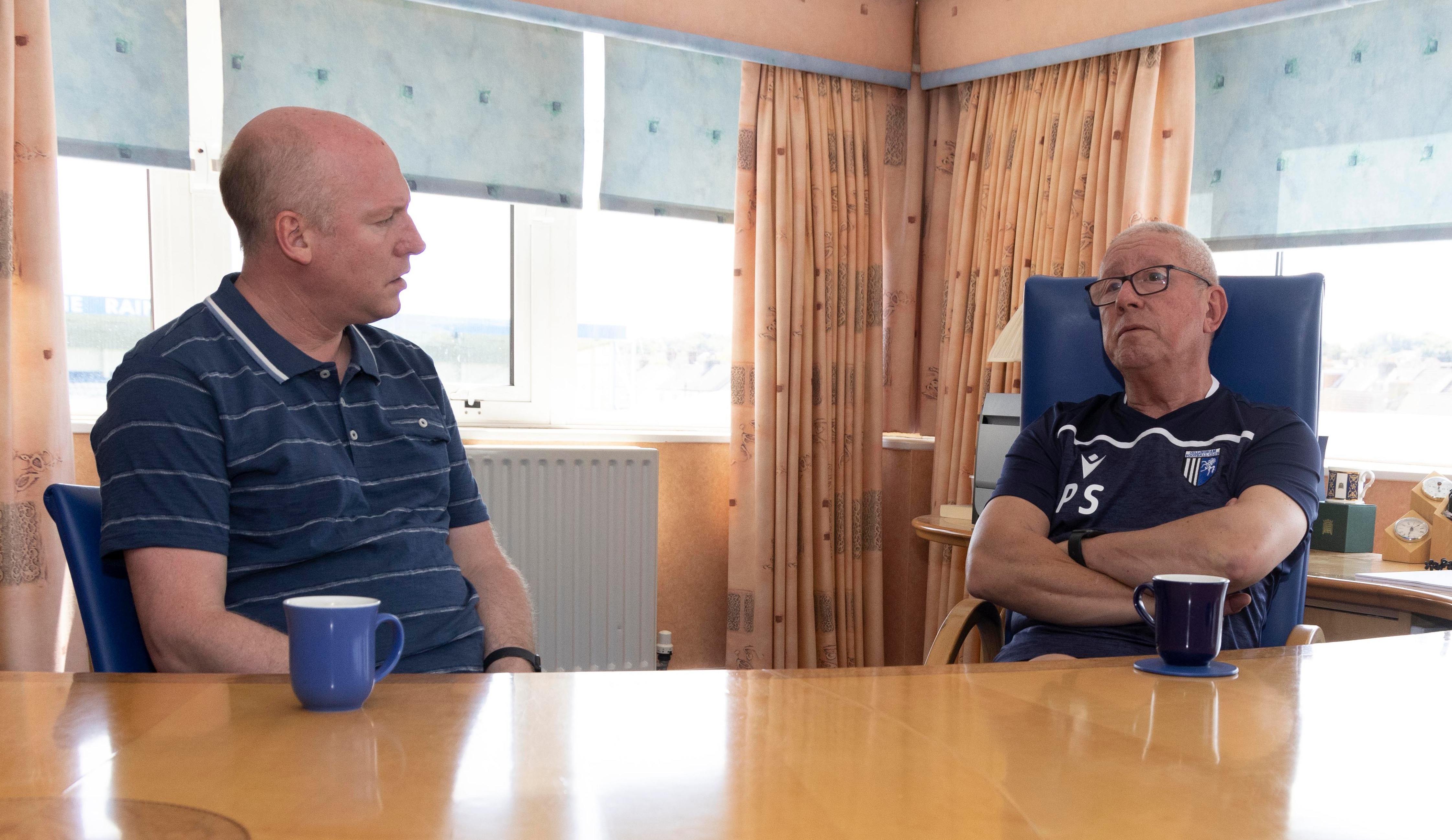 Paul Scally talks about his ordeal to our man Justin Allen 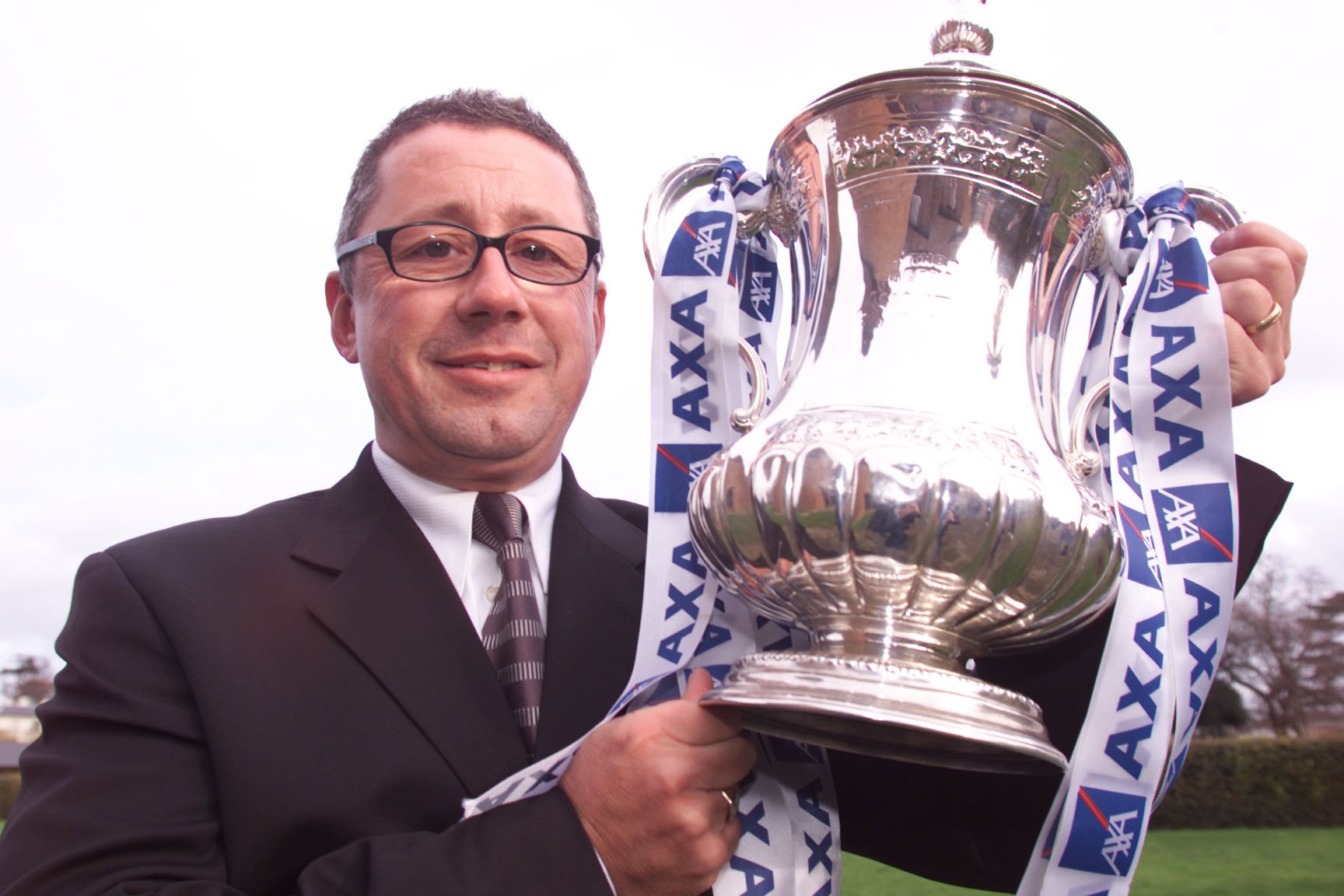 Gillingham reached the quarter-finals of the FA Cup in 2000

Kick sexists out of football

Euro 2022 matchwinner Kelly, 24, is a huge Rs fan and was at the club to open The Stanley Bowles Stand and was applauded by all corners of the ground.

But, sadly, there are still sexist morons who attend matches and make women feel like second-class citizens.

Bristol City women’s coach Lauren Smith revealed how she was targeted while watching the men’s team lose 3-2 to Sunderland at Ashton Gate.

She was told the old boring sexist cliche “women shouldn’t be at the football but in the kitchen”.

Lauren retorted on her Twitter account by inviting the imbecile to the Robins’ High Performance Centre to prove him very wrong.

I have a suggestion for the guy too.

You certainly shouldn’t be at football, you’re the one not welcome you out-dated sexist bigot!