ENGLAND hero Stuart Broad was told to “get on with the batting and shut up” while out in the middle during the fifth Test against India.

The 36-year-old bowler faced the wrath of umpire Richard Kettleborough – who made it clear to Broad he was not going to be messed with. 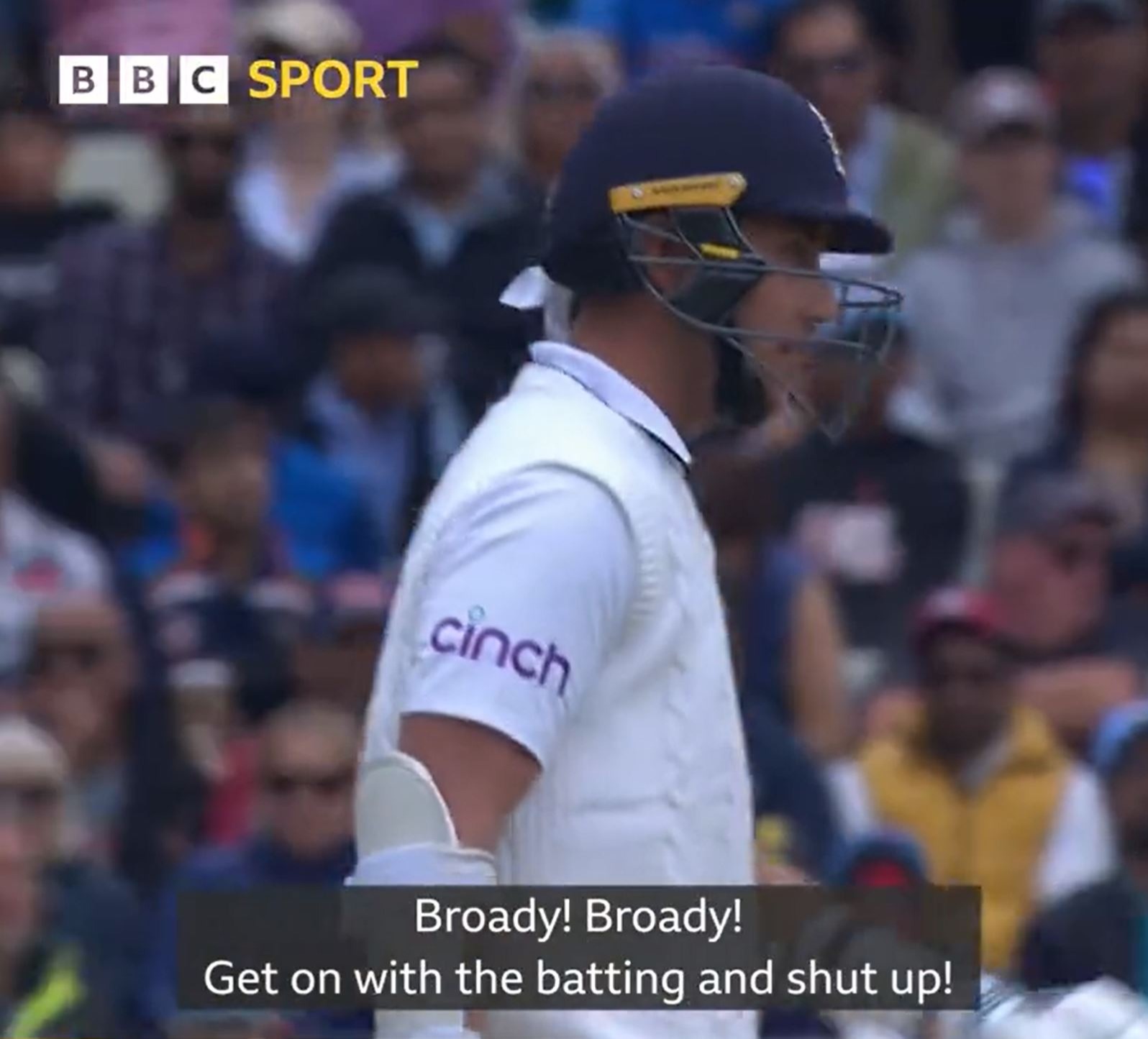 Broad is England’s second-highest wicket taker in history, but this particular incident came while he was batting in the first innings of the Test at Edgbaston.

He was out after just five balls, but still managed to get on the wrong side of Kettleborough, 49, in his short time at the crease.

After being on the receiving end of some express Jasprit Bumrah bowling, Broad was seen exchanging words with the no-nonsense umpire.

Kettleborough’s hilarious response was posted by the BBC after being caught on stump mic, and he said: “Let us do the umpiring – you do the batting, alright?” 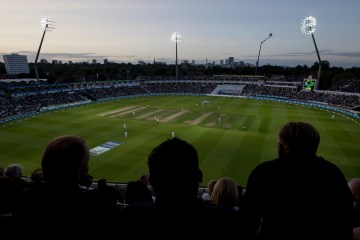 He continued: “Otherwise you’re going to get into trouble again. One for the over.

“Broady! Broady! Get on with the batting and shut up.”

The argument didn’t last long, with Broad quickly sent packing after being caught by Rishabh Pant off the bowling of Mohammed Siraj.

His low first innings score did not hamper England too much though.

Joe Root and Jonny Bairstow both scored unbeaten centuries as Brendan McCullum’s side breezed to a record run chase in Tests.

The Yorkshire duo turned a daunting target of 378 to win into little more than a doddle.

Broad’s incident comes after he was given a warning for breaching the ICC’s Code of Conduct during the third Test against New Zealand.

He was found guilty of throwing the ball at Daryl Mitchell “in an inappropriate and/or dangerous manner”.

Broad was also fined 15 per cent of his match fee in a 2018 Test against India for “aggressive language” aimed at Pant.

“Although, Stuart Broad is a big fella [at] 6ft 5in. I think Richard Kettleborough is a very brave guy.

“I don’t think umpires should try that in club cricket around the UK. They’ve got a very good relationship and that’s why he can talk like that.”

It’s been quite the Test match for Broad, with the 35 runs he conceded in one over during India’s first innings setting the record for the the most expensive over in Test history.