GEORGINIO WIJNALDUM has refused to commit his future to Liverpool amid links with Barcelona.

And Nou Camp boss Ronald Koeman has fuelled speculation a deal is imminent after confirming his interest in signing his former Netherlands midfielder. 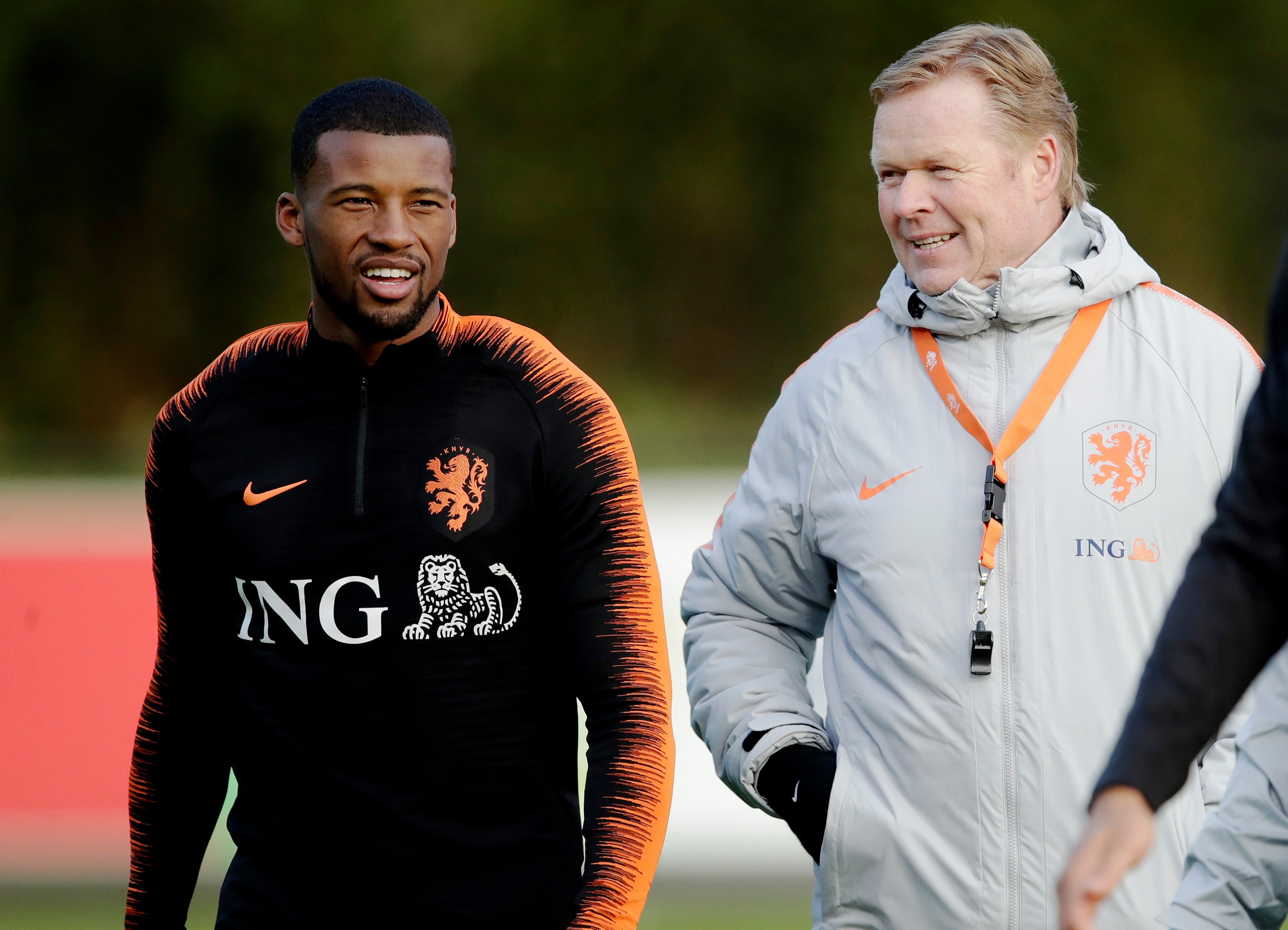 Georginio Wijnaldum has refused to commit to Liverpool amid links with Ronald Koeman’s BarcelonaCredit: Getty – Contributor

Wijnaldum, 30, is out of contract this summer and can agree a free transfer with foreign clubs in January.

He joined Liverpool from Newcastle for £23million in 2016.

And Wijnaldum has gone on to score 19 goals in 199 games while also winning a Premier League title and the Champions League.

Wijnaldum is also a mainstay for the Dutch national side and was Koeman’s key man before the tactician took charge at Barcelona over the summer.

He tried signing Wijnaldum before last month’s transfer window closed, with the playmaker’s future thrust into even more doubt following the arrival of Thiago Alcantara from Bayern Munich.

It’s reckoned Koeman would still like to bring Wijnaldum to the Nou Camp in January if he can strike a fee with Liverpool.

But even if Jurgen Klopp refuses to sell, Barca can still agree a pre-contract with Wijnaldum at the start of 2021.

And the player himself has now refused to commit to the Reds while on international duty.

Wijnaldum said: “I can’t say anything about that (my future).

“I cannot say anything about it, including whether or not there is talk of a new contract between me and Liverpool. Sorry.”

Koeman also admits he is interested in a reunion with Wijnaldum, telling Sport: “He’s very good.

“But he’s playing for Liverpool. He could be an option in the future. I can’t say more.”

Meanwhile, Wijnaldum has given an update on injured club and international teammate Virgil van Dijk, who is out for the season with a ruptured ACL.

Wijnaldum said: “Virgil will return with God’s work. It’s a difficult time for him; this is the worst thing you can experience as a player.

“You go through hell, but I think he is very strong. We FaceTime every now and then and that is very nice.”