GARETH SOUTHGATE is desperate for England to be a smash hit at the World Cup later this year.

The Three Lions reached the Euro 2020 final with Sweet Caroline providing the soundtrack to the tournament.

Southgate has guided England to a World Cup semi-final and a Euros finalCredit: REUTERS 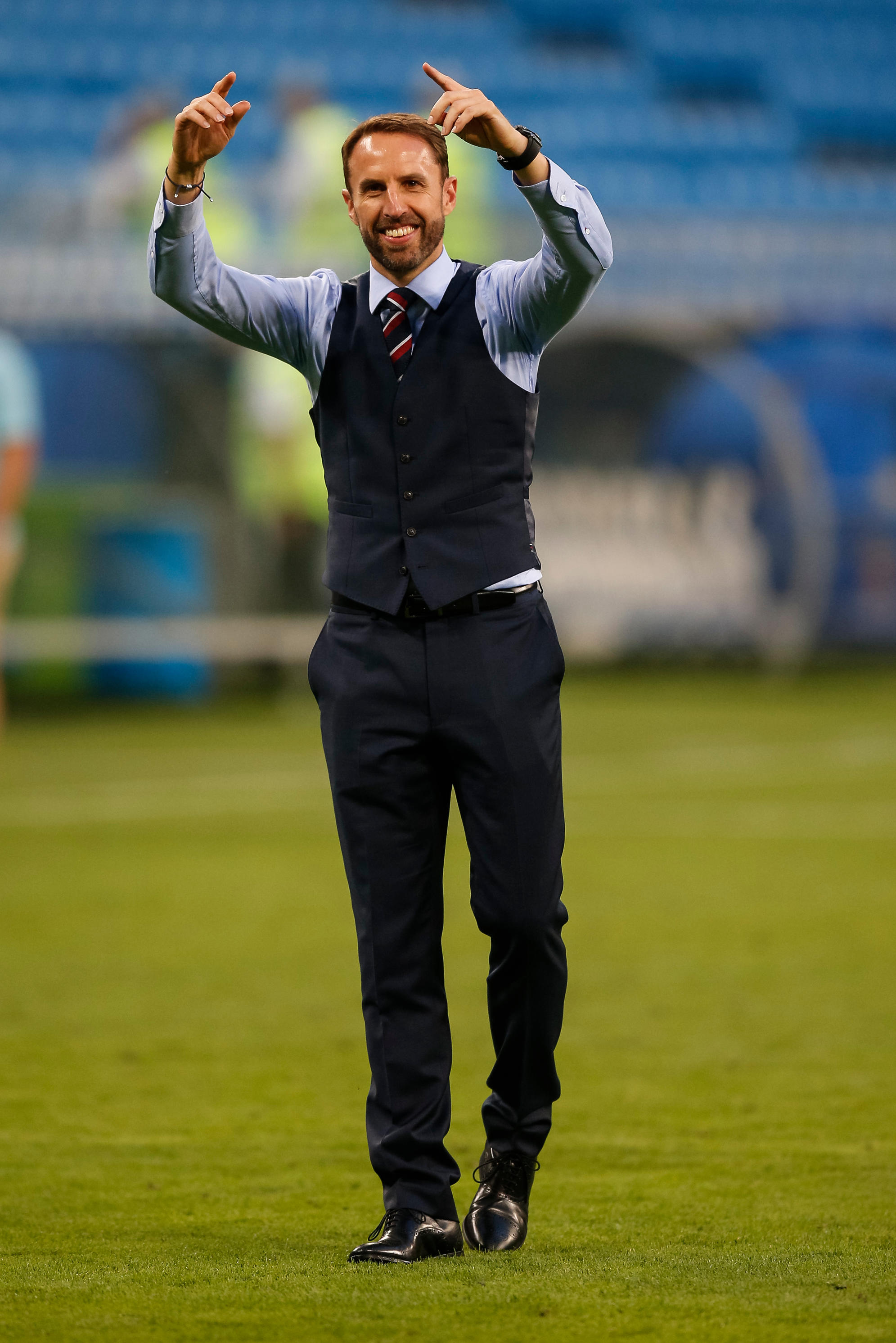 Southgate is desperate for England to be a smash hit at the World CupCredit: ALAMY

But England boss Southgate admits his own singing isn’t up to scratch after opening up on his musical taste.

Southgate said: “I don’t get asked to do karaoke, although I have to say, I was in a restaurant a couple of months ago.

“Sometimes people come up and ask for pictures…I saw a lady walking across and she said, ‘I hope you don’t mind, there is a wedding party downstairs, and we were wondering if you could come and sing Sweet Caroline.’

“And I said, look that just won’t be happening tonight, so she wasn’t very happy with me, but I think the rest of the group got away with a near miss frankly.”

Southgate’s personal choice is more middle of the road with his first single ‘You Can’t Hurry Love’ by Phil Collins and debut album ‘Tears for Fears ‘Songs from the Big Chair.’

The 51-year-old will be in the hotseat where the Three Lions will be among the top seeds in April’s draw as they bid to end 56-years without a major trophy in Qatar.

Southgate said: “Winning matches helps. I’m very conscious that I really enjoyed my time playing for England and all of the managers I played with.

“I inherited a team with the start of the togetherness and the young players coming through.

“Roy Hodgson gave a lot of those guys their debuts, and when we took over nobody complained within the camp about the atmosphere in the camp.

“But we have been able to build on that. What had started to happen was that we had lost a bit of belief in what might be possible.

“Players were almost as worried about being the one to be at fault for a key goal or moment that might cost the team the result.

“We’ve tried to affect that mindset a bit. That meant saying to them ‘you can’t do anything about the last 30-40 years, that’s not your fault – but what you’ve got is an opportunity to make a difference and be the first to break through a load of barriers’.

“It was ‘Let’s see what we might go and achieve’. Having that challenge rather than the fear of what might go wrong is the approach we have tried to take.

“Big matches are about performing under the most extreme pressure and intensity. You learn more about the players in semi-cup and final matches with their club.

“Have people got the resilience to stand up in an England shirt and thrive on those big nights?”

Southgate believes his players’ response over the past five years has given an emphatic answer.

The emergence of the new crop of talented youngsters, including Phil Foden, Reece James, Jude Bellingham and Bukayo Saka has come ahead of the anticipated schedule, increasing the range and depth of quality at his disposal.

Southgate was speaking at the announcement of his induction into the Legends of Football hall of fame in October, just weeks before setting off for Qatar.

He added: “The World Cup will firstly be a brilliant challenge for us.

“The team have got to a certain level and there is a lot more expectation and evidence that they can do well.

“We’re focusing on the small details that can take us from a team that are really competitive to a team that can win.

“Of course we know we’ve still got a step to take to beat the best of the rest consistently.

“You’re balancing that with the fact that we’re still 10 months away from Qatar and form and fitness can fluctuate a lot over that period.

“There are things we want to get right in March and in the summer which are important building blocks and we need to pace ourselves over the year to peak at the end of the season.”

“But the team are improving, gaining more experience as a collective and individually. Form in the league is important and form in the big matches, even more important.”

*Gareth Southgate will receive the 2022 Legends of Football Award at a glittering event for the music charity Nordoff Robbins in October lofootball.co.uk