GABRIEL JESUS grabbed a hat-trick as goal-hungry Arsenal added the Emirates Cup to their pre-season collection.

A week after beating Chelsea 4-0 in Orlando to win the Florida Cup, Mikel Arteta’s men were at it again as they put another Champions League opponent to the sword. 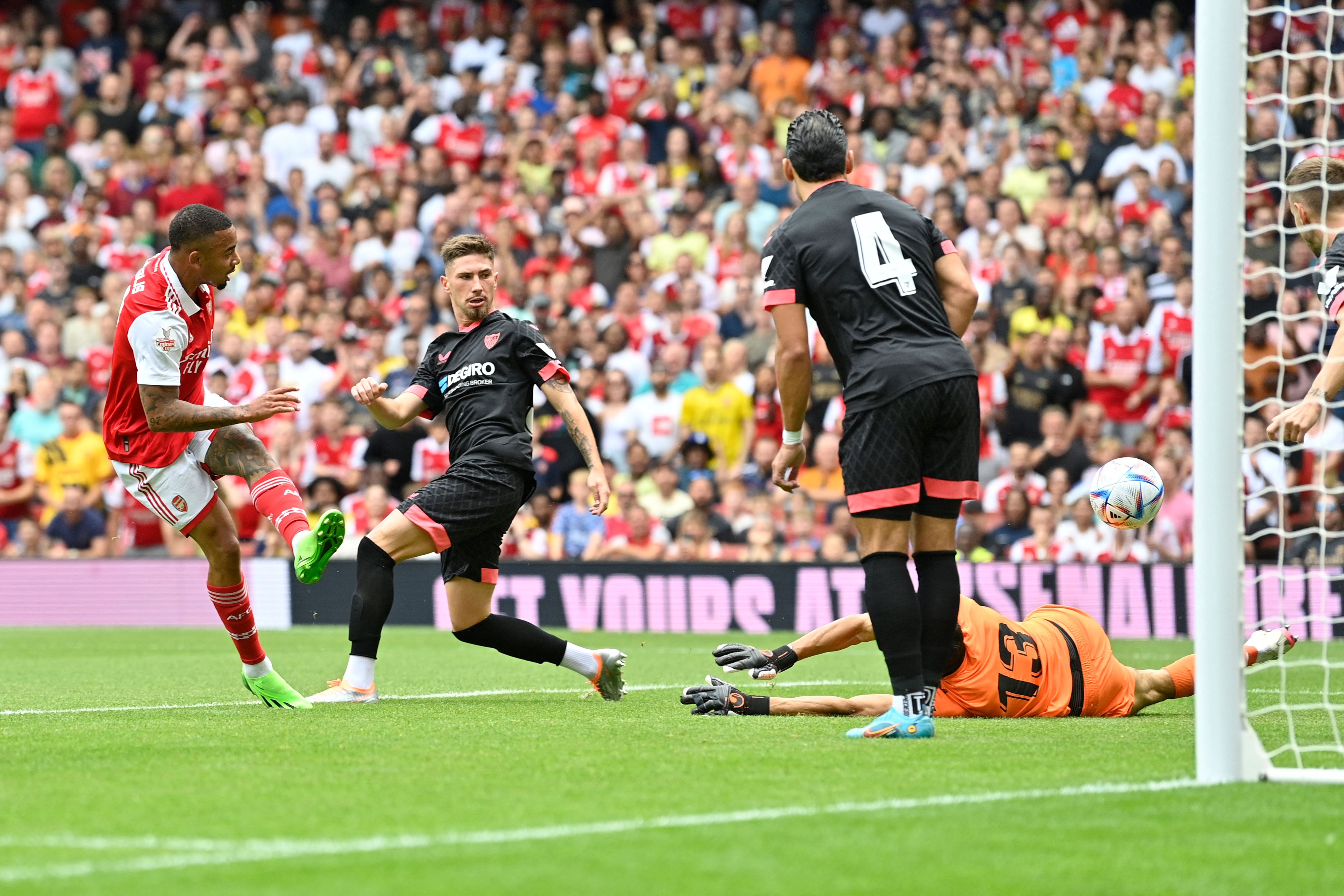 He was in clinical form and will head into the new season full of confidenceCredit: AFP

Having won all four of their previous warm-up games in Nuremberg and the USA, Gunners fans were eager to see if their team could maintain that momentum against the side which finished fourth in LaLiga last season.

And they didn’t have to wait long for an answer as Arsenal ran riot with an astonishing four-goal burst in the opening 19 minutes.

Bukayo Saka started the Emirates massacre when he converted a ninth-minute penalty after being barged over in the box by Karim Rekik. 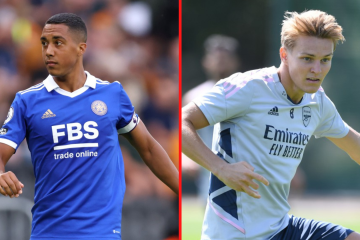 And Arsenal’s new £45million signing from Manchester City struck again within seconds when he ghosted in behind Seville’s dozing defence to convert Gabriel Martinelli’s ball over the top.

Even worse was to follow for the visitors when Bono passed straight to Saka as he tried to play out from the back and Arsenal’s newly-crowned Player of the Year was never going to look that gift horse in the mouth.

It was to be another hour before Arsenal extended their lead when Jesus completed his hat-trick with another opportunist strike at the back post.

It means he has now scored seven times already for his new club… and he hasn’t even got started yet.

Eddie Nketiah completed the rout in the 88th minute after replacing Jesus while William Saliba and Oleksandr Zinchenko were applauded for every touch in their first Emirates appearances in an Arsenal shirt.

And with new captain Martin Odegaard pulling all the strings in midfield, Arteta must feel his team are in pretty good shape going into next Friday’s Premier League opener at Crystal Palace.

Thomas Partey should have scored with a close-range header and Bono finally found what he was looking for when he saved from Martinelli.

And even though Kieran Tierney, Emile Smith Rowe, Takehiro Tomiyasu and new £30million midfielder Fabio Vieira are still struggling with injury, nothing is going to burst Arsenal’s bubble right now. 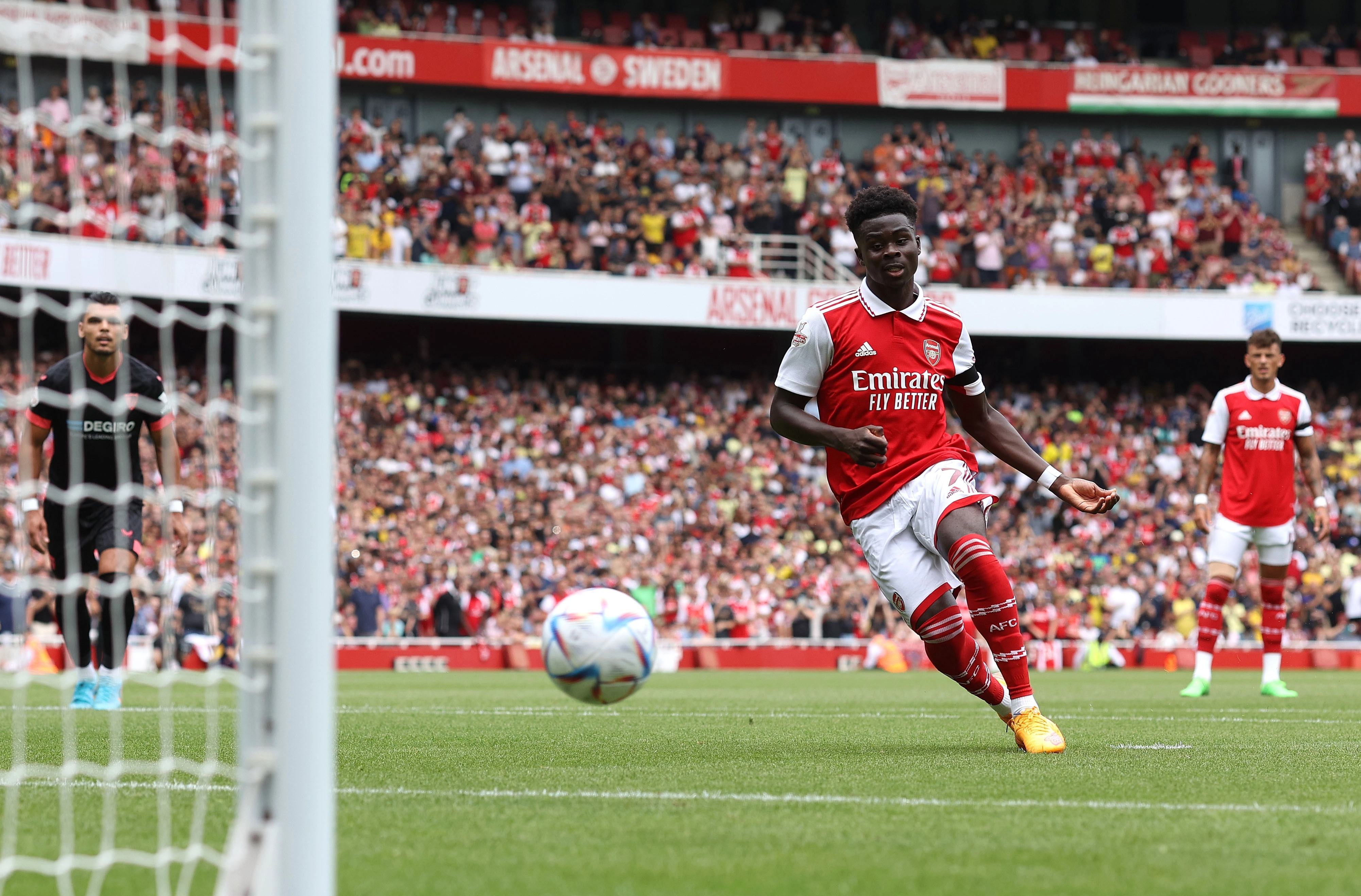 Bukayo Saka made no mistake from the penalty spotCredit: Getty 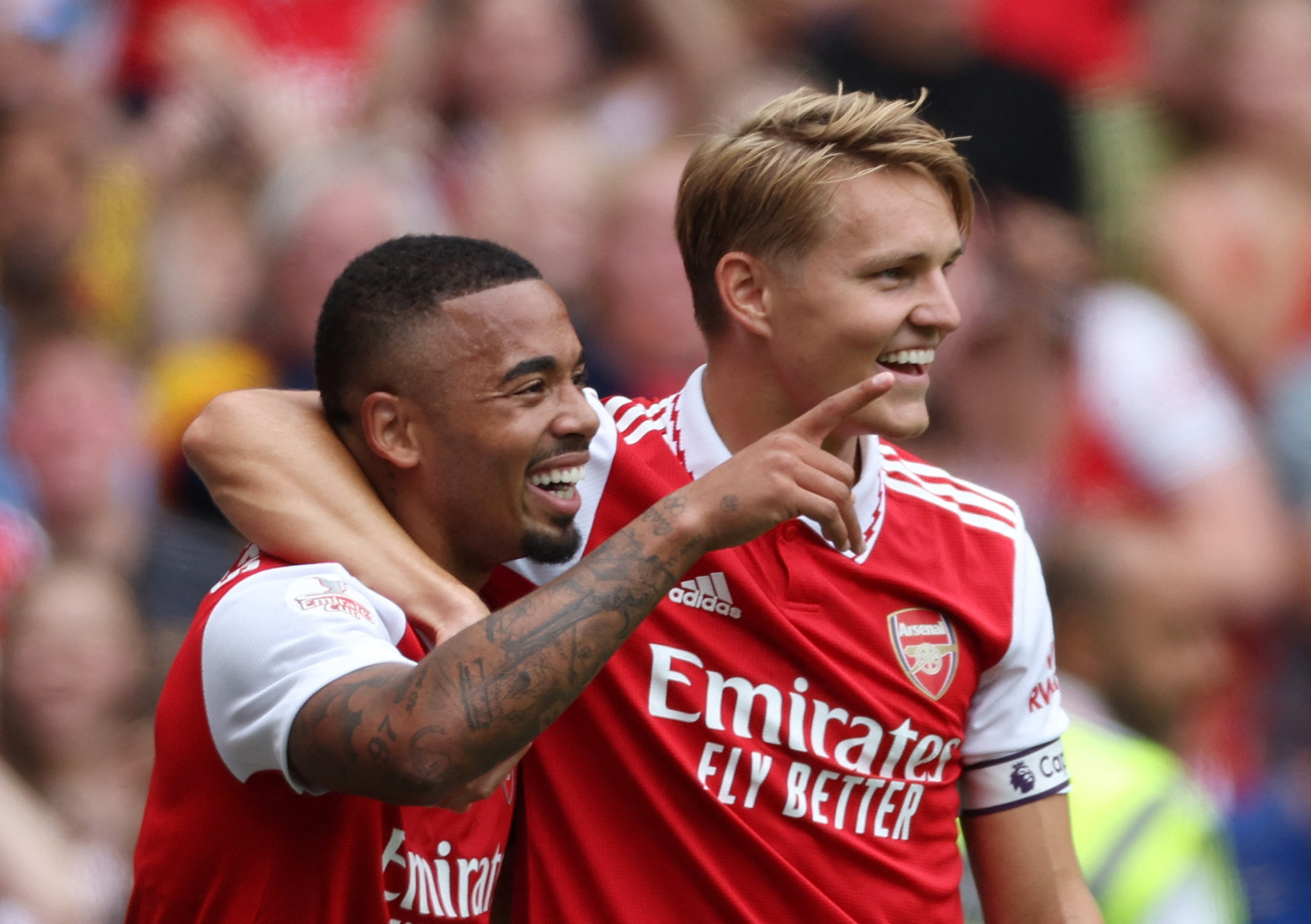 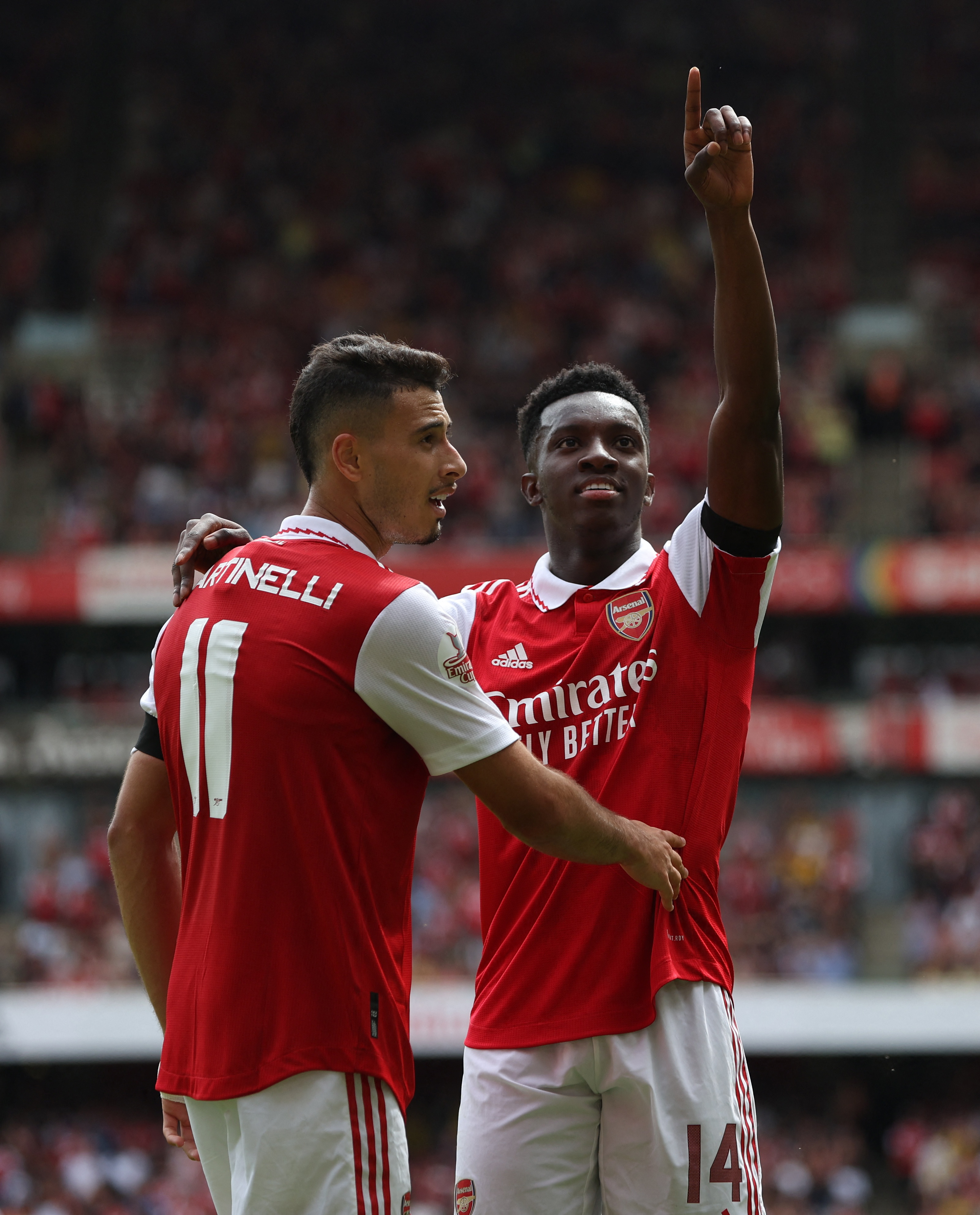