FOOTBALL fans have reacted with fury after the BBC axed their classified football results service at 5pm.

Former pundit Mark Lawrenson led the online backlash and labelled the decision an “own goal”.

The traditional reading of the top flight, football league and Scottish results on BBC Radio goes back decades.

Fans returning to their cars or heading home on the train from matches have been able to listen to the results service on the radio since the 1950s.

But stunned footie supporters were surprised to find no reading of the results on the 5 Live Sports Report programme, the world’s longest-running sports radio show.

Following a backlash, the BBC confirmed that since they have acquired the rights to broadcast Saturday evening Premier League matches on 5 Live, they have shaken up the schedule. 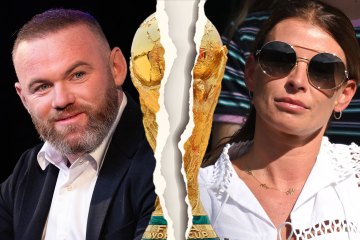 A spokesperson for the broadcaster said: “With the addition of the 5.30pm live Premier League match to our coverage, Sports Report has been condensed into a shorter programme.

“We will still offer a comprehensive goal service throughout the day on air and on the BBC Sport website as well as Final Score on BBC One.

“We would like to thank everyone who has read the classified football results on 5 Live over the years.”

The announcement sparked outrage from football fans who have spent years looking out for the classified results.

Lawrenson, the former Football Focus pundit, made his feelings clear.

He tweeted: “Can’t believe the BBC have dropped the Reading of the Classified results on Sports Report…..Talk about an OG..!! WTF….”

Another unhappy fan tweeted: “A certainty in all our lives for decades just dropped. Absolutely ridiculous decision.”

One footie supporter said: “It’s madness. Sports Report has been an institution for decades, and with ‘that’ music too.”

Another said simply: “End of an era right there.”

The classified results were first read out by John Webster as early as the 1950s.

He then passed the baton onto James Alexander Gordon in 1974, with his voice become one of the most recognisable in British broadcasting.

Charlotte Green took over the reading of the results in 2013.