ENGLAND fans were left fuming after spotting an Italy ‘handball’ in the build up to their equaliser.

Leonardo Bonucci equalised in the 67th minute after Luke Shaw had earlier netted for England after just TWO minutes.

Man England fans are adamant Bryan Cristante handballed in the build up to Italy’s equaliserCredit: BBC 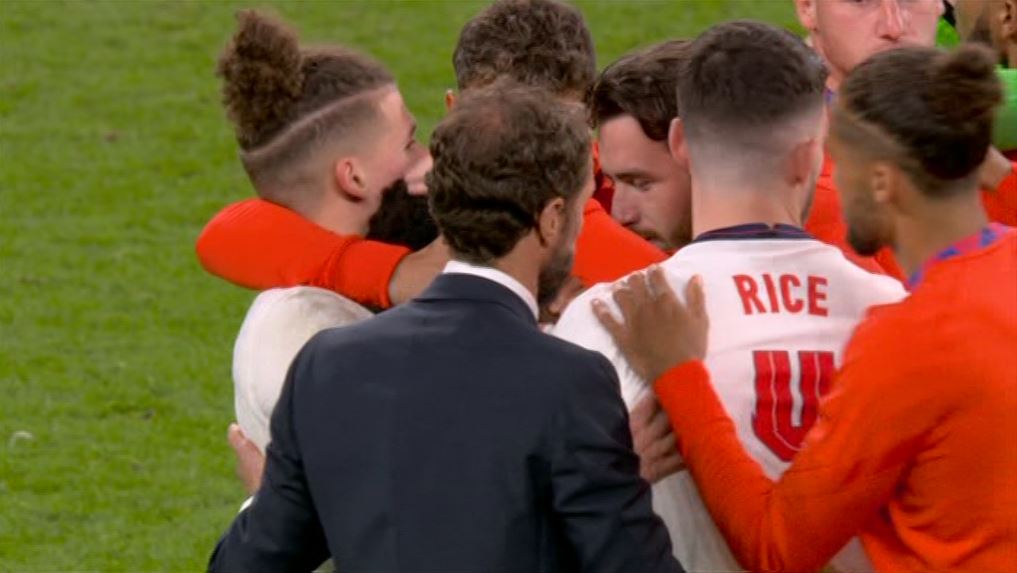 So Italy’s goal came from a handball

Didn’t that Italy goal have a handball in it?

It was no more than Italy deserved after England could barely get hold of the ball.

But Three Lions fans were adamant Bryan Cristante handballed in the build up to Bonucci’s slotting home.

In truth, the ball appeared to hit the substitute’s shoulder – but England fans were still not impressed.

Thomas Trangmar was stunned it was ‘not picked up by VAR’, with many labelling it as ‘blatant handball’.

One Chelsea fan was fuming that the goal came from an ‘Italy handball’ and yet England ‘have Uefa in their pocket’.

That came after The Three Lions’ route to the final came in for some criticism for having so many games on home turf.

Italy’s leveller took the game to extra-time and after 30 nail-biting minutes, England fell to a cruel shootout defeat.

Luke Dolan tweeted that England had been dealt with unfairly TWICE, and that as well as the goal being as a result of a handball, Raheem Sterling should have been awarded a penalty.

The Manchester City winger tumbled in the box between Giogio Chiellini and Bonucci.

Coming to think of it, if it was English VAR, Italy’s goal might have been ruled out on grounds of a ‘handball’ in the build up to the goal.. #EURO2020

Penalty on Raheem and Handball for the Italy goal? Give us something ffs 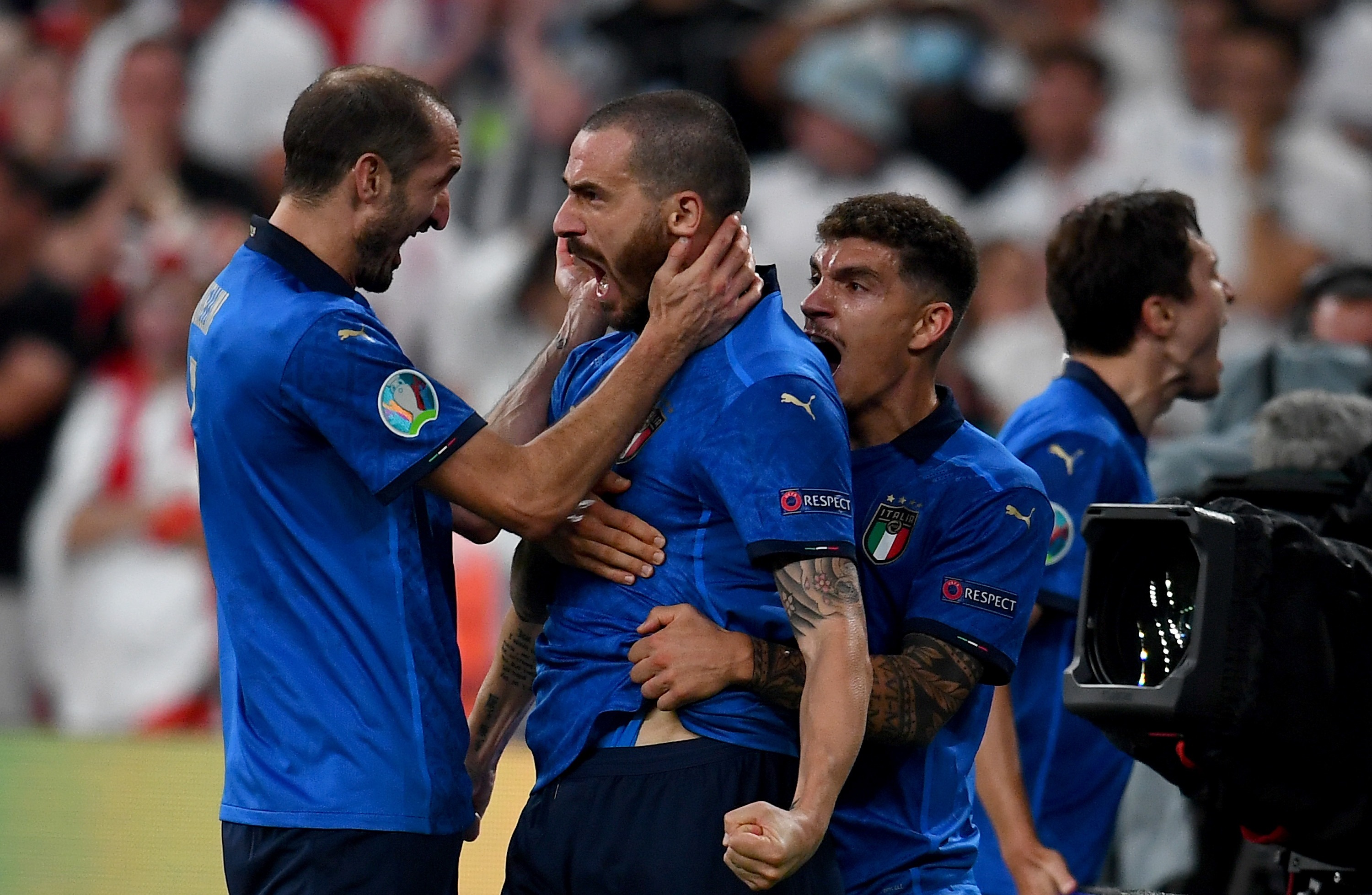 Leonardo Bonucci wasn’t waiting for the handball to be given as he celebrated the equaliserCredit: Getty

The two teams were tied 1-1 after 90 minutes to send the game into extra-time.

Despite their blistering start, England went on to be dominated in possession by the Italians.

And Shaw’s early strike was Gareth Southgate‘s side’s only shot on target in the opening 90.