REAL MADRID are reportedly furious that the Champions League draw is to be redone.

The redraw is set to go ahead at 2pm after the initial one was botched by Uefa earlier today.

The draw will be done once again due to an error by Uefa but Real were happy with their chosen opponents BenficaCredit: AFP

However, Real are happy with how the proceedings went down and are opposed to a new draw taking place, Get French Football News reported via Twitter.

Los Blancos were drawn against Benfica and are demanding that their proposed match with the Portuguese side still goes ahead in the Champions League’s next phase.

Real claim that the mighty balls-up happened AFTER they were drawn against Benfica so they shouldn’t be made to suffer for the error.

The two teams were pulled out the bowls before their were any errors made.

But their LaLiga counterparts Atletico Madrid and Villarreal don’t share the same sentiment and want the draw to be redone.

Uefa decided to investigate the original draw after Atletico were denied the chance to play Manchester United.

Instead, the Red Devils were drawn against Paris Saint-Germain, setting the stage for a blockbuster clash between Cristiano Ronaldo and Lionel Messi.

United were initially drawn against Villarreal – something that should not have happened as they were both in Group F and therefore not eligible to meet in the last-16.

Instead, a redraw was ordered and United’s crosstown rivals Man City were selected to play Unai Emery’s side.

Crucially, United were not then put back in the mix to face Atletico – with another group-stage foul-up adding to Uefa’s woes.

Villarreal were also incensed by the proceedings and according to Guillem Balague they want the draw to be conducted once again to uphold the competition’s integrity.

Fans online also demanded a redraw as some cheekily called for VAR to step in after the string of Uefa shockers.

Fan Nabilbaracat wrote on Twitter: “This is the VAR review portion of the #UCL draw…” 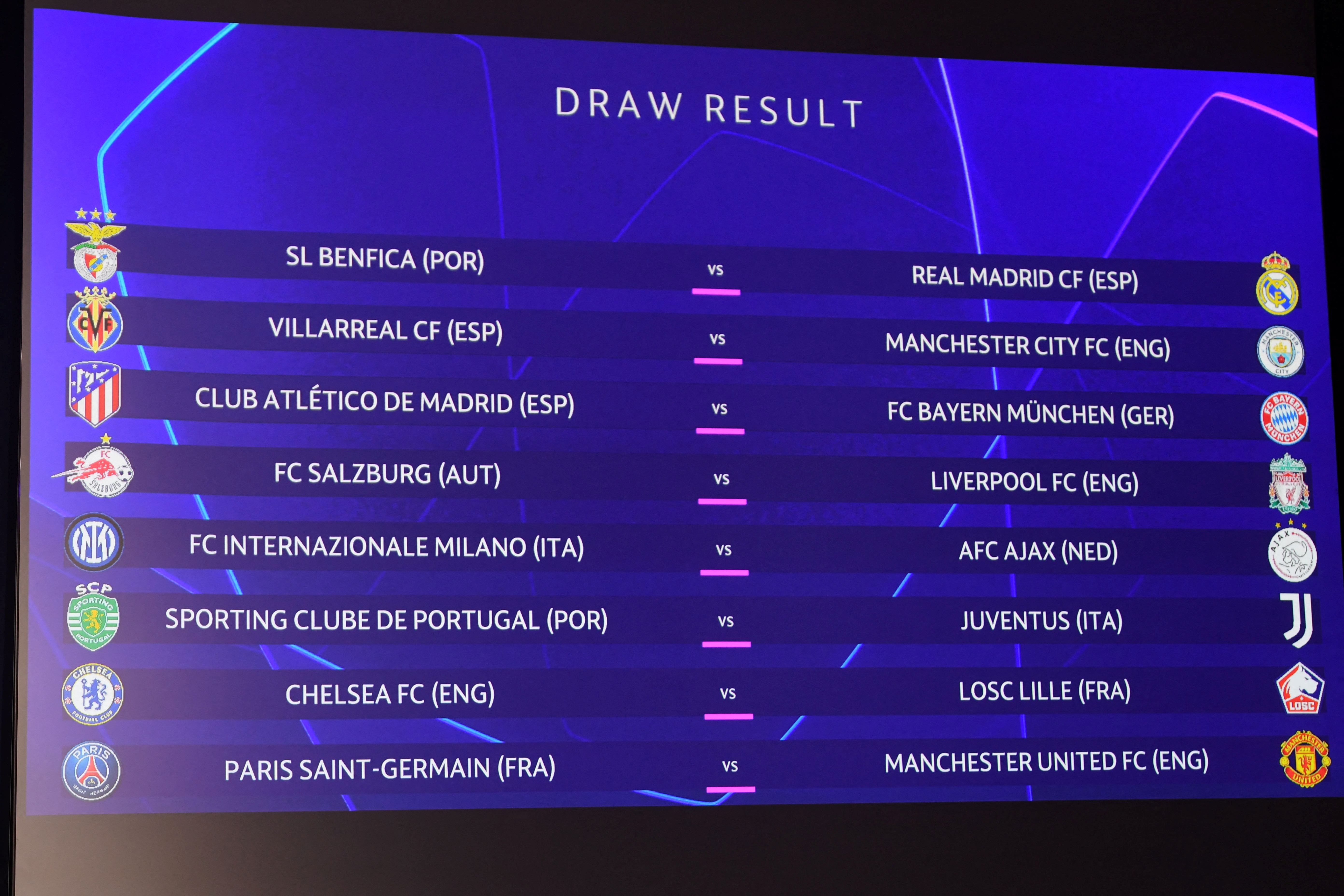