WOLVES target Joao Palhinha has held positive talks with Fulham boss Marco Silva in another twist to this transfer saga.

SunSport reported earlier this month that Wolves were close to completing the signing of the Sporting Lisbon midfielder, 26, in a deal worth around £20m.

Bruno Lage sees Palhinha as the perfect replacement for £50m-rated Ruben Neves, who has been linked with a move away from the Midlands this summer.

However, Wolves’ attempts to get the Palhinha transfer over the line was initially delayed by Fulham making a last-ditch hijack attempt with a slightly lower fee.

Sporting Lisbon are keen to sell to add to their kitty for this window, but the decision is ultimately down to the player.

And now, SunSport understands that the West Londoners believe they are in a strong position to snatch Palhinha away from Molineux. 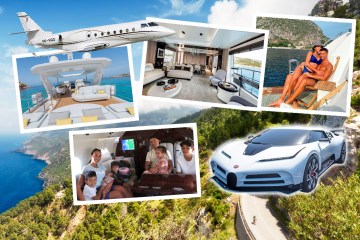 Fulham chief Silva has spoken with the Portuguese international about his desire to bring him to Craven Cottage to bolster their Premier League survival hopes.

SunSport also understands that Wolves remain confident the ground work they have put into this deal will not be wasted having initially fought off interest from Manchester United.

But, Fulham’s decisive action has thrown them off guard.

Wolves also have the issue of Neves’ future.

The 25-year-old has two years left on his current contract but has spoken of his desire to play for a European heavyweight.

Manchester United and Barcelona have shown an interest, but they are yet to make a formal bid and Neves’ agent Jorge Mendes is struggling to attract an acceptable offer.

There are concerns within Wolves that the longer Neves remains at the club, the more this could delay their attempts to bring players in, including Palhinha.

Wolves boss Lage has said in the past he would love to keep Neves at the club, yet would be satisfied if the right offer came along.