FABIEN BARTHEZ was one of the most recognised footballers in the world in the late 1990s.

His iconic bald head being kissed by French team-mate Laurent Blanc at the 1998 World Cup is a memory that still lives on. 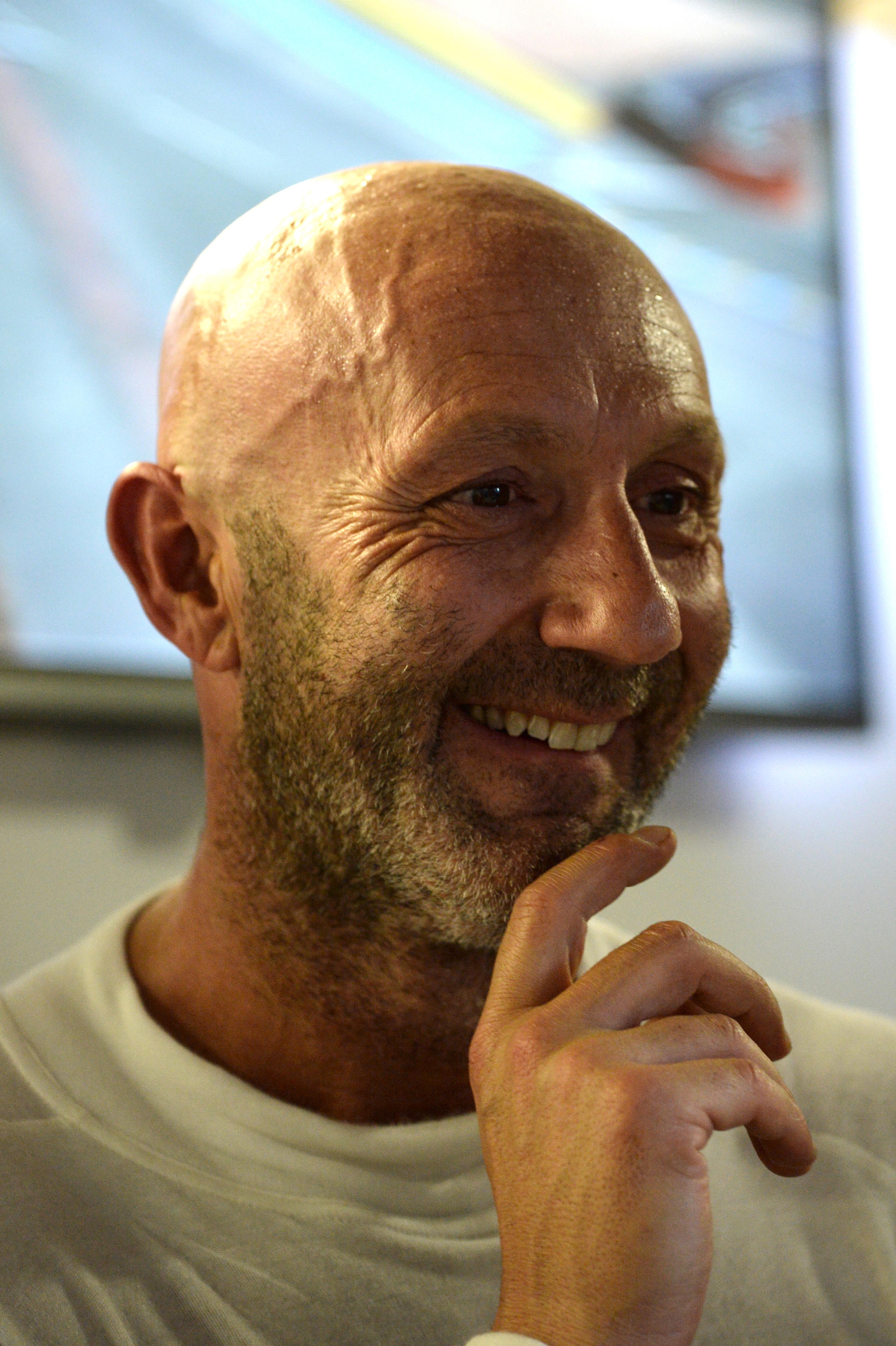 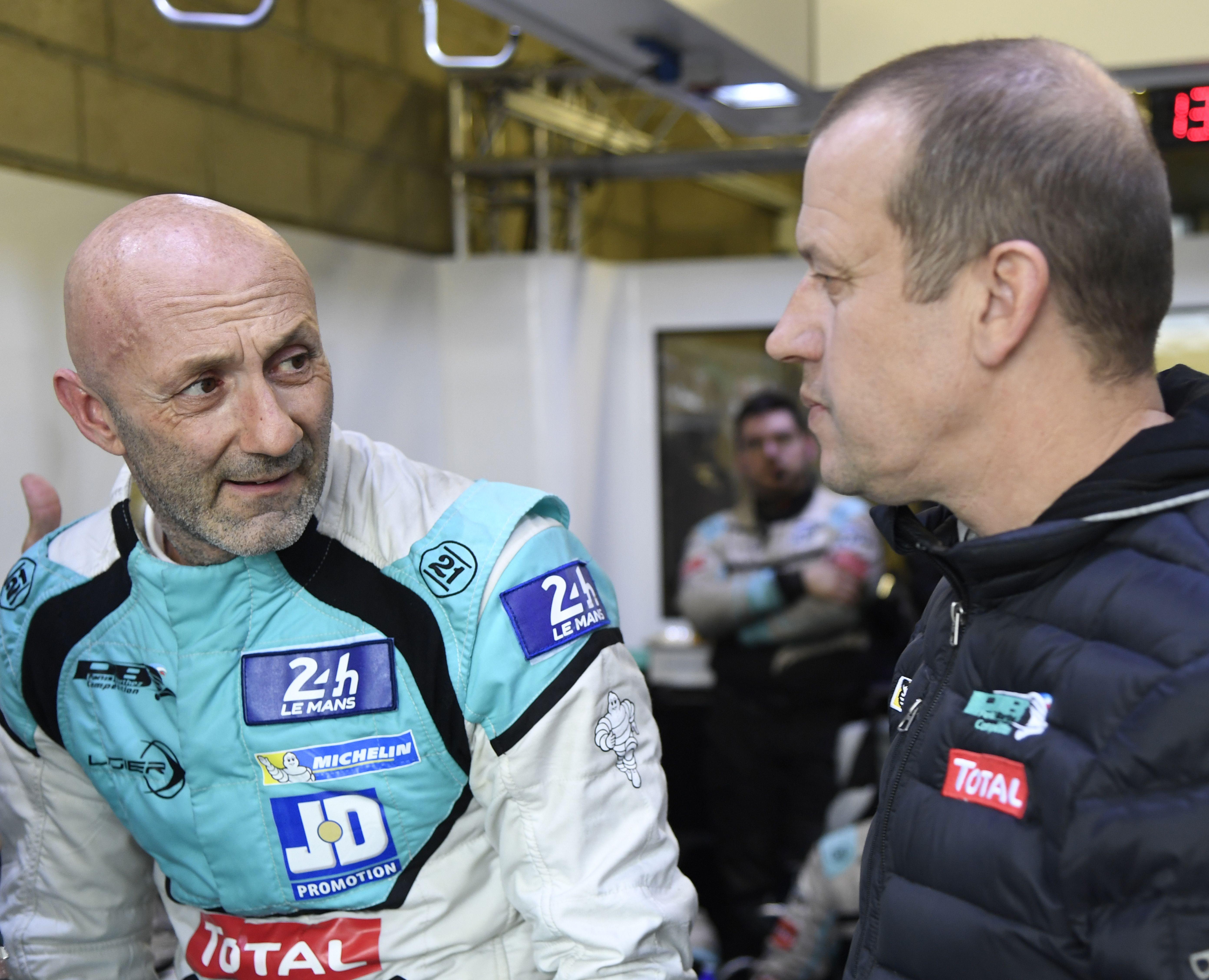 Now, the eccentric keeper who, according to Sir Alex Ferguson thought he was a better outfield player, is a racing driver.

At the age of 36, Barthez took up motorsport professionally in 2008 when he competed in the Porsche Carrera Cup France.

In 2010, Barthez achieved his first podium finish at the FFSA GT Championship in race one at Dijon-Prenois.

Beginning to excel behind the wheel, he won his first race in the FFSA Series in race two at the Circuito de Navarra a year later.

He finished a credible seventh in the championship, gaining even more confidence on the track.

Then, wanting to test himself further, Barthez entered his first 24 Hours of Le Mans race in 2014. 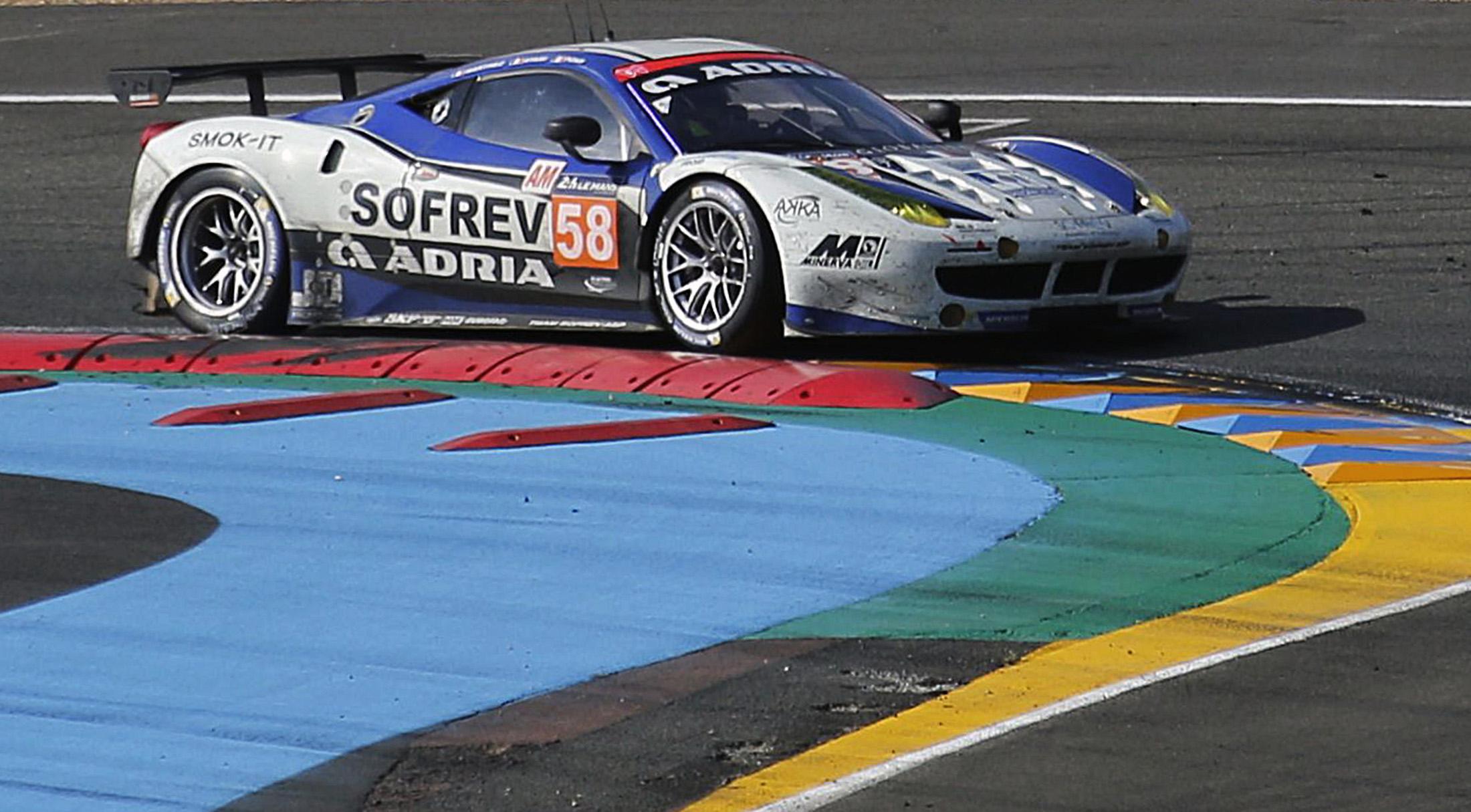 Fabien Barthez whizzes around the Le Mans track in a Ferrari 458 Italia in 2014Credit: Reuters

He finished a credible 29th overall and ninth in the LMGTE Am class driving Team Sofrev ASP’s Ferrari 458.

The transition from footballer to racing fast cars is something that’s always been on the cards for the very private Frenchman, who rarely gives interviews.

Barthez said: “I have always been fascinated by motorsport, even when I was playing football. It always intrigued me.

“I wanted to understand what it felt like being in a car.

“I had to wait until the end of my pro career to try it.

“That said, it’s not like football: you can still be good even when you are 35, which was my age when I stopped playing.”

In 2018, Barthez appeared on a French TV documentary called Brothers of Sport on L’Equipe channel. 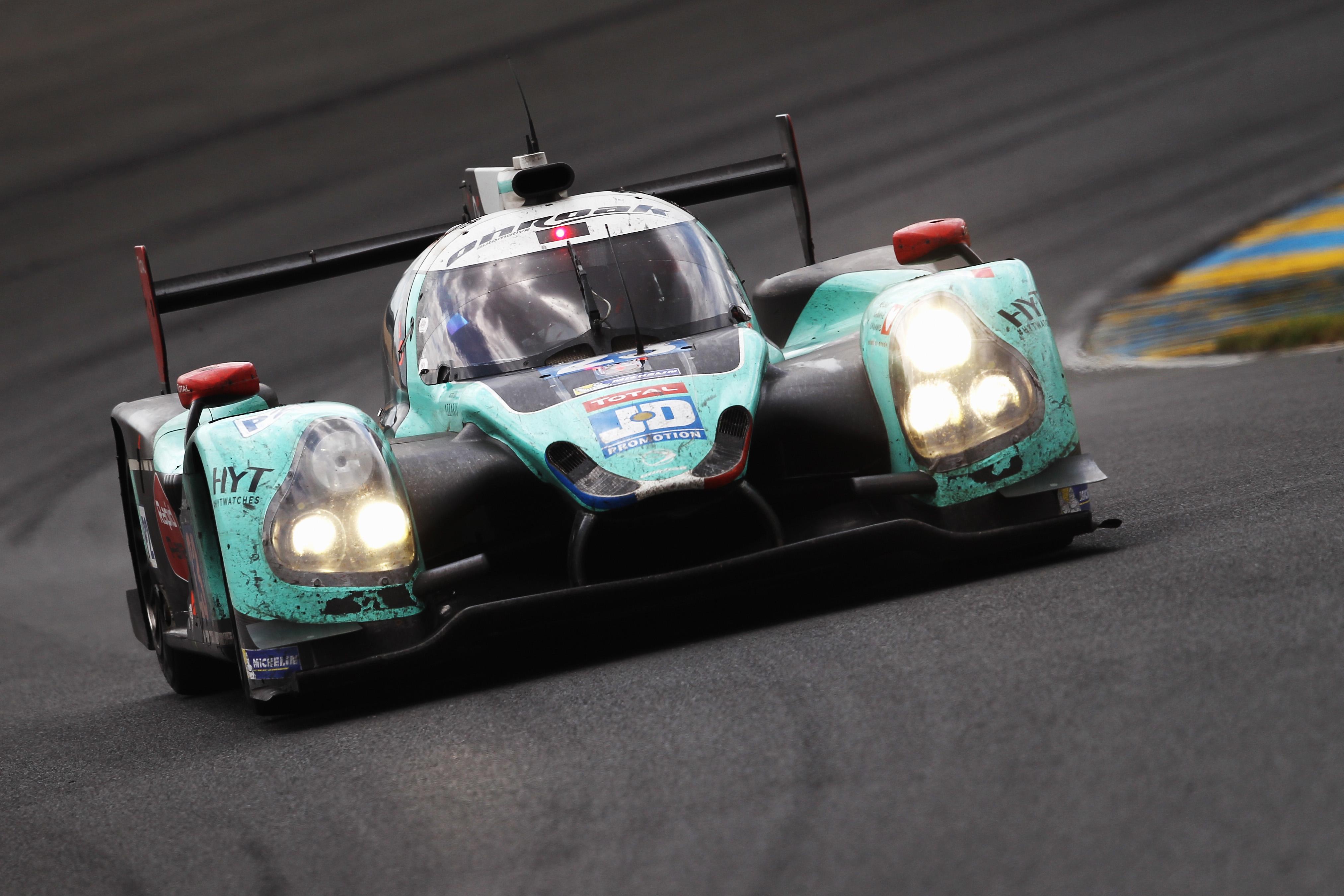 Fabien Barthez admits he was fascinated by motorsport during his playing daysCredit: Getty Images – Getty 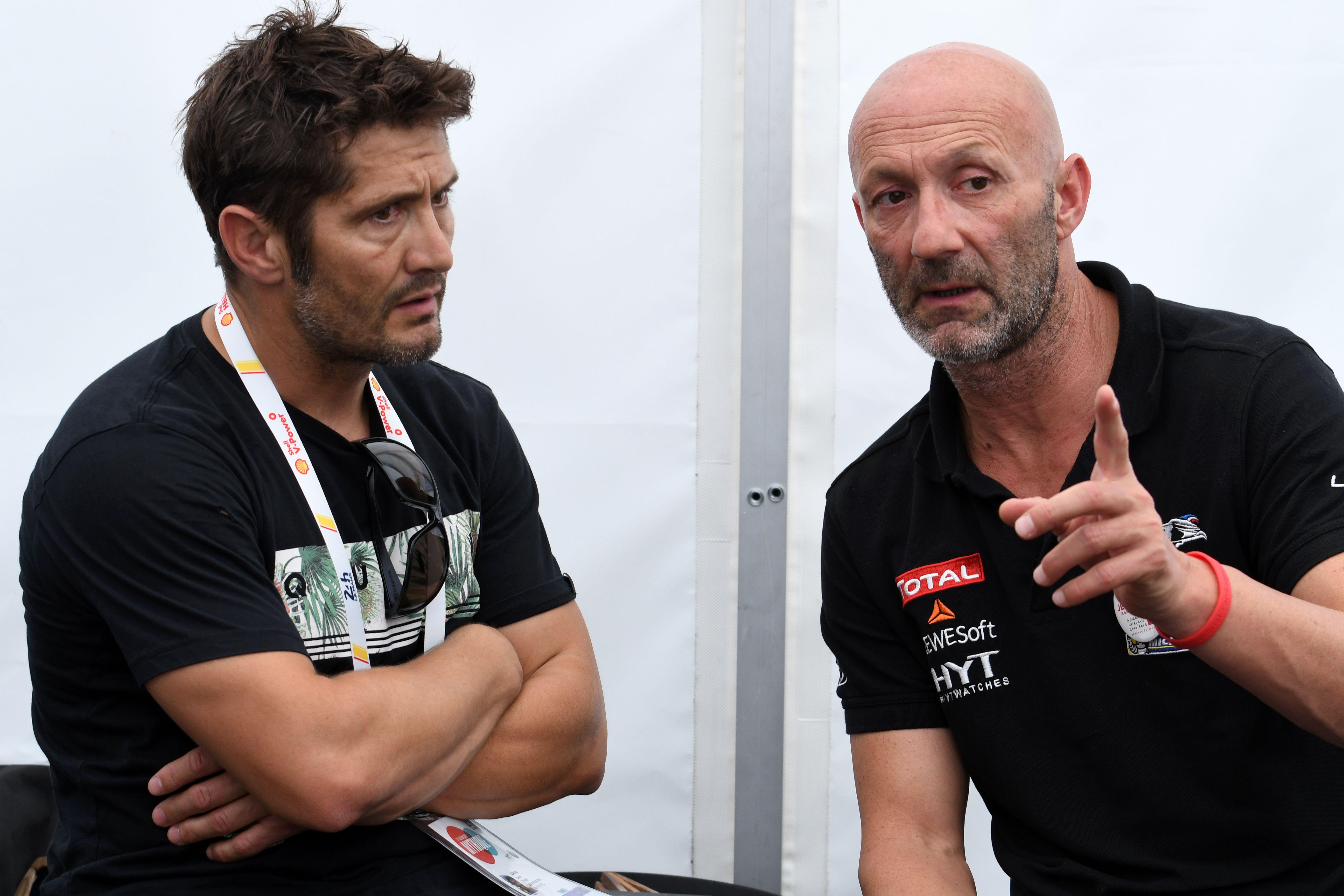 He recalled having a conversation with former French F1 driver Olivier Panis in 1998 about the possibility of changing careers.

It was shortly after France won the 1998 World Cup and Barthez was in disbelief about the magnitude of the whole situation.

Barthez recalled: “I spoke to Olivier during the summer. I asked him if I was a World Cup winning footballer.

“It all happened so quickly. We had no time to really live in the present. I was asking myself ‘What just happened?’

“I’m from the generation who were told to profit from our careers, because they were (over) so quickly.

“And when they’re over, they’re over. That’s my message to the young: profit, because it goes very quickly.”

The moment he retired, Barthez made good on his promise and started racing cars.

He set up the team Panis Barthez Competition in 2016 with the 1996 Monaco Grand Prix winner with the aim of racing at Le Mans. 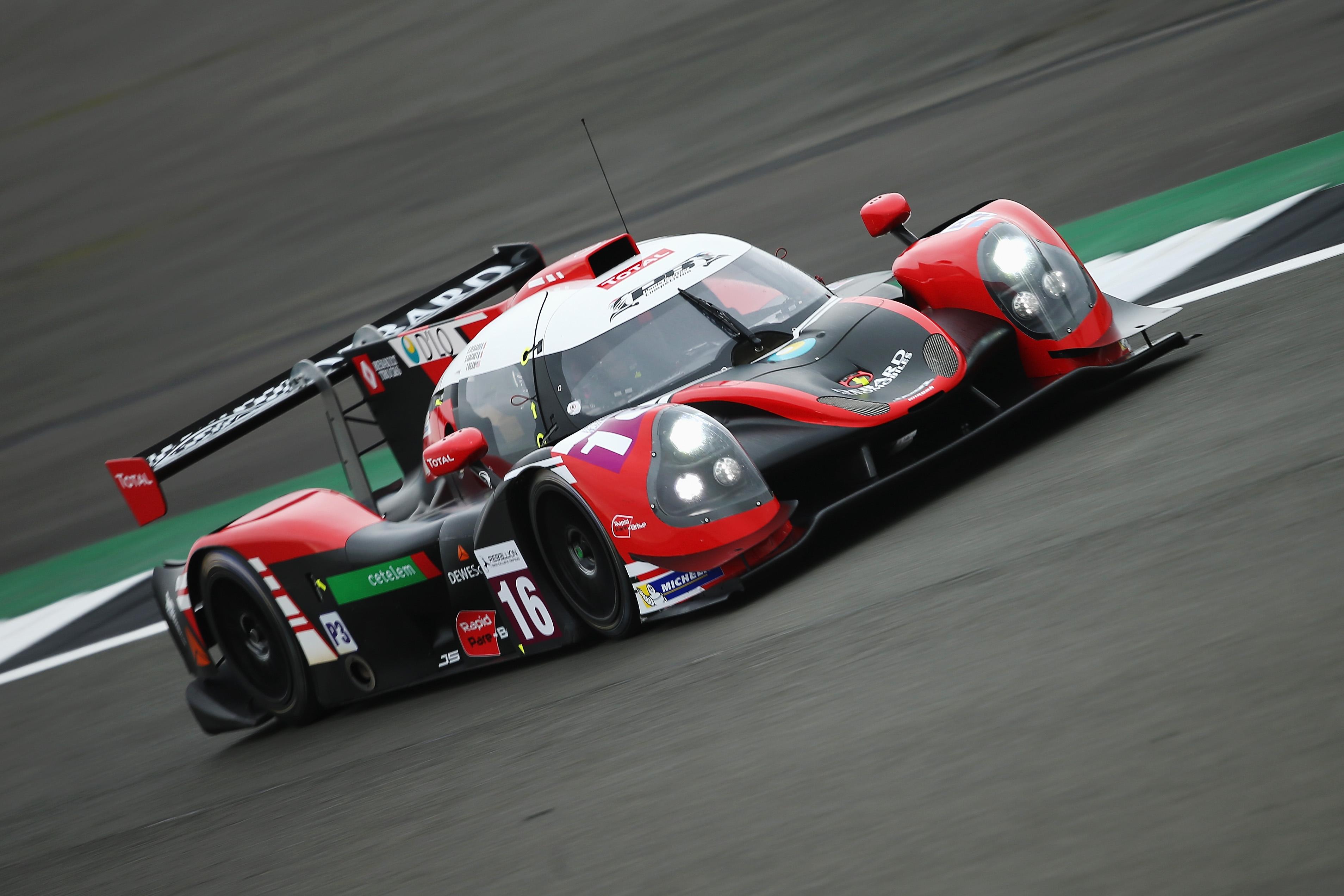 At the age of 36 Fabien Barthez moved into motorsportCredit: Getty Images – Getty 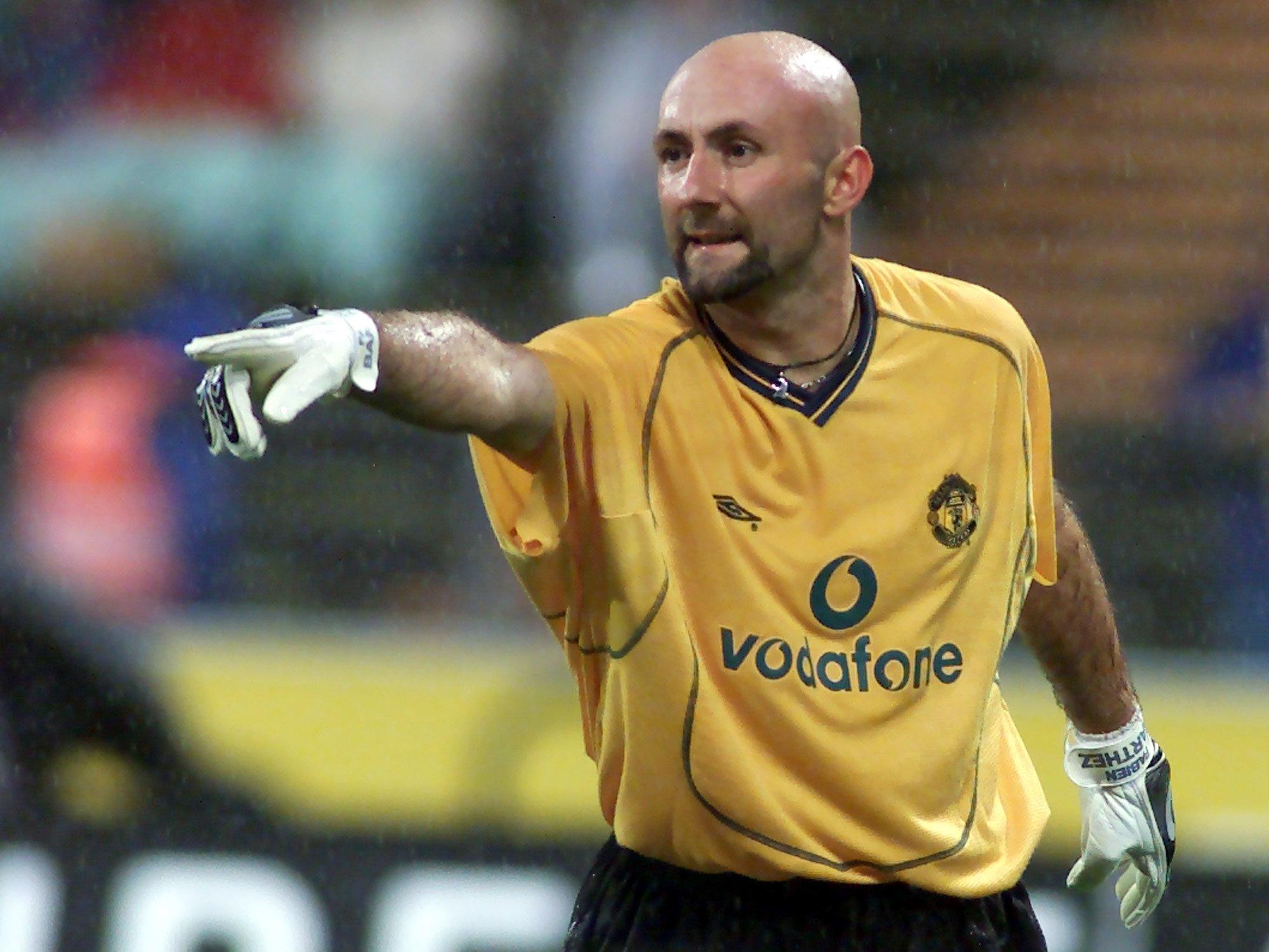 Fabien Barthez retired from his professional football career at the age of 35Credit: AP:Associated Press

At the 2017 race, fearless Barthez recorded top speeds of 206mph on the tough Le Mans circuit.

“I know the course very well. The atmosphere, the spirit,” he said in the documentary.

“I spent three months learning everything I could. It was a passion that turned into an obsession.

Sadly, he had to retire from the 2017 competition when his Ligier JS P217 prototype suffered a broken clutch three hours from the end of the race.

He said: “I tried to get it going again, but then had to abandon it.”

Referring to the paddock, he said: “It hurts the team. When you come back here, and the guys are down.”

But he added: “It’s part of the learning process in a very tough race. It’s all part of the whole – heat, small mistakes, punctures. 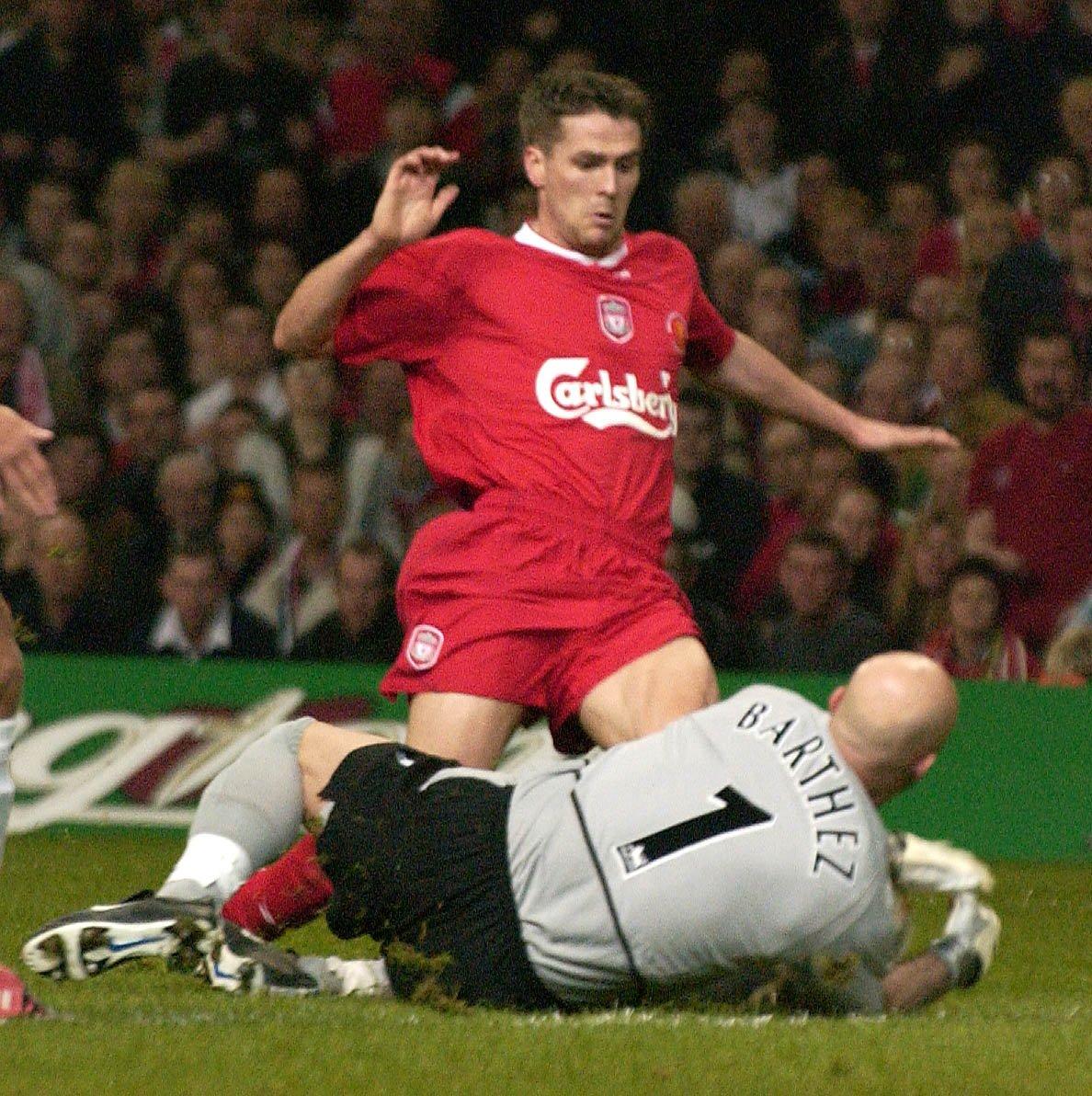 Football and racing are comparable in terms of the pressure Fabien Barthez saysCredit: Times Newspapers Ltd 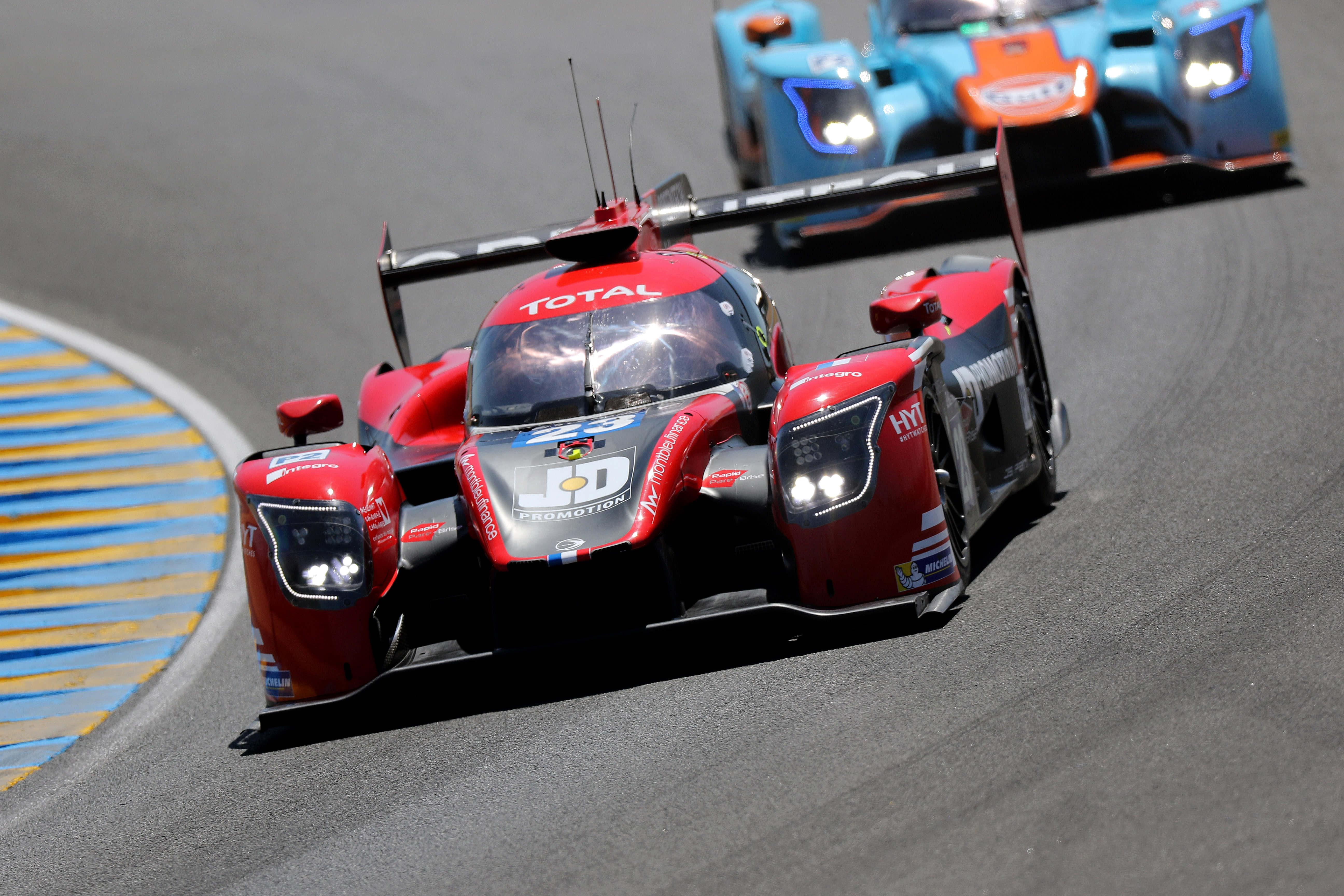 “We have to analyse. Anyway, it will make us grown.

“In the meantime, keep your head up and the spirit positive, that’s the way you go forward…It’s about the team, about sharing.

“That’s my philosophy in sport.”

And team owner Panis couldn’t fault his commitment and dedication to motorsport either.

“I have learnt a lot and I am really glad to work with Fabien,” Panis told Omnisport.

“He is a fantastic driver and it is amazing to see what he has achieved.”

It’s clear to see, with Panis as his mentor, Barthez can continue to succeed at the highest level of motorsport.

His achievements on the track add to what has been a glittering sporting career.

Before that, he tasted victory in the Champions League with Marseille in 1993, and was a Ligue 1 winner twice with Monaco in 1997 and 2000.

However, his crowning glory came with Les Blues in 1998 when he lifted the World Cup, following it up with the European Championships in 2000.

It’s clear that Barthez is driven to succeed in whatever he does.

Like a duck to water, Fabien Barthez has taken to racing with easeCredit: News Group Newspapers Ltd 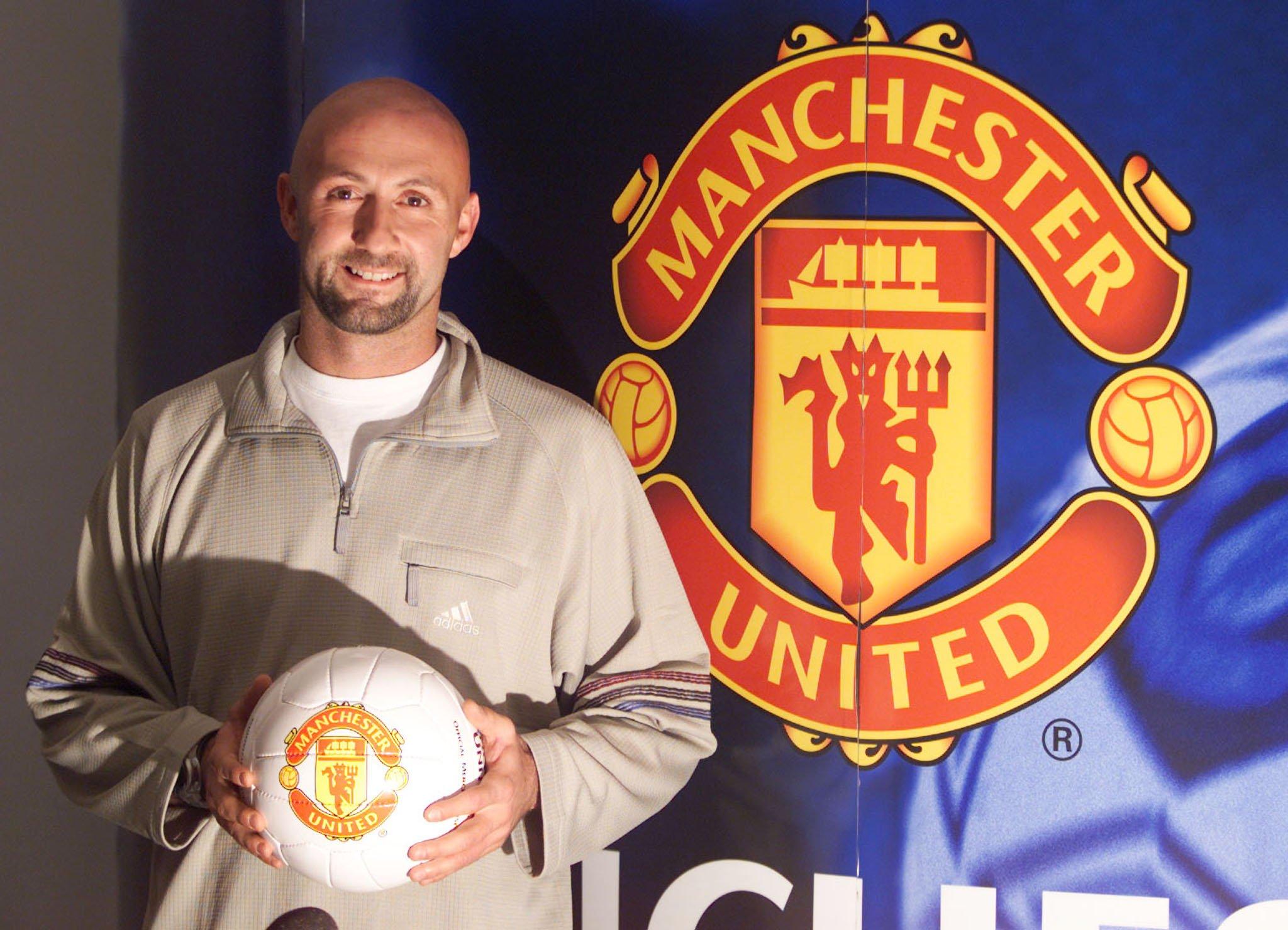