FRANK LAMPARD plans to recruit top–rated Chelsea coach Anthony Barry if he gets the Everton job.

Lampard is now favourite to succeed sacked Rafa Benitez and will be given his second interview by Goodison owner Farhad Moshiri over the next 24 hours.

Frank Lampard is now the favourite for the Chelsea jobCredit: Reuters 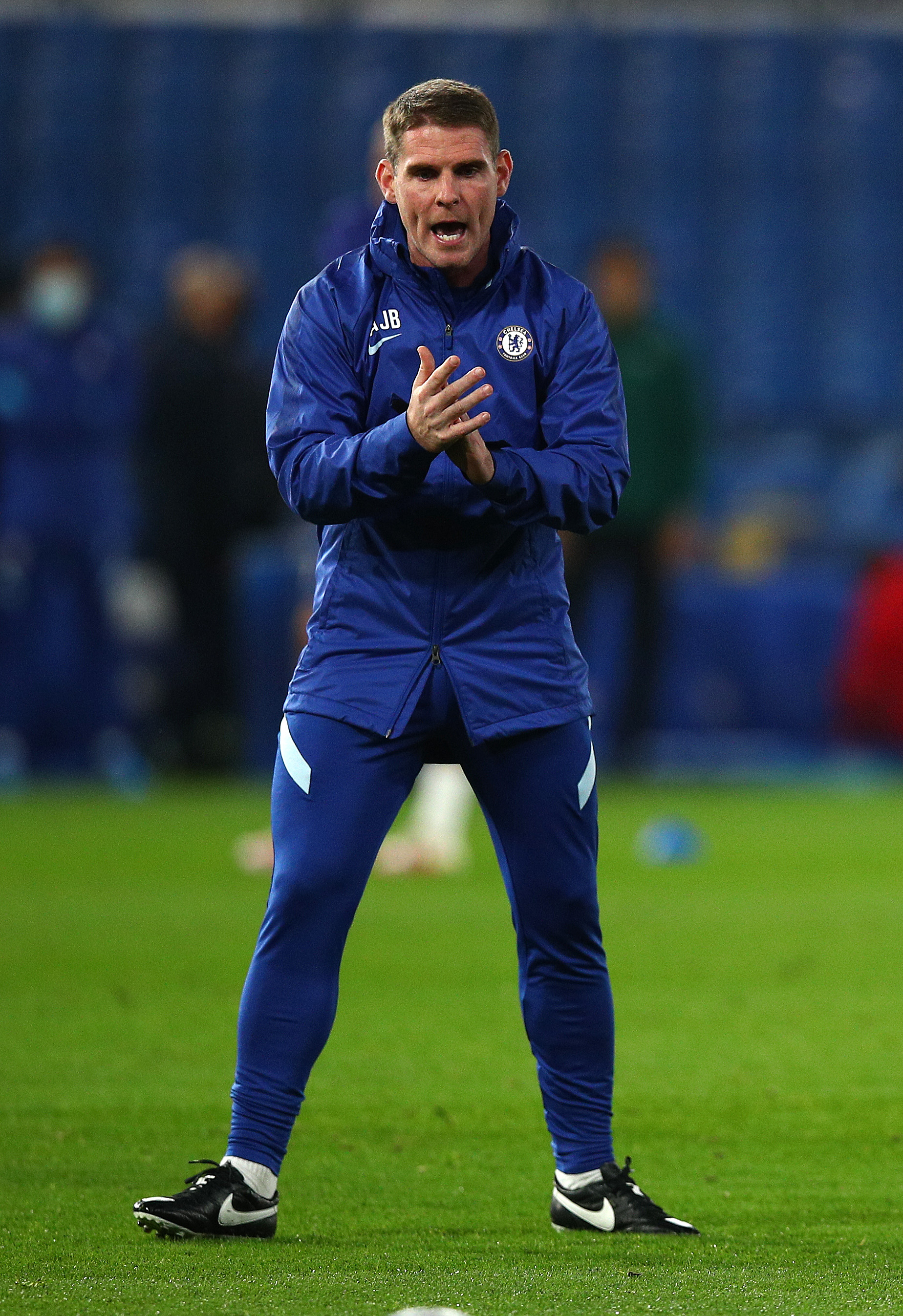 He wants to bring highly-rated coach Anthony Barry from Chelsea to GoodisonCredit: Getty

In it he will bring Barry’s name to the table having first hired him in 2020 when he was still manager at Stamford Bridge.

Barry, 35, would add a crucial Scouse element to Lampard’s reign.

He is an ex–Everton youth player and was born in Liverpool – a background that would go down well with the Toffees’ disillusioned support.

Thomas Tuchel persuaded him to stay at the Bridge after Lampard was sacked a year ago with Cardiff City, Aberdeen and Tranmere Rovers all vying for his services.

The German credits him with being the brains behind his side’s set-pieces from which nine goals have been scored this season.

The former full-back – who spent much of his career in non-League after not breaking through at Everton and who is also part-time Republic of Ireland coach – famously watched 16,380 throw-ins as part of his research.

Before joining Lampard at Chelsea he spent three years working under Paul Cook at Wigan Athletic.

The plan to bring in one of the brightest young coaches in English football is bound to help Lampard’s bid to restart his managerial career on Merseyside.

Portuguese Vitor Pereira had been favourite but his live TV interview after talks with Moshiri on Wednesday went down badly with the Everton hierarchy.

It came after graffiti was sprayed on the club’s stadium wall with the message: “Periera out – Lampard in.”

The Stamford Bridge icon is now very much favourite to replace Benitez after Moshiri first went for ex-boss Roberto Martinez then near-unknown Pereira.

But his potential entrance along with his plans to take Barry with him will place a question mark over the future for current coach and stand – in boss Duncan Ferguson.