PREMIER League star Kurt Zouma, who was filmed drop kicking his cat, is an ambassador for a charity that works with big cats which have been abused.

The Sun tonight revealed shocking footage showing the West Ham defender attacking his pet by throwing shoes at it and then slapping the petrified puss in his £2million mansion.

RSPCA has received at least one complaint about the video showing West Ham star Kurt Zouma kicking a catCredit: Rex

Horrifying sight . . . footage begins with West Ham star Zouma dropping the cat and booting it across the kitchen floor, before the petrified puss scrambles away 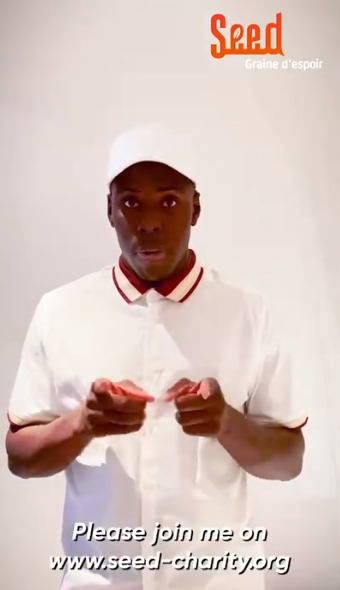 The French international chases the cat around his dining room in front of a child as the cameraman laughs.

He hurls a pair of designer shoes at the animal, which frantically tries to escape.

In a final clip he is seen slapping the pet in the face  — and out of the child’s arms.

Ironically Zouma is an ambassador for French charity, Seed, which has raised money for an animal shelter for big cats, The Sun can reveal.

The charity, which Zouma proudly promotes in his Instagram bio, collected £20,000 to renovate a tiger enclosure at Refuge De L’Arche in France last year.

They house big cats such as tigers and lions who were seized from abusive owners and would not be able to survive in the wild.

But now disgusted animal welfare charities have slammed the Premier League ace — who could now face a criminal probe.

The Sun understands that the RSPCA has received at least one complaint about the video, which could give the charity leeway to pursue a prosecution.

Last night Zouma issued a grovelling apology for the attack and insisted it was an isolated incident.

He said: “I want to apologise for my actions.

“There are no excuses for my behaviour, which I sincerely regret.

“I also want to say how deeply sorry I am to anyone who was upset by the video I would like to assure everyone that our two cats are perfectly fine and healthy.

“They are loved and cherished by our entire family, and this behaviour was an isolated incident that will not happen again.”

It is understood the £30million player was furious that the Bengal —  an expensive breed of domesticated cat that looks like a small leopard — messed up his house.

A source said: “It seemed Kurt had got angry at the cat for accidentally smashing some sort of vase and tearing down a light fixture from the kitchen cupboard.

“But what he does next is completely unacceptable.

“Kurt kicks it, throws shoes at it and then slaps it. The poor cat looked so scared.”

The disturbing footage was filmed by Zouma’s brother Yoan and posted to Snapchat on Sunday afternoon — a day after the centre-back appeared for West Ham in the FA Cup.

An RSPCA spokesman said: “This is a very upsetting video. It’s never acceptable to kick, hit or slap an animal, for punishment or otherwise.” 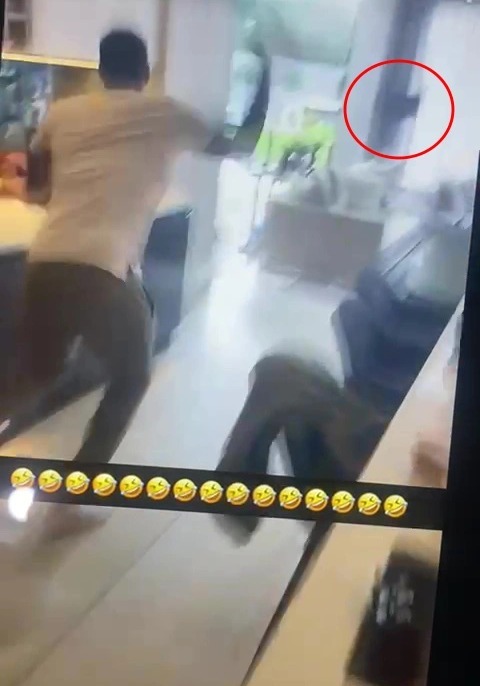 Emojis on footage as Zouma hurls designer shoes at puss