A FOOTBALL fan has started her own OnlyFans account after raunchy celebration made her an overnight internet sensation.

Carla Garza went viral after lifting up her shirt and exposing her breasts after Tigres UANL striker Andre-Pierre Gignac scored a match-winning penalty against Pachuca in Mexico in October.

The videos of her celebrations were a huge hit online and she responded by making her own Twitter and Instagram accounts which racked up thousands of followers.

It might have been the first time she had entirely exposed her breasts but she had previously posted a photo in her Tigres shirt showing off her bra.

She has now decided to cash in and launched her own OnlyFans page.

She is charging £12.20 per month for x-rated content, and the page is captioned: “Hello guys, subscribe to know all my secrets.” 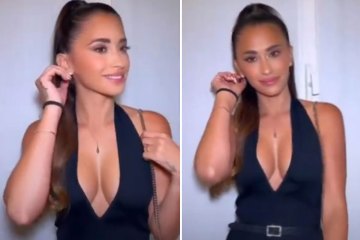 It is not all good news for the fan as she was reportedly banned from Universitario Stadium.

Club president Mauricio Culebro said: “Of course, it shouldn’t happen in one of these events and we’ll be watching to make sure it doesn’t happen again, but we know it’s something difficult to control.”

Despite not being able to show her support in the flesh she has made the most of the event, Garza explained her flashing on TV show Es Show.

She said: “It was a promise to the stands. Then the emotion won us, everything won us and I had not thought that I was going to do it.

“It was something that came up at the time.”

She also made the promise to continue to support the club and her favourite player despite her ban, adding: “Where will we see the game that for being so excited they banned me from UNI.

“I love you GIGNAC, wherever I am, I will support you.”

Meanwhile, Tigres have been drawn to play against Orlando City in the round of 16 of the CONCACAF Champions League. 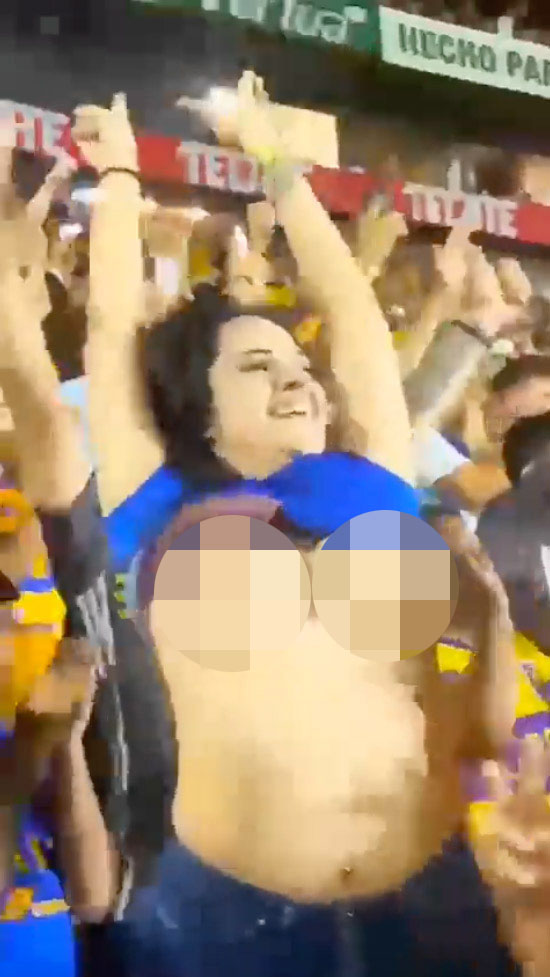