RANGERS fans are bracing themselves for a Steven Gerrard double-whammy – fearing the new Aston Villa boss could launch a rapid raid on Ibrox in the January transfer window.

Gerrard is in a unique situation to know intimately the exact worth of each and every one of last season’s title-winning team.

Financially in terms of their transfer value, their wages, and the fee Rangers would find acceptable for each of them.

But more importantly, Gerrard knows their worth on the pitch and whether they are capable of making the significant leap from Scottish football to the Premier League.

Villa’s new manager will know exactly who is good enough to enhance his new squad and that gives him one advantage over some of his Premier rivals in this January’s transfer window.

Many English clubs and their managers believe the gulf in class between the SPFL and the world’s biggest league is too cavernous to bridge.

He’s well aware that John McGinn was plucked from under the nose of Celtic by Steve Bruce when he was Villa boss for the ridiculously bargain fee of £3.5million.

Gerrard will know there are similar bargains to be prised from Ibrox and he knows Rangers need the cash.

The Ibrox club pushed the boat out financially to fund Gerrard’s initial spending spree to the tune of £40m.

But that tap has been turned off and Gerrard has operated on a diet of free transfers for the past two windows.

Covid hit Rangers hard and the club has suffered crippling financial losses of £23.5m and £15.9m over the past two financial years.

Rangers model is to buy low and sell big but no-one has come up with the magic numbers yet for their players.

Gerrard can crack that code and pluck a bargain or three from Ibrox, while giving his former club a speedy cash booster jab into the bargain. 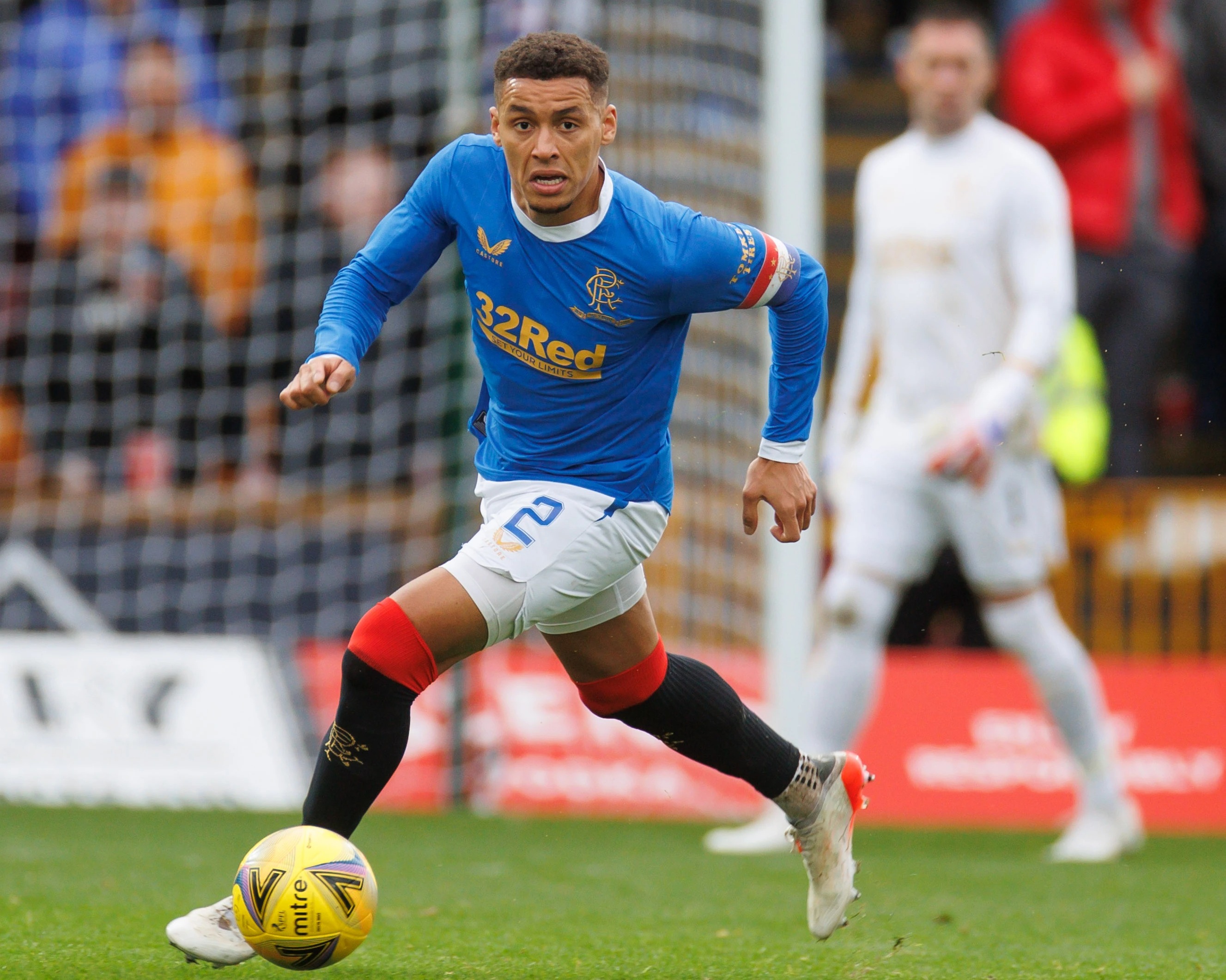 It would be tempting for Gerrard to take his trusted long-time captain James Tavernier to Villa.

The dead ball expert and fast-raiding right back scored a staggering 19 goals last season in all competitions and contributed 12 goals and 11 assists in 33 appearances as Rangers romped the league.

However realistically, at 30, Tavernier has probably missed this particular boat.

Matty Cash, now a Polish international, continues to progress for Villa but Gerrard will not want to miss out on Nathan Patterson, who is destined to play in the Premier League… soon.

The academy product made an instant impact as a teenager when Tavernier was injured and he stepped up to become an instant fans’ favourite.

His electric pace and non-stop running power saw him called up for Scotland’s Euro squad after just 16 senior appearances.

Now 20, Patterson is already a full-international and regarded as a Rolls Royce right-back – the Scots’ equivalent of Trent Alexander-Arnold.

Everton failed in a £5m summer bid – Gerrard will know Patterson is a snip at double that. 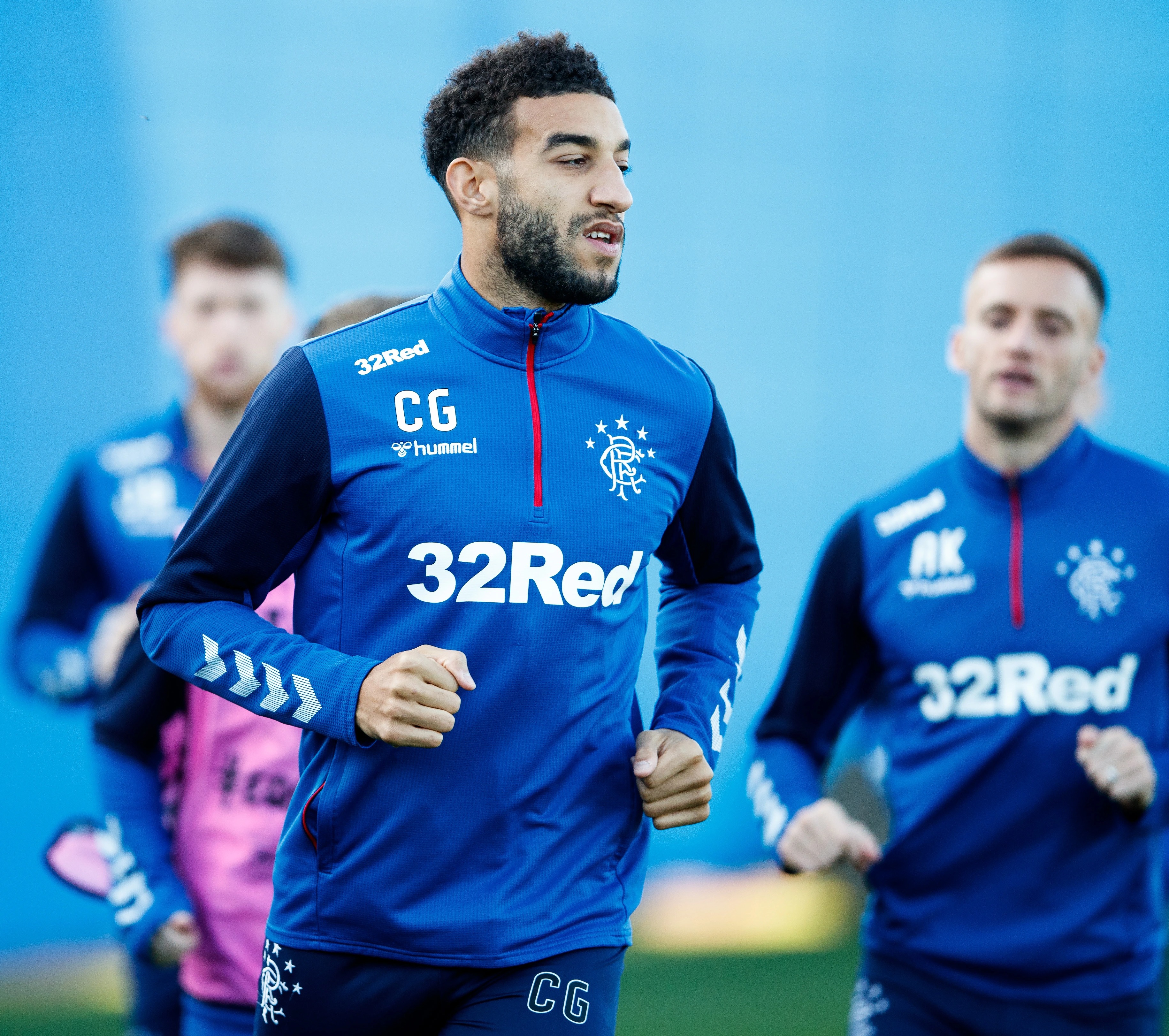 Conor Goldson could be brought down to the Midlands to shore up Villa’s defenceCredit: Kenny Ramsay – The Sun Glasgow

Tyrone Mings may be an England international who played at this summer’s Euros but he was dropped following an alarming slump in form – perhaps a hangover from the Three Lions’ Euro final defeat on penalties.

Ezri Konsa hasn’t been his usual rock-solid self, Axel Tuanzebe is a loan player from Manchester United and Kortney Hause has yet to establish himself as a first-pick.

Goldson has thrived under Gerrard and emerged as a commanding defender since joining from Brighton and helped Rangers’ defence concede a miserly 13 goals in 38 league games as they strolled to the title.

His contract offer from Rangers remains unsigned and his current form has dipped, probably due to the uncertainty over his future.

Gerrard could pick him up for around £5-7m – again good business for an experienced defender with good passing skills, who can use the ball intelligently from the back. 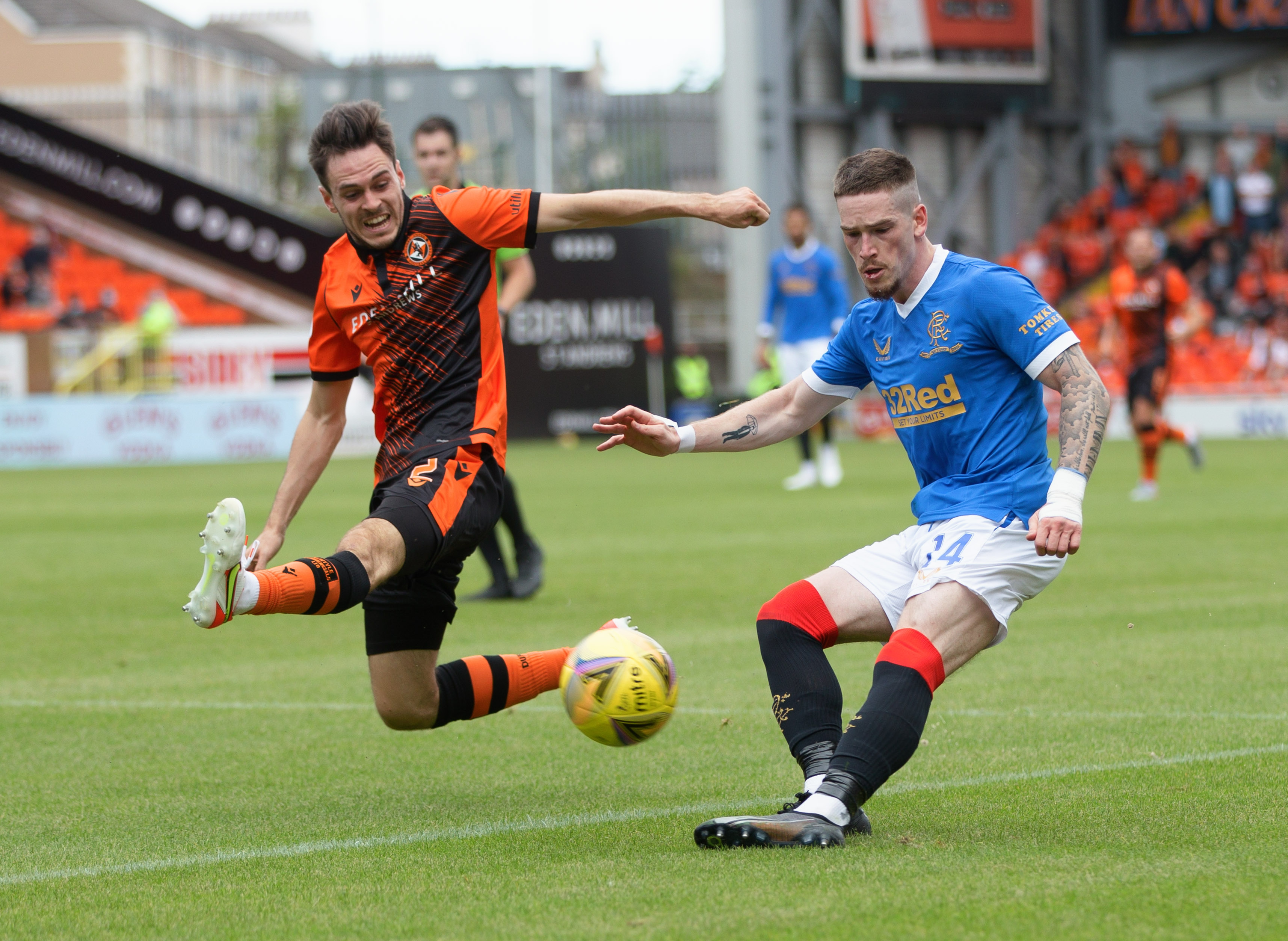 One of Villa fans’ biggest bugbears is their lack of a quality left-sided attacker which is ironic, considering almost all their play started from there while Jack Grealish was around.

Former Liverpool kid Ryan Kent could ignite that area of the park again.

Since Grealish packed his bags, Villa failed to find a left-sided replacement with Emi Buendia and Leon Bailey, as well as Bertrand Traore all preferring to operate on the right.

Anwar El Ghazi is the sole option on the left and Gerrard will want to address that imbalance.

Kent has jaw-dropping pace, can beat a man and he’s a better finisher than Grealish.

Leeds failed to prise him away from Ibrox for £11m – but Rangers would find a £20m bid hard to turn down as the 25-year-old enters the last 18 months of his contract. 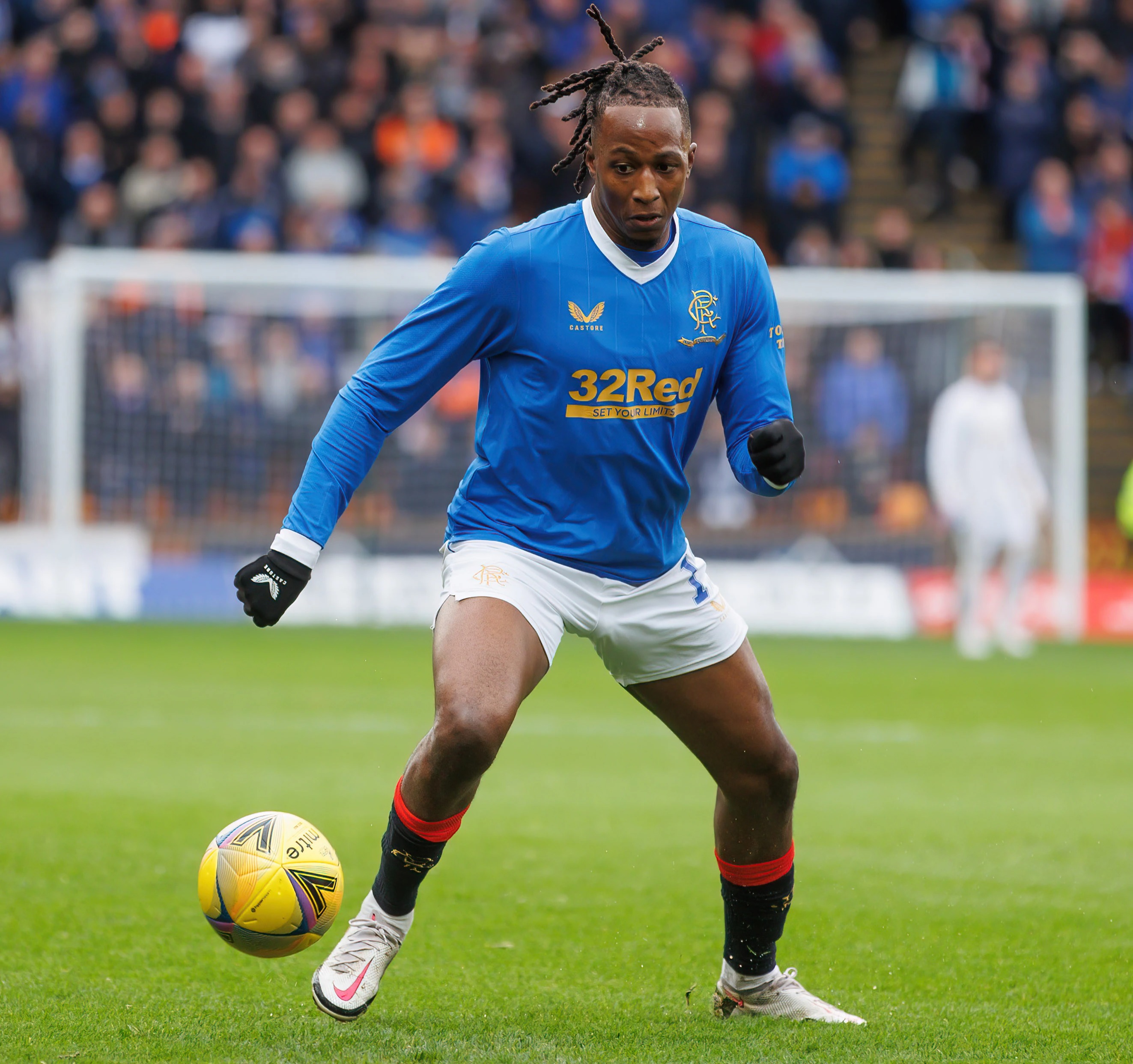 Aribo will enter the final year of his contract next summer and Gerrard could look to take advantageCredit: Willie Vass

Another Rangers player who will enter the final year of his contract this summer, so could be available for around £10m.

The Nigerian international who arrived on a free from Charlton has really flourished under Gerrard who – let’s face it – knows a thing or two about what it takes to be a great midfielder.

Aribo has emerged as an exciting talent who can break the lines and disrupt defences from the middle of the park with his excellent runs.

His close control is exceptional, he beats defenders for fun and he can play centrally or as a wide midfielder.

Remind you of anyone?

He would have been a much cheaper option to replace Grealish than record-buy Buendia.

Now he would provide good competition for the Argentine, who has yet to settle at Villa Park. 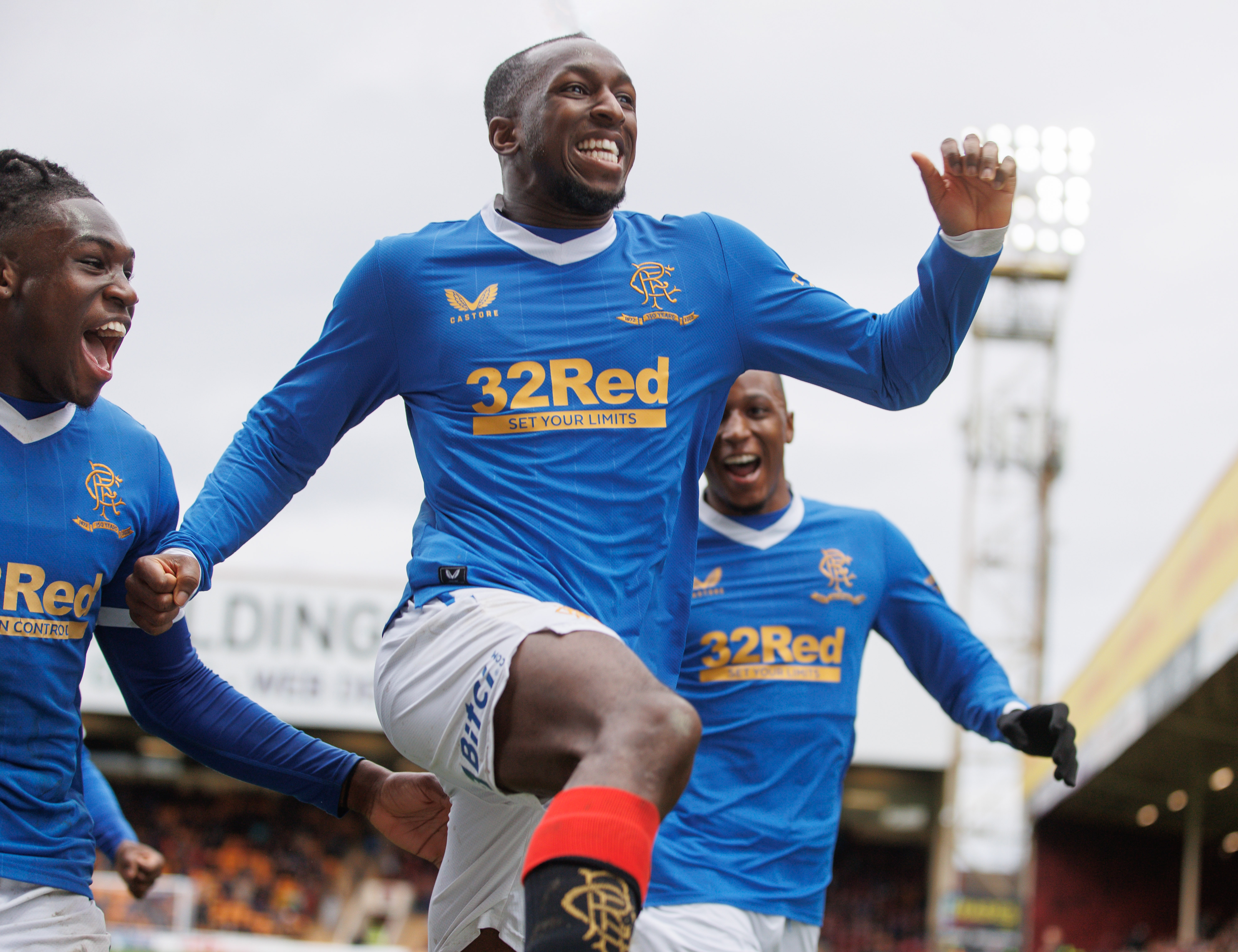 Glen Kamara has been superb for Rangers and Gerrard certainly wouldn’t say no to having him at VillaCredit: Willie Vass

Gerrard patted himself on the back when he convinced Finland international Glen Kamara to sign a new contract in September – now he might be kicking himself.

Villa will have to pay a dividend on the three-and-a-half years the 26-year-old midfielder has remaining on his deal.

But Kamara would still represent outstanding value in the inflated English market.

He would solve Villa’s midfield balance at a stroke, as he links defence to attack brilliantly, rarely giving the ball away.

The former Arsenal academy kid only made one appearance for the Gunners but Gerrard should have worn a mask when he snapped him up from Dundee for a bargain £50,000 in 2019.

Since then Kamara has been outstanding, making more than a century of appearances for the Scottish champs – and was outstanding for Finland at last summer’s Euros.

Villa could pick up Kamara for less than half the £38m club record fee they committed to Emiliano Buendia in the summer – and end up with a better fit for their needs.