CRISTIANO RONALDO has issued a battle cry to his Portugal team-mates ahead of their World Cup play-off clash this week.

Portugal made their route into the winter World Cup difficult after a shock 2-1 loss in the group stages to Serbia saw them finish in second spot.

Ronaldo has issued a rallying battle cry to his Portugal team-mates ahead of their World Cup play-off clash this weekCredit: AFP 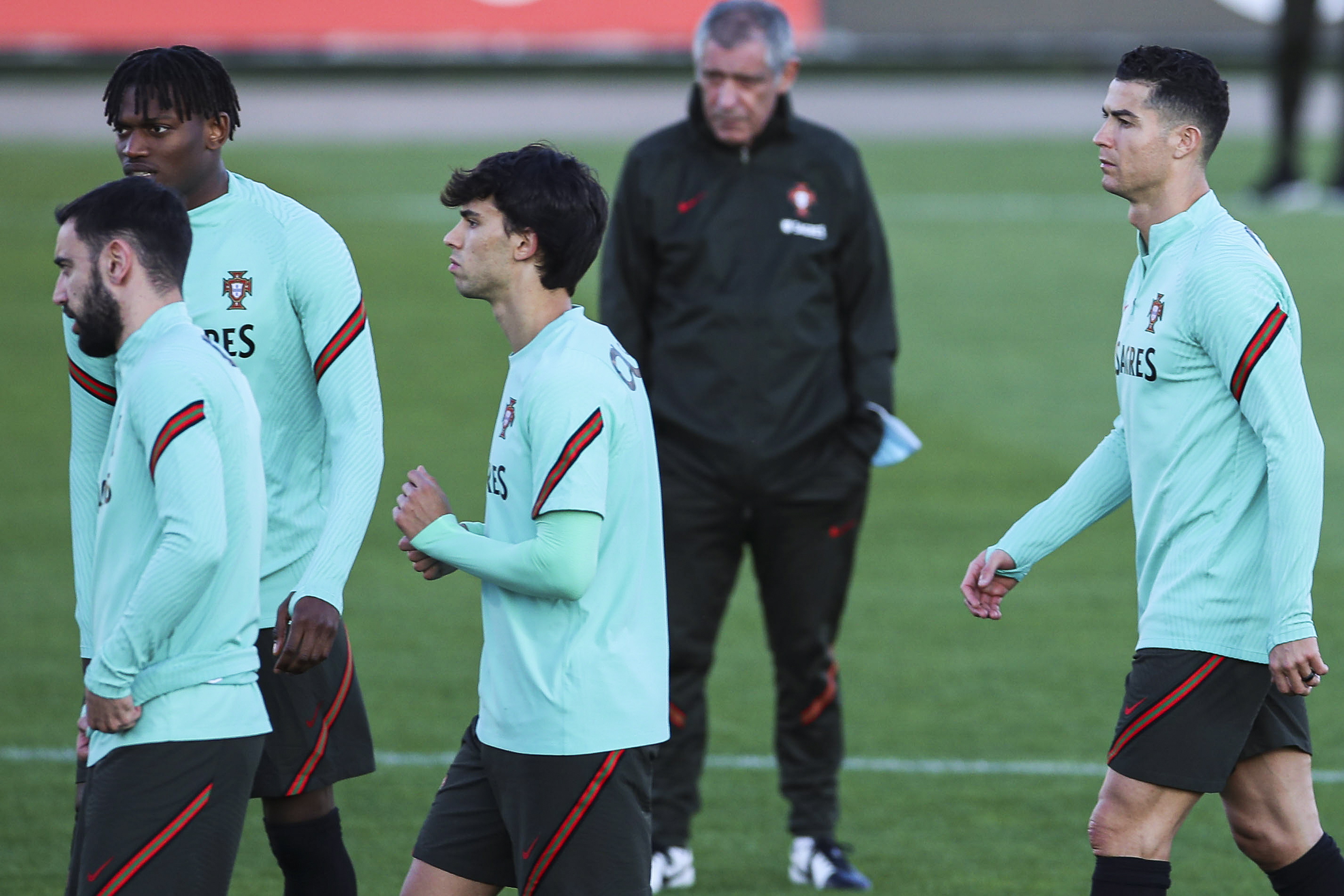 Portugal take on Turkey in the play-off clash and Ronaldo reckons its his homeland’s rightful position to be in the World CupCredit: EPA 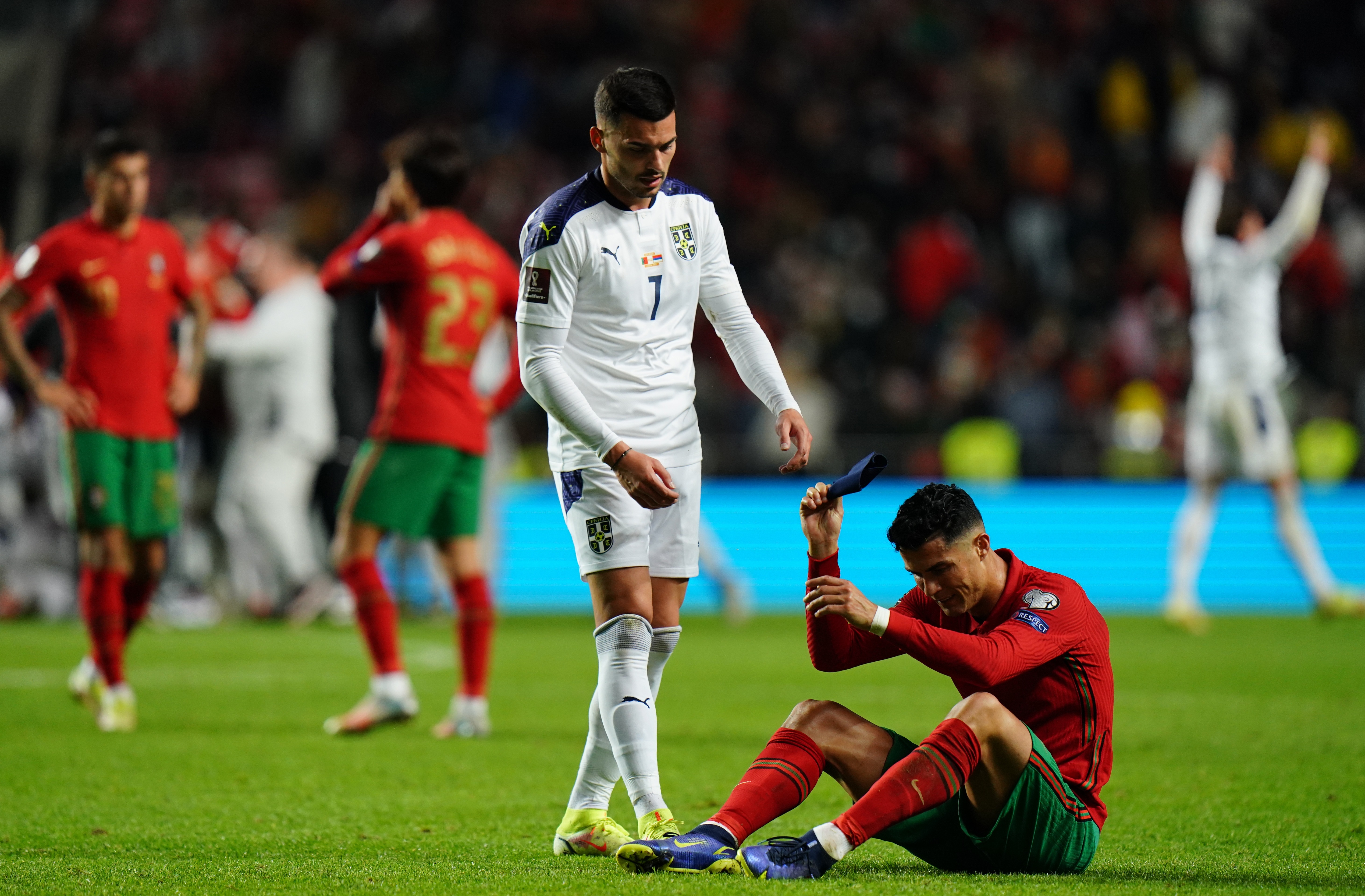 Ronaldo and Co ended up in the play-offs after losing to Serbia in the group stages which resulted in them finishing in second spotCredit: Getty

And now Ronaldo and his compatriots will first have to get past Turkey in the play-offs on Thursday to have any chance of competing in the Qatar World Cup later this year.

Then Fernando Santos’ side need to dispose of the winners of the other play-off clash between Italy and North Macedonia five days later to earn a spot amongst football’s elite on the world stage.

But Ronaldo’s laser-focused on helping Portugal secure their position in the World Cup which he feels is his homeland’s rightful place to be.

Speaking on Instagram, he said: “Total focus on the 2022 World Cup. ‘Proud, as always, to represent Portugal. 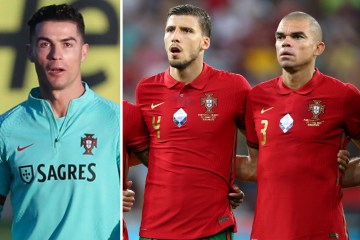 “We know that the path will not be easy, we have the utmost respect for the opponents we will face and who share the same goals as us.

“But together, we will fight to put Portugal in its rightful place. Let’s do it.”

If Portugal come unstuck in the play-offs, it will be the first time they’ve failed to get into the competition since 1998.

The 2016 European Champions will be counting on Ronaldo to put on the scoring boots that saw him score a hat-trick in Man United’s 3-2 win over Tottenham earlier this month.

And the 37-year-old will also be looking towards Liverpool rival and fellow countryman Diogo Jota to help him in the attacking department.

Jota overtook Ronaldo to become the top Portuguese goalscorer across Europe’s top five leagues this season after he scored Liverpool’s only goal in their 1-0 FA Cup win over Nottingham Forest on the weekend.

However, Portugal’s weak spots are likely to be in defence as centre-backs Pepe and Ruben Dias have both been ruled out of the Turkey game.

Manchester City star Ruben Dias suffered a hamstring injury earlier this month and could be out for up to six weeks.

Meanwhile, Porto’s Pepe made the squad last week but has now tested positive for Covid.

To make matters worse, Portugal only called up three centre-backs to their squad in the first place.