GORGEOUS Georgia Rodriguez is getting into the festive spirit – by jetting to the North Pole.

The Spanish beauty, 27, shared an Instagram story on board a private jet as she headed to Santa’s homeland with partner Cristiano Ronaldo‘s kids. 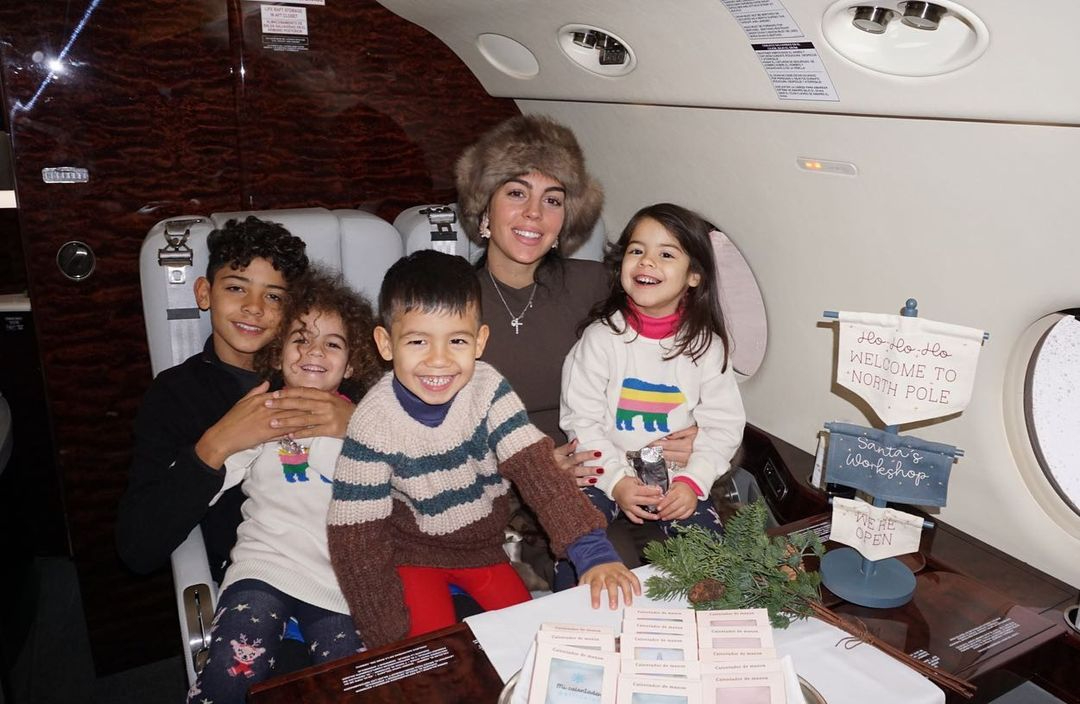 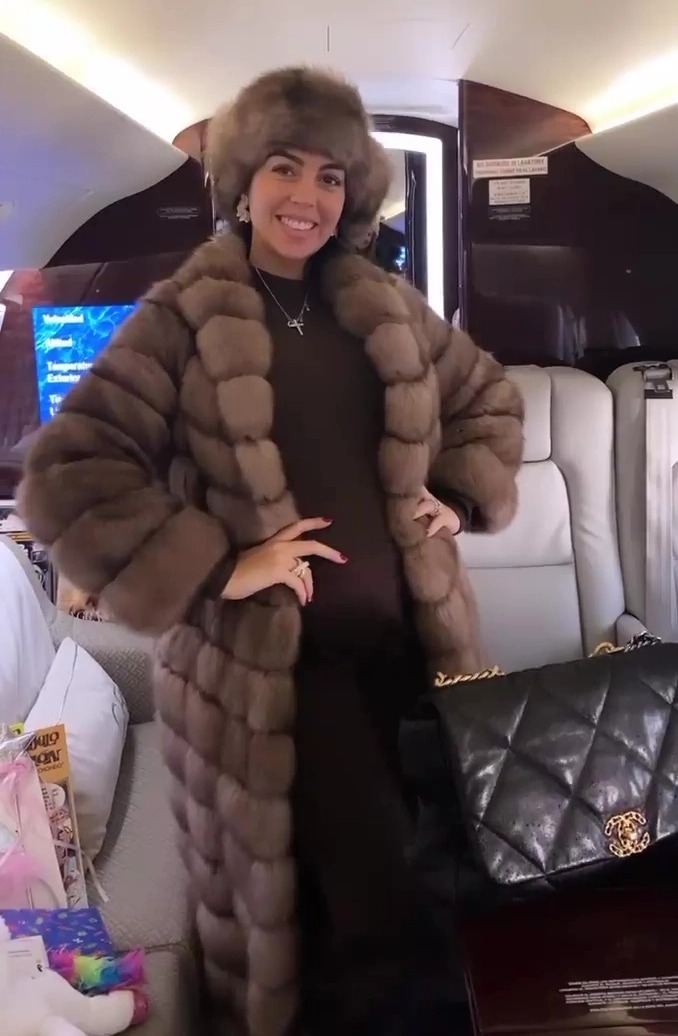 Better still, it appears she’s had an invitation to meet the main man himself at his workshop.

Georgina appeared excited and very warm as she posed for a video on the flight.

Dressed in what looks to be a fur coat and hat, accompanied with a Chanel handbag, she broke out in smile before the camera panned to a table and showed off a sign that featured scrolls.

It read: ‘Hello, welcome to North Pole.’ Underneath that was written, ‘Santa’s Workshop.’

Rodriguez, who is expecting twins, revealed her baby bump as she stood with her hands on her hips.

And she was accompanied on her expedition by the rest of Ronaldo’s brood, including Cristiano Jr, Alana Martina, Eva Maria and Mateo.

The Ronaldo family have already revealed they are well into the Christmas spirit.

Earlier this week, they shared a snap in their Manchester home of their impressive tree, as well as decorations on their bannisters.

But of course, Ronaldo won’t get to spend much time with his loved ones during the holidays as Manchester United are set for a busy schedule. 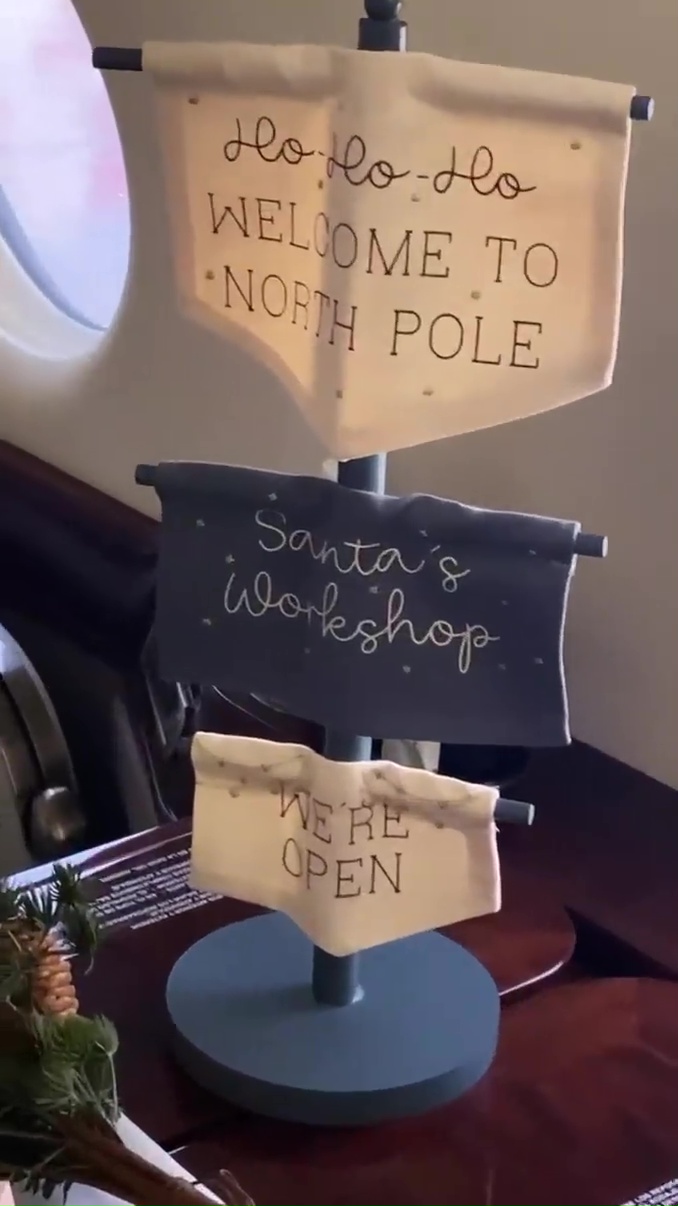 The Spanish beauty hinted she was heading to Santa’s workshop 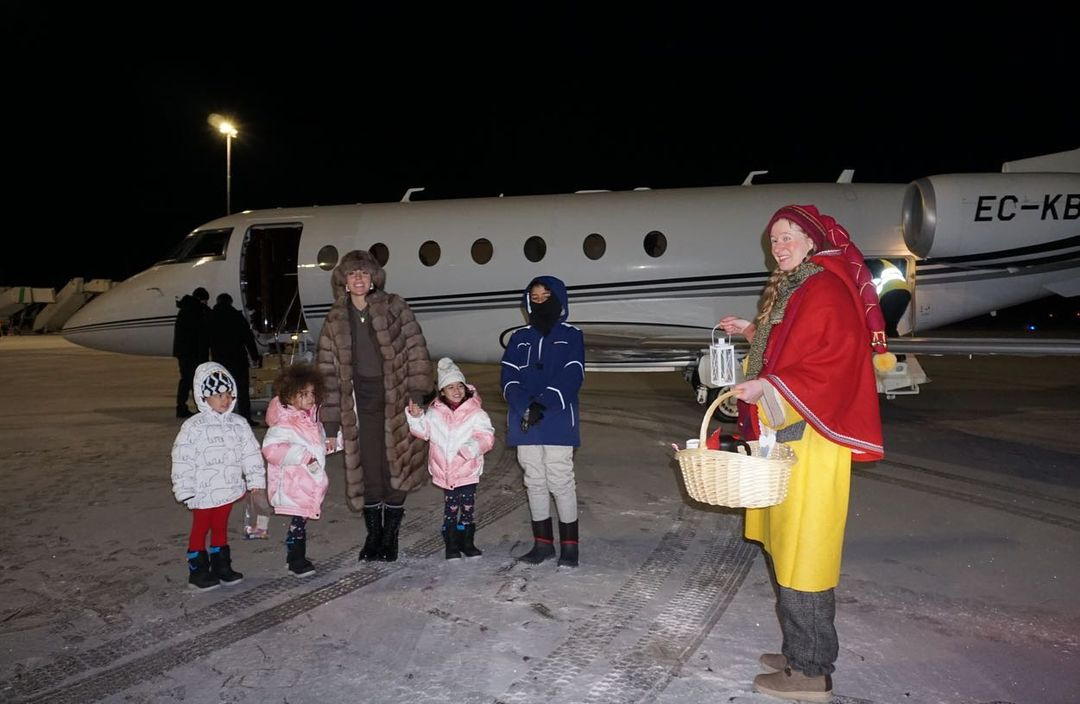