FOOTBALL fans revelled in the implosion of the European Super League on Tuesday night with hilarious reactions on social media.

Pressure from supporters, players, managers, broadcasters, governing bodies and the UK government worked almost immediately as Chelsea and Manchester City enacted proceedings to leave the competition just 48 hours after it was announced. 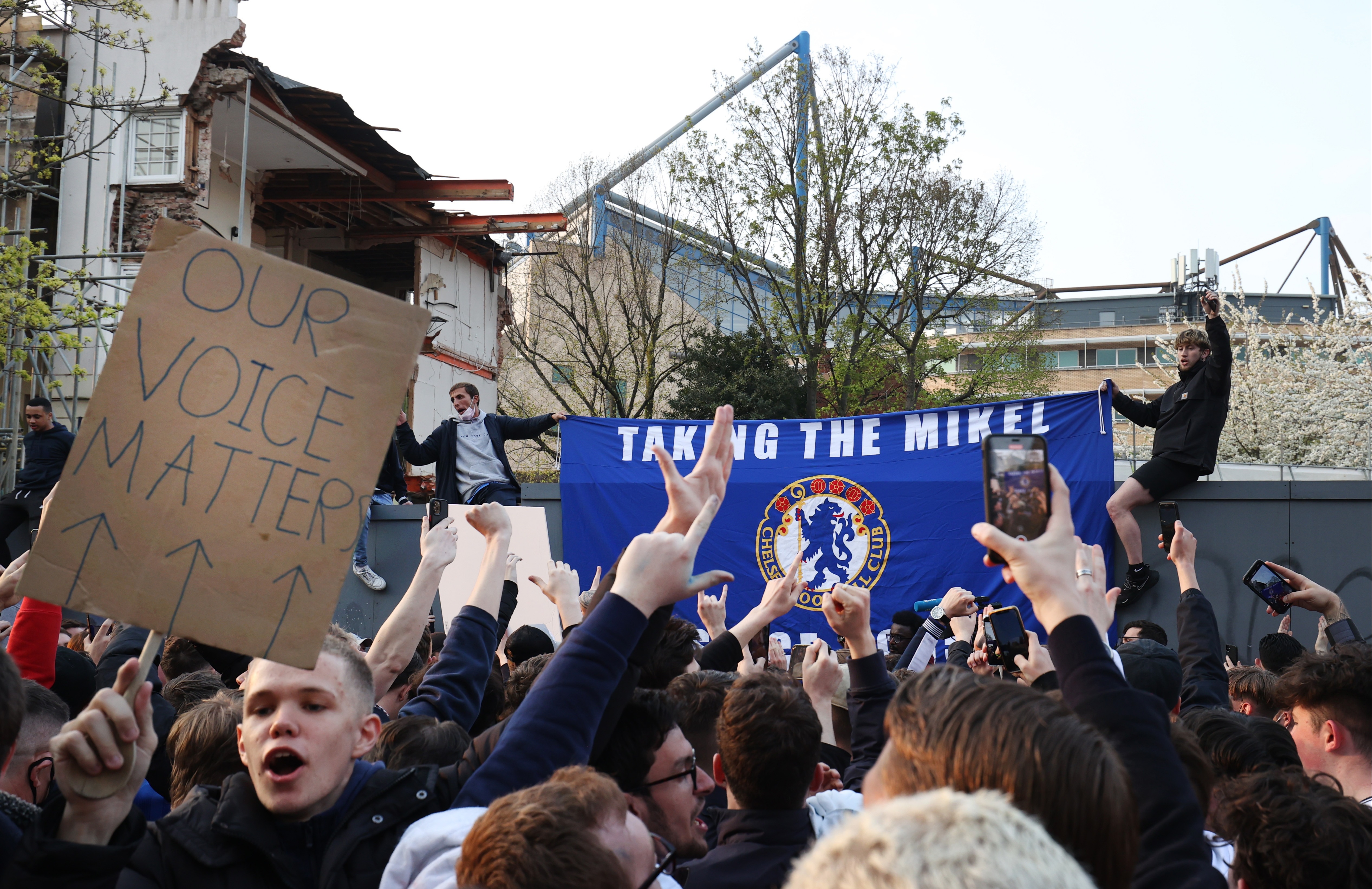 Chelsea protests were swiftly met with news that their club was leaving the Super LeagueCredit: Getty

Manchester United, Liverpool, Arsenal and Tottenham all followed suit at around 11pm as the breakaway plot was left in tatters.

And that led to widespread joy across Twitter, with many people instantly producing some wonderfully witty memes within minutes of the ESL collapse.

Referencing an image from the comedy show ‘Nathan For You’ where a man makes complex plans to solve straightforward issues, one fan drew comparisons between the series and the ESL mess.

They said: “The plan? Somehow get an invite to The Super League, wait for the other clubs to all withdraw, and then declare yourselves the inaugural champions.”

There were also several references to scenes from The Simpsons, often depicting something which comes and goes at speed, much like the idea of the ESL which looks to have lasted just two days.

And one person questioned whether the ESL ordeal had in fact been ‘an Apprentice task’.

Others picked up on the comments of Real Madrid present Florentino Perez, who earlier today suggested the Super League could better appeal to the 18-24 age range.

The plan? Somehow get an invite to The Super League, wait for the other clubs to all withdraw, and then declare yourselves the inaugural champions. pic.twitter.com/eUk3ORndkX

Was the European Super League an apprentice task?

Those clubs are dropping like flies from the Super League. Thank the fans and Prince William.

Protests were carried out against the Super League by Chelsea supporters before their clash with Brighton at Stamford Bridge on Tuesday evening.

Before the game even got underway, news came through that the Blues were set to leave the ESL, with Manchester City also exiting.

That, along with Chelsea‘s delay in arriving to the stadium due to the protesters blocking the entrance, led to a 15 minute delay to kick-off.

On Sunday there was a visceral reaction on social media to the announcement about plans for a European Super League.

But tonight seems to have put an end to that idea as football fans around the country celebrate the demise of the highly controversial plot.