The Portugal captain made headlines when he moved the Coke bottles away during a press conference.

Granit Xhaka necked a bottle of Coca-Cola before the penalty shootout on Monday nightCredit: ITV 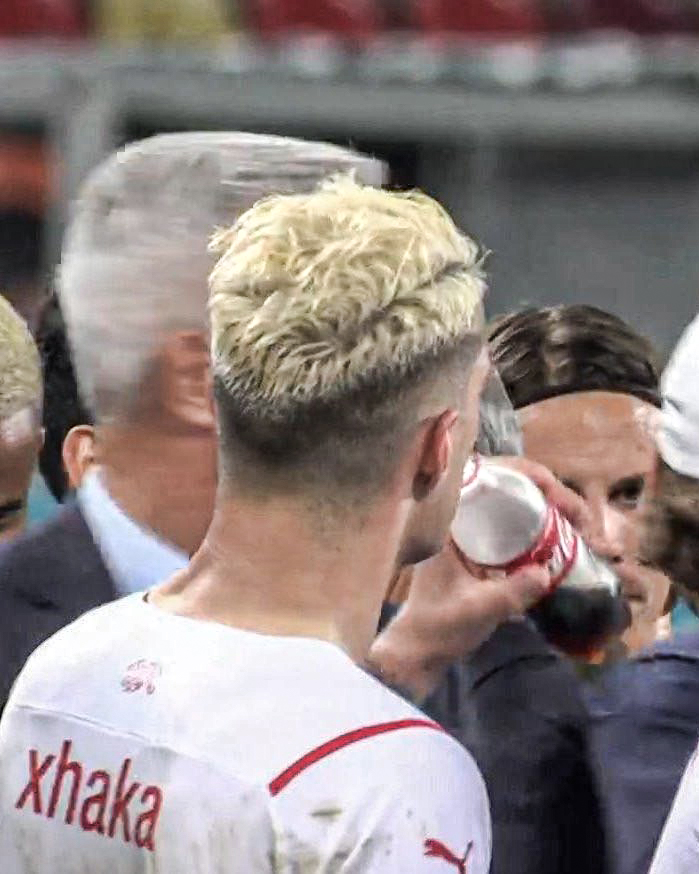 The Switzerland captain took gulps of the full-fat on the pitchCredit: ITV

Instead, the 36-year-old said: “Drink water,” with the stunt knocking a whopping £2.84billion off the company’s market value.

But Switzerland star Xhaka, 28, got the boost needed as he ‘drunk it like a Sunday league player’.

The skipper and man of the match – linked with a transfer from Arsenal to Roma this summer – was spotted downing a plastic bottle of the classic full-sugar version of the soft drink on the pitch in Bucharest.

And although he did not step up to take a spot-kick, the results worked out well for the blonde-haired midfielder as Switzerland won 5-4 on penalties.

After a dramatic 3-3 draw and nine converted efforts, Kylian Mbappe failed to beat Yann Sommer and the favourites crashed out – just 24 hours after Ronaldo and Portugal were also knocked out.

So Twitter users were quick to compare their respective fortunes with their attitude towards Coca-Cola.

One said: “Xhaka strolls off after 120 minutes and grabs a Coke. See Ronaldo. Really elite players love the stuff.”

Another wrote: “Only if Cristiano Ronaldo had drank Coke, he would still be in the Euros. Look at Xhaka gulping very chilled Coke.”

A third added: “You’re telling me Xhaka played 120 minutes, and then proceeded to crush a Coke while motivating his teammates to bury France in PKs?!? What a legend.”

A fourth replied: “Ronaldo drinks water, xhaka drinks coke, only one of them is in the quarters!”

And Paddy Power commented: “Great to see Xhaka horsing the bottle of Coke into him like a hungover Sunday League player.”

Ronaldo’s move led to other players joining in getting rid of the Coke at press conferences.

Italy hero Manuel Locatelli followed in Ronaldo’s footsteps on and off the pitch – with two goals and then getting rid of the Coke with water put in its place. 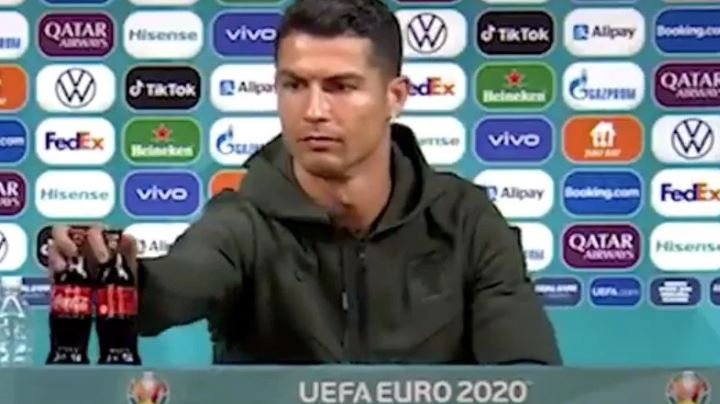 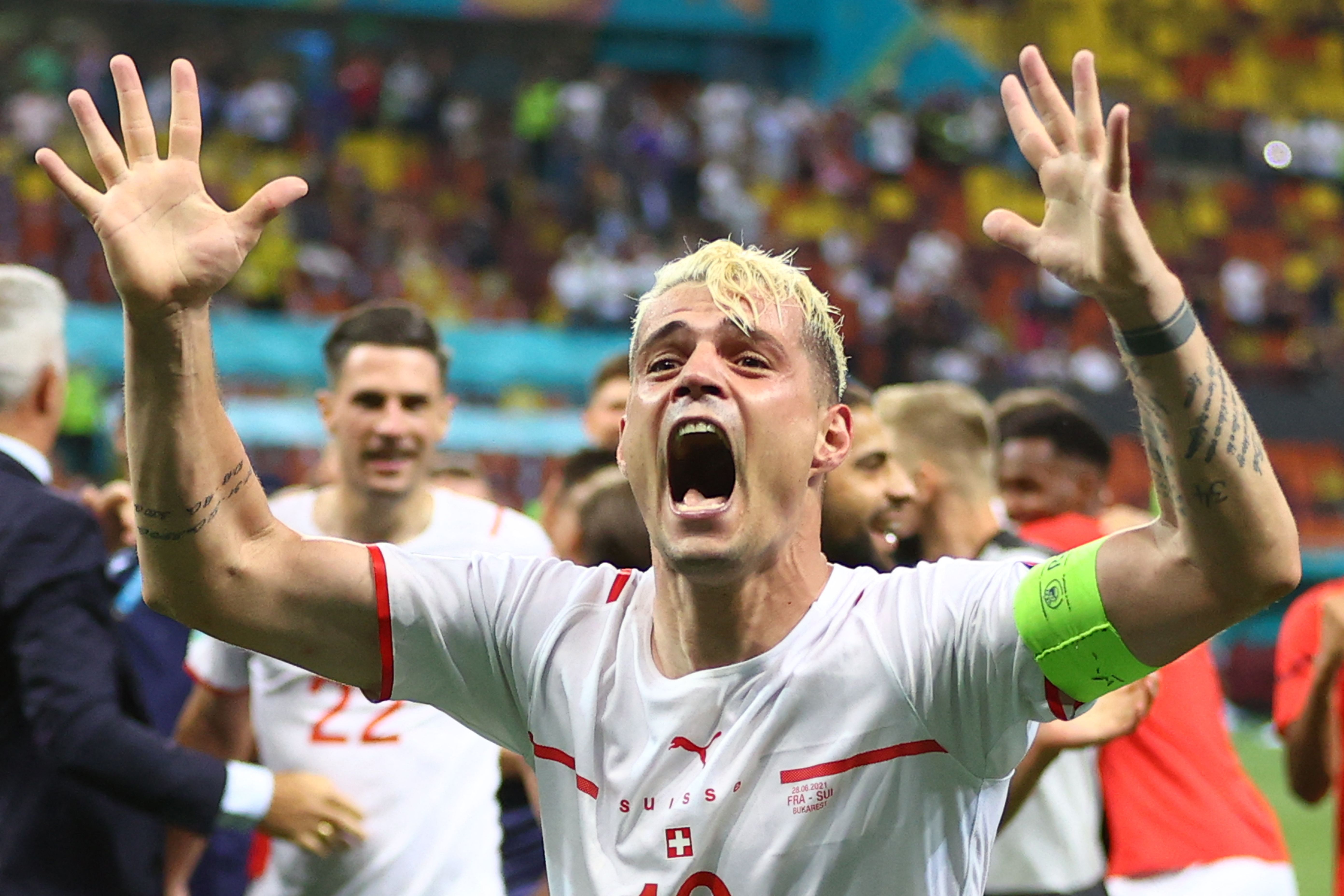 Xhaka was named man of the match as he guided his team into the quarter-finalsCredit: AFP

Paul Pogba, a devout Muslim, also removed a bottle of Heineken 0.0 – the non-alcoholic version of their beer.

But Roberto Martinez, whose Belgium side are directly sponsored by Coca-Cola and are into the quarters, insisted his team ‘love’ the soft drink after their win over Denmark.

Scottish hero John McGinn turned the saga into a bit of a joke when he came in to do pre-match press and cheekily asked why there was ‘no Coke?’

Clearly not one to blindly follow trends, Russia coach Stanislav Cherchesov merrily drank the Coca-Cola supplied for his media duties.

Uefa, aware of the negative impact the stunts have on big-money backers,  then stepped in to tell players to stop moving sponsors’ drinks or risk getting their team fined.

You’re telling me Xhaka played 120 minutes, and then proceeded to crush a Coke while motivating his teammates to bury France in PK’s?!? 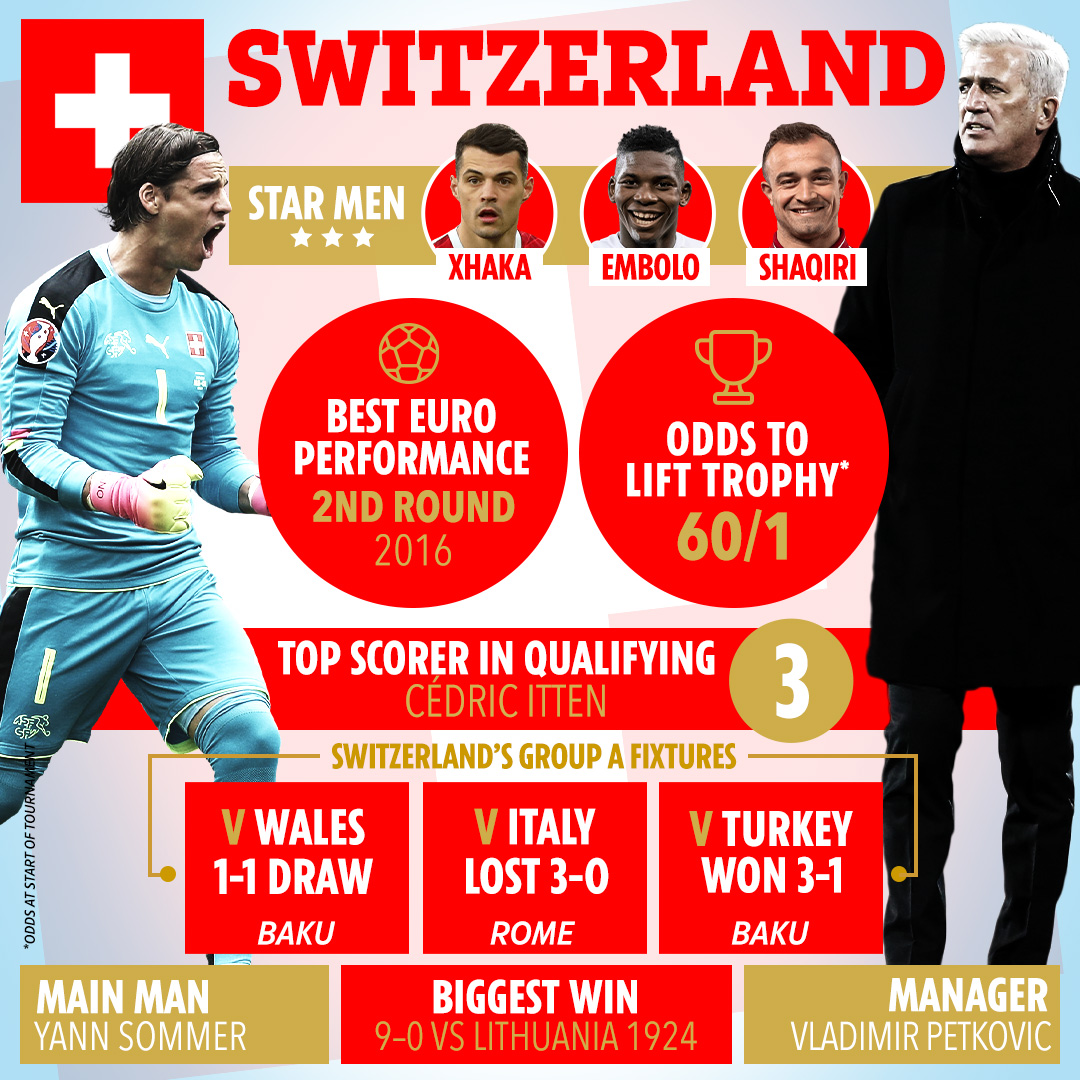