But his wild goal celebration left Twitter users needing to get something off their chest. 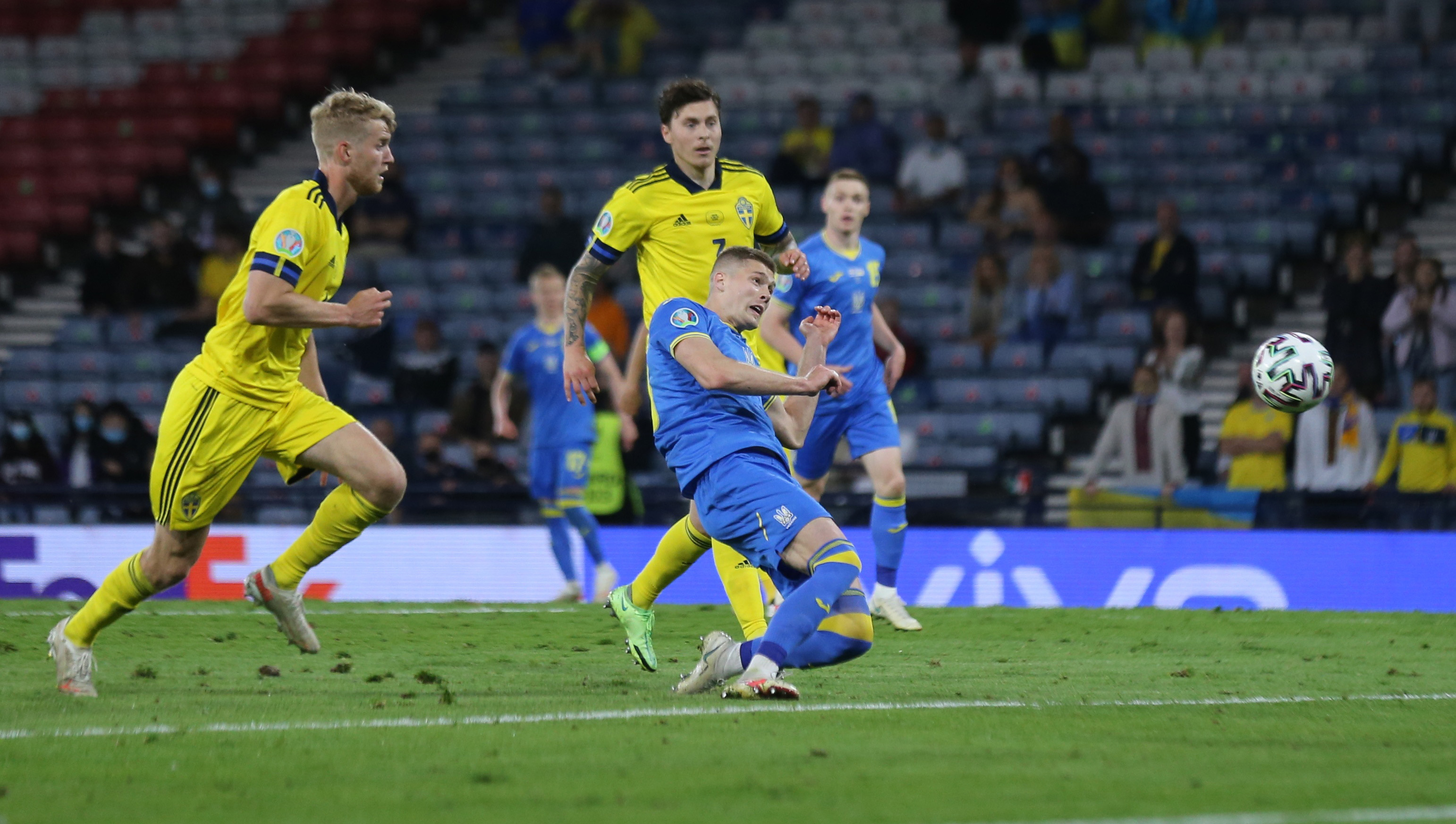 Dovbyk headed Ukraine into a quarter-final clash with England on Saturday night with his extra-time winner.

And his celebration caught the eye of football fans across the globe.

The 24-year-old striker whipped off his shirt and sprinted over to the crowd – revealing a sporty crop-top vest.

The vest donned the logo of STATSports, a GPS monitoring and analysis company.

The devices are popular in the world of elite sport and allow coaches and analysts to track performance.

It measures distance covered, speed, acceleration, deceleration and heart rate and provides coaches with valuable information on each individual.

The data that is collected can be then streamed to a phone, tablet or smartwatch for further analysis and studied by team officials.

The technology isn’t just used to push players to their limits, it also ensures players aren’t at risk of injury without burning them out.

The highly-sophisticated device costs around £200 and is worn by Premier League players with Arsenal and Liverpool among the clubs wearing them.

Artem Dovbyk has just immortalised himself by scoring the biggest goal in Ukrainian history, and immediately whipping his shirt off to reveal a sports bra. Just brilliant

Anyone know why Artem Dovbyk was wearing a sports bra? @Ukraine

But the vests has caused a bit of confusion – and amusement – among fans on Tuesday night.

One commented: “Artem Dovbyk has just immortalised himself by scoring the biggest goal in Ukrainian history, and immediately whipping his shirt off to reveal a sports bra. Just brilliant.”

And another social media post said: “Man of the match = Artem Dovbyk’s bra!”

Meanwhile, one fan asked: “Anyone know why Artem Dovbyk was wearing a sports bra?”

Dovbyk’s winner last night timed at 120 minutes and 37 seconds is the second latest goal in Euros history – after Semih Senturk for Turkey in 2008 (121min 1sec).

And it set-up a showdown with England in Rome on Saturday night in the quarter-finals.