FERRARI star Charles Leclerc had his watch stolen by a fan in Italy on Easter Monday.

The Frenchman, 24, is leading the F1 World Championship this season and his stardom in Italy is growing.

So when fans noticed him in the Tuscan city of Viareggio, they began gathering to take photos with Leclerc.

But the F1 driver eventually became mobbed while signing autographs for fans and a thief managed to grab his £246,000 Richard Mille watch, according to reports.

Leclerc did not realise his watch had been stolen until later but the incident has now been reported to police.

The authorities have begun their investigations and are trying to ascertain whether the robbery was opportunistic or premedidated. 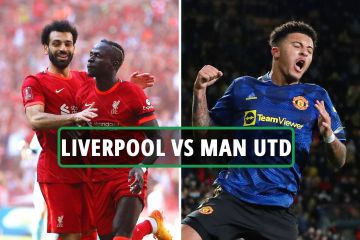 Leclerc’s trainer Andrea Ferrari, who is from Viareggio, was with the Ferrari star at the time of the incident and he fumed at the lack of street lighting in Via Salvatori – the area of the city where the robbery happened.

Ferrari said on Instagram: “Via Salvatori has been completely in the dark for months. We have been reporting this for months.

“Well, yesterday evening in Via Salvatori, they have robbed us. Think of arranging the lamps sooner or later? Asking for a friend.”

The Ferrari team have had a fantastic start to the season and will hope this incident does not distract Leclerc from the Emilia Romagna Grand Prix this weekend.

Imola is one of Ferrari’s home races and there will be an expectant crowd after Leclerc picked up two wins in the first three races.

Speaking ahead of the race Leclerc said: “There are a lot of things that will be quite crazy at Imola for us.

“Obviously, other than that, it will also be a race weekend where we’ll have a Sprint Race. Whether it’s the right track to do it or not, I don’t know. I think we’ll have the answer after the weekend.

“I’m pretty sure there’s a lot of excitement but we also need to make sure, as a team, that we don’t try and overdo things, because there will be a lot of expectations as always. We need to stay calm.”