The F1 nut was standing at the altar, about to tie the knot. 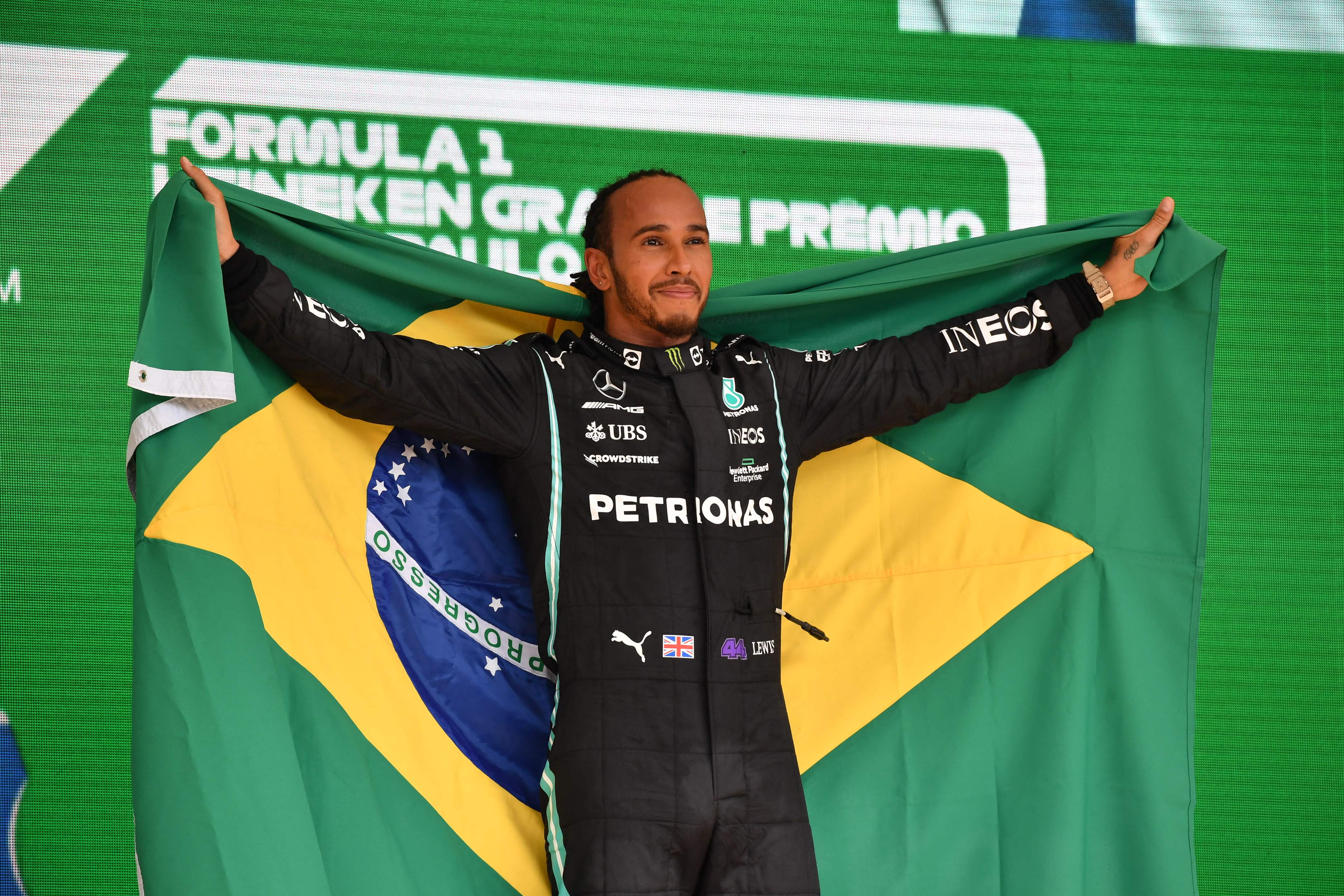 Hamilton stormed to a stunning victory after starting at 10 on the gridCredit: AFP

But rather than welling up when seeing his bride-to-be all dressed up on her big day, it was news from Sao Paolo that got him blubbering.

The man lost all composure when the wedding host announced the news of Hamilton’s unlikely victory – after the Brit surged from 10th on the grid to win, and keep his F1 title hopes alive.

Luckily for him, his wife also seemed to be a Hamilton fan and she rejoiced too – minus the waterworks.

The seven-time world champion caught wind of the couple’s wedding day theatrics and posted a clip of the ceremony footage to his Instagram story.

Hamilton, clearly overwhelmed by the heart-warming gesture gushed: “This has just made my week!

“These two beautiful people got married on Sunday and were told of my result whilst they were getting married.

“Congratulations to you both, wishing you all the happiness in the world.

“Sending you all my love and energy.”

The Brit was forced to come from behind after starting Saturday’s qualifying sprint race from the pits as punishment for a breach of DRS technical regulations.

He then also had a five-place grid penalty to contend with on race day.

But he was unfazed by the penalty and stormed Verstappen to victory, slashing the Dutchman’s F1 championship lead down to just 14 points in the process.

If Hamilton wins the next three races then the world title will be his once again.

And one fan’s wedding day may not even be the best of his year, let alone his life.