LEWIS HAMILTON has been told the rules are clear enough after the F1 superstar grumbled about Max Verstappen’s overtake in Brazil.

The Mercedes driver was miffed when officials refused to take action after his championship rival appeared to force him off the track at Interlagos. 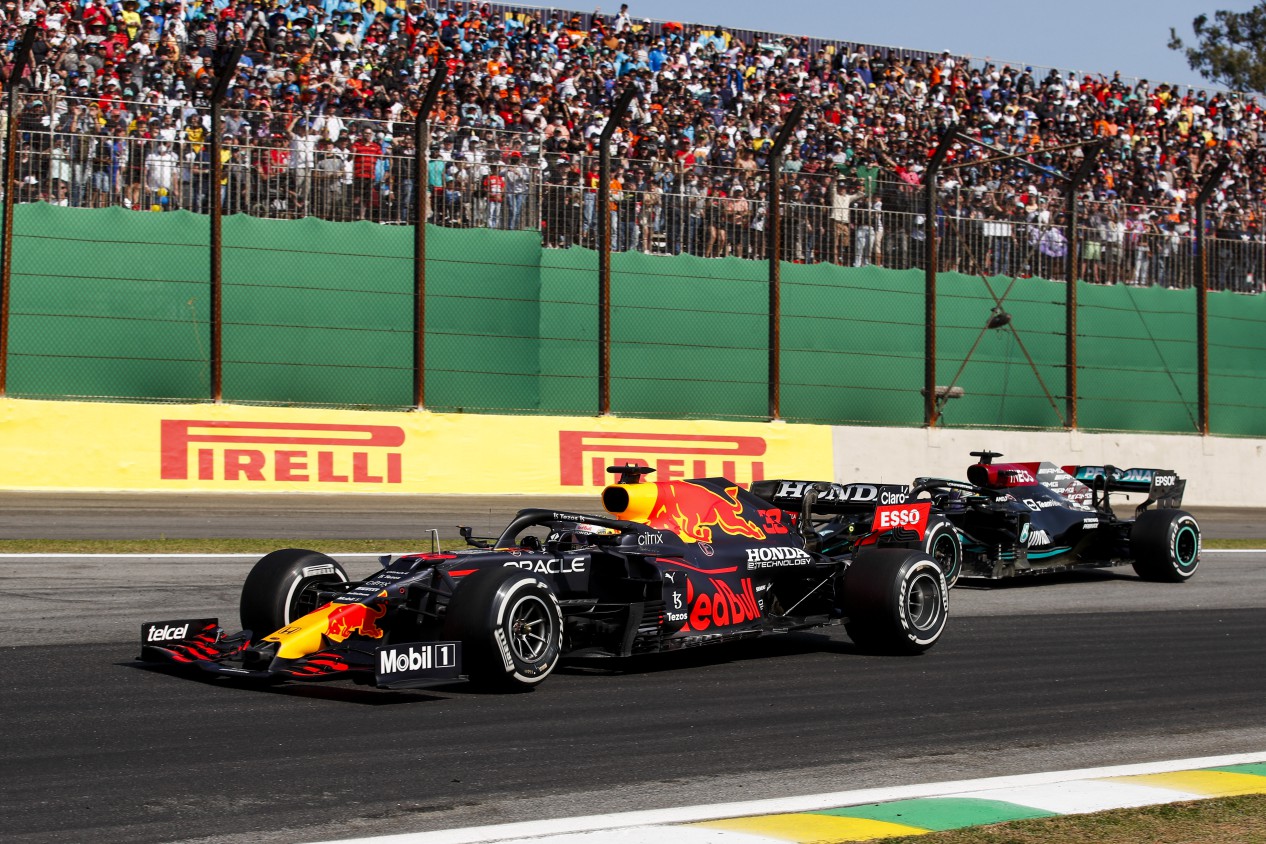 Anger then grew at Merc after they were refused a right to appeal against the decision not to punish the Red Bull man.

Now F1 race director Michael Masi has told the feuding teams to stop whining and play by the rules.

He said: “I think it’s been made clear to them what is expected.

“I think some of them agree, some of them disagree. That’s always with each and every one of them, they have agreed and disagreed all the way through.

“We’ve given them some overall guidance, but also been very clear on the fact that each and every case will be judged on its merits.”

There was surprise among F1 circles as Verstappen appeared to get away with it on lap 48 of the Brazilian Grand Prix.

The championship leader held a wide line going into the corner at turn four, which pushed Hamilton off the track.

Merc boss Toto Wolff accused the stewards of going soft on such incidents and warned it could lead to dangerous racing in future.

But Masi hit back at critics and insisted his team of officials needed no schooling in terms of what is acceptable racing.

“There is a panel of independent stewards, contrary to what many people think, I’m not the one sitting there as judge and jury.”