PORTO’S match with Sporting Lisbon descended into chaos as a 40-man brawl broke out involving players, coaches and even ballboys.

At the end of the 2-2 draw there was a big moment of controversy and, perhaps unsurprisingly, Porto’s Pepe was at the heart of it.

Pepe received one of three red cards shown after the final whistle, as carnage broke out between both sets of players and staff.

The Dragons extend their unbeaten run to 50 matches! 🔵👏 pic.twitter.com/i0F2Dmf1Dh

Pepe caused the brawl after going down clutching his head under a challenge from Joao PaulhinhaCredit: AFP 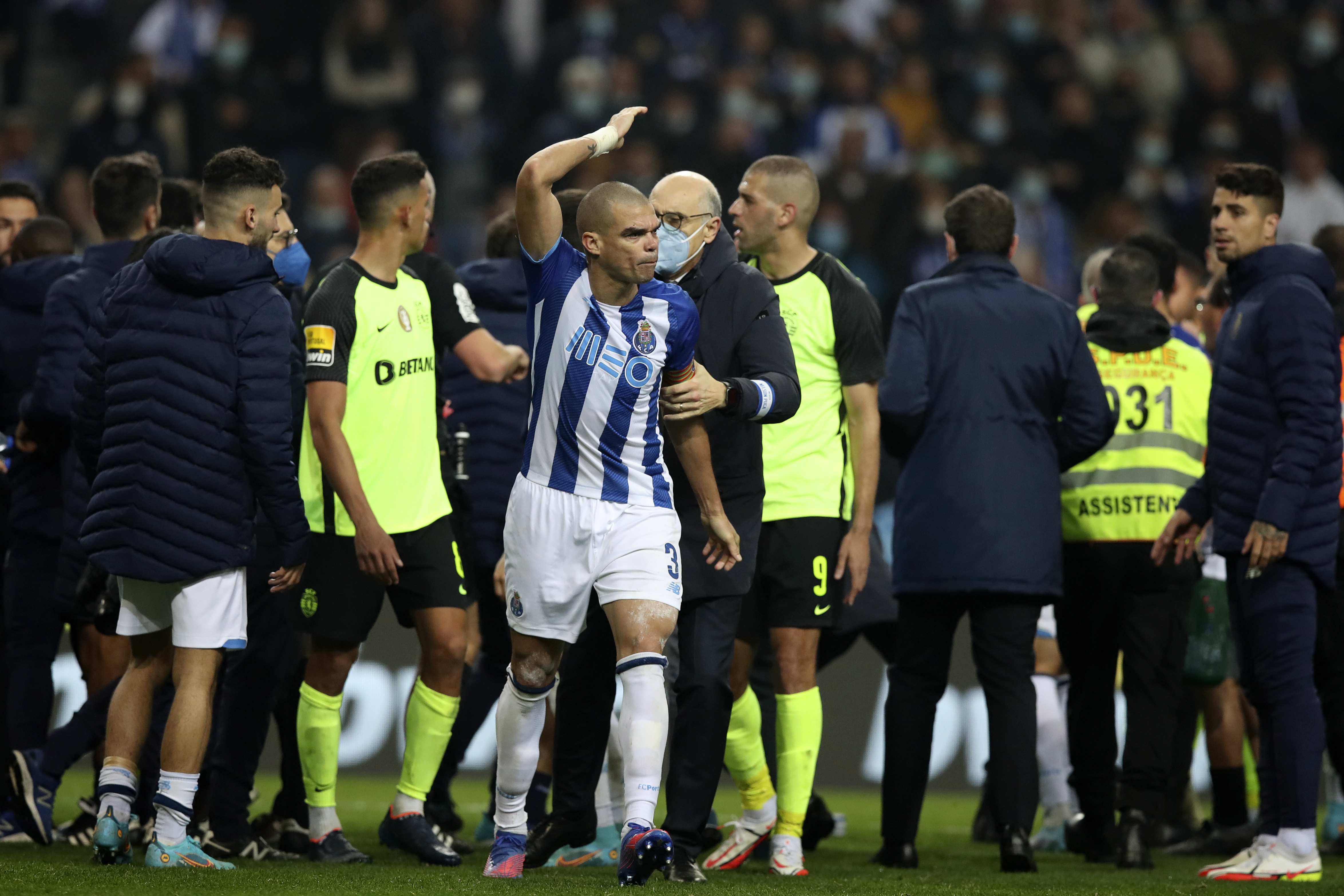 Pepe reacts angrily after receiving a red card from the refereeCredit: EPA 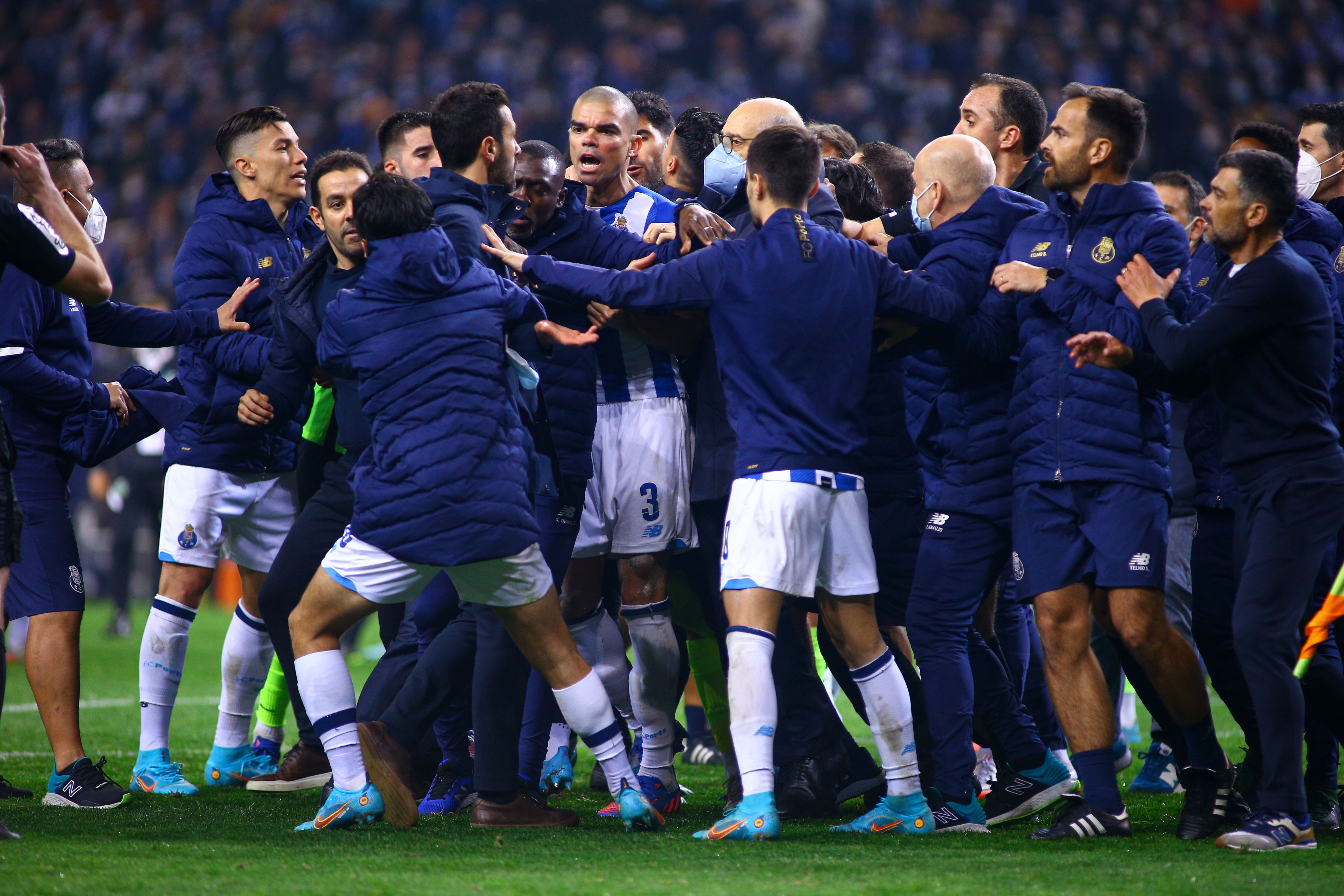 The defender was at the heart of the brawl before his redCredit: Getty

The centre-back has been no stranger to an outburst on the pitch throughout his career and he sparked the brawl by complaining he had been caught by a high foot from Joao Palhinha.

He immediately began rolling around on the floor and when the final whistle went seconds later, all hell broke lose.

Furious players from both sides began arguing with the match officials and could only be split up by their coaching staff – but even they struggled.

Stewards got involved with ballboys goading the players on from the sidelines.

At one point a group of around 24 players and coaches came together behind the goal and Paulhinha appeared to grab the face of Porto substitute goalkeeper Agustín Marchesín, causing him to fall to ground.

After former Liverpool player Sebastien Coates was sent off during the match Paulhinha was the first to be dismissed after the final whistle.

Pepe also saw red for his role in the affair with the referee not appreciating his remonstrations – the Portuguese single-handedly caused a second brawl by starting a fight with a Sporting coach.

Seconds later Sporting’s Bruno Tabata received a red card after coming head-to-head with Porto’s Otavio, who avoided punishment thanks to his own staff holding him back.

Marchesín also received a red card – likely for his role in the brawl that led to his clash with Paulhinha.

It was a sour end to an entertaining match which saw Sporting take a 2-0 lead before Coates’ sending off allowed Porto to draw level.

And the fightback means Porto retain their six-point lead at the top of the Primeira Liga and are now unbeaten in 50 league games. 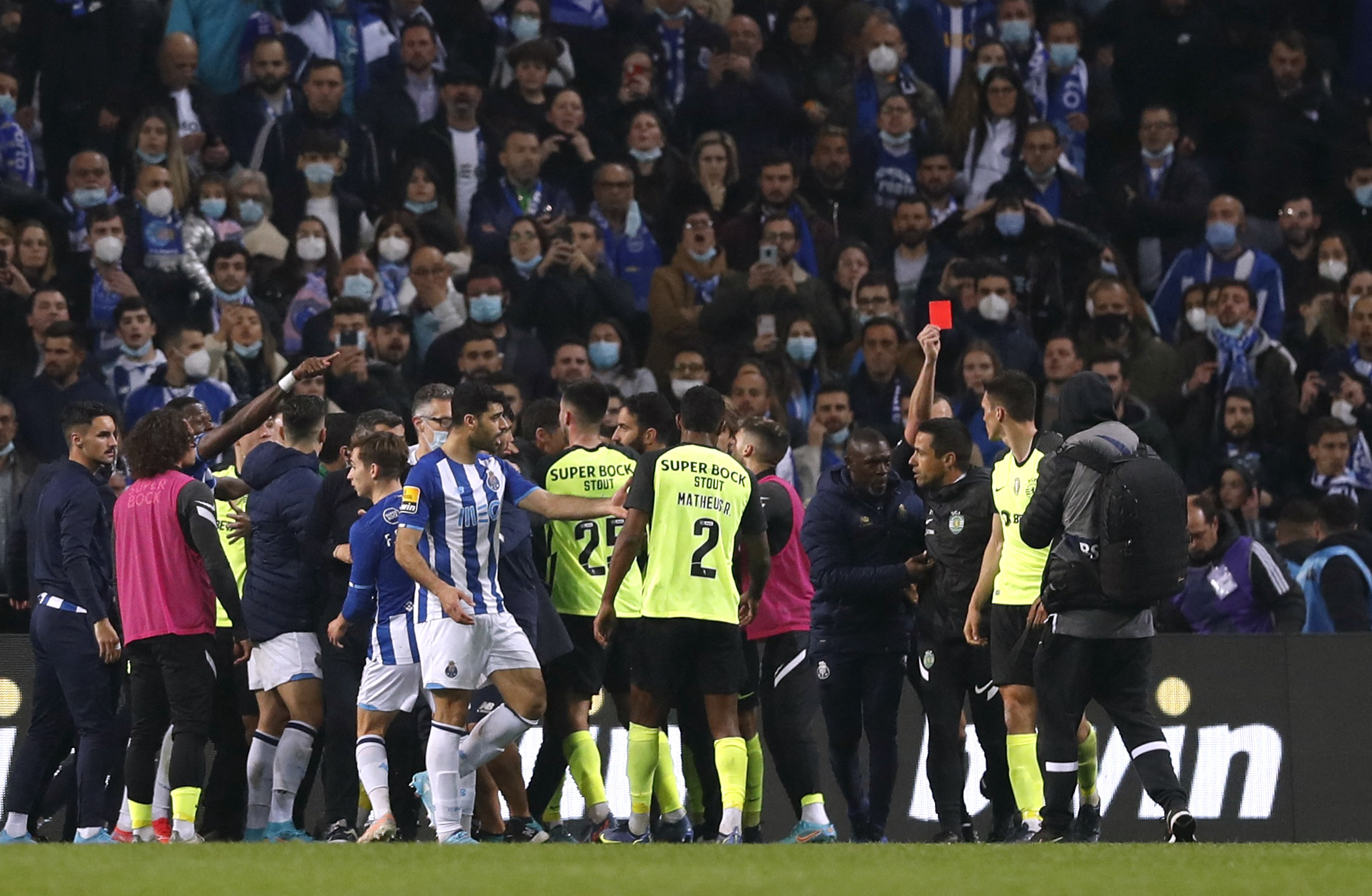 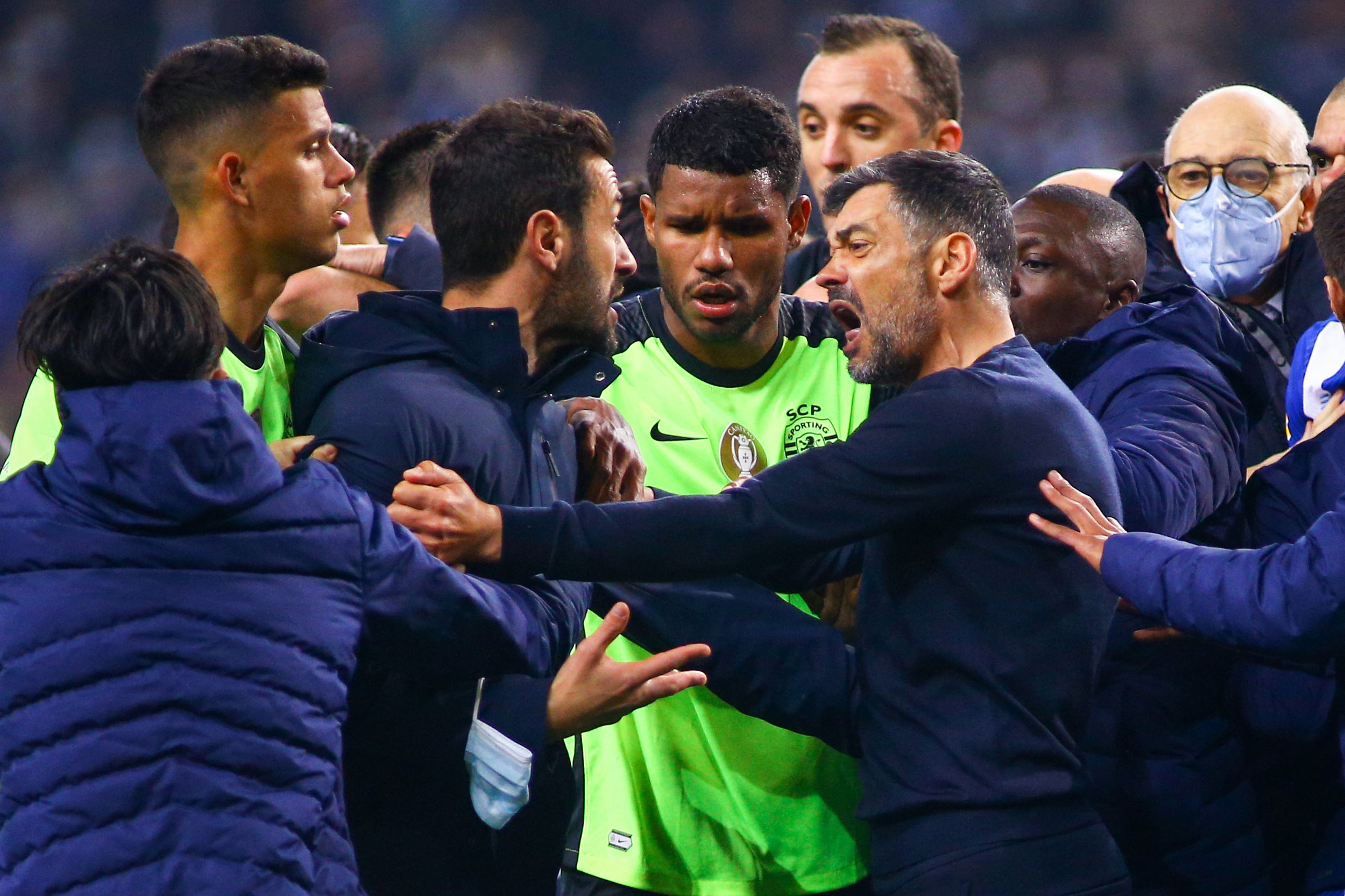 Bruno Tabata (centre) also picked up a red card for his role in the brawlCredit: Getty 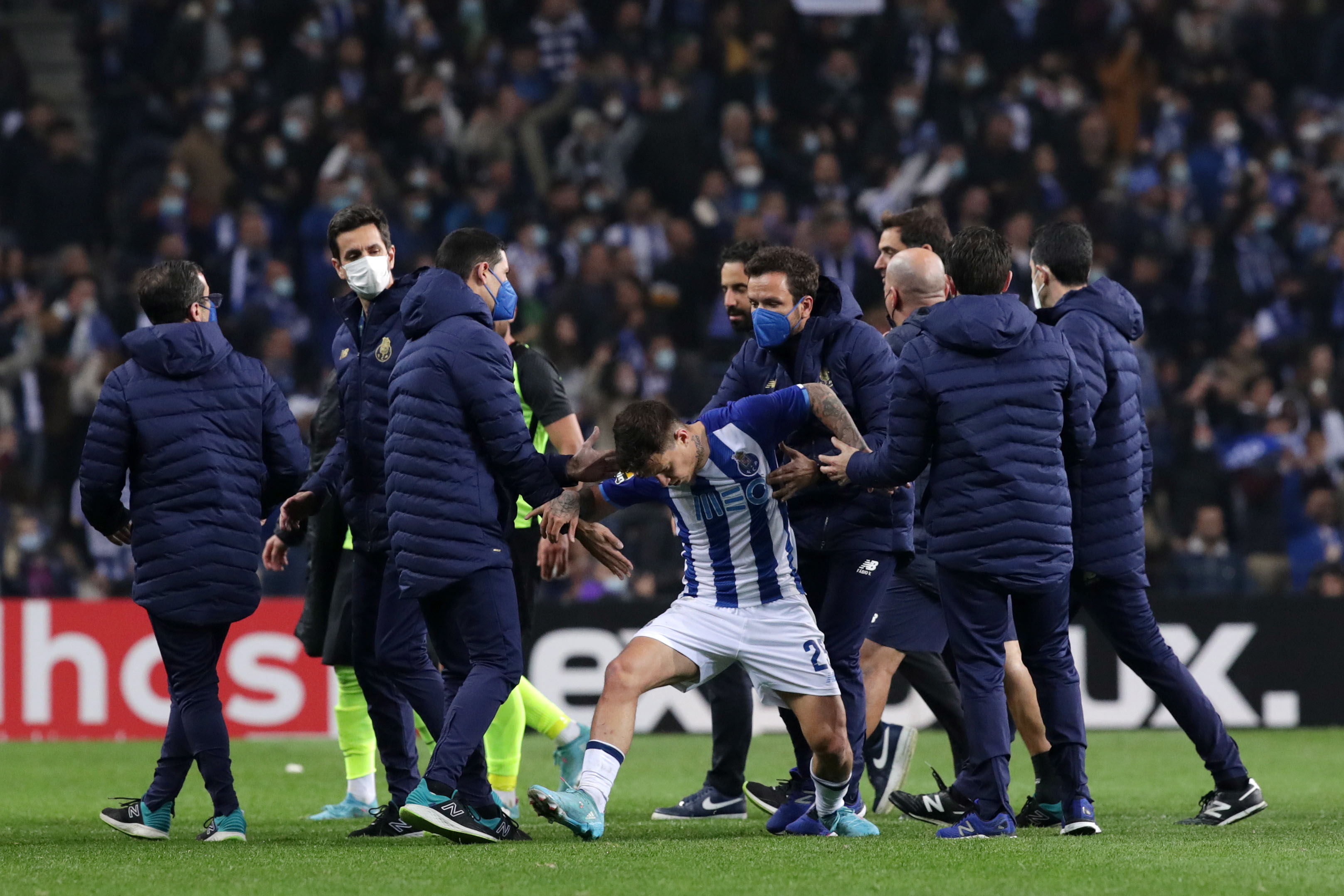 Otavio was stopped from going after Tabata after an off-camera incidentCredit: EPA 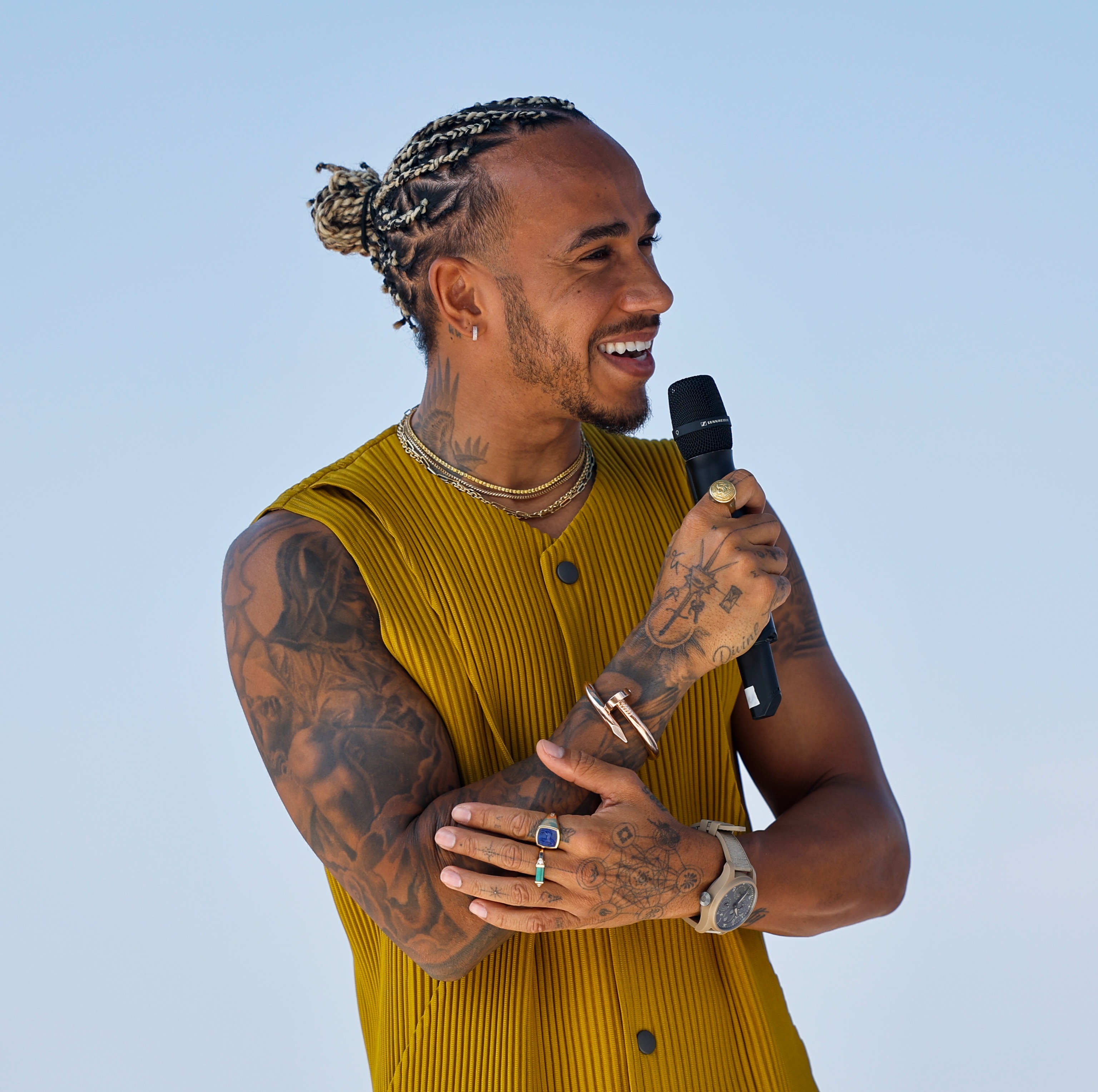