FOR A PLAYER who lifted the European Cup it might come as a surprise as to what the most incredible moment of his career was.

The FA Cup may be way down the priority list of big clubs now, but not so back in 1999 as Manchester United set out on a bid to claim the treble. 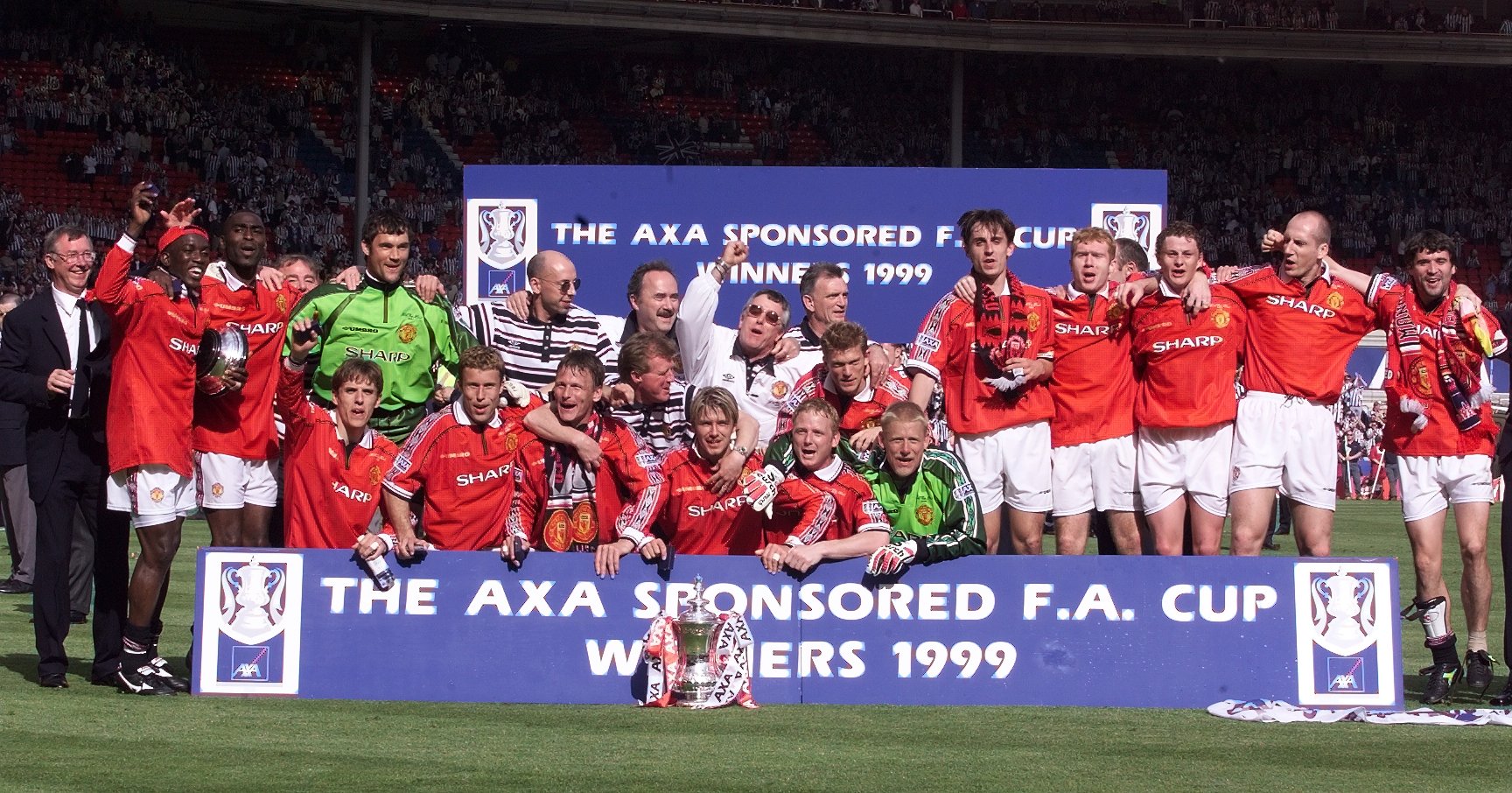 Click on to YouTube to remind yourself of the emotion as the Red Devils came from behind with two minutes left of their fourth round encounter to beat Liverpool 2-1.

Dwight Yorke got the equaliser in the 88th minute and current United boss Ole Solskjaer the winner in Fergie time.

For Yorke it remains a moment that just talking about, raises the hairs on the neck.

Yorke said: “I have never experienced anything like it. The pure excitement and adrenalin on that day.

“The noise in the ground, the atmosphere in the dressing room afterwards was incredible.

“We were 1-0 down and just could not get the ball in the net. Then myself and Andy Cole combined and Ole got the winner.

“You just need to look at the celebrations to know what it meant. Listen to the fans, it was deafening.

“That showed you what Manchester United against Liverpool is all about.” 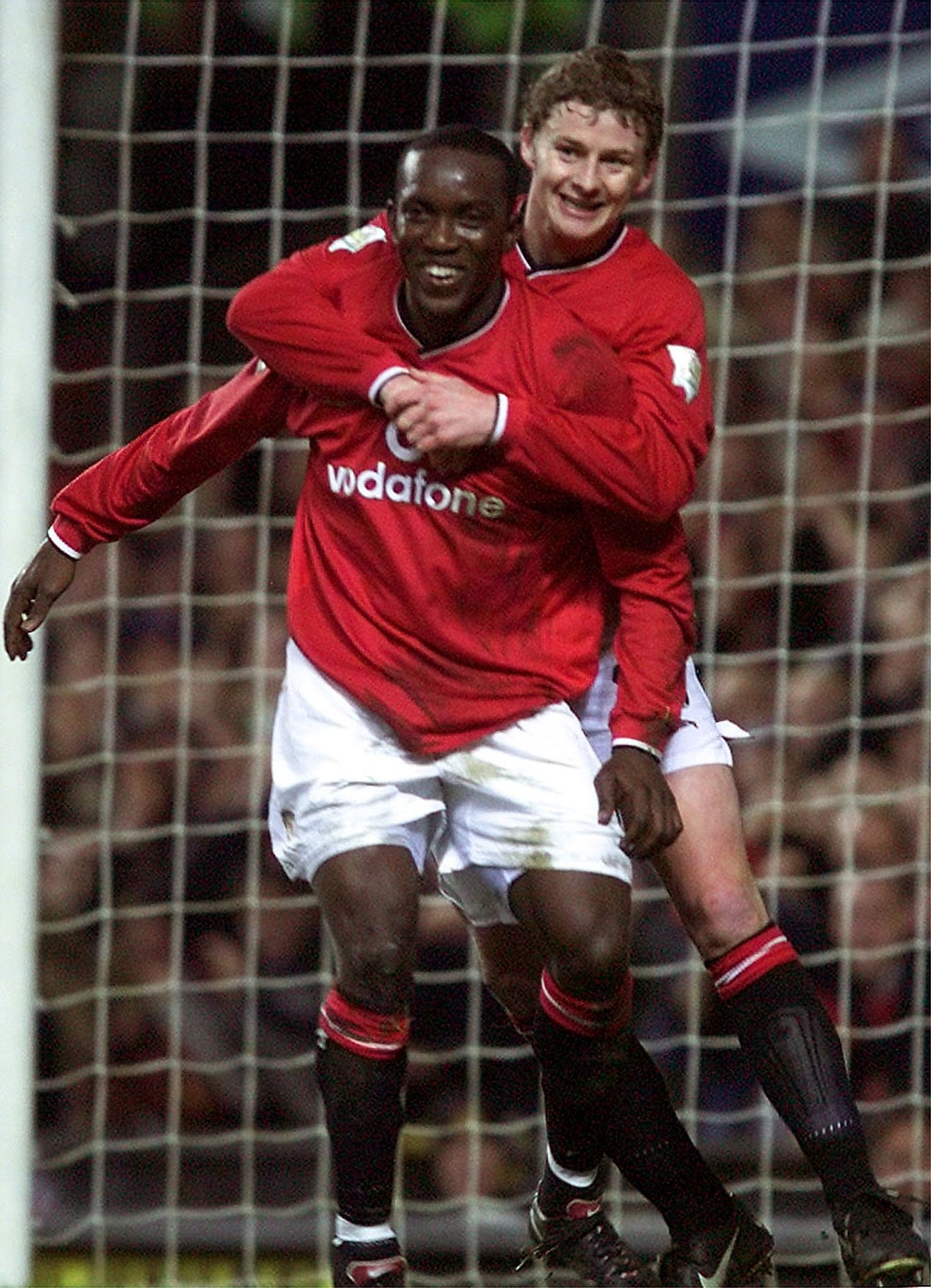 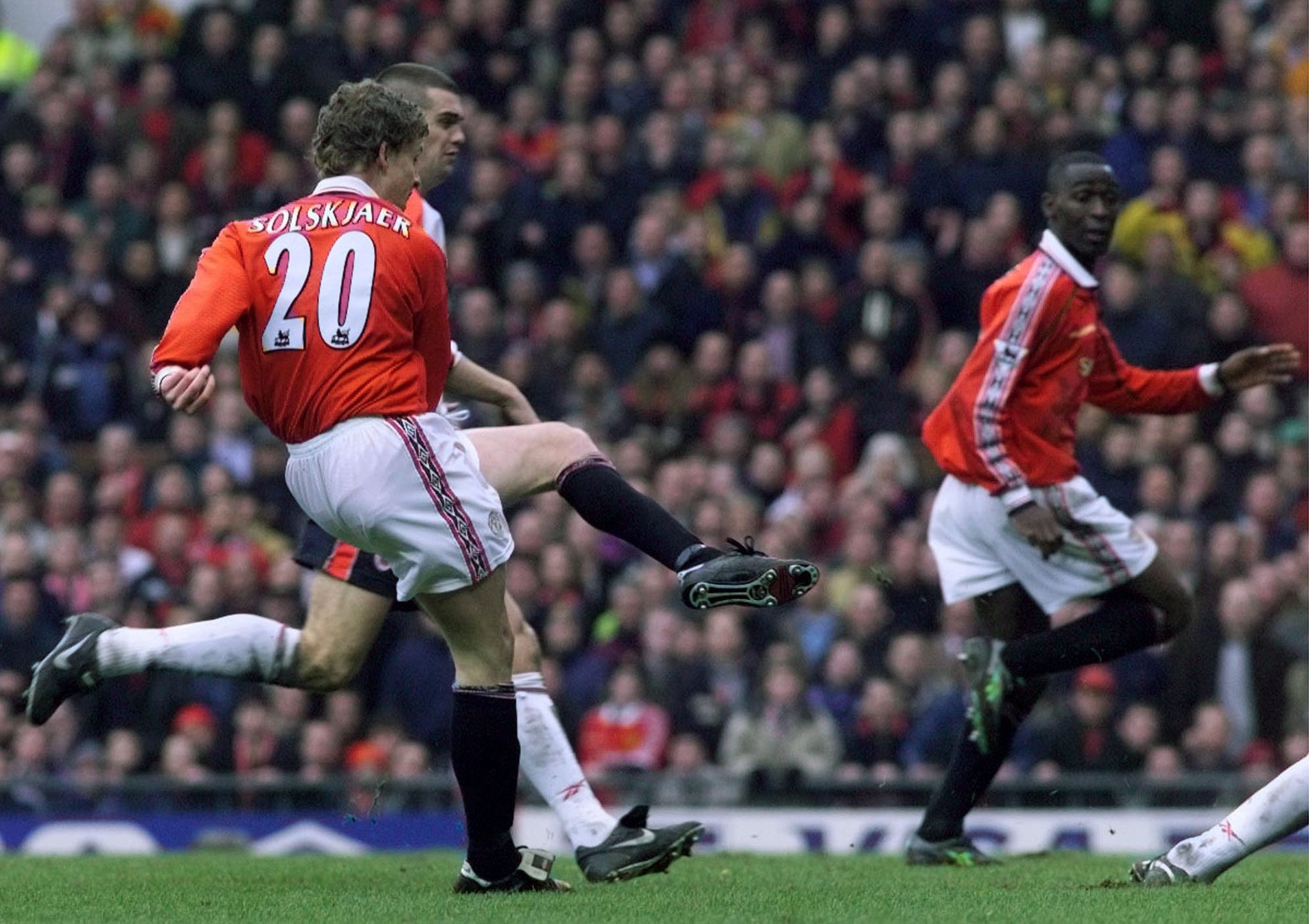 This weekend the two rivals meet again in the fourth round of the FA Cup but it is the title that United really want.

Liverpool have it and United have not even contended for it since Sir Alex Ferguson retired in 2013.

Now they are top of the table and in with a shout, and Yorke says they have to believe they can go on and do it.

Yorke said: “They have to believe they can win the league or there is no point.

“I look at the front four, five or six in the team and I think that is as good as you can get right now.

“He may not want to say it publicly but behind closed doors he needs to tell the players to embrace this time and believe it.

“They don’t want to become cautious, but believe instead that this is their time and that’s the message I would like Ole to spell out to them.

“Yes there is a long way to go but this is the challenge now for everyone at the football club. 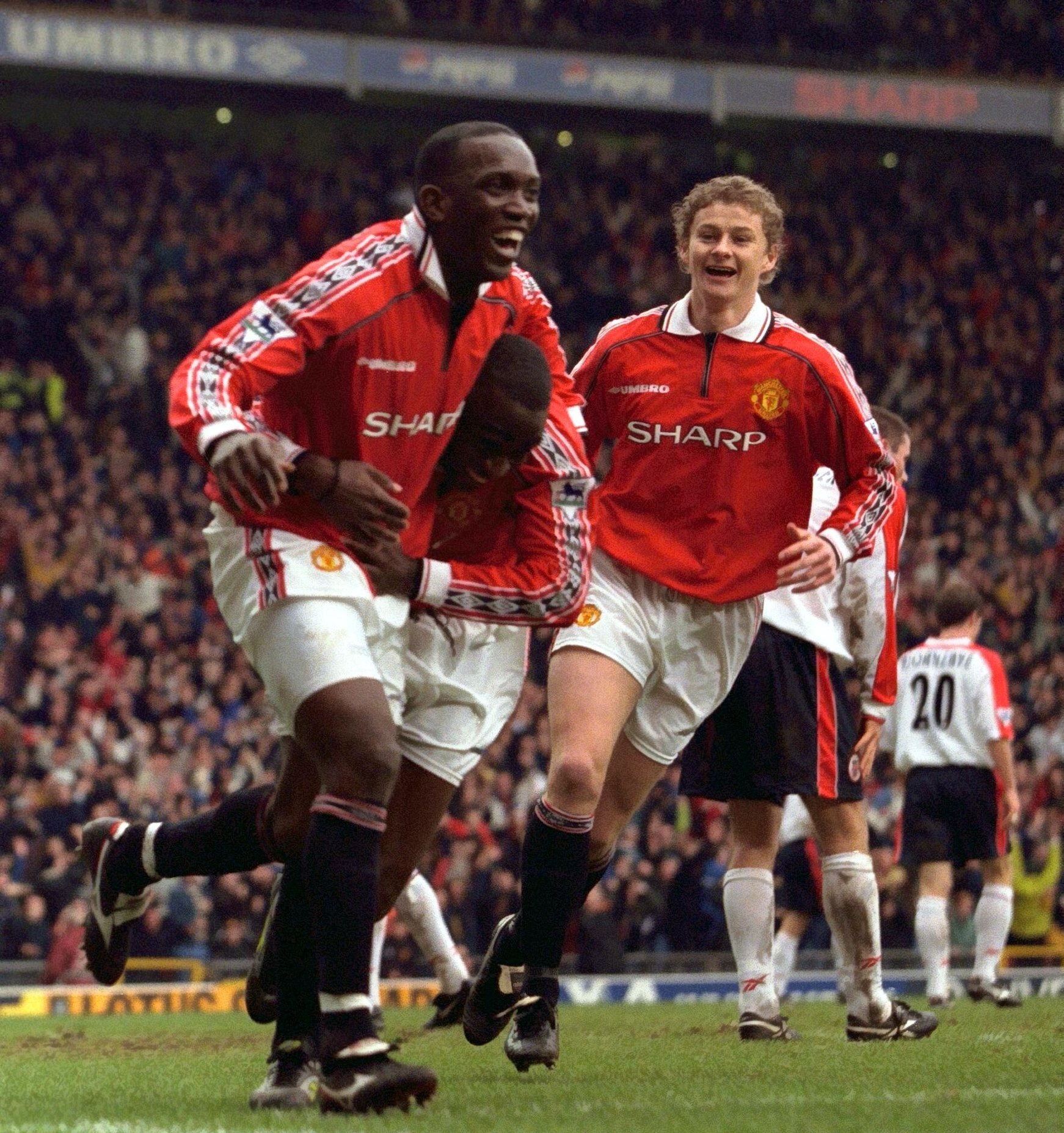 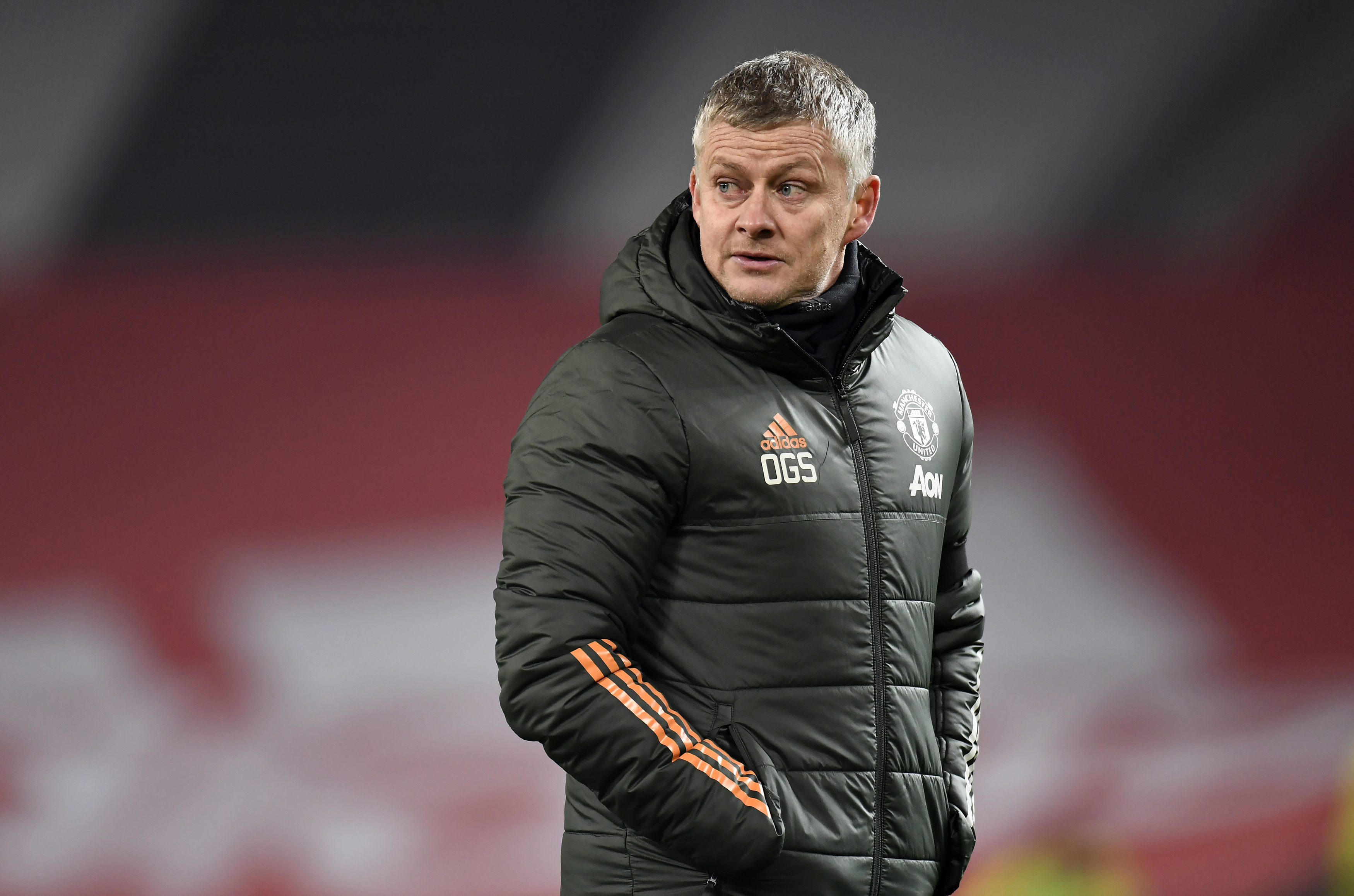 Solskjaer is still hunting for his first piece of silverware as United bossCredit: PA:Press Association

“This is the position you want to be in. Now go and show everyone what you are made of.

“They are on top, looking down, and everyone is coming for them but that is the challenge.”

Yorke, who was top scorer with 29 goals in United’s 1998-99 treble winning season, can see a big reason why this team has turned into challengers once more.

Under Sir Alex Ferguson, United’s players were taught to treat every game and every opponent the same.

It was ingrained into them that lesser teams would always raise their game against them and they had to be ready for that.

In finishing third last season they surrendered 25 points to teams in the bottom half including six to relegated Watford and Bournemouth.

Yorke said: “This team has finally learned to win against the lesser teams, to dig deep as they did at Burnley and Fulham.

“Their record under Ole against the teams in the top six around them was good last season but now they have learned to adapt to different styles and different opponents.

“That has been part of this team’s learning curve.

“I learned, and it is still true now, that when you are at United you are still everyone else’s Cup Final and you have to handle that. Winning those games is what gets you the consistency you need.

“It was not always free flowing football with us winning three, four and five nil, sometimes we had to scrap it out too and that is as much key to winning the title as the big clashes.”

For now it is the FA Cup that is United’s concern.

A trophy they have lifted 12 times. Only Arsenal have a better record with 14.

And a competition that gave Yorke the moment of his career.