The 38-year-old asked fans to pray for him ahead of the op having been KOd just 59 seconds into his Bare Knuckle Fighting Championship defeat to Joe Riggs on Saturday.

Melvin Guillard asked fans to pray for him ahead of surgery on a horror eye injuryCredit: Instagram / @melvinfighter83 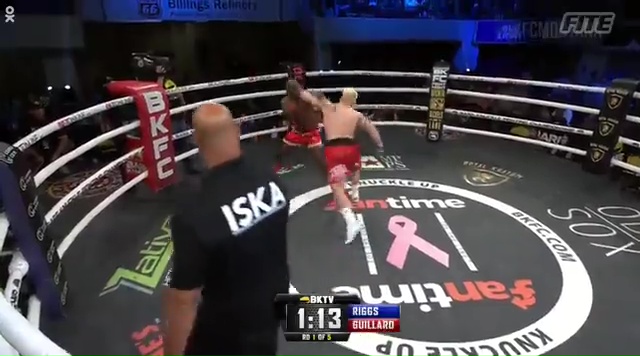 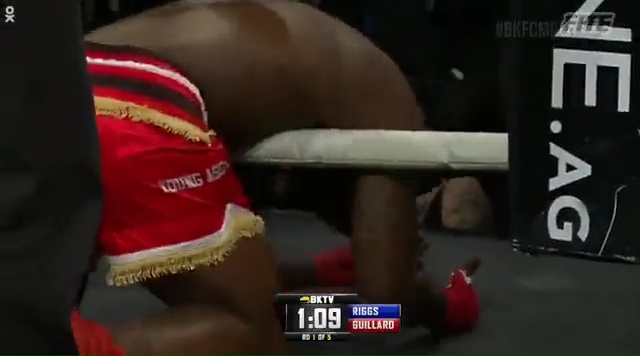 The 38-year-old was sent crashing through the ropes less than a minute into the fightCredit: FITE TV

But since stepping away from the octagon, he has struggled to impose himself in the BKFC.

After his latest defeat in Montana, Guillard shared snaps of his gruesome eye injury on Instagram.

Alongside pictures of his eye which was swollen shut, he wrote: “Just found out, at 3.15am, I have five fractures in my orbital so I will be having surgery today.

“Just wanted to get my fans, friends and family the news. I’ll be OK – just keep me in your prayers.

“I’ll be lying if I said I wasn’t a little scared right now. We’ll see what happens.”

Despite the consecutive losses and horrendous injury, Guillard has no plans to stop.

After confirming he’d been released from hospital, Guillard later added: “Appreciate the love from all my fans and supporters… just not going to slow me down, [nor] stop me from accomplishing my goal.”

However, it appears not everyone is so keen to see Guillard fight on.

And some even called on Guillard to be banned from fighting again.

And MMA fan Jack added: “Guilard was in terrible shape for this.

“His punches looked slow and he went down from the first punch Riggs threw… he seriously needs to stop.

“BKFC is an absolute joke… their whole roster is washed up MMA fighters.”