O Jogo claims the 52-year-old remains in hospital following his health scare at the weekend.

The Champions League winner is in intensive careCredit: Getty

It was first reported Secretario was in intensive care following a car accident.

But O Jogo later confirmed the former defender had sadly suffered a stroke instead.

Secretario made a name for himself as a marauding right-back,

And the pinnacle of his career came during a season at Real Madrid in the 1996/97 campaign. 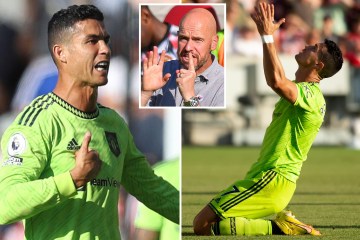 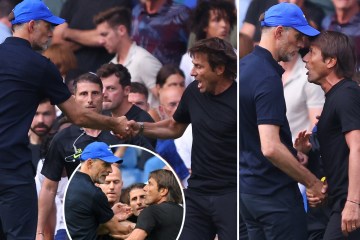 But Secretario’s main success came during two spells at Porto either side of his Real stint.

And he was also part of the squad that won the 2004 Champions League under soon-to-be Chelsea boss Jose Mourinho.

Secretario also won 35 caps for Portugal, helping them to a third-place finish at Euro 2000.

And his former clubs paid tribute by sending get-well messages on social media.

Real Madrid said: “Real Madrid CF, its president and its Board of Directors wish to send a message of support and all of our affection to former Real Madrid player Carlos Secretario.

“We wish him a speedy recovery. Stay strong.”

Porto added: “Be strong Carlos Secretario. The blue and white family unites in a message of strength to our former player.”

He told reporters: “There is an element of our structure [Eduardo Oliveira, a physical trainer who lost his father] who is going through a difficult time.

“I also had the news that a former colleague of mine is sick in the hospital. I don’t have a big smile.”