Andries Jonker, now boss of Dutch second-tier side Telstar, admits the England Under-20 star “never looked the greatest talent in the academy”. 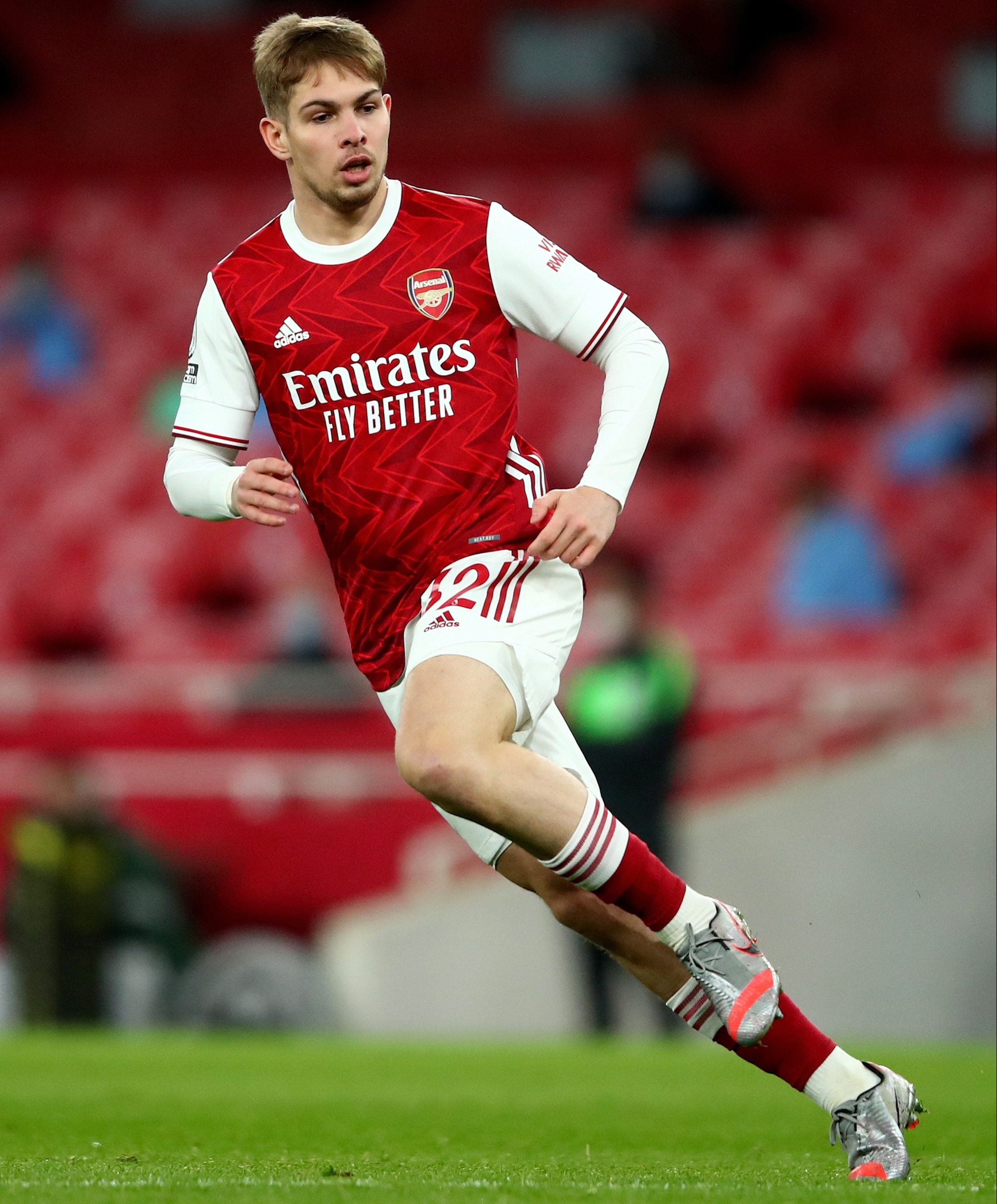 But the Dutchman, who was at Arsenal from 2014-17, is “proud” that Smith Rowe has been rewarded for his fierce determination and “down to earth” attitude, including loan spells for Huddersfield and RB Leipzig.

Jonker told Norwegian outlet TV2: “He was always motivated and dedicated as an academy player.

“He has always been very stable with his performances.

“We definitely thought he could have a career in football, but I don’t think many predicted that he would get in the first team of Arsenal.

“He was a talent with a solid head, but he was never looked like the greatest talent in the academy.

“I’m very proud of what he’s achieving at the moment because he’s really put in all the work himself.

“He was someone you could trust, someone who was rarely injured.”

Jonker, 58, who also coached at Barcelona and Bayern Munich, revealed it was Smith Rowe’s dad Les who prompted his switch to Leipzig in 2019.

He said: “I remember his father telling me that it would be good for the development of his personality to go abroad.

“So I was not surprised when he went to Leipzig on loan.

“He is a down-to-earth type who does not allow himself to be distracted by peripheral things. He is simply a good boy to work with.”