EVERTON left-back Lucas Digne requires surgery on an ankle injury picked up in training and is facing two months out.

The Toffees defender is one of the most influential stars in Carlo Ancelotti’s side and his absence will come as a big blow. 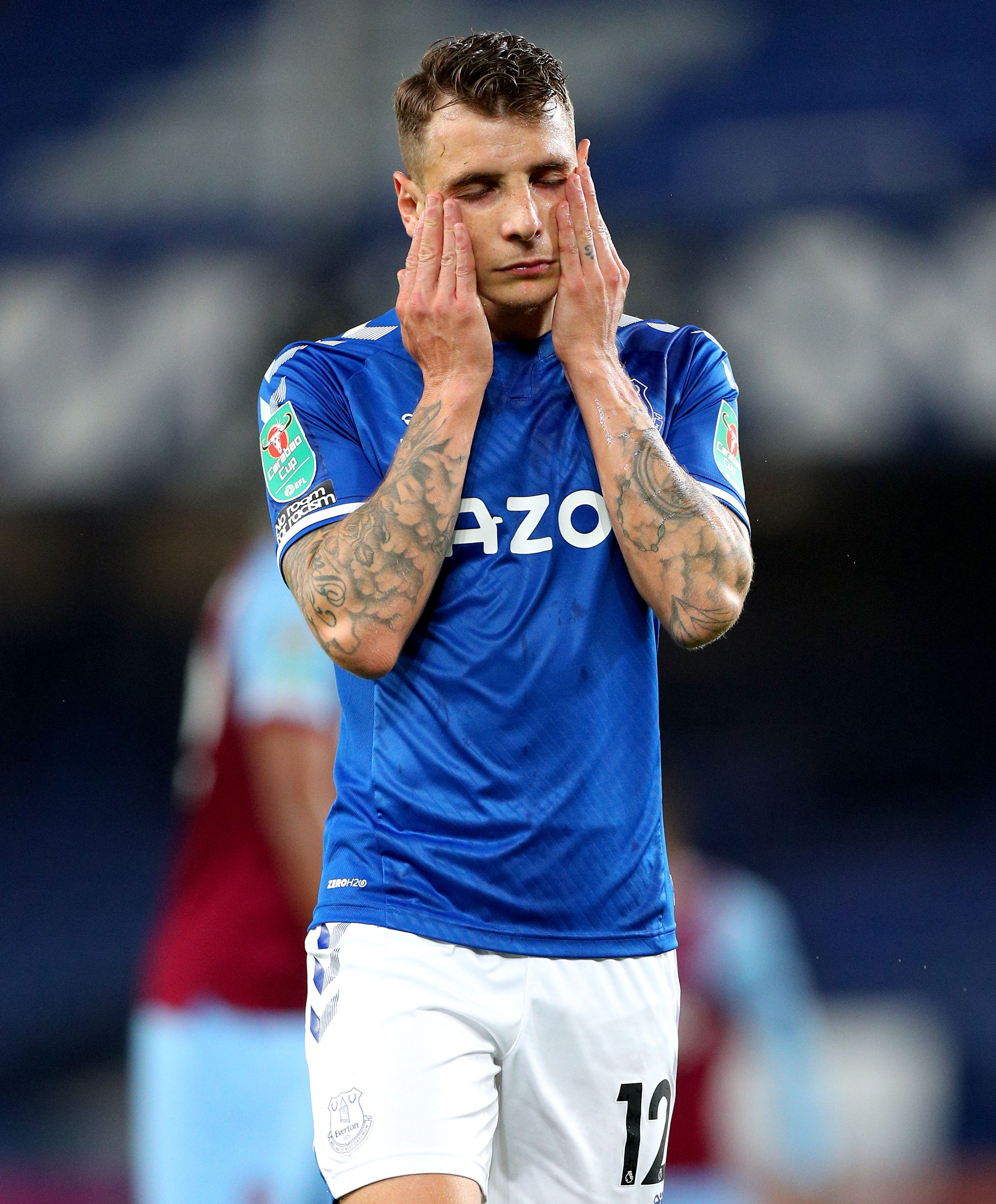 Lucas Digne requires surgery and is facing two months out with an ankle injury picked up in trainingCredit: PA:Press Association

Digne, 27, captained the Blues during their 3-2 win at Fulham last weekend and provided two assists.

The Frenchman suffered a ‘big blow to his ankle during Everton training’, according to France Football.

And he will reportedly have an operation on the ankle in the coming days.

Digne has only missed one Toffees game this season but he looks set to be out until the end of January – missing 12 games.

He was absent for his side’s 2-1 defeat at Newcastle after he was sent off in their 2-0 loss at Southampton.

Summer signing Niels Nkounkou, 20, stepped in to replace him and the youngster is now facing a continued run in the side.

And the injury could be good news for Everton’s 16-year-old academy left-back Thierry Small who has attracted attention from Bayern Munich and Juventus.

The teenager is considered one of the best young defenders in England and has even been compared to Bayern’s star left-back Alphonso Davies.

Wolfsburg, Valencia, Monaco and Benfica are also tracking the teenager, according to the Mail.

And Arsenal are also said to have asked to be kept informed of Small’s progress.

The left-back is a regular with Everton’s Under-18 and Under-23 teams.

He scored twice from defence in the Toffees’ recent 3-2 win over Burnley’s academy side.

And he also bagged for the Under-18s in Saturday’s 3-0 win against Derby.

The youngster is said to be ready for the step up to first team football and was reportedly weighing up at which club he has the best chance of achieving that goal.

But he may have think again if the Digne injury sees him bumped up the pecking order.