EVERTON star Maeva Clemaron believes their incredible run to the FA Cup final might be inspiring the men’s team.

The France international, 27, is looking to add a trophy to Toffees‘ unbeaten start to the WSL season when they take on Manchester City in today’s FA Cup final. 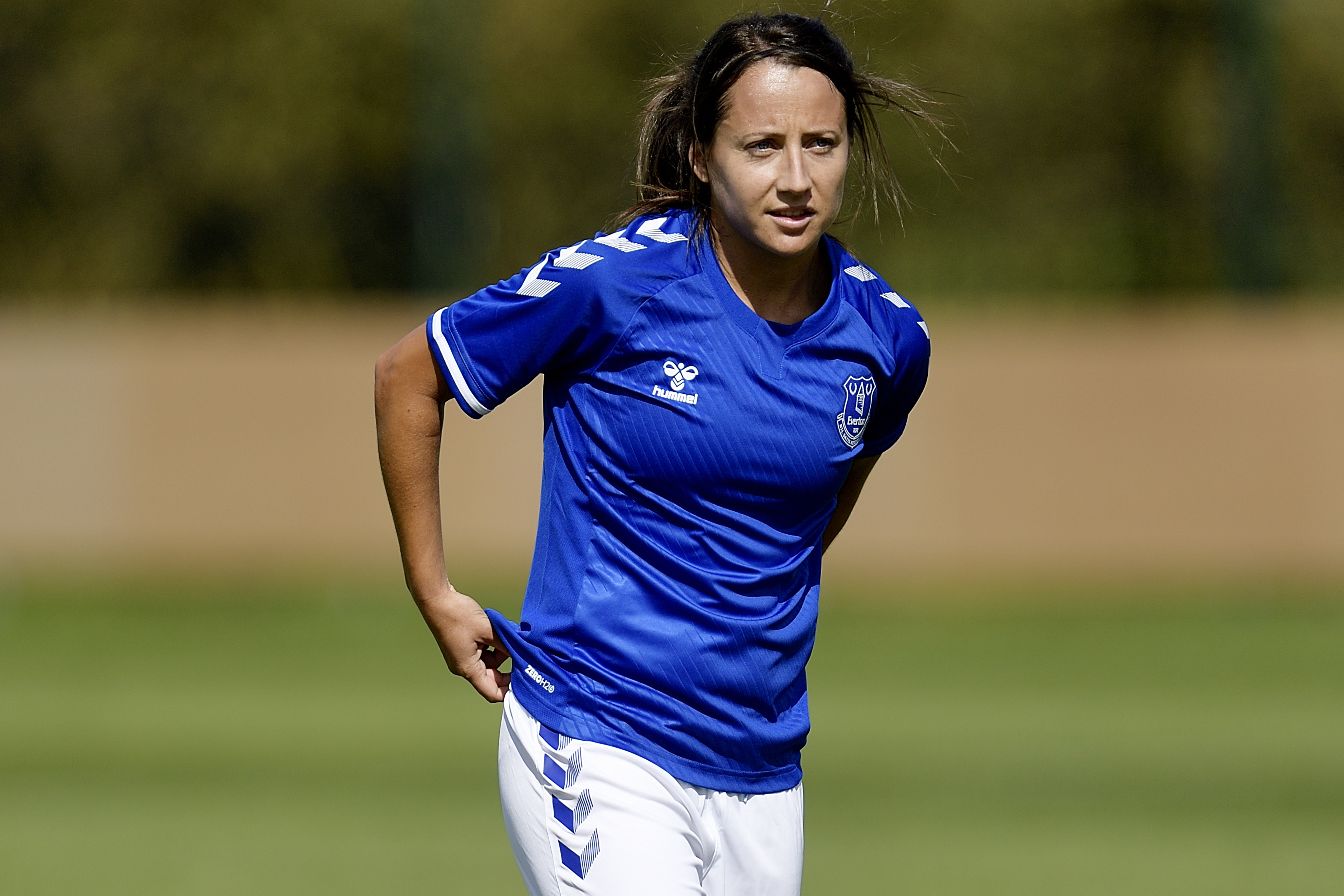 Carlo Ancelotti’s side are also dreaming of silverware even if their best start to a campaign in 100 years was halted by defeat at Southampton last time out.

And Clemaron said: “Maybe the two teams do push each other.

“Of course, it is not on purpose but it is really good motivation for both of us. We try to follow the men that way and I think it is the same for them.

“We don’t see them a lot at the moment because of the virus but we share training grounds. I’m really close to Lucas Digne and we speak quite a lot.”

If Everton can lift the FA Cup for the first time since 2010 then Clemaron believes it will be the biggest achievement of her career.

The combative midfielder played a key role in France’s run to the quarter-finals of their home World Cup last year.

But getting her hands on the famous trophy at Wembley today would surpass even that.

She added: “It means a lot to me as a player to play in that stadium. It is going to be such a fabulous experience.

“It will be the first time I have played there but to go in that final with my team and will be amazing for the entire club.

“We haven’t won it for ten years. It’s going to be a fabulous moment and we have prepared as much as we possibly can to be ready for it.

“I played in the World Cup but this is right up there. If we win it will probably be my biggest achievement. If we can have a trophy at the end of this game then it will be a massive, massive moment.

“One of the best moments in my career. Especially as the fans have had to wait all this time.

While Everton are currently five points above City in the WSL table, they go into today’s clash as big underdogs according to all the bookies.

Big-spending City have pumped millions into their star-studded women’s side but Everton are now beginning to reap the rewards of their own investment – that included the signing of Clemaron from Fleury 91 last July.

Winning football’s oldest trophy is part of a longer-term plan at Everton, who are desperate to be challenging for honours.

In all likelihood, that will only come with the sort of money City have been willing to spend.

And Clemaron said: “We know It will be a tough game. They have a good team as well as good conditions to work in.

“They have had good conditions for many years now. We have only really invested like that in the last few years but we have all the club behind us for this.”