HOSTS England kick off their bid for Euro 2022 glory on Wednesday night against Austria.

And there should be NO doubt about their credentials as they step out at Old Trafford.

England kick off their quest for Euro 2022 glory against Austria on WednesdayCredit: Getty 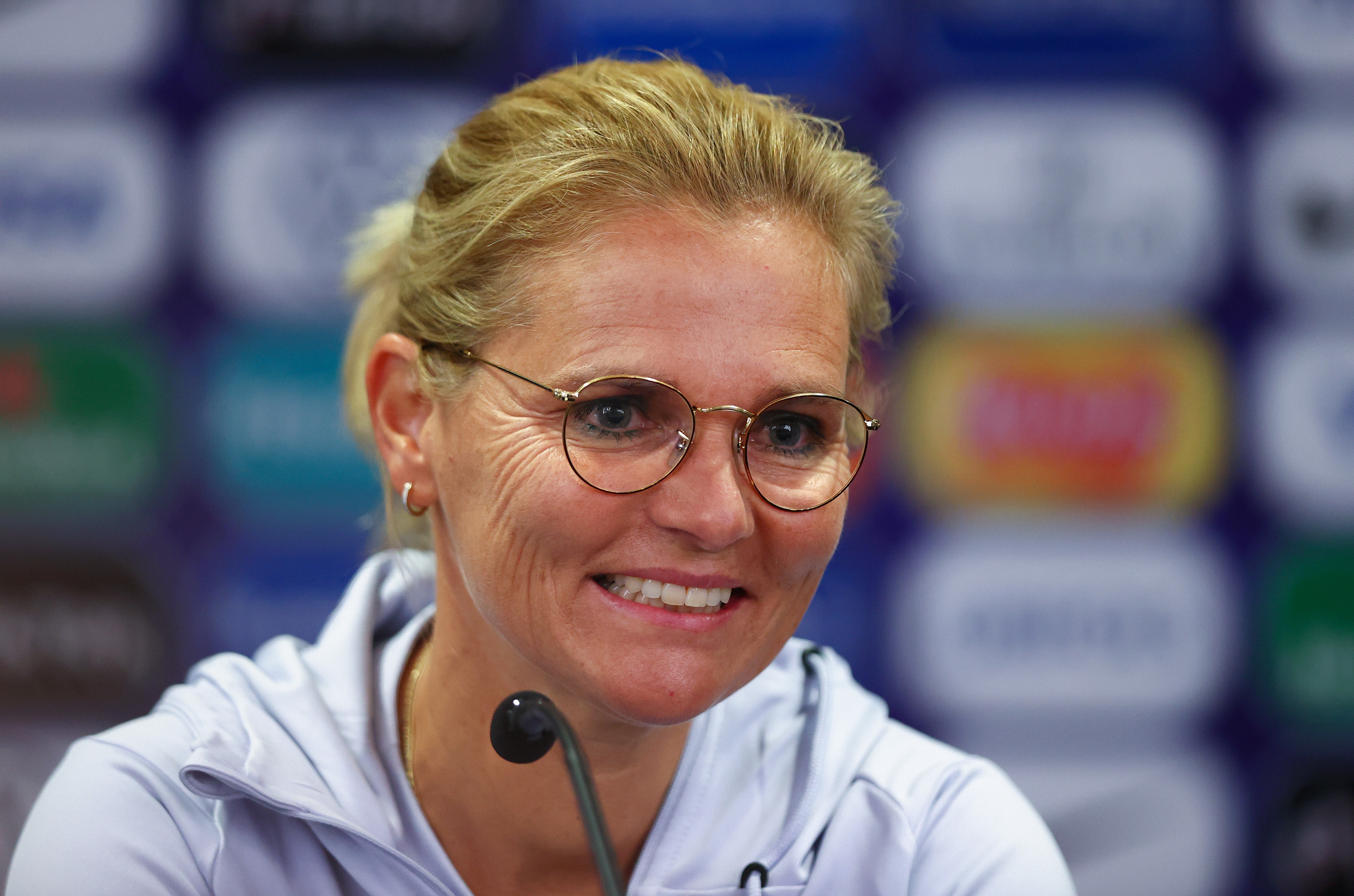 Sarina Wiegman’s side go into the tournament as one of the favourites to winCredit: Getty

The Lionesses have hit new heights under Sarina Wiegman, they are unbeaten in 14 since she took over — and desperate to get their hands on their first major trophy.

Former star Fara Williams believes that boss Wiegman has the fear factor that can drive England to glory.

The ex-midfielder made a record 172 appearances for the Lionesses, scoring 40 goals in an international career that spanned 18 years. 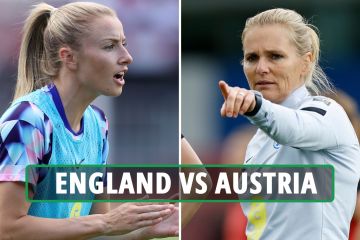 And Williams, 38, reckons canny head coach Wiegman can give her side the edge in this tournament.

She told William Hill: “It’s so exciting to have the Euros here in our country.

“I played in a home Euros in 2005 and we were dreadful. And if it wasn’t for the fact that we were hosting, we probably wouldn’t have gone to that tournament.

“So, the fact that we’re in a place where we’re being spoken about as one of the favourites to win this tournament, I’m excited. And I think England are going to win!

“Sarina Wiegman is a massive factor in that. She is a fantastic coach. She has the know-how. She was a player with more than 100 caps for the Netherlands.

“And just speaking to the girls, they like her. They have that little bit of fear about her and I think that’s a good thing. She keeps them on edge.

“She keeps them competitive, which at times on the England team has not been there.

Lauren Hemp is expected to give defenders nightmares during the tournament.

And Williams cannot wait to see the Manchester City forward, 21, in full flow.

“We love it when we see players go one-v-one with defenders and take them on. It gets you off your seat, and that’s the type of player that she is. 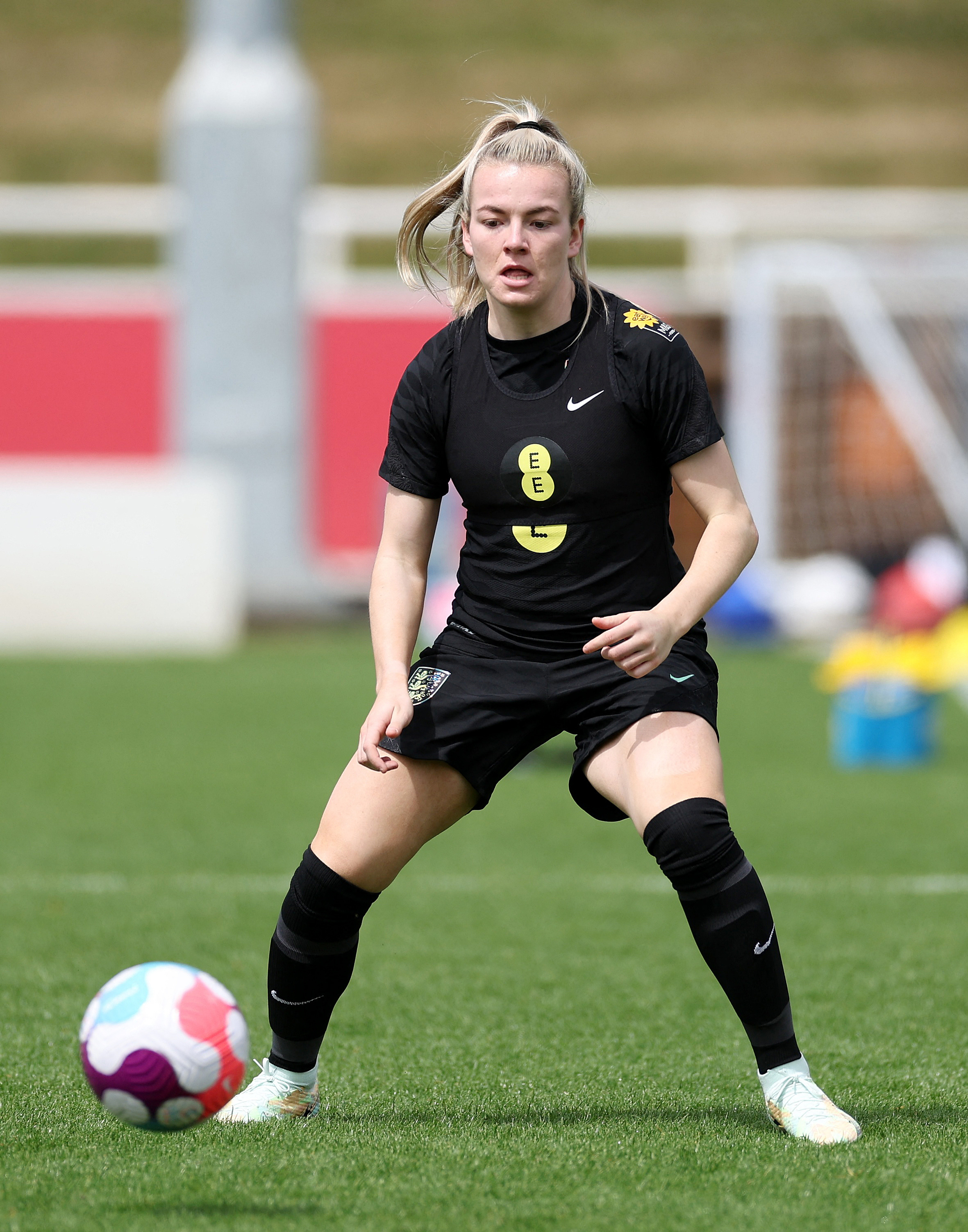 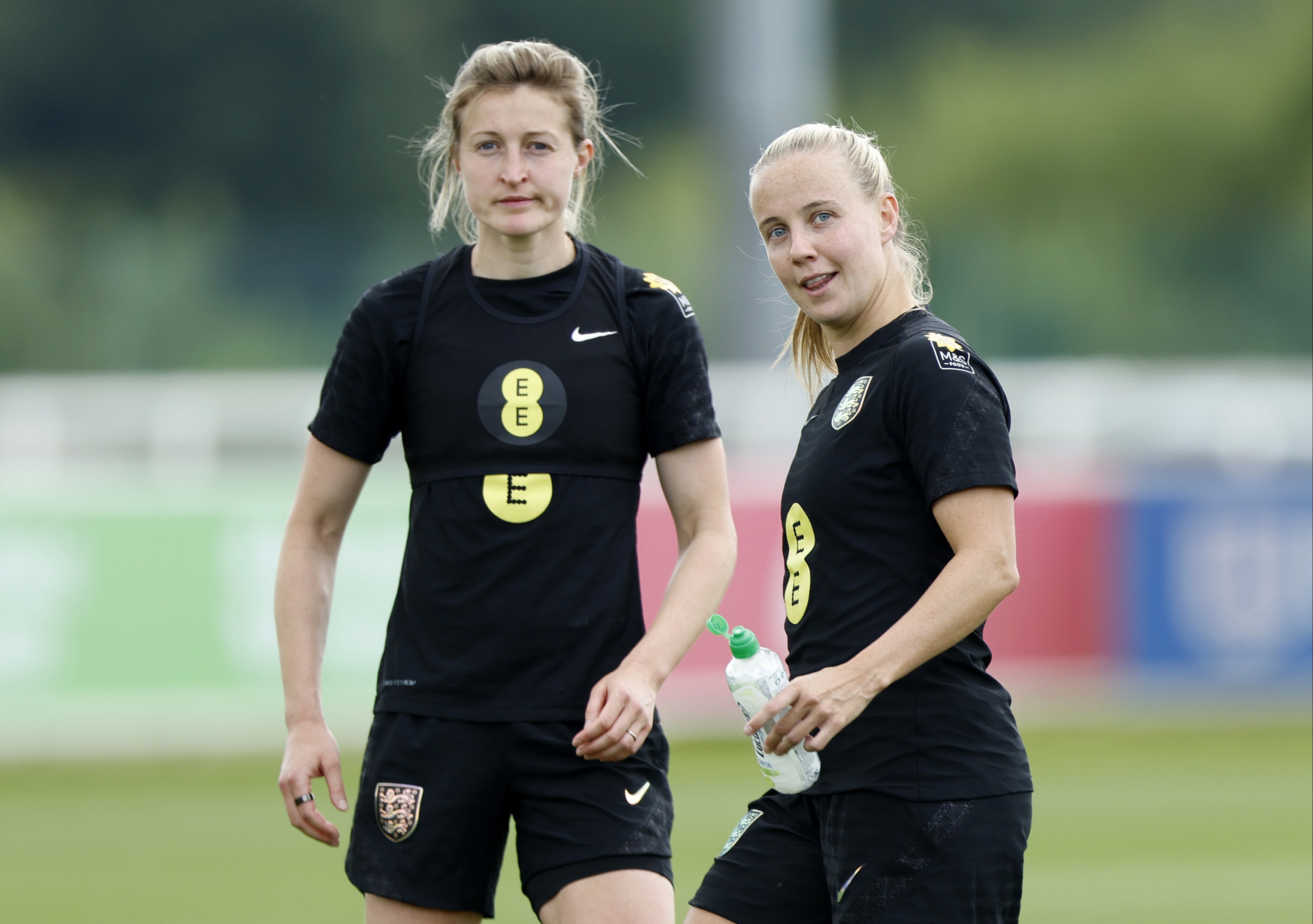 Ellen White and Beth Mead will be looking to put on a show at Euro 2022Credit: Getty

“When the game was small, everyone knew Rachel Yankey’s name and it’s a compliment for Lauren Hemp to be even put in that bracket. We haven’t had  anyone like Yanks since she retired.”

Sir Geoff Hurst meanwhile has admitted the magnitude of 1966 passed him by as a player.

But the legendary England World Cup hero has urged Sarina Wiegman’s Three Lions to embrace every moment of a historic home tournament.

Having reached the semi-finals last time out in 2017, this is a golden chance to represent their country in a first major tournament final for 13 years.

Hurst played a starring role in ’66 when England hosted the World Cup, scoring a hat-trick in the final to see off West Germany 4-2 at Wembley.

And speaking on behalf of McDonald’s Fun Football, the 80-year-old said: “To represent England in a tournament in your own country is absolutely unbelievable.

“I probably didn’t appreciate it, maybe the magnitude of the occasion. 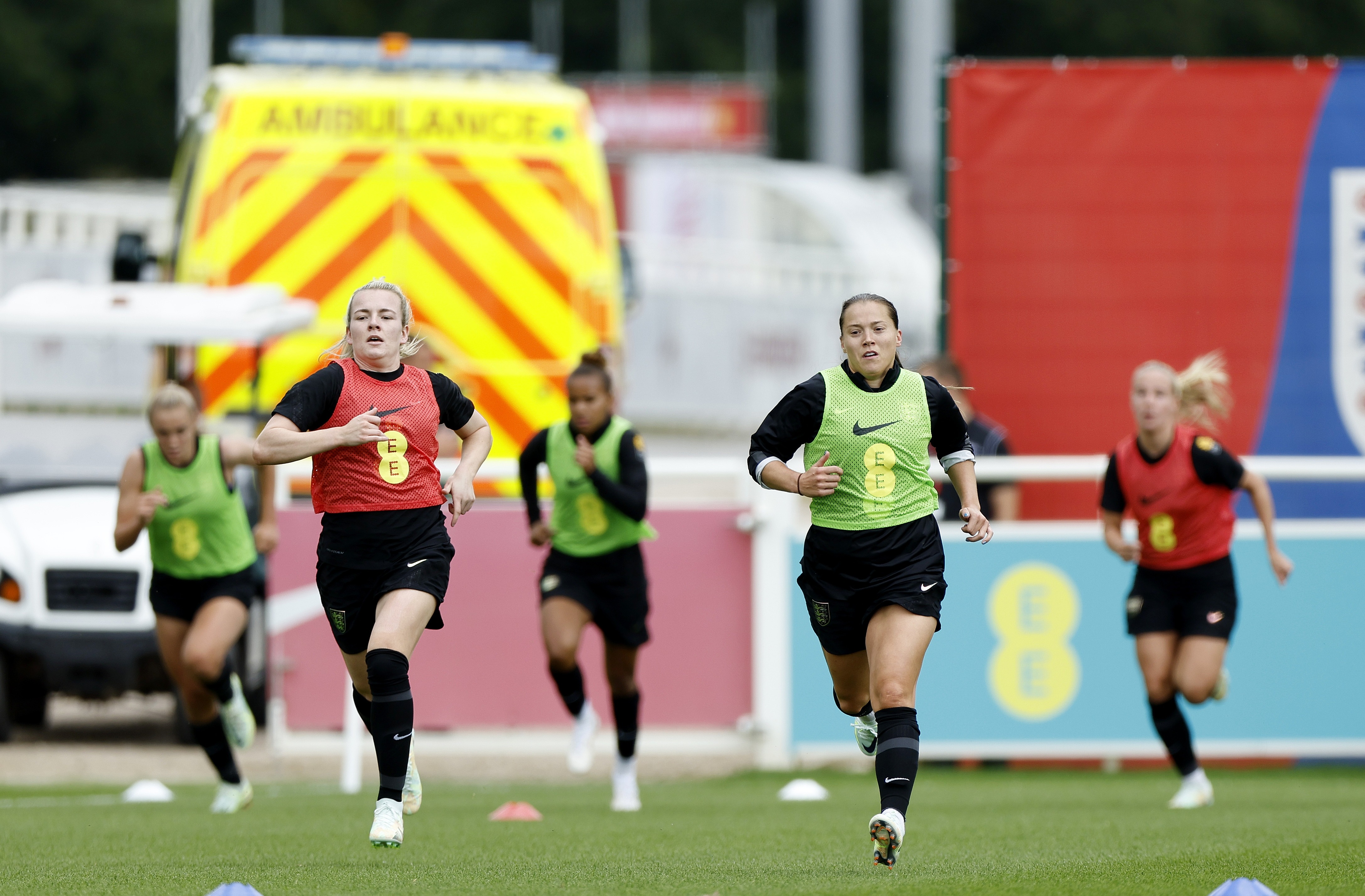 England have Austria, Northern Ireland and Norway in their Euro 2022 groupCredit: Getty

“We didn’t absorb things much in ’66. You are in your own bubble and you don’t know what’s going on or what’s being said.

“It is only when you look back that you realise how big it is. It changed things for us dramatically.

“So, England Women need to try to enjoy that side of it and playing at home in just fantastic, it always gives you the possibility to win.”

Hurst feels Euros glory could be a game-changer for women’s football here.

He added: “If we do well, it will show how far the women’s game has come.

“It will be another major step forward in getting more girls involved in football.”

Hope Powell knows exactly what it takes to reach a major final — she just wishes she had shouted her mouth off about it more!

Powell made history 13 years ago as the first manager to lead a Lionesses’ side to a Euros showpiece. 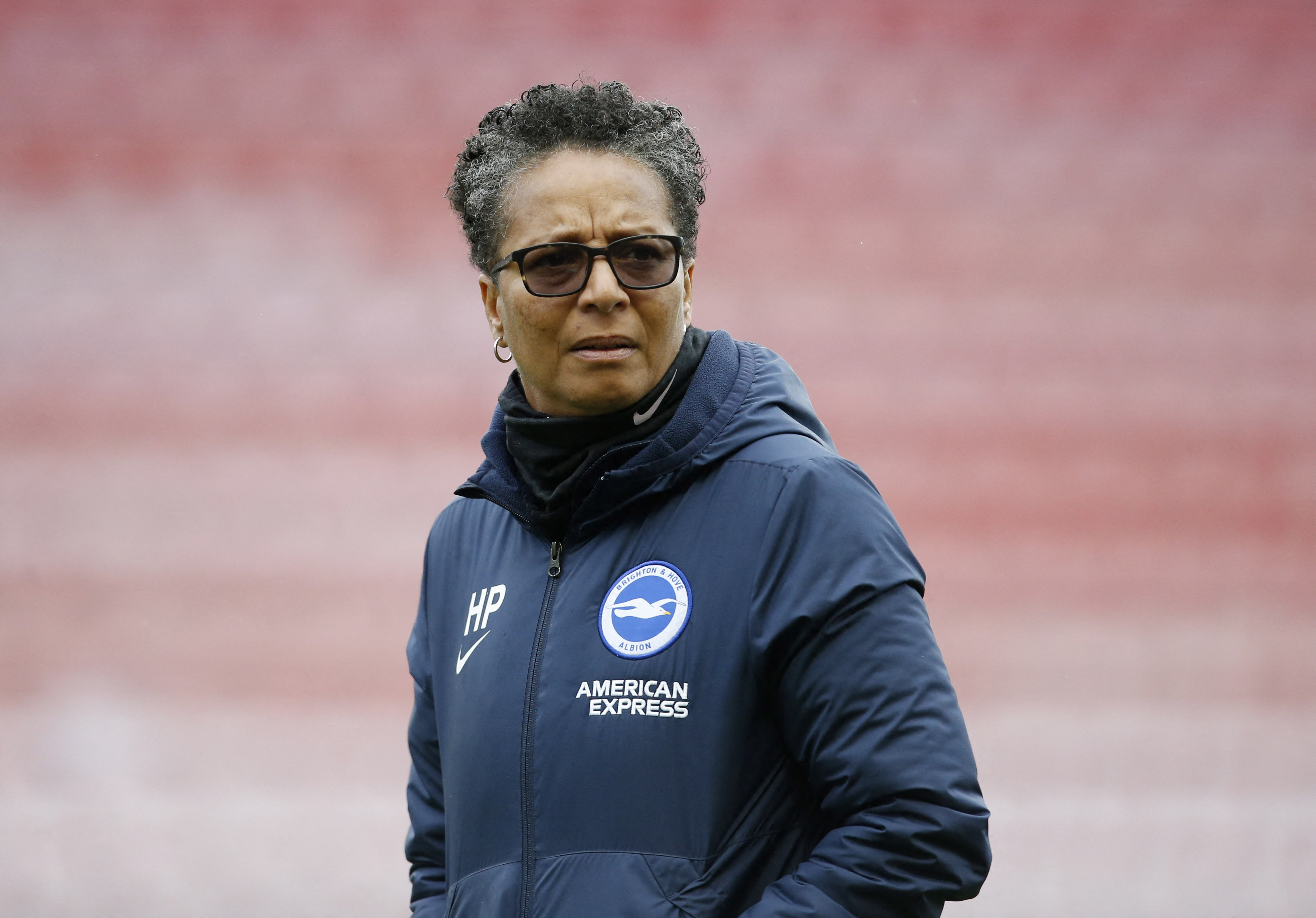 Brighton boss Hope Powell guided England to the Euro 2009 final, where they lost to GermanyCredit: Reuters

They suffered final heartache in Finland with a 6-2 defeat by Germany.

And Powell, 55, joked: “I remember saying to the FA at the time that we would get to the final.

“What I didn’t say was, ‘We’re going to win it’ which is what I really should have bloody said!

“The level of pressure on the players and management is so  different to when we got to the final.

“With Sarina Wiegman, they have a boss who has won the Euros, got to an Olympic final and has such a good pedigree.

“You need some decisions to go your way. If they get that and everybody stays fit, they’ve got a chance.” 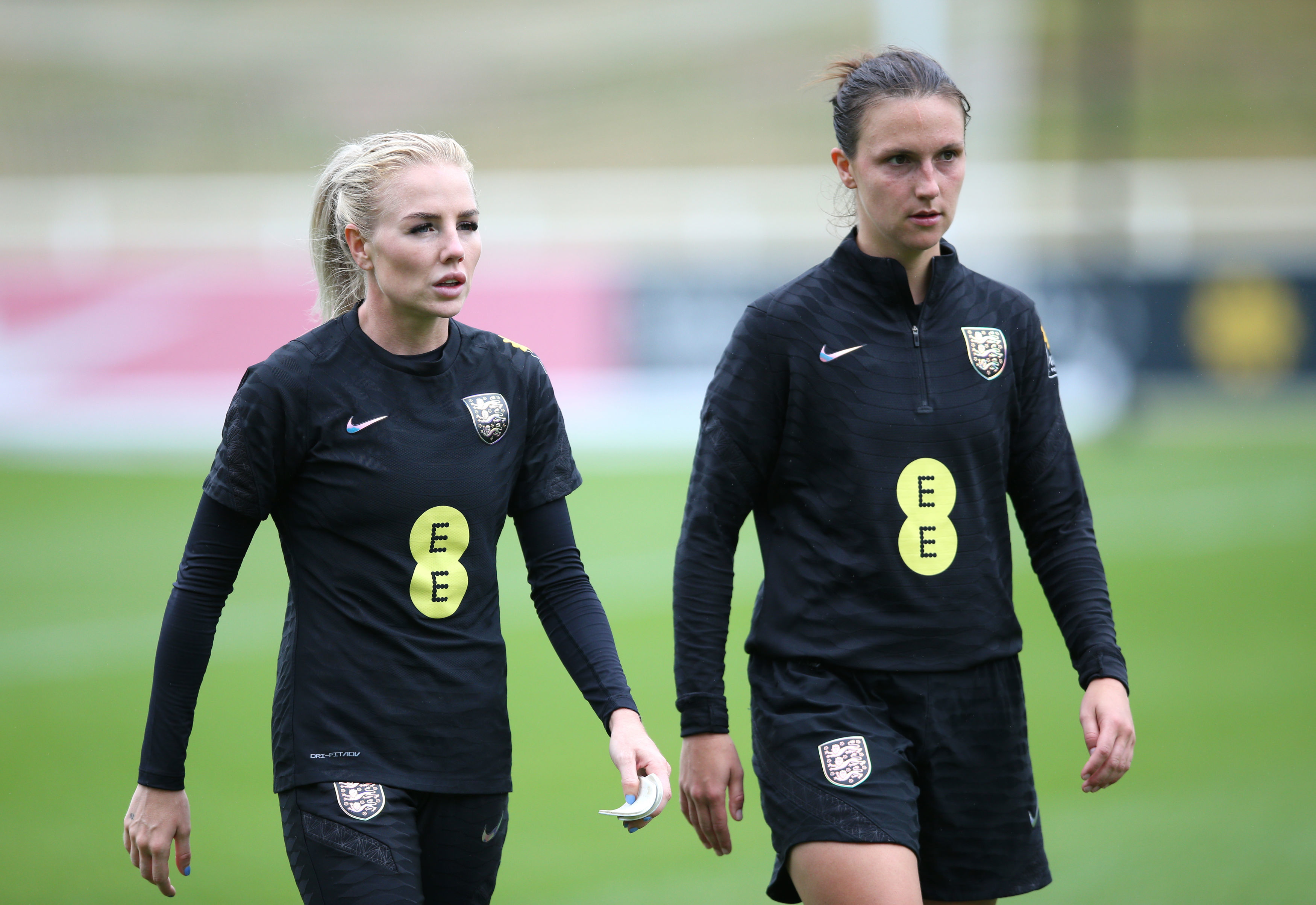 England are hoping to go further than the semi-final they reached at Euro 2017Credit: PA

But Powell warns more support for the grassroots game is needed to  sustain our “conveyor belt of talent”.

The Brighton chief also claims a lack of diversity at certain levels is concerning. Powell, who managed the national side for five years from 1998, hopes these Euros will help to raise the sport’s profile.

A recent report warned 6,000 grassroots clubs are at risk of closure between now and next season. The Price to Play study also said  2,600 clubs have already shut.

And Powell added: “The grassroots game needs to be taken care of.

“England’s current players won’t play forever — you need the next generation coming through.

“It’s really important that pathways are right for them because you need a conveyor belt of talent.

“The lack of diversity in squads is concerning. But the FA are trying their best with the clubs to address that, so it’s not being ignored, which is the most important thing.”

Ex-England Lianne Sanderson is backing the Lionesses to reach our first Women’s Euros final since 2009. 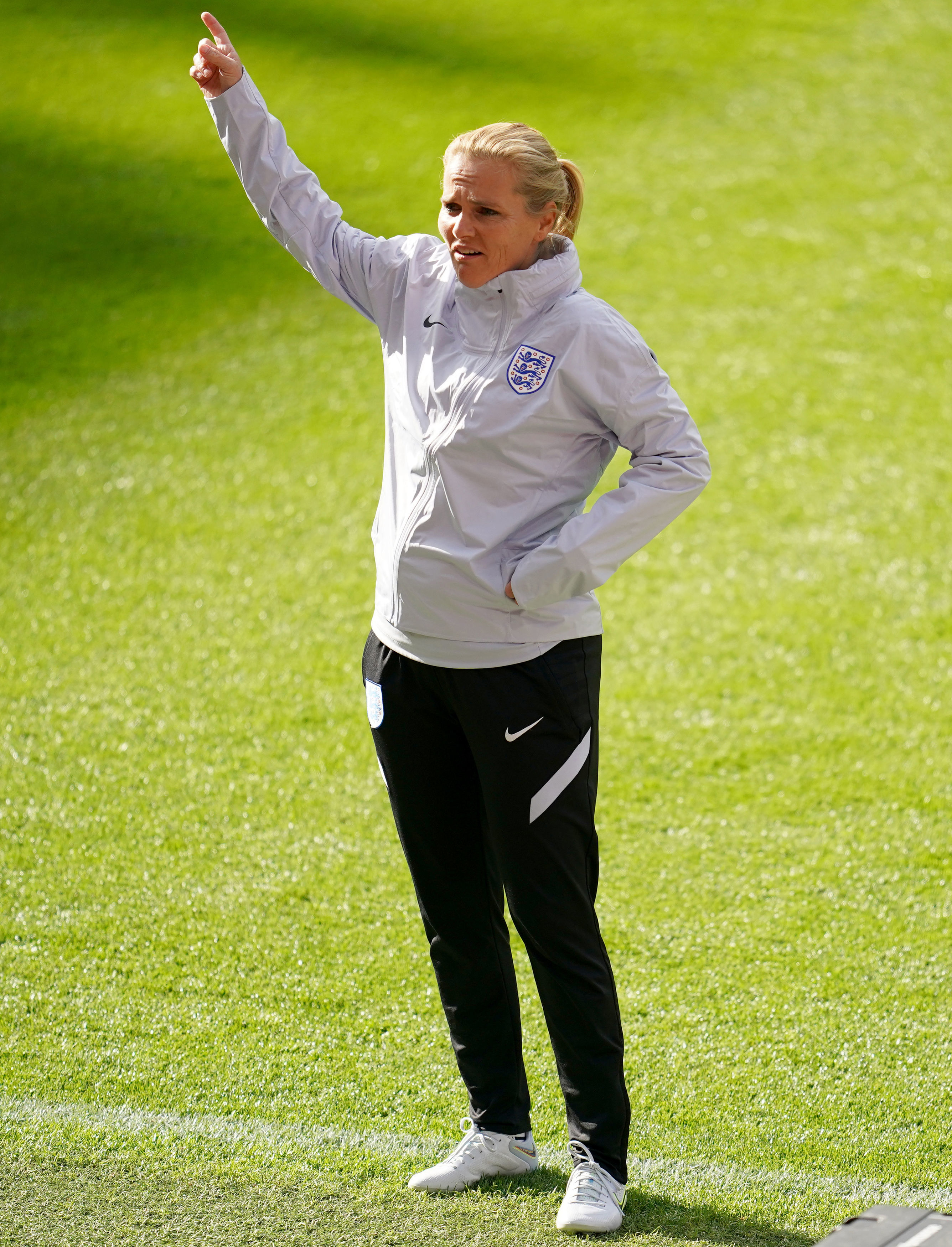 Wiegman is yet to taste defeat in the 14 games she has managed since taking charge of EnglandCredit: PA

But she knows there will be huge heat on Wiegman’s team playing on home soil.

The 34-year-old admitted: “I’ve said this before about putting  pressure on players.

“We get to a tournament — whether it be the men’s or women’s team — and there is an expectation we’re going to win, which is fantastic.

“But we should be able to reach the final and there have been previous years when we made the semis of major tournaments.

“They have everything at their disposal to do well. The fact it is on home soil is an extra incentive.

“There are players like Beth Mead and Ellen White who’ve been in these situations before and they can help the younger players.”

Breaking new ground in football while in the spotlight is familiar territory for Sanderson.

At 14, she became the youngest female professional player in England after joining Arsenal. 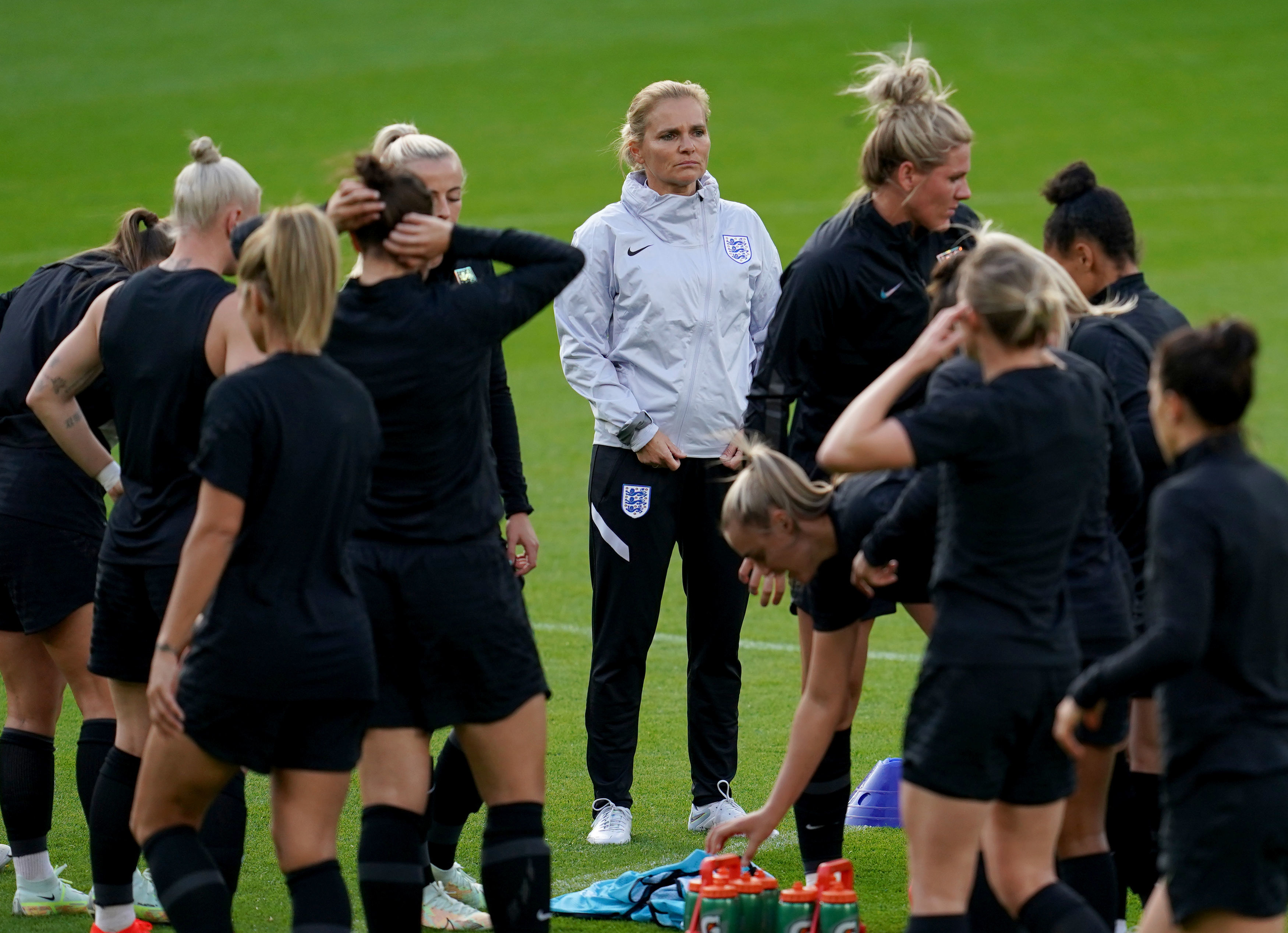 Wiegman has won 12 out of the 14 games she has managed for the LionessesCredit: PA

The forward was also part of the legendary Vic Akers side who became the first English club to win the Women’s Champions League back in 2007.

And the former Gunner — now a  pundit — was one of the youngest stars of the last England squad to reach a Euros final 13 years ago.

The then 21-year-old came on as a second-half substitute as they were beaten 6-2 by Germany.

Ex-striker Sanderson added: “Now players are fully professional, they don’t need secondary jobs and the facilities are there.

“There is no reason why we can’t win it, but I’d be mindful of saying we’re going to based on the quality of some of the other teams.

“You have France and there’s Norway with Ada Hegerberg back.

“Spain will also be difficult to beat but I don’t see why England can’t do really well.

“Since Wiegman has come in, the team has become much more ruthless in front of goal and I think Sarina is more ruthless as a head coach.” 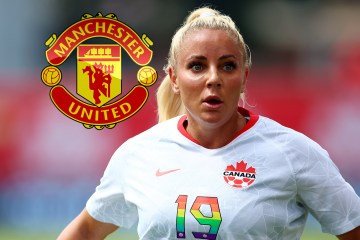 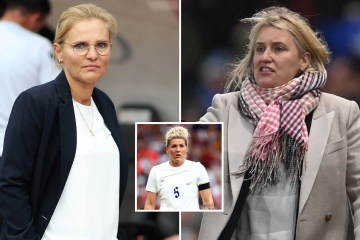 Asked to compare this Euros campaign with 2009, Sanderson added: “There’s more media coverage now and I kind of like that because I love pressure.

“I was always the type of player that if we won a penalty in a game, or if it went to a shootout, I’m taking one as I love pressure and seem to thrive on it.

“But I think we’ve caught up with them now and are better than them.”