ERLING HAALAND and Jude Bellingham were stunned as minnows St Pauli dumped holders Borussia Dortmund out of the German Cup.

Dortmund‘s two in-demand superstars were powerless to prevent the second tier side pulling off one of their greatest wins. 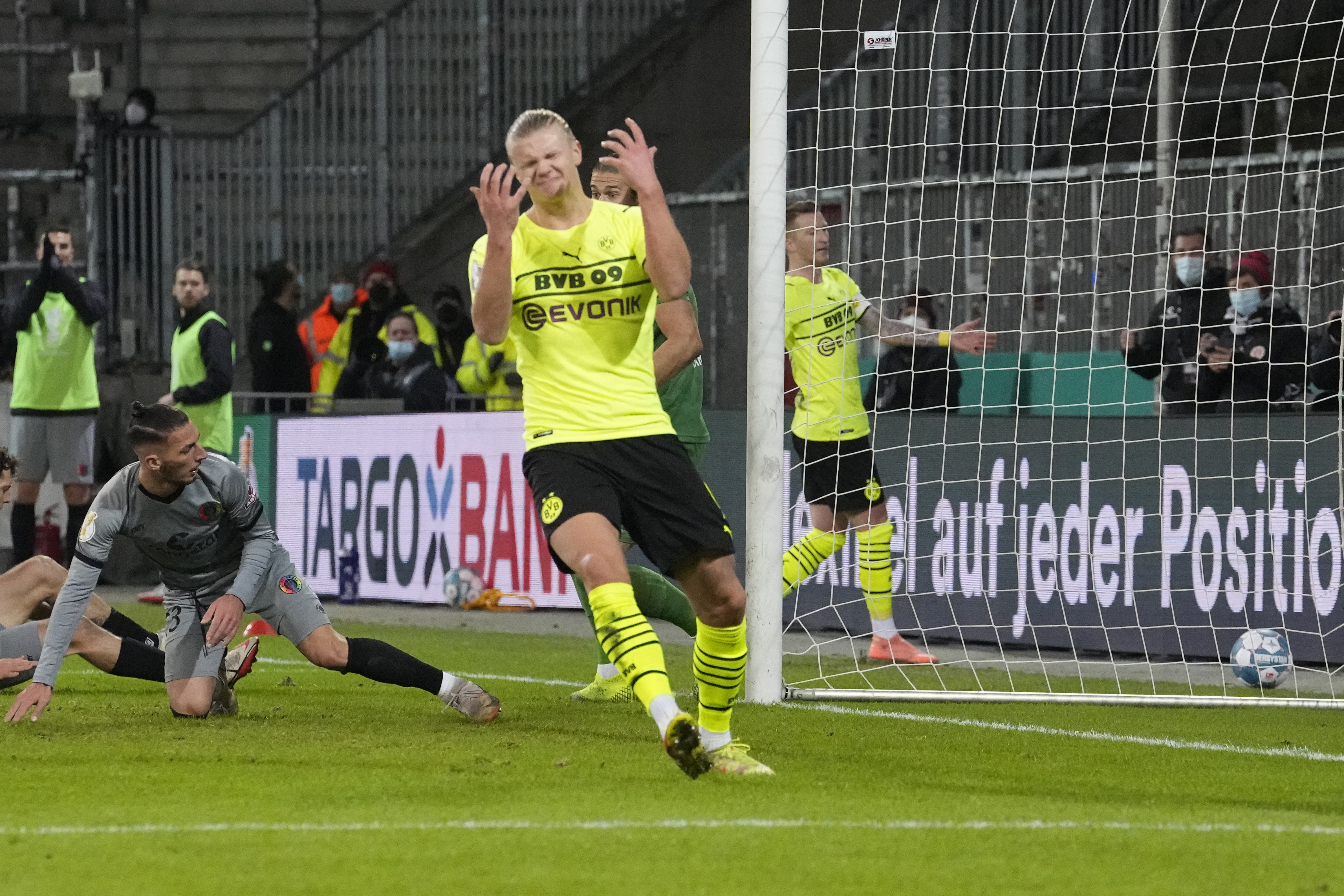 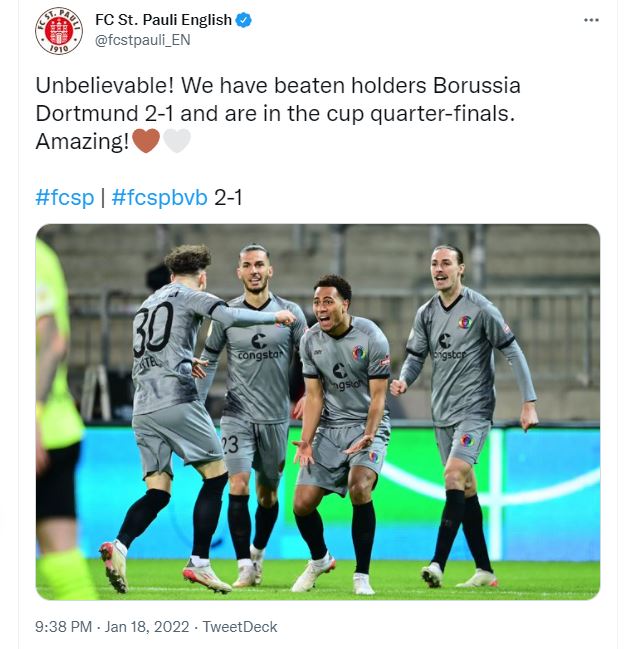 Manchester United and City target Haaland did manage to bag a penalty consolation but Bellingham slumped to the floor at the final whistle, holding his head in shock at the 2-1 last-16 defeat.

And Haaland fired high as the visitors upped the tempo even further against a team winless for their past three matches.

But St Pauli turned the tide dramatically and Axel Witsel’s own goal in the 40th minute doubled the hosts’ advantage. 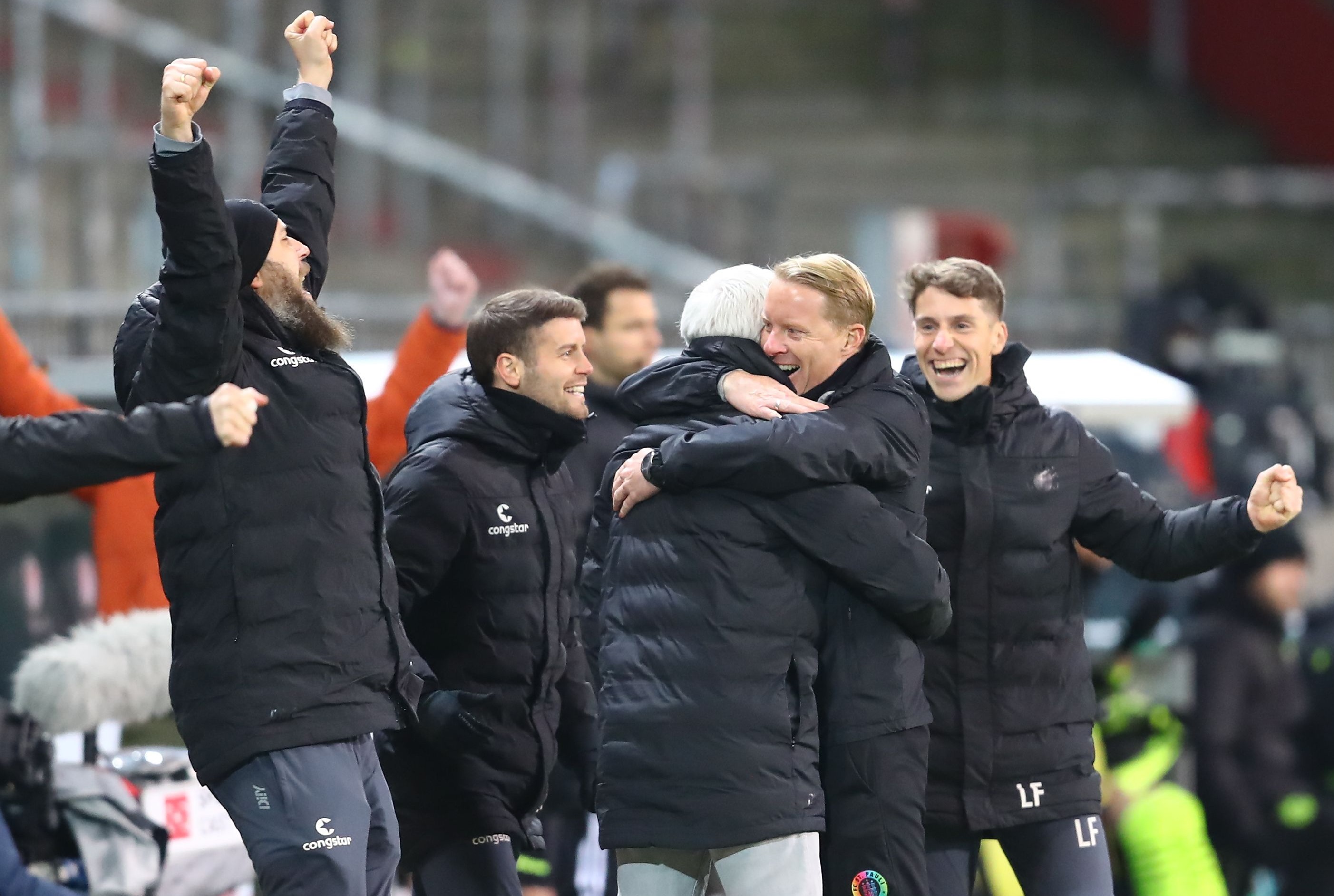 St Pauli’s momentum was lost when Jakov Medic handled in his own box, enabling Haaland to drill home a spot-kick reply on 58 minutes.

Dortmund roared forward in pursuit of a leveller.

All they could produce, though, were meek efforts from Bellingham and Donyell Malen as St Pauli held on for a famous win.

At least for Haaland it distracts talk away from his claims Dortmund are pushing him to make a decision on his future.

The second-placed Bundesligsa side hit back, saying they were ‘surprised’ by the Norwegian’s comments. 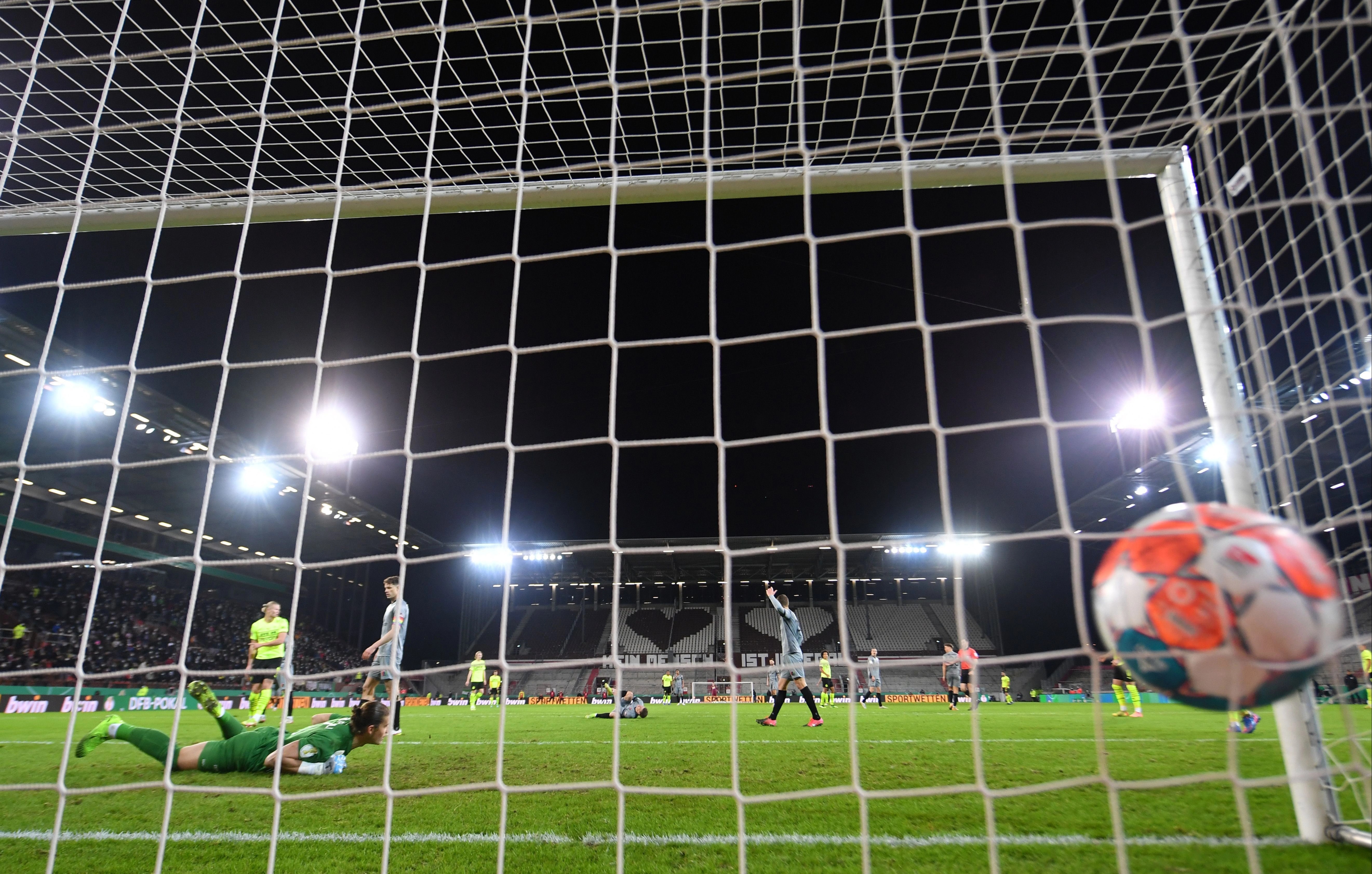 ERling Haaland smahed home a penalty but in vain as St Pauli held on to winCredit: Getty