The tough-talking boss met the Manchester United squad for the first time on Monday but has already laid out precisely what he expects from players.

Erik ten Hag wasted no time in laying out his expectation of his new playersCredit: Getty 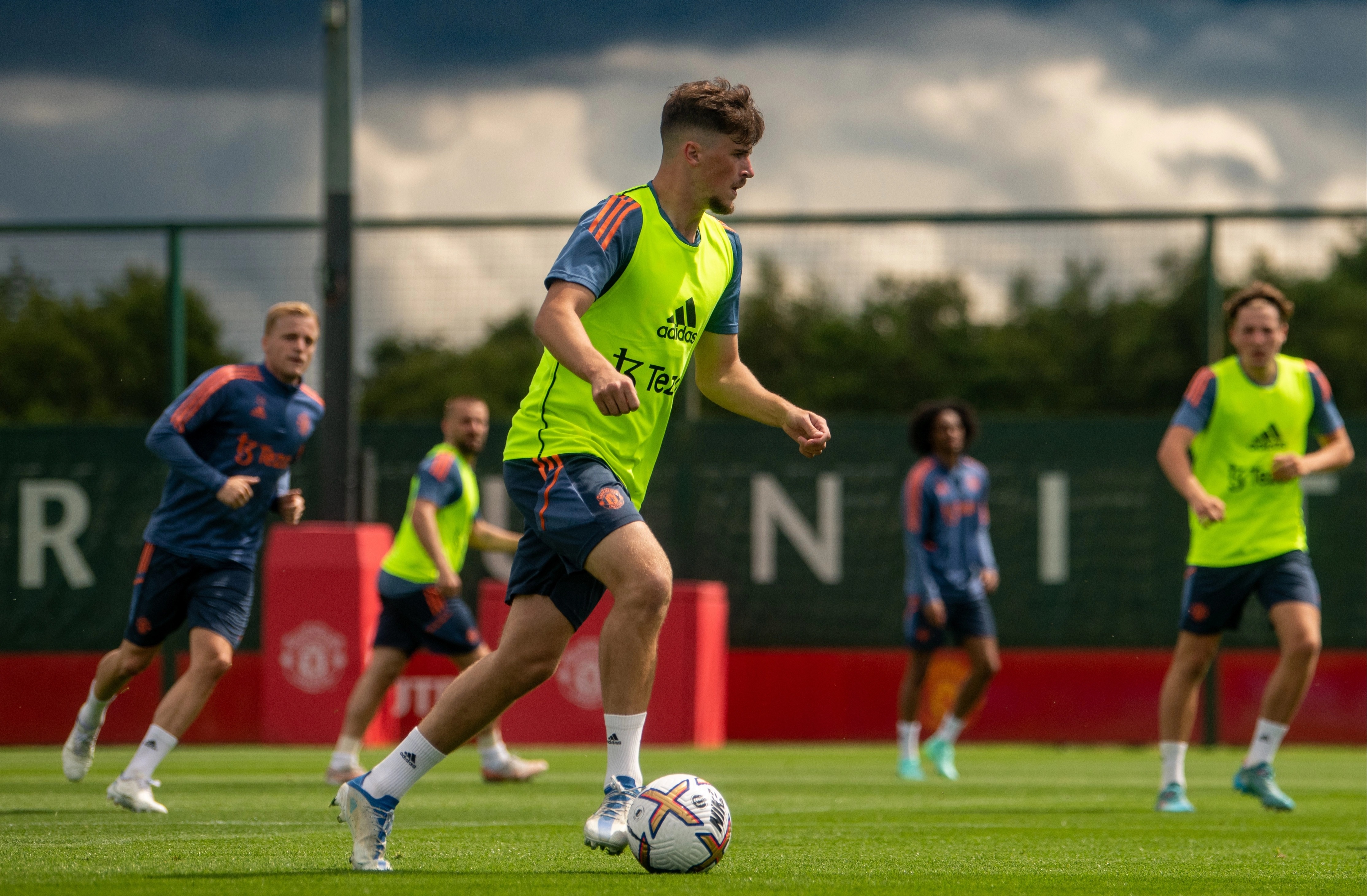 The Dutchman wants his Manchester United players to pass forwards whenever possibleCredit: Getty

Dutchman Ten Hag, along with No 2 Steve McClaren, wants a return to the attacking football of the Sir Matt Busby and Sir Alex Ferguson years to be the cornerstone of his philosophy.

The former Ajax boss has launched a crackdown on the ponderous play that infuriated United fans by putting players on the naughty step if they do not pass forwards.

A source said: “There has been a lot of attention on one- and two-touch passing drills where players must try to go forward.

“If they go sideways or backwards too often he stops the game and the player is taken off for a minute or two.”

And the likes of Marcus Rashford and Jadon Sancho later failed to buy into interim chief Ralf Rangnick’s more abrasive approach when he took over in November.

Ronaldo, who appears to be eyeing an exit for a Champions League club, Fernandes and other international stars are due at Carrington tomorrow.

But 15 or so senior players who returned last week have been impressed with the level of detail Ten Hag is providing about how he sees the game.

The source added: “It is just the start, but the players are tuned in.

“The training sessions have been tough but they are also enjoyable.

“Plenty of one-touch, two-touch, quick football and forward-thinking play.  He tells them that the best form of defence is possession.

“He wants to tire out the opponents by keeping the ball and moving it quickly.

“The quality isn’t there just yet because it’s early in the pre-season. 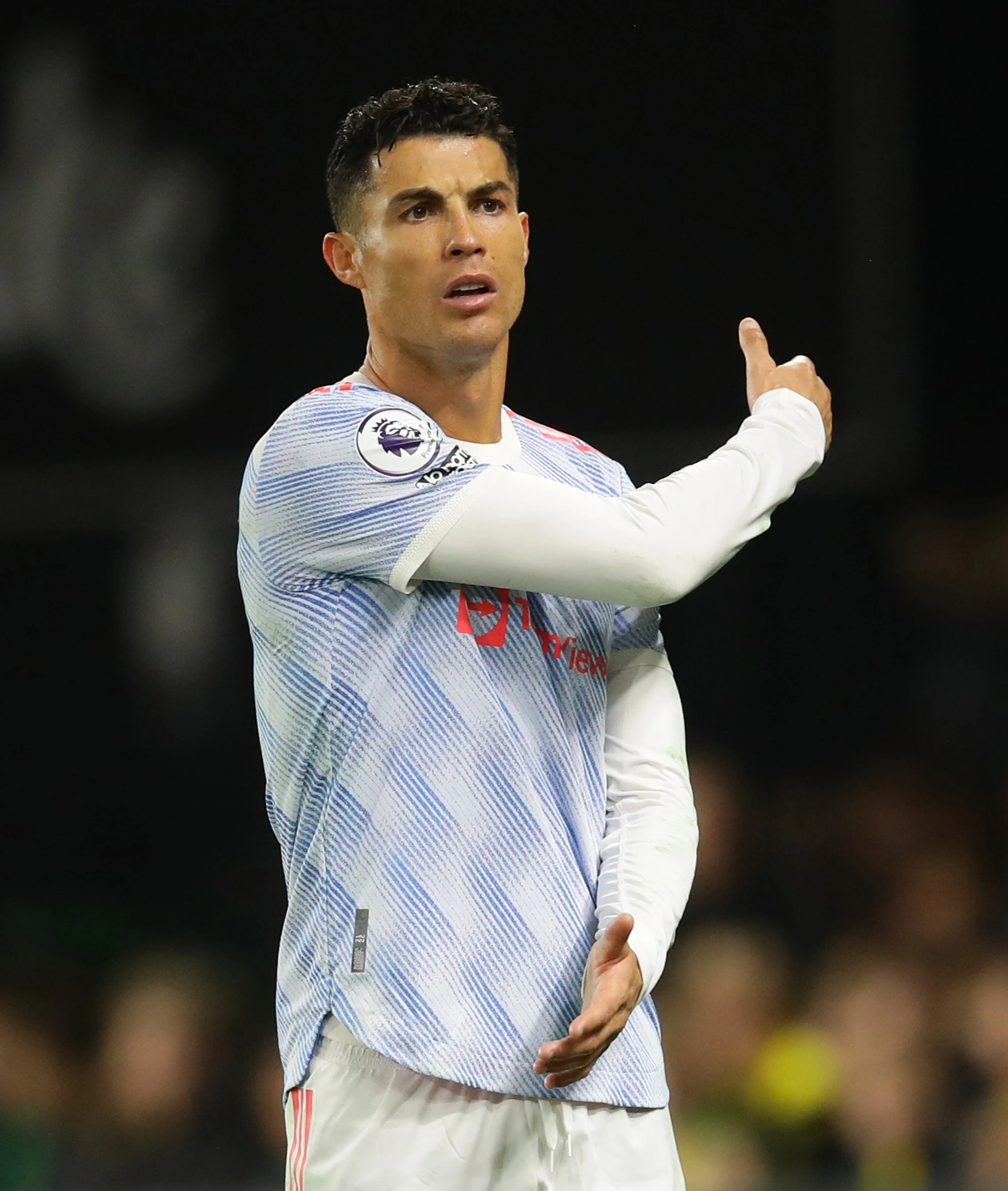 Cristiano Ronaldo’s strops will not be tolerated if he does returnCredit: Reuters 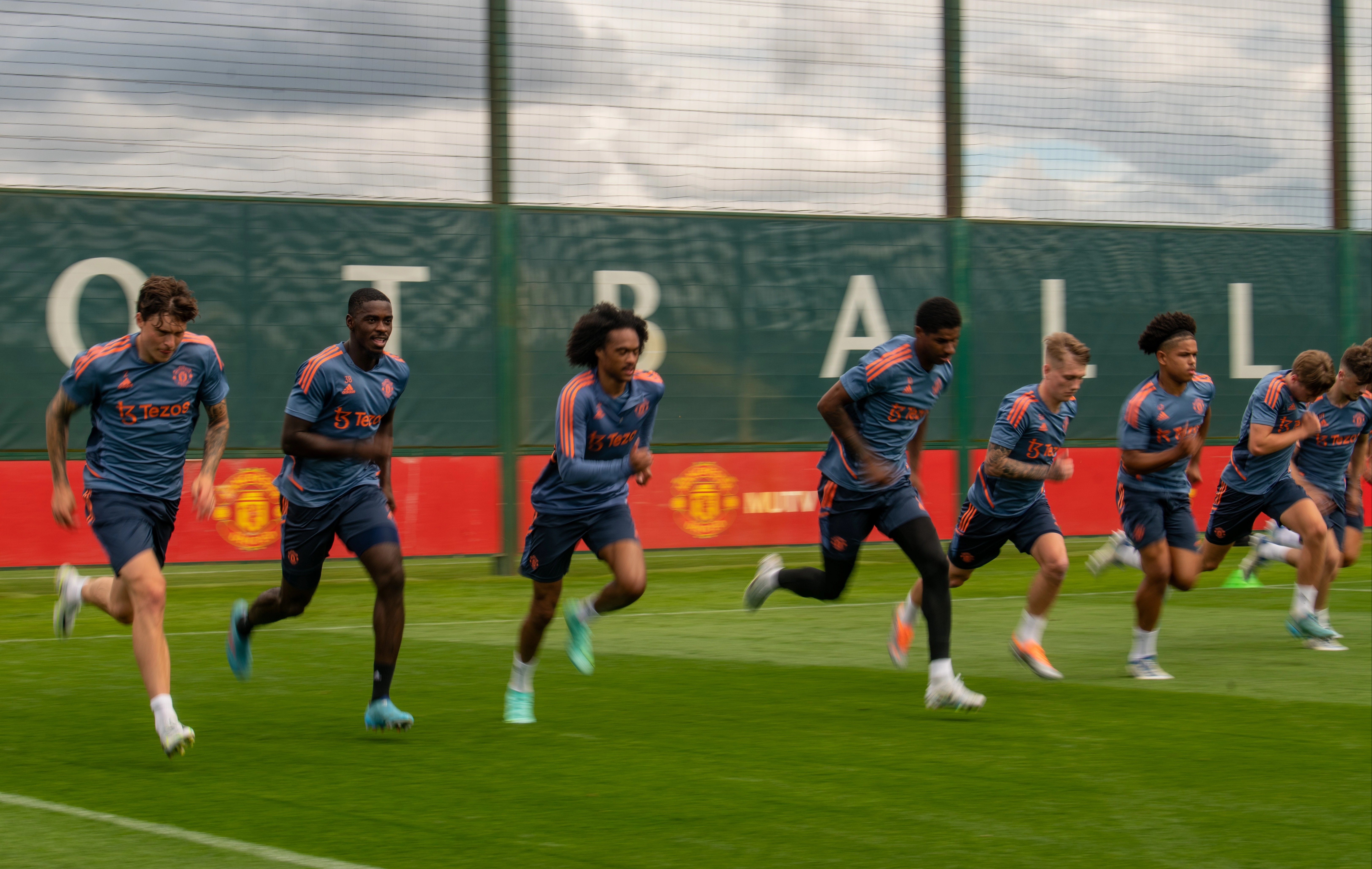 The players who have already returned are being put through their pacesCredit: Getty

“Plus, it requires a lot of practice to build up the levels of quality needed for such a strategy.

“Some players have struggled with their touch and their passes but Ten Hag and the rest of the coaching staff have been encouraging.

“Lots of the players had a really bad end to the season and then it’s tough to relax and unwind over the summer as they are frustrated.

“Some weren’t looking forward to coming back because the dressing-room mood has been bad, but that fog has lifted and they are enjoying themselves again.

“There is a spring in everyone’s step and they feel united.”

During lengthy meetings, Ten Hag has also told the squad that their body language during the latter stages of last season was unacceptable.

And that they must vastly improve fitness levels — which means taking care of themselves properly off the pitch.

He has also called for an end to dressing-room splits and to show the togetherness of previous United squads.

‘POSITIONS UP FOR GRABS’

Ten Hag plans to call on some of the brightest players from United’s academy to directly challenge established first-team players.

Some, including midfielder Zidane Iqbal, 19, who made his first-team debut against Young Boys in the Champions League last December, are understood to have already impressed him.

The source explained: “A lot of the younger players have been in the training sessions, too.

“He has been impressed with Ibqal and wonders why he has not featured more.

“Ten Hag is trying to tell the senior players that their positions are up for grabs, too.

“If they work hard, the players willing to carry out his instructions will take the first-team spots.

“Everyone has stepped up their game and it’s creating healthy competition.”

Ten Hag is using November’s World Cup in Qatar as a carrot to some of his struggling stars, with the likes of Rashford and Sancho missing from Gareth Southgate’s most recent England squad.

Another key issue identified by Ten Hag is total loyalty to the team and the coaching staff. 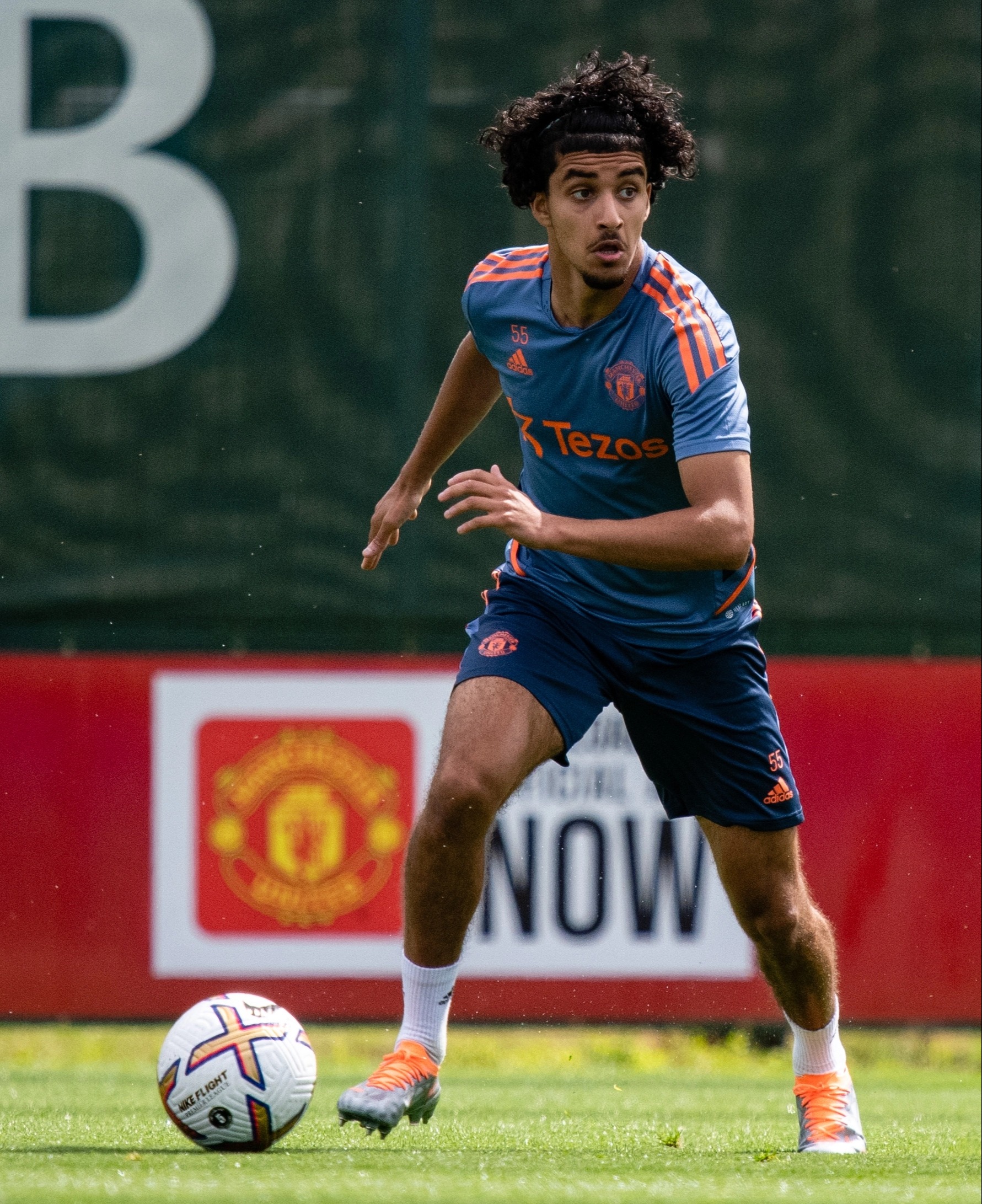 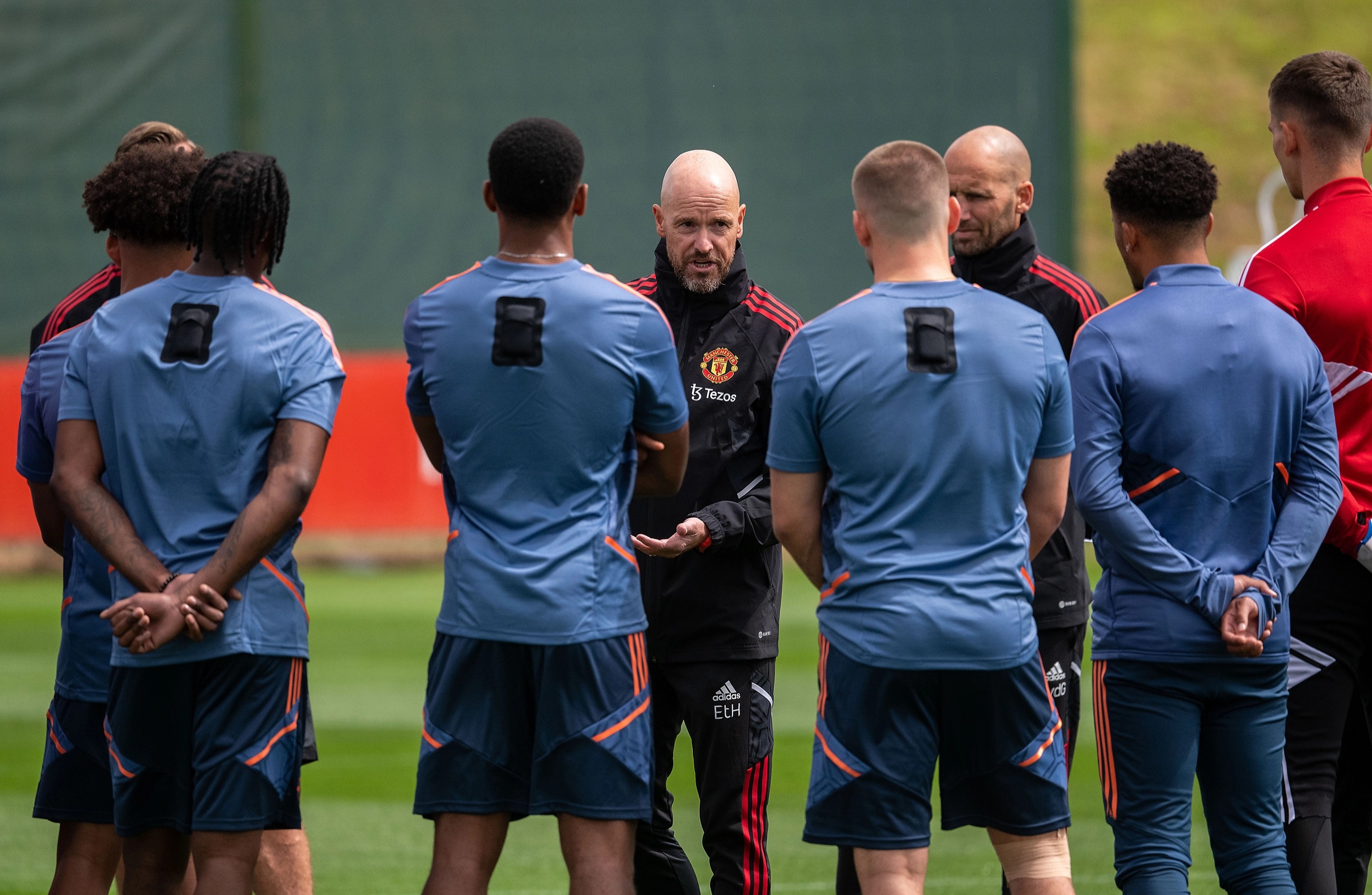 Ten Hag’s first week in charge has been a positive one for the clubCredit: Getty