THE tournament was a slow burner before England really got going. Sadly, it ended in heartbreak.

England’s seven-game journey at Euro 2020, made up of six games at Wembley and one in Rome, started in solid fashion.

Raheem Sterling got England off to a winning start against CroatiaCredit: Getty

Gareth Southgate and his team had insisted all along the only prize they wanted was the winner’s trophy.

The manner of reaching the final — to the tune of Sweet Caroline — was all very efficient. It was so very German.

All that was missing was the all- important result at the end.

It had all started positively. Southgate refused to admit it publicly but he felt there was some revenge to be had against Croatia in the opening group stage game after losing to the same nation in the semi-finals in Russia three years ago.

Southgate refused to admit it publicly but he felt there was some revenge to be had against Croatia in the opening group stage game after losing to the same nation in the semi-finals in Russia three years ago.

Raheem Sterling went into the tournament on the back of a difficult season but his 57th-minute winner was the sign of things to come.

England were decent but not spectacular. Their best player was Kalvin Phillips and keeper Jordan Pickford was barely tested by a disappointing Croatian side.

Yet there was plenty of stick flying around after the 0-0 draw with Scotland who more than deserved their point.

The lack of threat up front was a concern and Harry Kane looked to be playing at about 70 per cent. 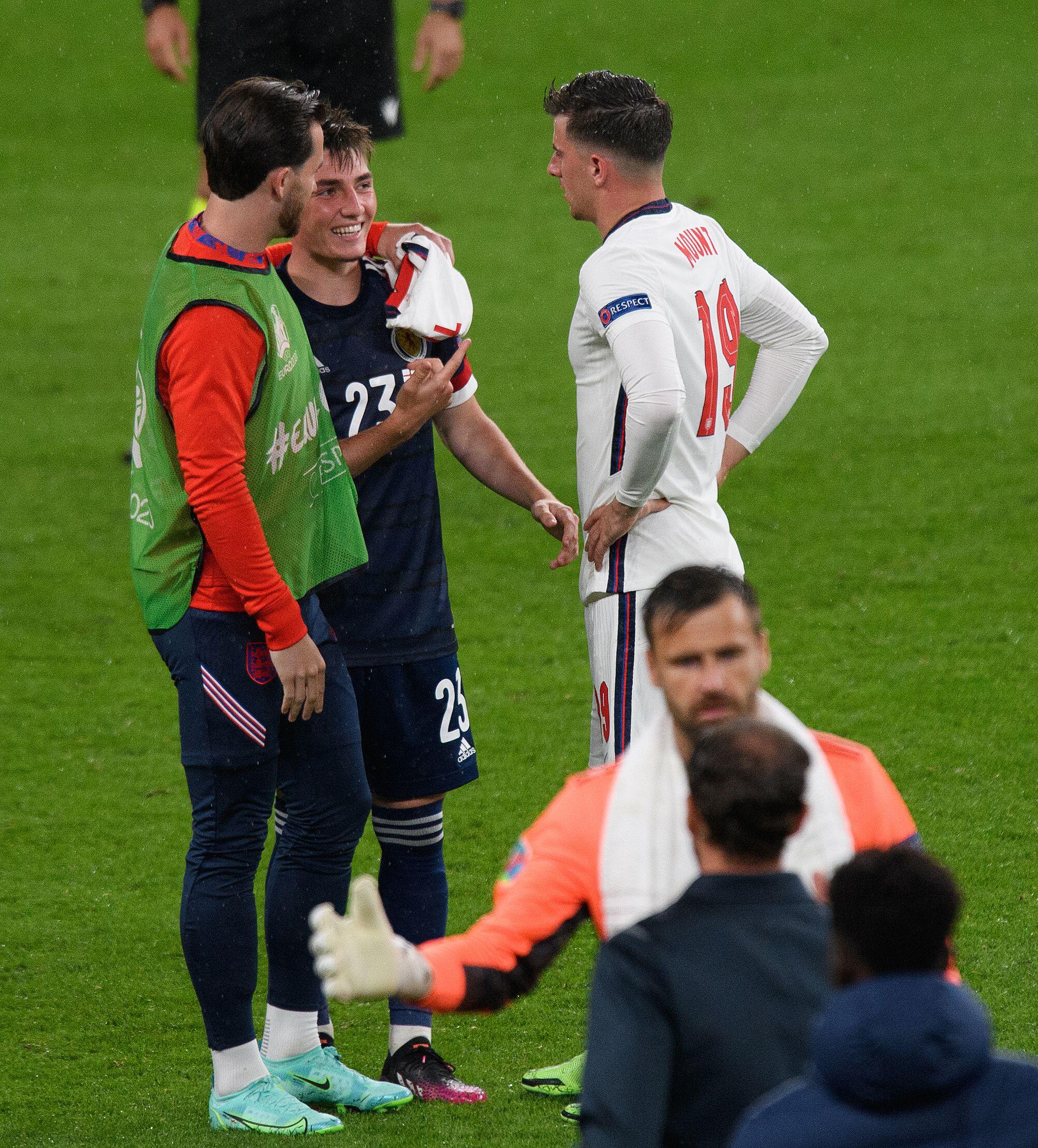 Ben Chilwell and Mason Mount had to quarantine after they chatted with Chelsea team-mate Billy Gilmour, who then was found to have contracted coronavirus

Southgate was criticised for not having an extra attacking midfielder in place of either Phillips or Declan Rice.

The Three Lions manager refused to gamble and settled for a point. Had Scotland nicked a late goal there would have been uproar and a hell of a lot of pressure ahead of the final game.

Instead, the point meant that by the time England faced Czech Republic, they had already qualified for the group stages.

Against the Czechs, many fans wanted to finish second to avoid playing a team from the group of death in the last 16. 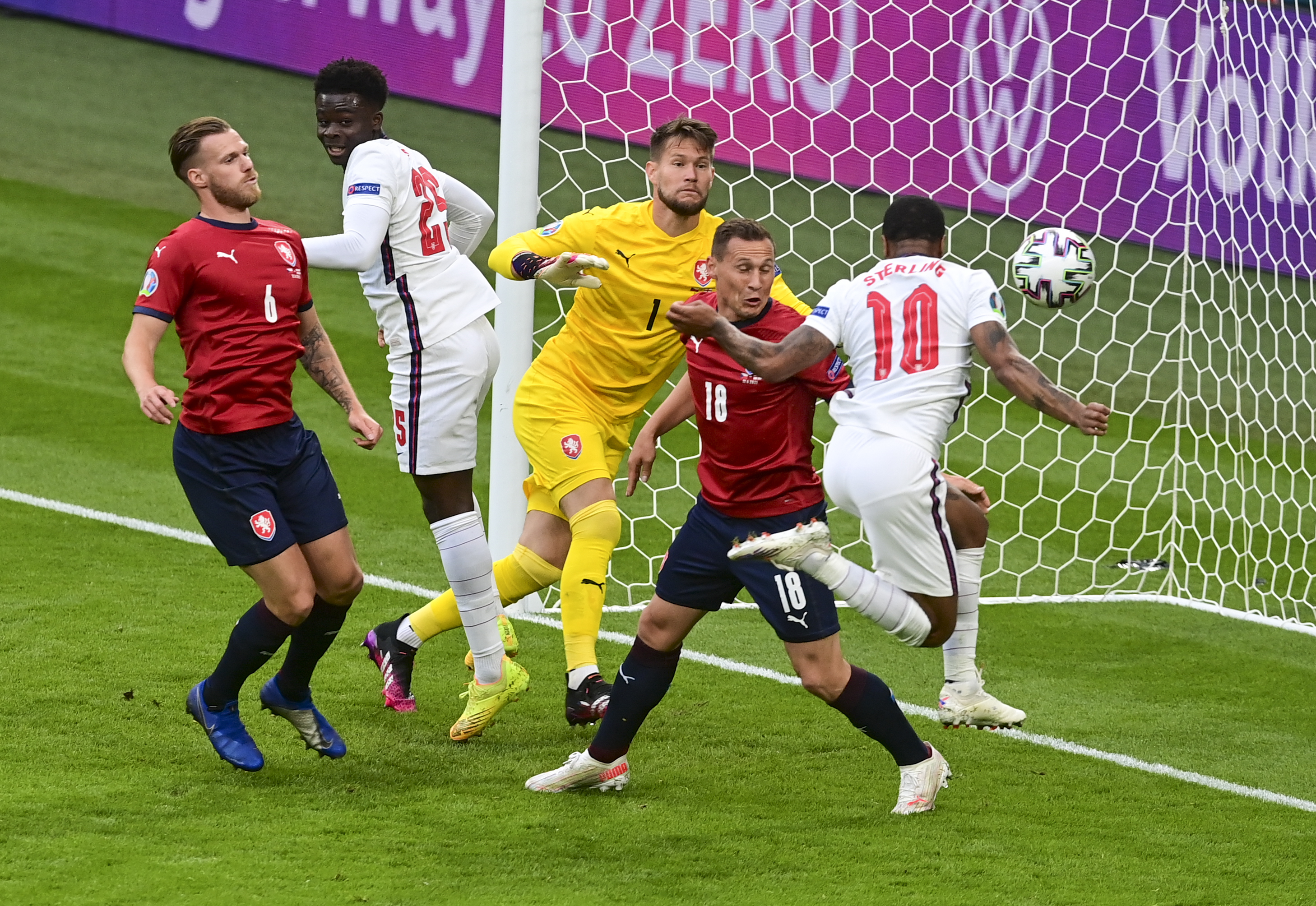 Raheem Sterling was at it again as he netted against Czech RepublicCredit: AP

But Southgate was determined to finish top of the group — although he was not helped by Mason Mount and Ben Chilwell being forced to self- isolate after being close contacts of Scotland’s Billy Gilmour.

Sterling’s 12th-minute strike was enough. After a bright start, the game against the Czechs turned into a slog and the one major bonus was Harry Maguire returning from his ankle injury.

And so it would be Germany in the last 16. You felt the Euros in this country were finally taking off.

For those supporters lucky to get a ticket, the 2-0 win was an ‘I was there’ moment. 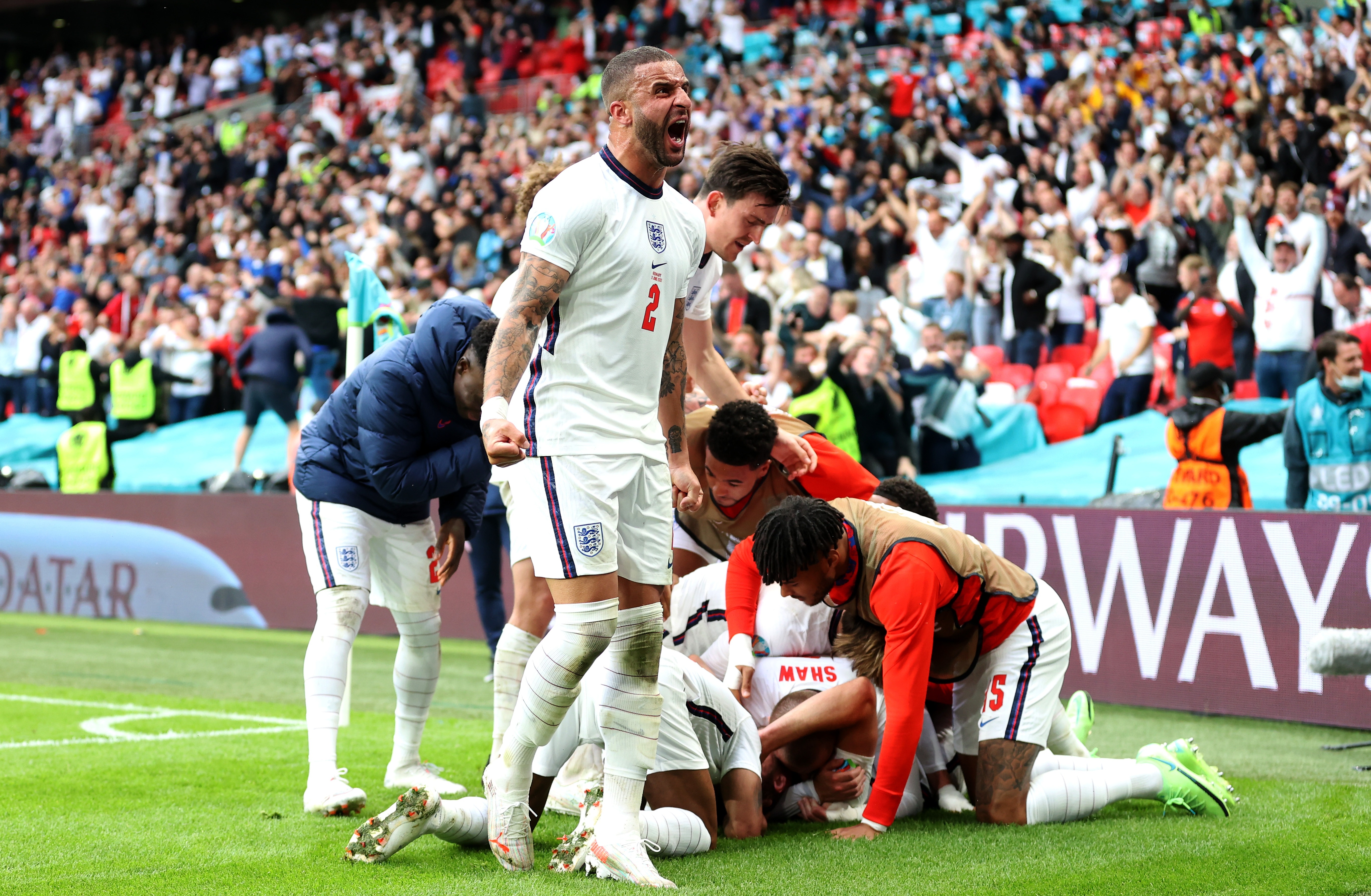 Harry Kane is mobbed after he netted against Germany to win the Last 16 tieCredit: Getty

The win was the first major iconic moment at the stadium with over 40,000 fans celebrating wildly.

Sterling became the first player since Gary Lineker in 1986 to score England’s first three goals at a major competition.

There was also lift-off for captain Kane, who struck his first tournament goal.

Pickford made a couple of crucial saves. Maguire was immense at the back and Jack Grealish made a difference when replacing Bukayo Saka.

England went to Rome for the quarter-finals against Ukraine oozing with confidence and Southgate’s team had too much quality for their opponents.

Kane struck twice, Maguire headed another but the best sight of the night was Jordan Henderson celebrating his first England goal on his 62nd appearance.

The semi-final against Denmark was a tense affair but the better team won.

England were also forced to come from behind and Sterling won a soft penalty for Kane to score the winner from a rebound after his poor spot-kick was saved. 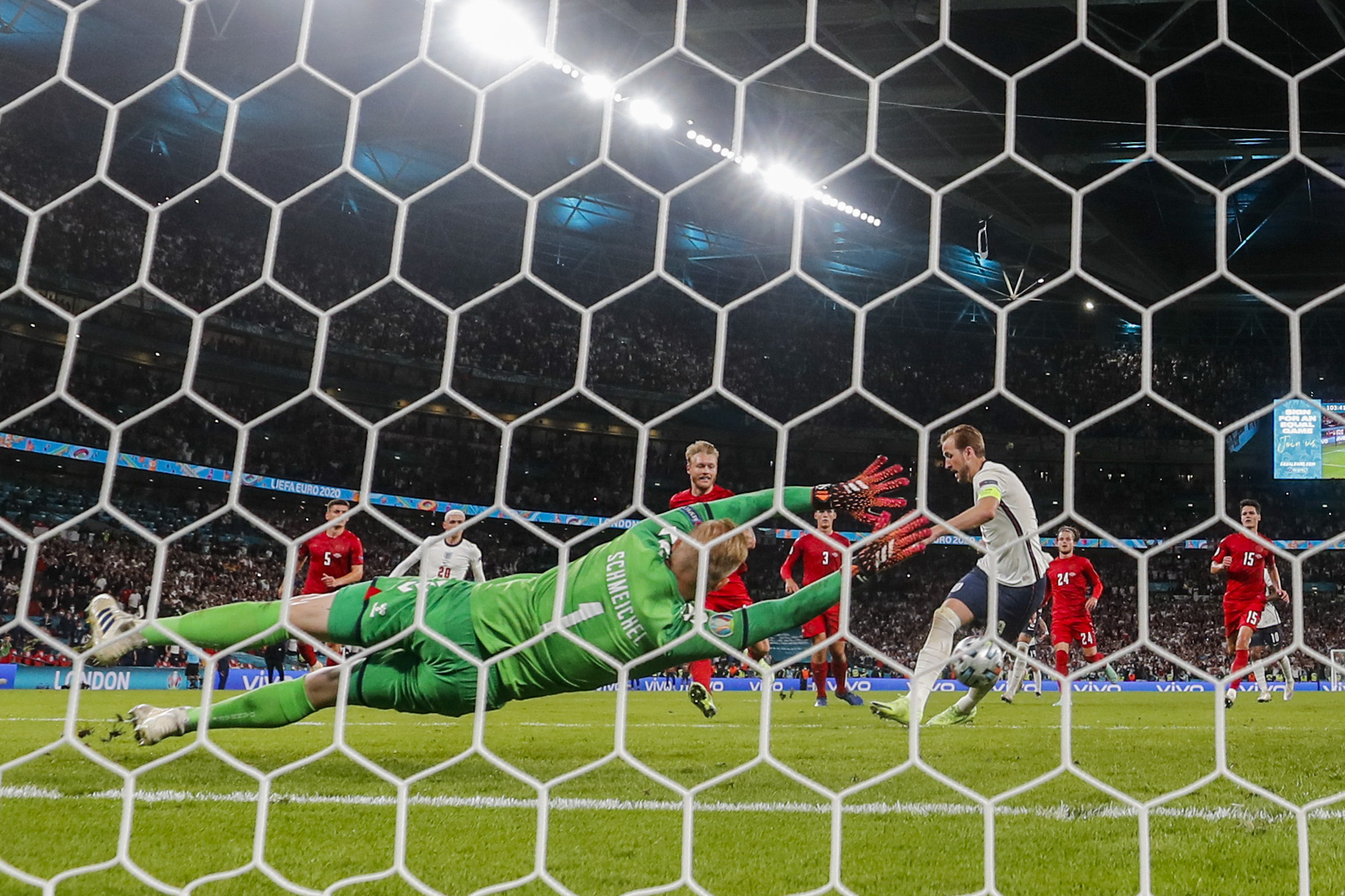 Harry Kane saw his penalty saved – but he netted the rebound that proved to be the winnerCredit: AP 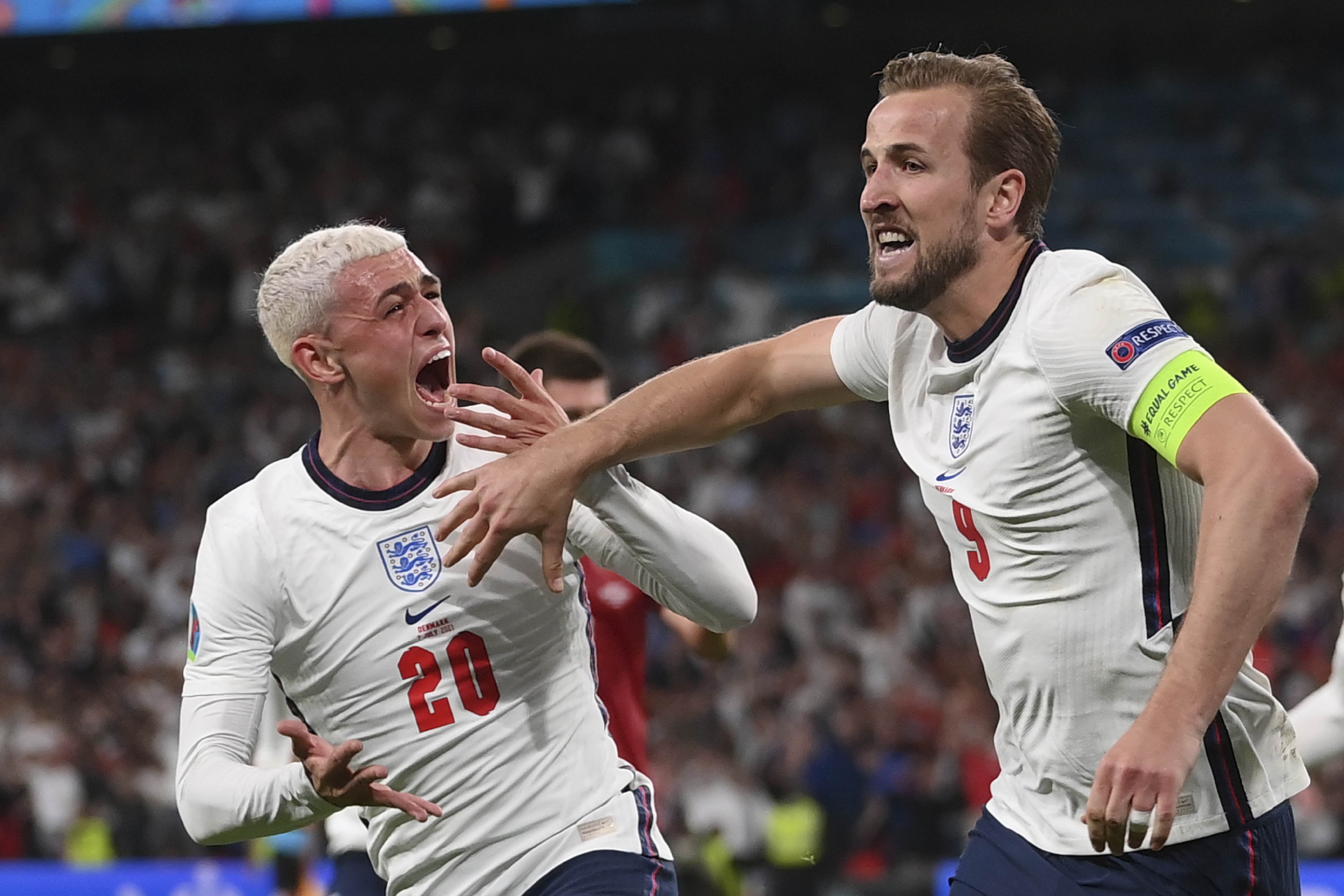 England’s captain was chased to celebrate by an emotional Phil FodenCredit: AP

But VAR failed to spot that Mikkel Damsgaard’s free-kick for 1-0 should have been disallowed because Danish players moved within one metre of the England wall just before the set-piece.

But after Simon Kjaer’s own goal levelled for England, Southgate’s team took control and looked much fresher.

And the night was topped off by Southgate and his men singing Sweet Caroline with the England supporters. 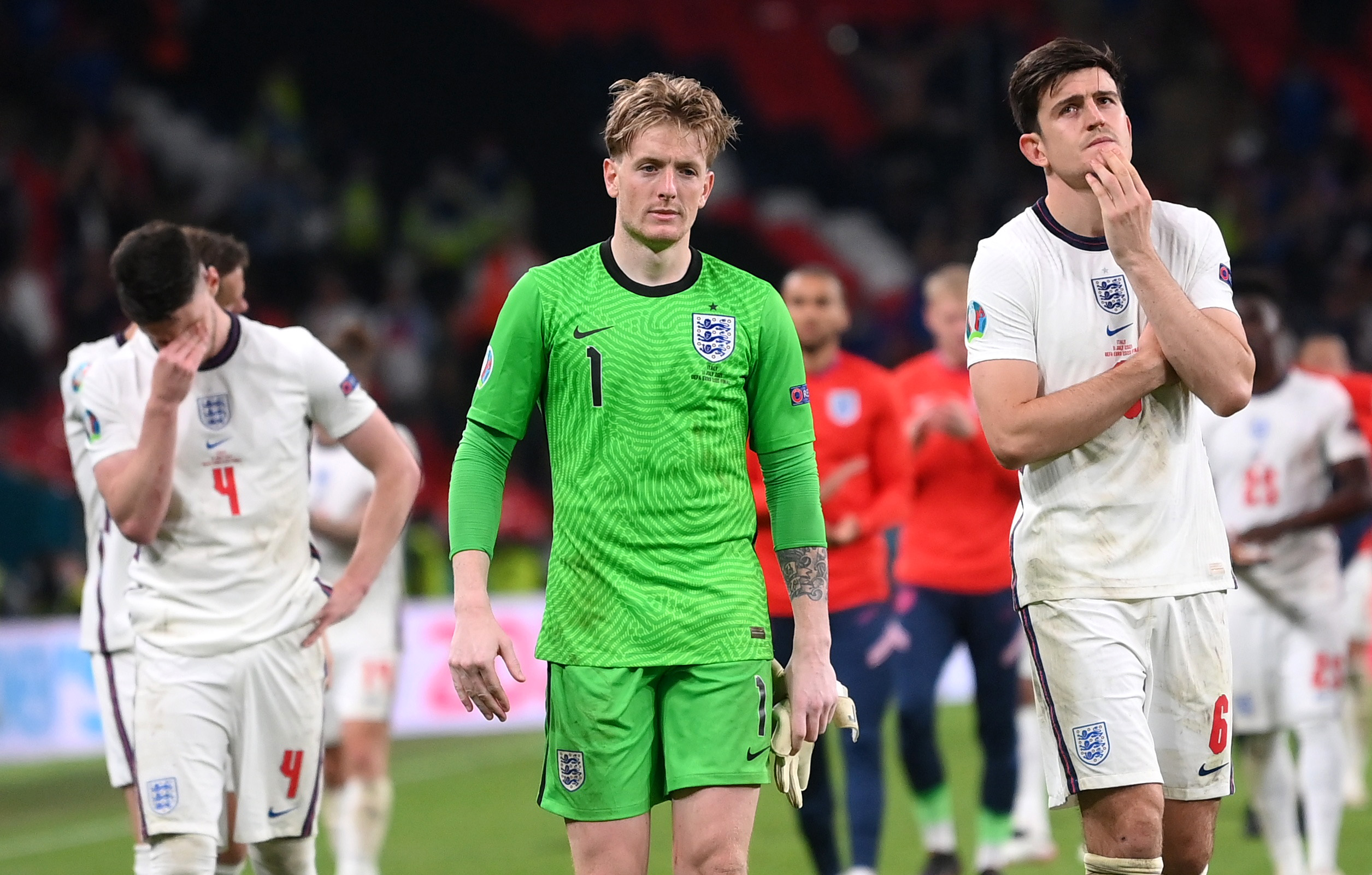 England were left devastated losing the final to Italy on penaltiesCredit: Reuters

Then the final against Italy last night.

The biggest night for 55 years and although the result was not the right one, England’s fans will look back on these seven matches with a host of memories.