ENGLAND managed to score more than 200 for the first time in six innings but they produced another miserable batting performance in the Fourth Test.

Only Ben Stokes reached fifty in the best batting conditions since the opening match of the series. Nobody can blame the pitch this time. 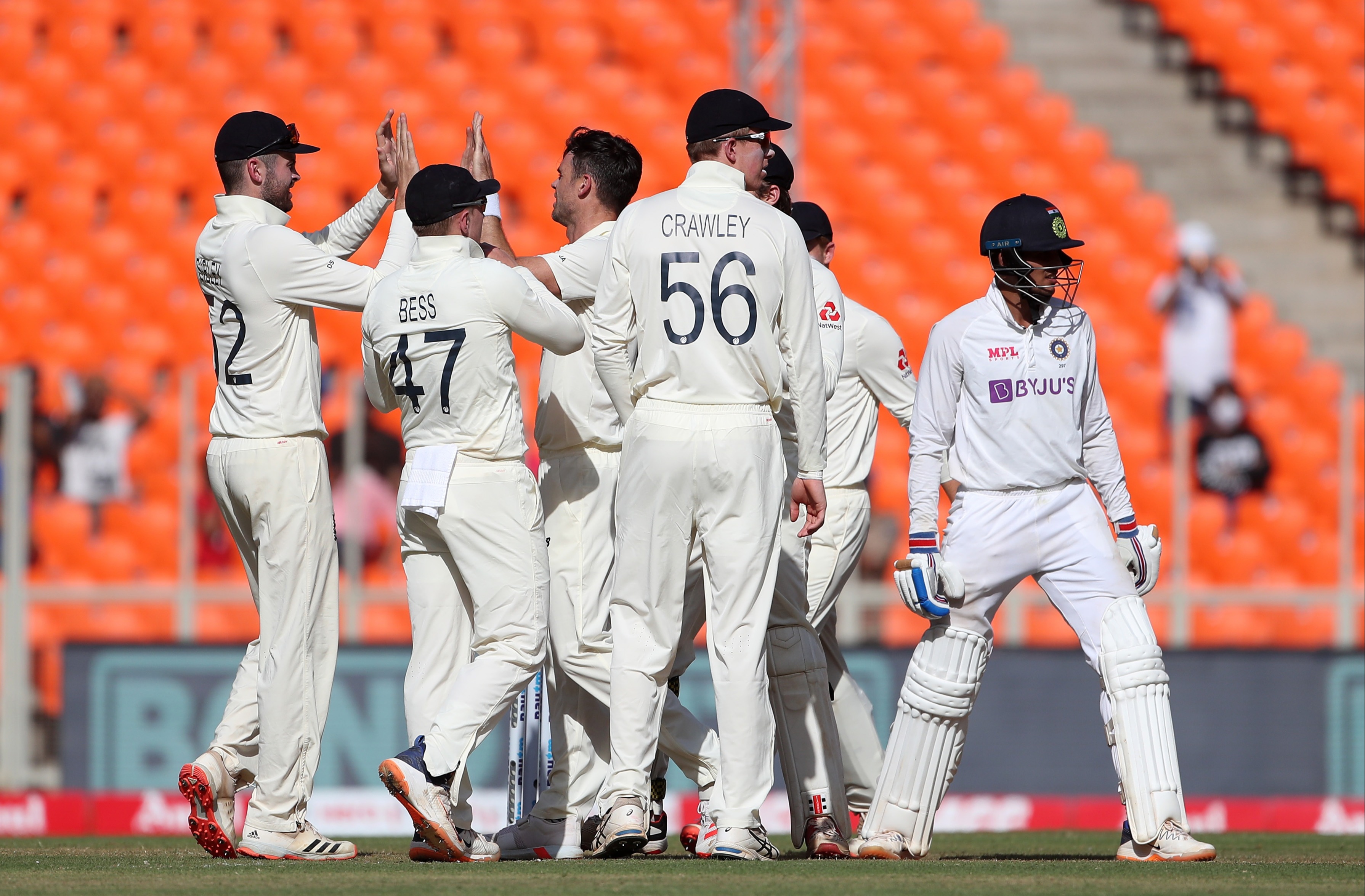 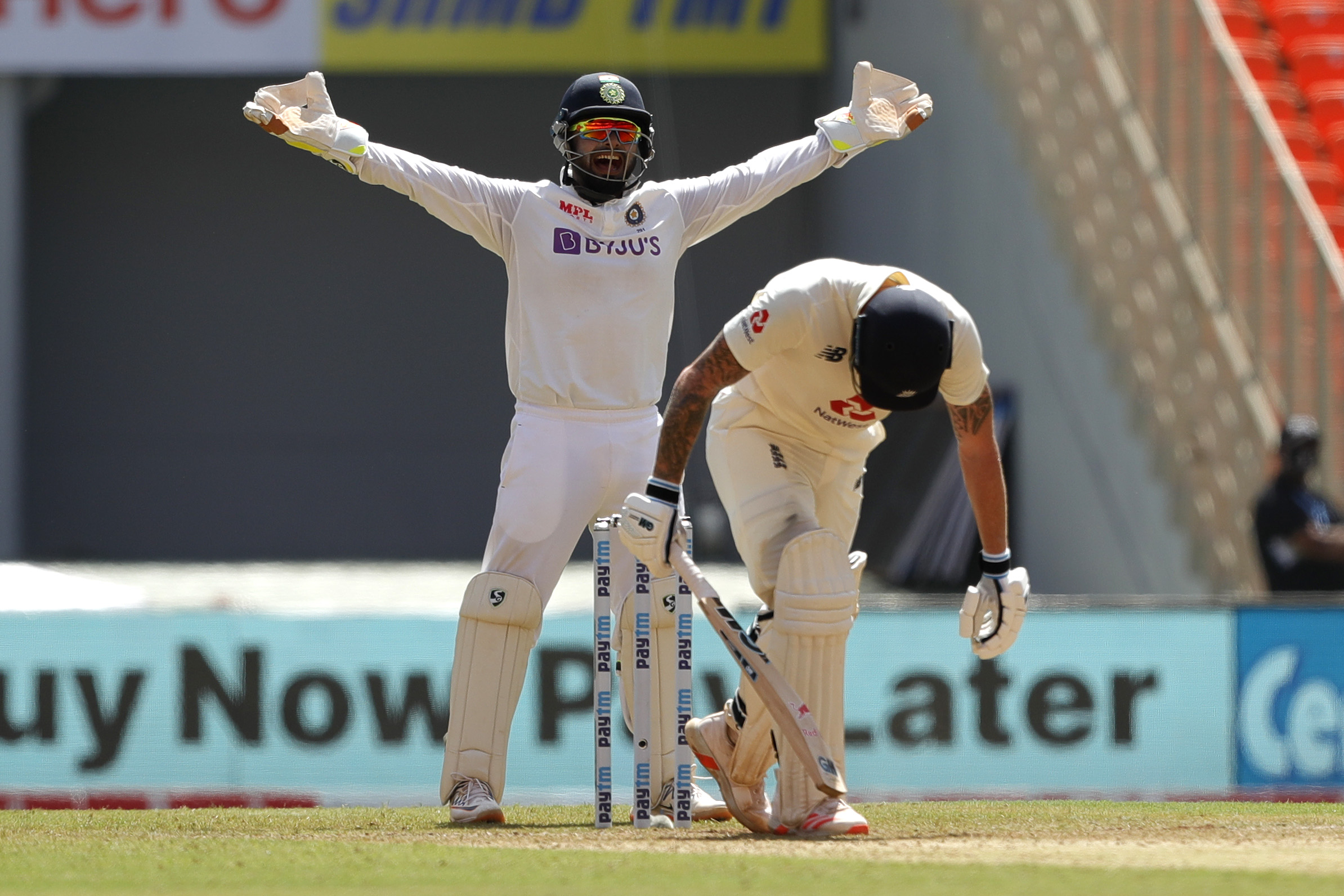 Joe Root was out for just five and, in the pattern of this tour, when Root fails, then England fail.

They were dismissed for 205 on day one after packing their team with batting and winning the toss.

By the close, India had reached 24-1. Jimmy Anderson had Shubman Gill lbw with his third ball and his opening spell brought figures of 5-5-0-1.

Once again, India’s spinners did most of the damage and captured eight of the ten wickets.

But quick bowler Mohammed Siraj also caused plenty of problems with his swing, seam and smartness.

It was Siraj who took the crucial wicket of Root – nailed lbw by an inswinger after several balls that had shaped away from the England captain.

Most of the time, England’s batsmen looked jumpy against the spin bowlers although, for the first couple of sessions, the ball hardly turned.

But, as we have seen so regularly in this series, the non-turning slow ball is a big wicket-taker for India.

There were successive partnerships of 48, 43 and 45 in England’s middle-order but none was able to go on to anything substantial or match-defining.

As former captain Sir Andrew Strauss said on Channel 4: “Let’s not hide away from the truth – England’s batting in these conditions is not good enough.

“You can think of all sorts of excuses around pitches and balls and inexperience but, if you want to win in India, you’ve got to find a way of scoring first innings runs.”

England selected an unusual-looking XI with Dan Lawrence restored to the team to bat at No.7 and only three specialist bowlers in Jack Leach, Jimmy Anderson and the recalled Dom Bess.

Jofra Archer was not considered because his chronic elbow injury flared up again and he must be a doubt for the white ball matches that follow the Tests and also the Indian Premier League beginning in April.

The warnings were there for England from the second delivery of the match. 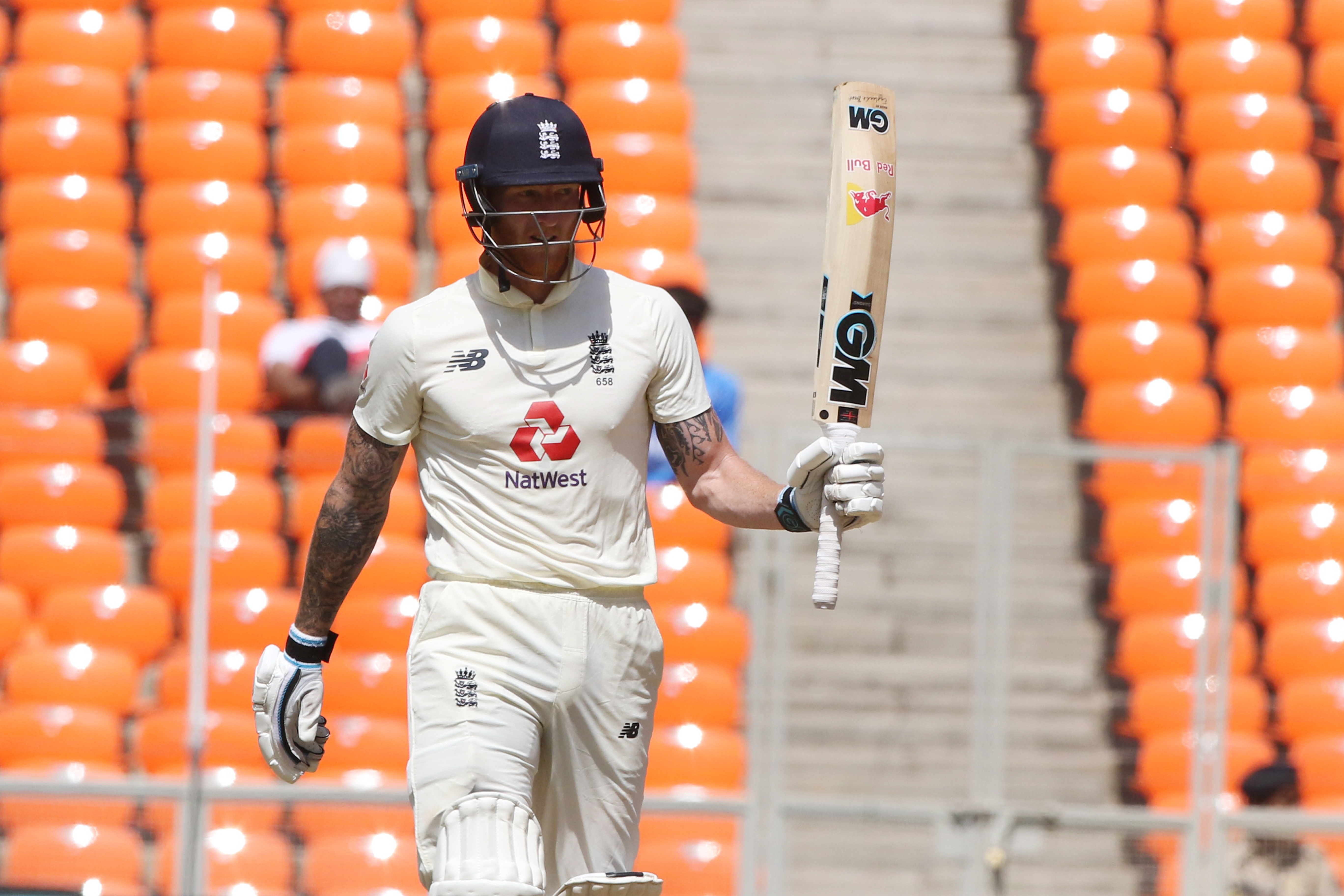 Ben Stokes pictured during day one of the fourth test matchCredit: BCCI

Zak Crawley was struck on the pad by Ishant Sharma, India reviewed the not out decision but the ball was going over the stumps.

It wasn’t long before wickets started falling, however.

Dom Sibley was bowled via the inside edge by Axar Patel’s non-turning second ball. Crawley then tried to hit Axar over the top but mis-cued to mid-off – an exact repeat of his dismissal in the First Test in Sri Lanka in January.

Then Root was leg before to Siraj from the first ball after drinks.

Stokes and Indian skipper Virat Kohli became embroiled in an animated discussion, perhaps after Stokes and Siraj had exchanged words and stares.

Stokes’ response was to take three boundaries off Siraj’s next over.

Stokes hit sixes off Ravi Ashwin and Washington Sundar and reached fifty with a reverse sweep for four.

But then he was leg before to Sundar to a ball that didn’t turn and sneaked past his inside edge. 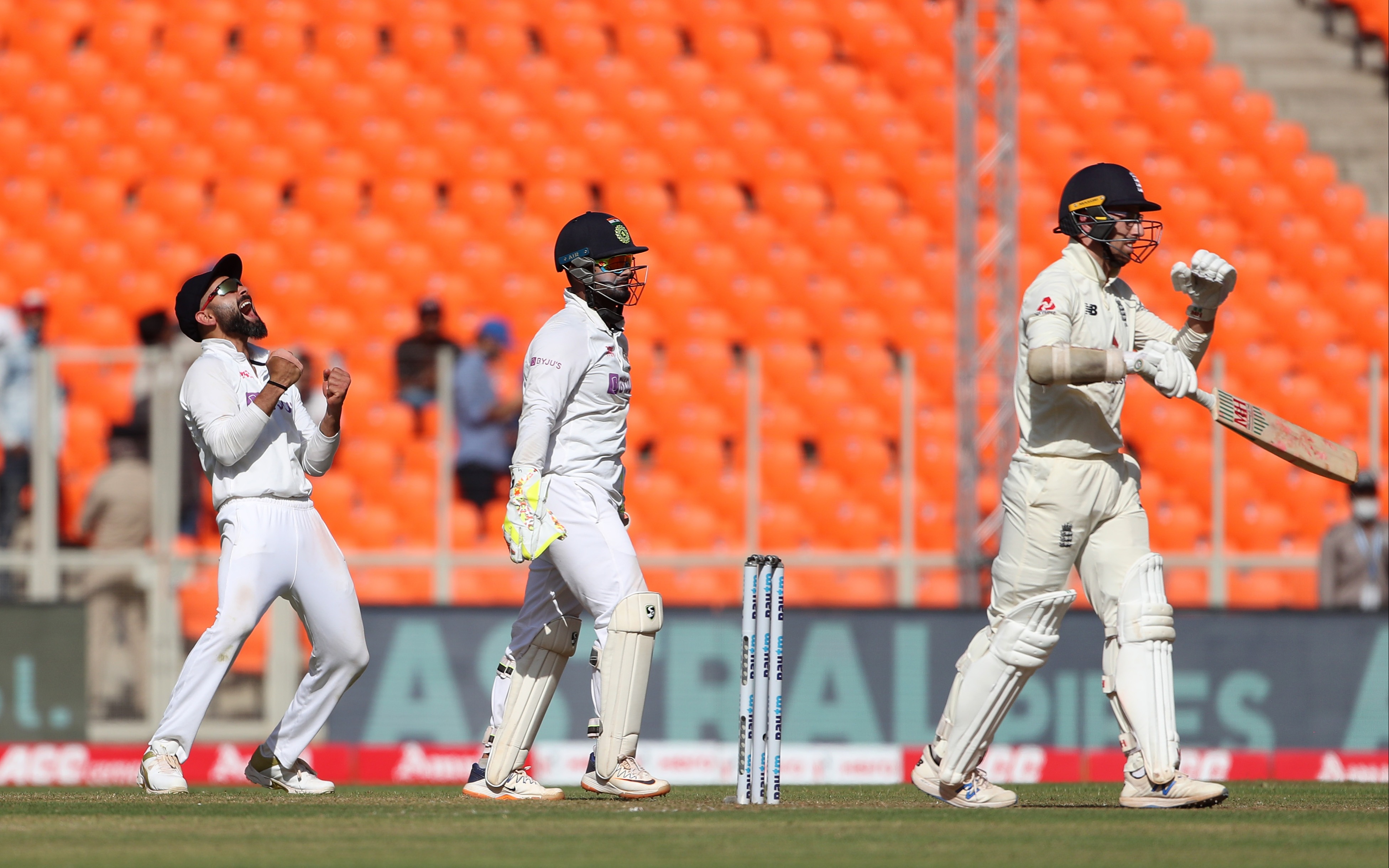 Ollie Pope was watchful and patient but ultimately unlucky.

He made 29 in 33 overs before somehow contriving to inside edge the ball between his legs and onto the flap of his back pad – and into short leg’s hands.

Ben Foakes edged to slip and then Lawrence, who batted with as much freedom as anybody, charged down the track to Axar, missed and was stumped.

A bit of a brain fade but Lawrence showed some promise in his innings of 46. It just wasn’t enough.

Bess and Leach were both lbw to straight balls and England knew they would have to perform brilliantly with the ball to retain a hope of levelling the series.