LUKE SHAW swigged from a disguised drink at Wembley in a new twist to the saga over Euro 2020 sponsorship rules.

The left-back’s can was totally wrapped up, blocking out the brand name, as he hydrated before the final group game against the Czech Republic. 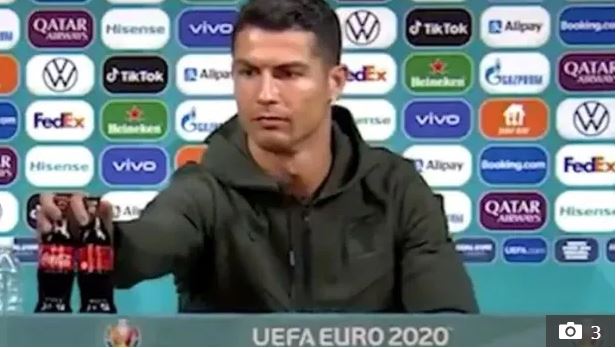 Cristiano Ronaldo was first to cause controversy, removing two bottles 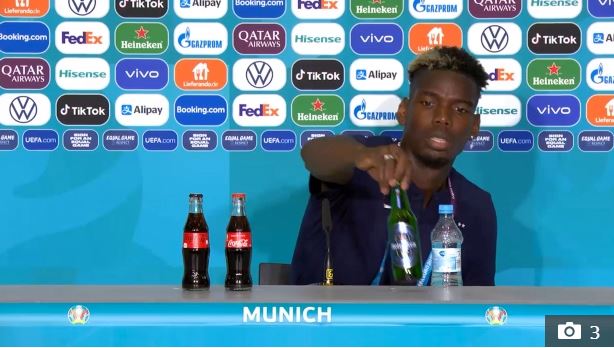 Superstars Cristiano Ronaldo and Paul Pogba had already put the rules under the spotlight by taking sponsors’ drinks off the table at press conferences.

And Shaw had his own take on it ahead of a match England won 1-0 – taking them to the top of Group D – and setting up a horror clash in the last-16, with France, Germany or Portugal all potential opponents.

Raheem Sterling headed home the winner, after some excellent play in the build-up by Bukayo Saka and Jack Grealish.

Uefa hit back at the actions of Portugal legend Ronaldo and France’s Manchester United midfielder Pogba by warning players NOT to block the products of sponsors.

Juventus frontman Ronaldo launched the trend by moving a pair of Coca-Cola bottles out of the way.

He then told the cameras to ‘drink water’ instead of the popular fizzy drink.

Uefa responded by saying: “Players are offered water, alongside Coca-Cola and Coca-Cola Zero Sugar, on arrival at our press conferences.”

Devout Muslim Pogba followed Ron’s visual message with one of his own, removing a Heineken beer bottle in front of the media.

Europe’s football chiefs responded to the controversy with a hard-hitting statement.

They said: “Uefa has reminded participating teams that partnerships are integral to the delivery of the tournament and to ensuring the development of football across Europe, including for youth and women.”

But Pogba’s decision, in particular, appeared to draw support on social media.

One fan posted: “Putting an alcoholic beverage in front of a Muslim is straight disrespect… You can’t blame Pogba here.”

Another tweeted: “He’s a Muslim. Why put beer in front of him? Sponsors must be rational.”