BEN STOKES and Jonny Bairstow produced one of England’s most savage spells of six-hitting in the second one-dayer.

The pair tore into India’s bowling so destructively that they shared nine sixes in one five-over spell. 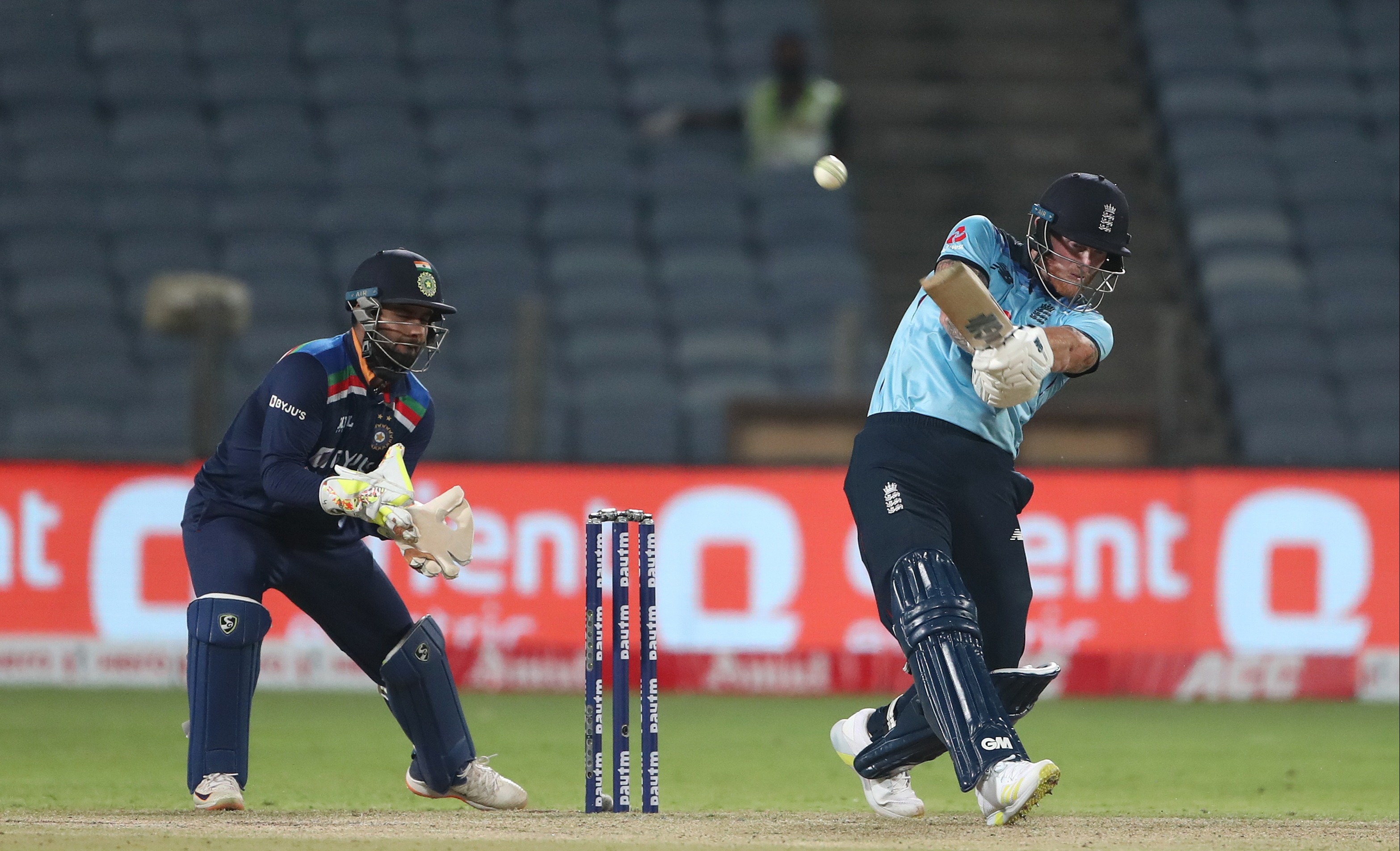 Ben Stokes hit ten sixes in his 99 as England cruised to victory in the second ODI against India with six and a half overs to spareCredit: Getty 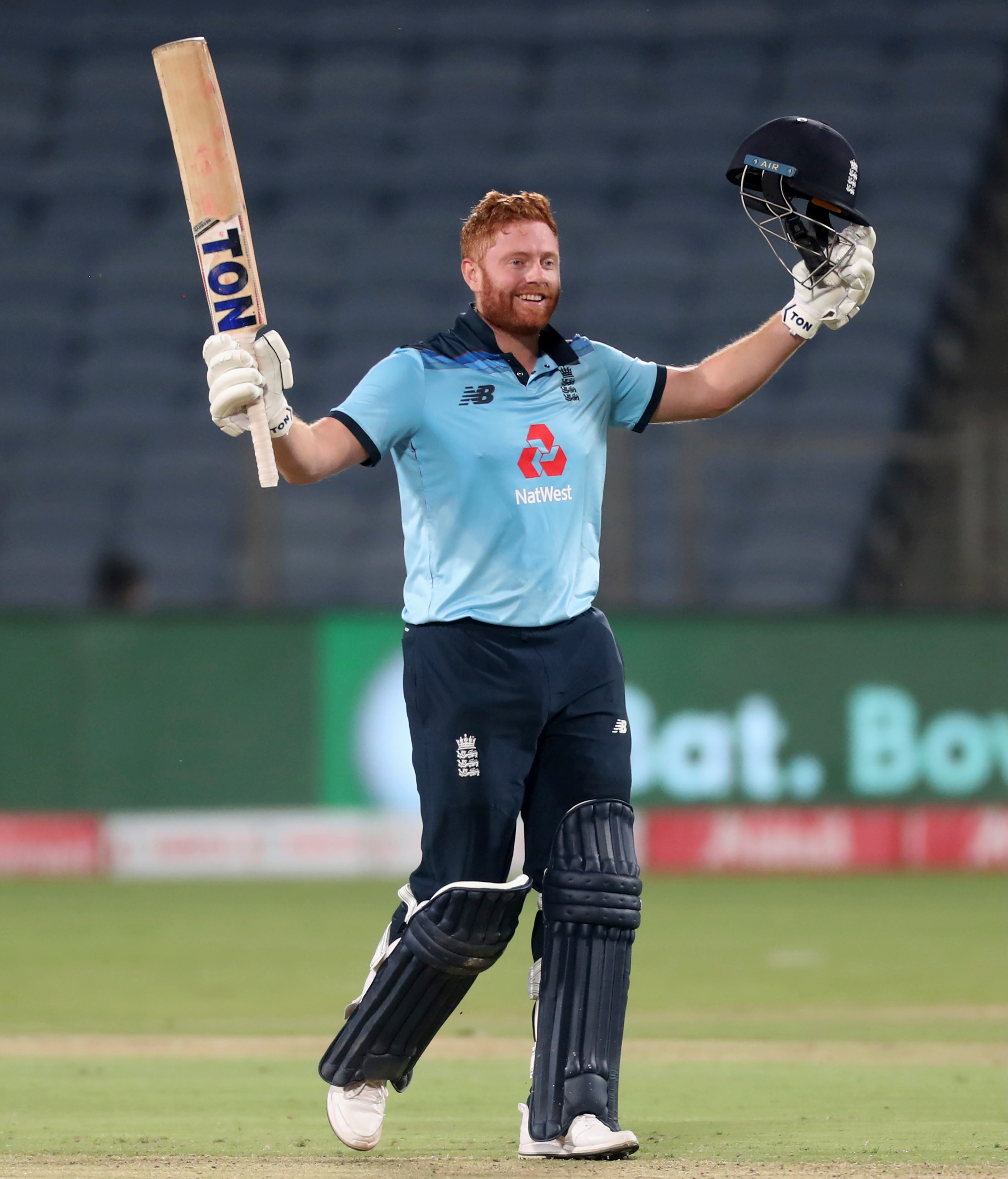 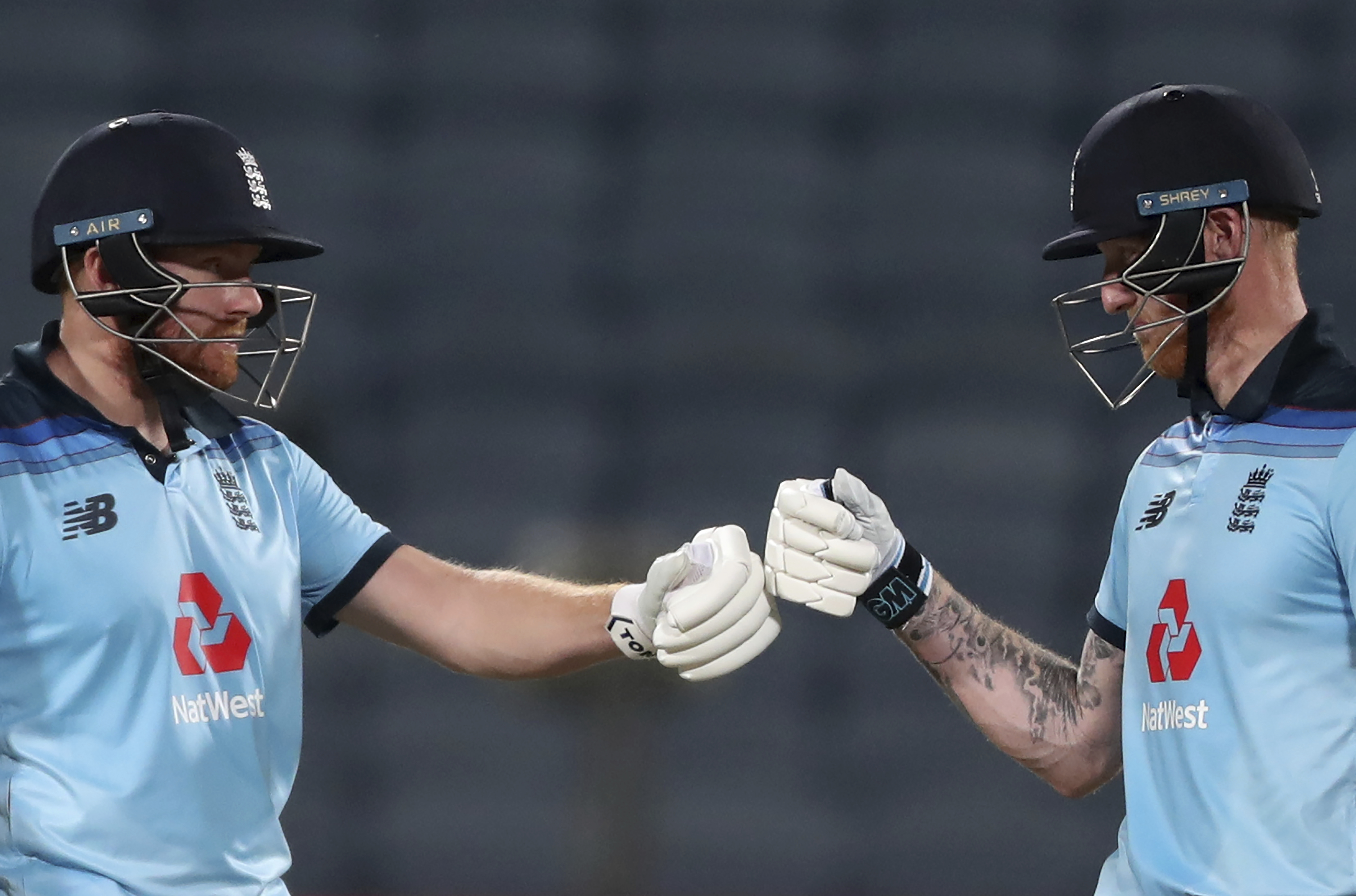 Stokes finished with ten sixes and Bairstow launched the ball over the boundary on seven occasions.

Their stand produced 175 runs in just 117 balls and, despite a wobble in which Stokes, Bairstow and Jos Buttler were dismissed in the space of 15 balls, England cruised to series-levelling victory by six wickets with 6.3 overs to spare.

They made mincemeat of their target of 337 to win.

It was reminiscent of the epic stand between Stokes and Bairstow in the Test against South Africa in Cape Town in January 2016 when they put on 399 at better than a run-a-ball.

But then, to the 52nd ball he faced, he attempted a hook shot against Bhuvneshwar Kumar and was caught behind. He was one short of the fastest ODI century for England by anyone other than Buttler.

Stokes, who was close to being run out for 32 before the third umpire ruled in his favour, revealed that he messaged Joe Root the other day for advice on how to bat at No.3.

Root told him to be himself – rather than try to copy how Root bats.

And Stokes took him at his word because it’s fair to say Root hasn’t struck ten sixes in an innings too often! 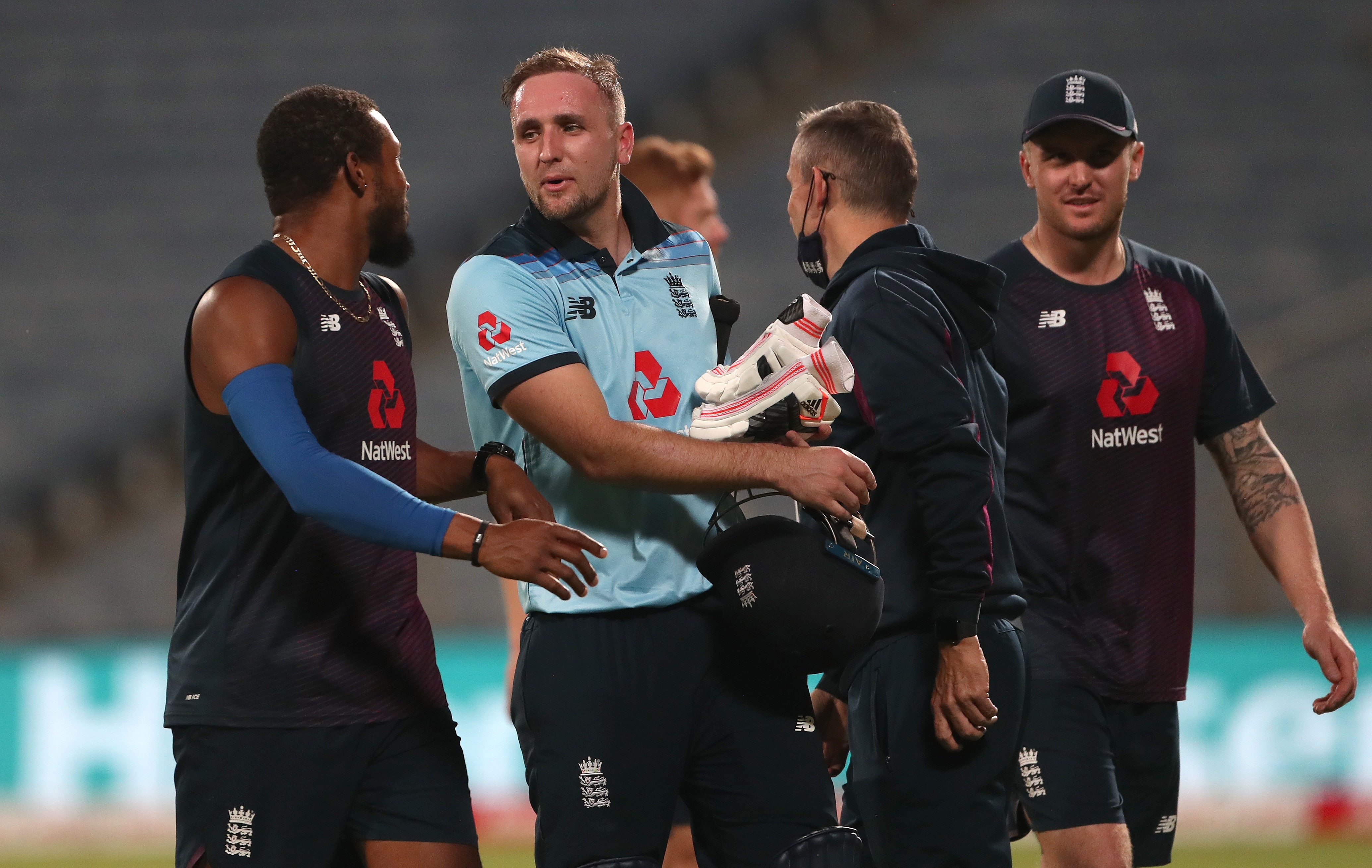 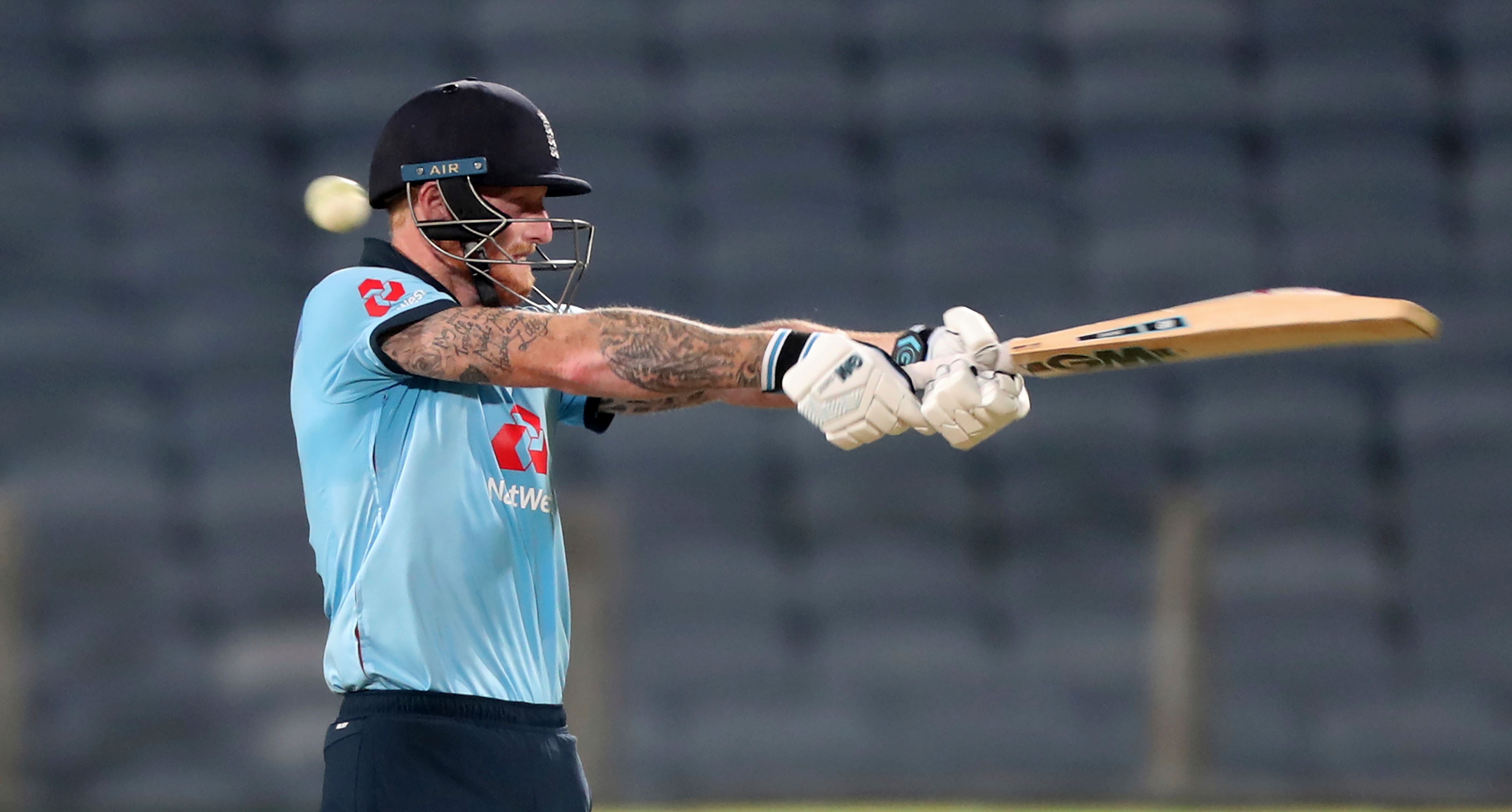 Ben Stokes was again a big-hitting hero for the touristsCredit: AP

Bairstow drove to cover in the next over and was out for 124 from 112 balls. It followed an innings of 94 from 66 deliveries from Bairstow in the previous match.

After his problems in the Test series – he made three ducks in four innings – Bairstow is loving being back at the top of the order in the 50-over format.

After losing those three quick wickets, Liam Livingstone marched to the middle on his ODI debut and hit a couple more sixes.

That took England’s total sixes to 20 and 34 in the match.

Earlier, Virat Kohli made another half-century – his fourth in five innings – but has now failed to convert any of his last 17 international fifties into three-figure scores.

Kohli has always been the king of conversions and this blip will no doubt be bugging him.

Rishabh Pant blazed his way to 77 from 40 balls – including seven sixes – which in normal circumstances would have been a match-winning contribution.

But it looked almost pedestrian compared to Stokes’ fusillade of sixes that followed later.

Hardik Pandya pulled his first ball over the boundary and India’s late surge, which brought 126 from their final ten overs, escalated their 50-over total to 336-6.

A word should be made for Reece Topley, who escaped the worst of the big hits and finished with 2-50 from eight overs in only his second match for England in five injury-plagued years.