The Lionesses boss was reflecting on her team’s 20-0 crushing of their opponents, the highest-scoring win ever for an English national side.

England recorded the biggest ever international win with their 20-0 defeat of LatviaCredit: Getty

The whopping scoreline comes in a month in which five teams fell to double-figure drubbings in the 2023 World Cup qualifiers.

Results include Belgium’s merciless 19-0 thumping of Armenia with the team ranked 109 places below their victors in Fifa’s rankings.

And it prompted questions on whether lower-ranked sides new to international contests, should have to pre-qualify to battle top teams for a World Cup spot.

“You want to develop the well-developed countries already and the countries that are not that far. I think we have to look at it. I’ve said that before.

“In every country, you want to develop the women’s game but I don’t think it’s good that the scores now are so high.

“I know that has the attention of the federations and Uefa and Fifa, and I think that’s good because I don’t think a 20-0 game is good for the development of anyone.”

Wiegman’s sentiments on hefty drubbings on the world stage were echoed by ex-England forward Lianne Sanderson.

And the football pundit suggested it may take time to quell negative stereotypes and comments in response to high scoring victories in women’s games.

In a comment published on Twitter, Sanderson wrote: “I don’t know what the answers are because you can only play and beat what’s in front of you, so well done England – but 20-0 isn’t good for the women’s game at all.

“Unfortunately, it’s going to take a while to shake stereotypes because whenever there is a high-scoring women’s game, people react differently to if it’s a men’s game.

“Or if a goalkeeper makes a mistake people again react differently. That’s just the reality, unfortunately.”

England had four players notch up hat-tricks in their defeat of Latvia at Doncaster’s Keepmoat Stadium.

Ellen White was among the quartet who bagged three goals to take her international tally to 48. 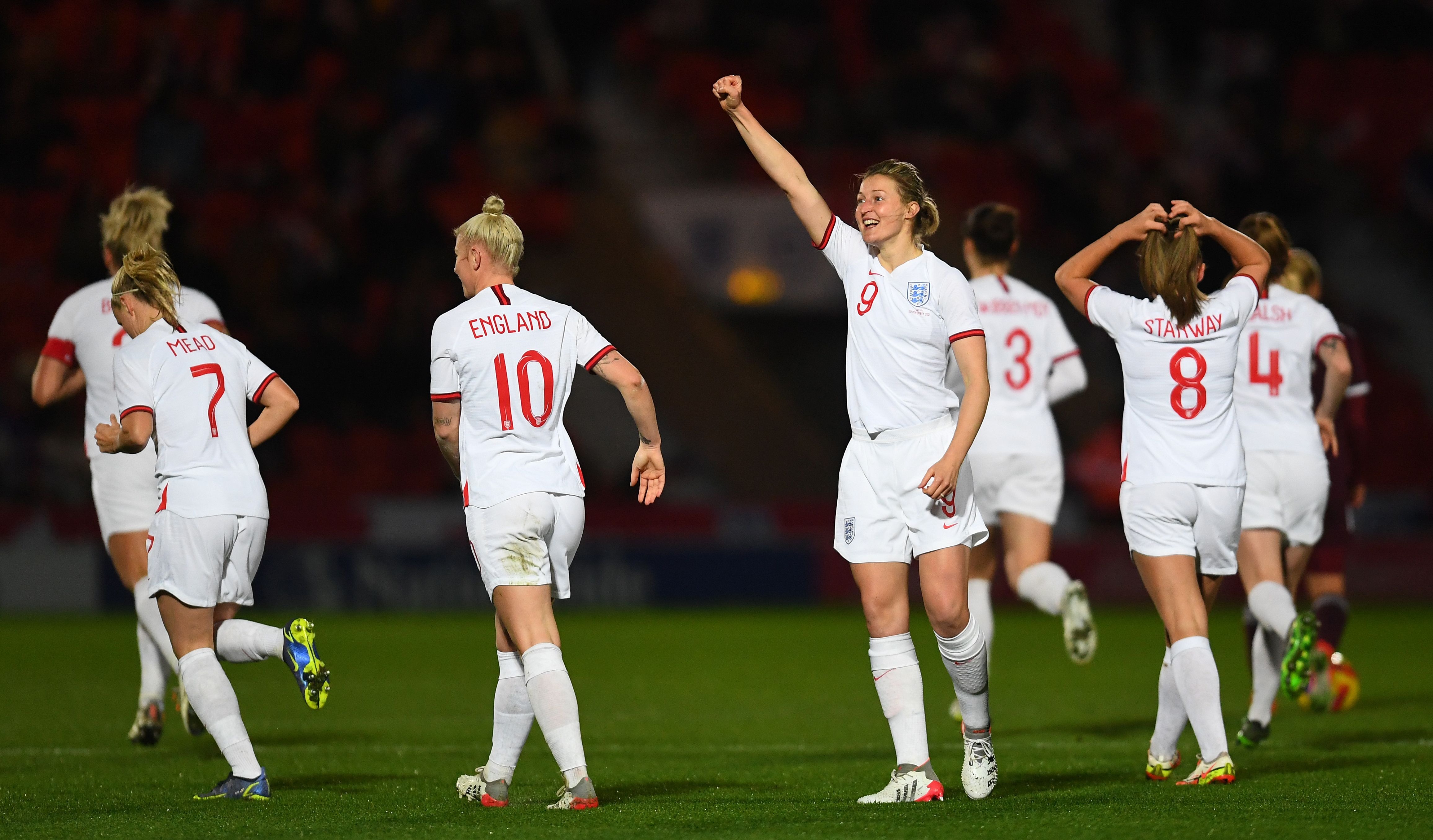 The hefty victory comes five weeks after they beat their opponents 11-0 away.

And it left Wiegman eagerly looking ahead to a round-robin February tournament with the Lionesses facing Germany, Spain and Olympic Gold winners Canada.

Wiegman added: “We really need some top-level games now which we’re going to have because then we’ll really know where we are.

“I do think we have done very well and we’re doing very well but we know we need those high-level games to really know where we stand. 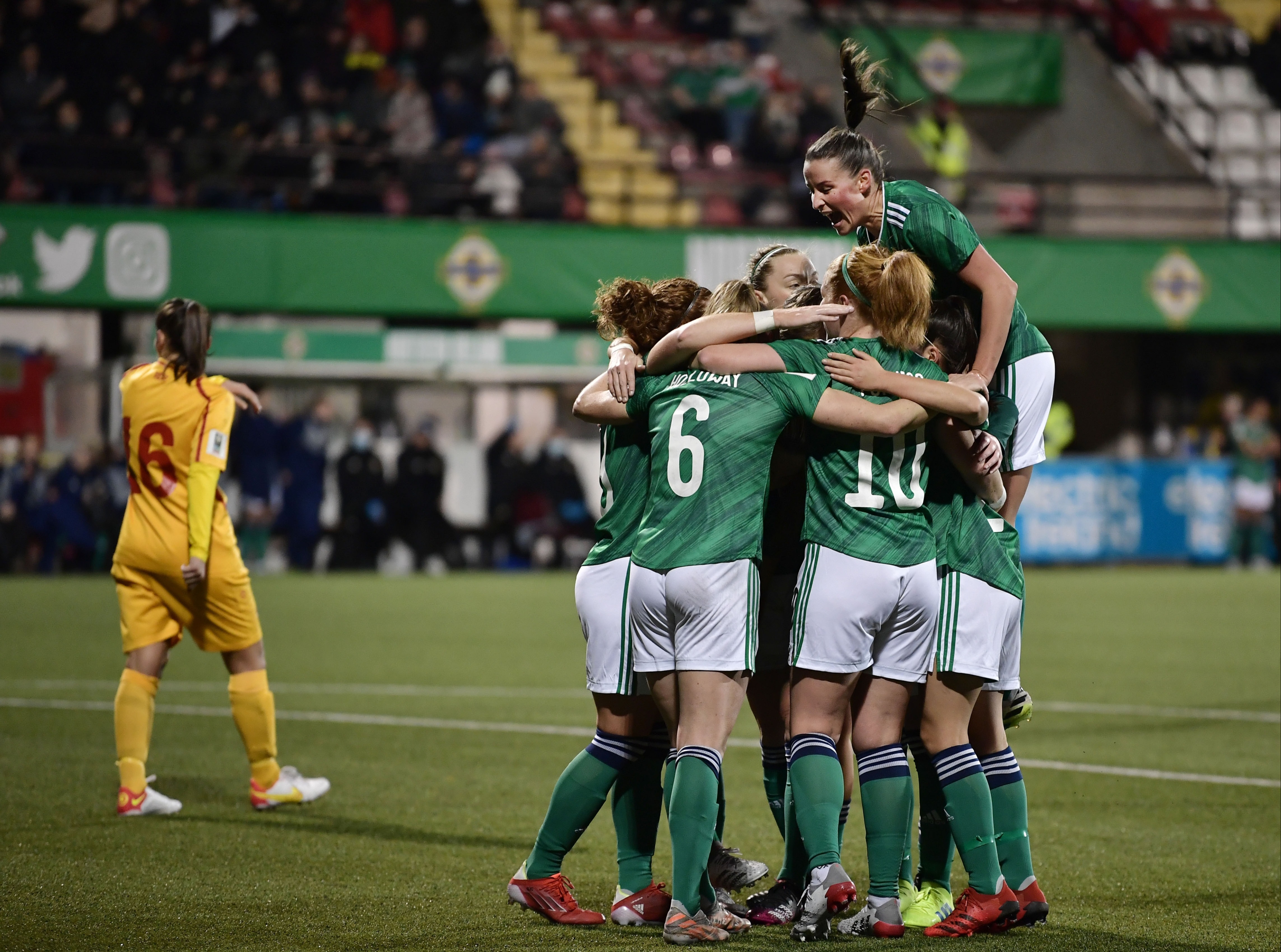 “I’m really positive about that. But we have to see.”

Elsewhere in Group D Northern Ireland thrashed North Macedonia 9-0 in front of a full house of their home fans at Seaview.

The game, which followed an 11-0 away rout of their rivals, saw Liverpool’s Rachel Furness surpassing David Healy to become Northern Ireland’s all-time top scorer with 38 goals.