MILLIE BRIGHT hopes to bury more goals for England when they face Germany for the first time since a 2019 loss at Wembley.

And the centre-back believes her German opponents still pose a serious threat despite their squad being hit by illness and injury.

Millie Bright hopes to score more for England having netted in their Arnold Clark Cup opener against CanadaCredit: Getty

The Arnold Clark Cup battle at Molineux on Wednesday night will be the third and final game of the tournament for the teams, with both targeting a win.

And Sarina Wiegman has urged her aces to be more ‘ruthless’ in attack with Bright having netted their only goal of the tournament so far.

The Chelsea defender, 28, said: “As a defender, you always want to help the team in any way, shape or form

“And not just with clean sheets but adding to the goals, it’s something everyone’s working on.

“We don’t want to rely on any individuals, this is a team sport and the more we can get on the scoresheet the better.

“You can see the intentions in the games, everyone is on the same page and feels really connected.”

Wiegman added: “We created so many chances against Spain and we’d really like to score a goal!

“We want to take that next step. That has to do with decision-making, the final connections with players and being ruthless too.”

Germany, whose WSL players include Chelsea stopper Ann-Katrin Berger, have won three of their last six duels with the Lionesses.

These include a November 2019 friendly in front of a record 45,619-strong Wembley crowd during Phil Neville’s tenure

However, Wednesday’s clash will see the hosts up against a Germany squad missing more than a dozen players due to Covid and injury issues.

Wolfsburg’s Tabea Wassmuth and Svenja Huth and Chelsea ace Melanie Leupolz are among their high-profile absentees.

Bright believes Germany will be tough to beat no matter who they have in their starting 11.

The Derbyshire-born centre-back added: “Everyone’s our rival and that’s a good mentality to have because you can’t underestimate any teams – whether they have players missing or not.

“It’s international football so everyone has a strong squad.” 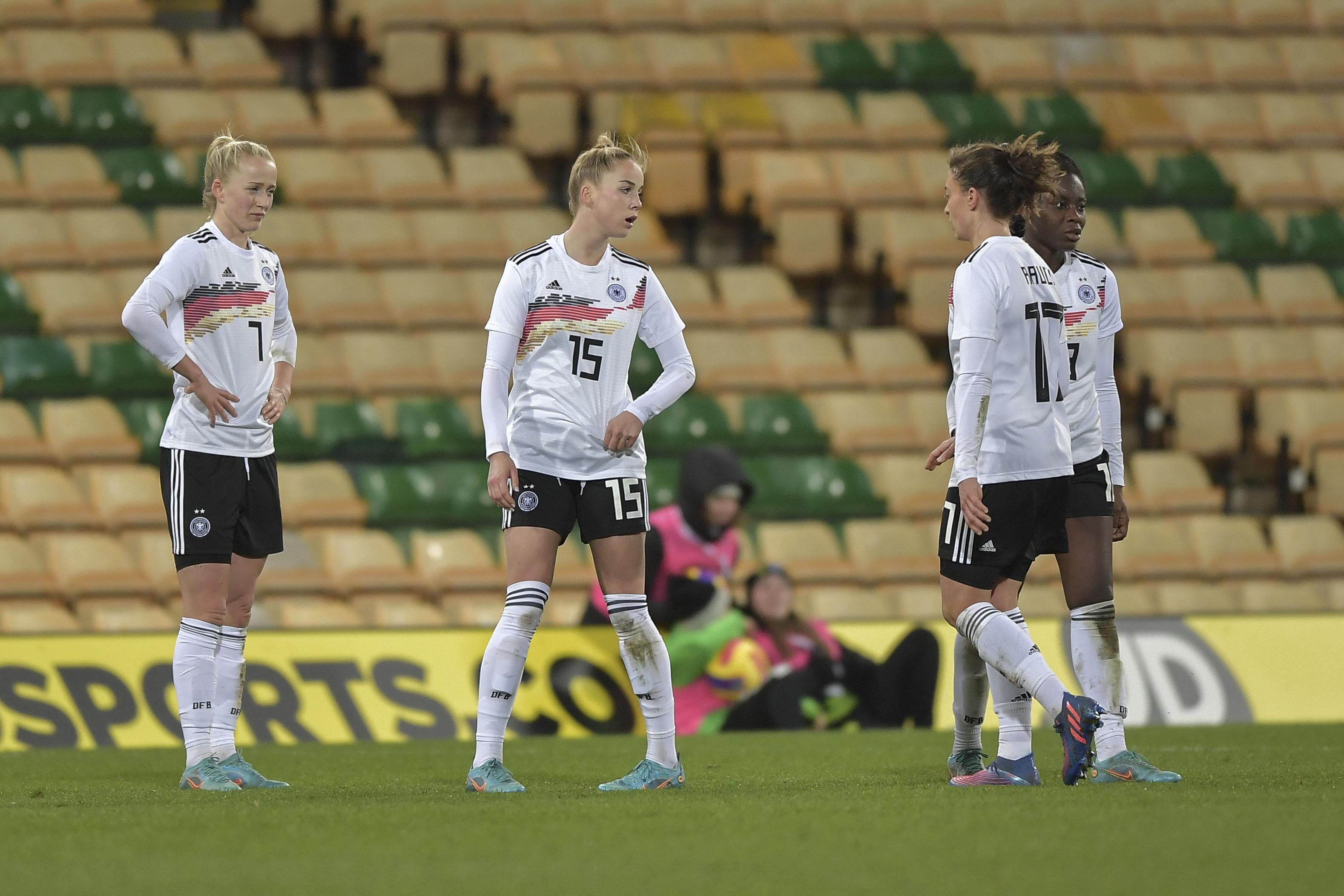 Germany are hoping for a win against England following a 1-1 draw with Spain and a 1-0 loss to CanadaCredit: Getty