EMMA RADUCANU has made a desperate plea for a new tennis coach NOW.

Less than a month after she stunned the world to become the Queen of New York, the 18-year-old was given a harsh reminder of how tough life is on the WTA Tour.

Emma Raducanu has issued a desperate plea for a new coach following her shock first round exit at Indian WellsCredit: PA

She was beaten 6-2 6-4 in 85 minutes by Belarusian world No100 Aliaksandra Sasnovich at the BNP Paribas Open in Indian Wells, California.

Raducanu split with Andrew Richardson after the history-making US Open triumph and had planned to wait until the off-season before beginning her search for a new mentor.

Before that she worked at Wimbledon with Nigel Sears – the father-in-law of Andy Murray – and Tim Henman helped out with advice in the Big Apple.

Raducanu said: “I’d love to have someone with great experience right now by my side so if any experienced coaches are out there looking, you know where to find me.

“I wasn’t joking. If anyone knows any experienced coaches…”

Former British No1 Jeremy Bates helped her out as a stop-gap this past week.

Argentine Carlos Rodriguez, who worked with China’s Grand Slam champion Li Na, has emerged as the favourite to become Raducanu’s next coach given his links with her agents IMG.

Bates, 59, said: “A lot goes into that player-coach relationship.

“The lifestyle of being on the Tour. The travelling, having meals together, trying to convey and teach them the sport.

“Certainly what Emma needs is someone intelligent who will keep helping her to learn. That is how she will be throughout her career.”

In the meantime, Raducanu will focus on events in Moscow, Romania and Austria before the end of the 2021 season.

Raducanu offered few excuses for the straight-sets defeat, saying: “It’s going to take me time to adjust to what’s going on.

“I mean I’m still so new to everything. Even though I might not feel 100 per cent amazing right now, I know they’re for the greater good. For the bigger picture, I’ll be thanking this moment.

“That’s the lesson I think, that you can easily get sucked into being so focused on the result and getting disappointed. 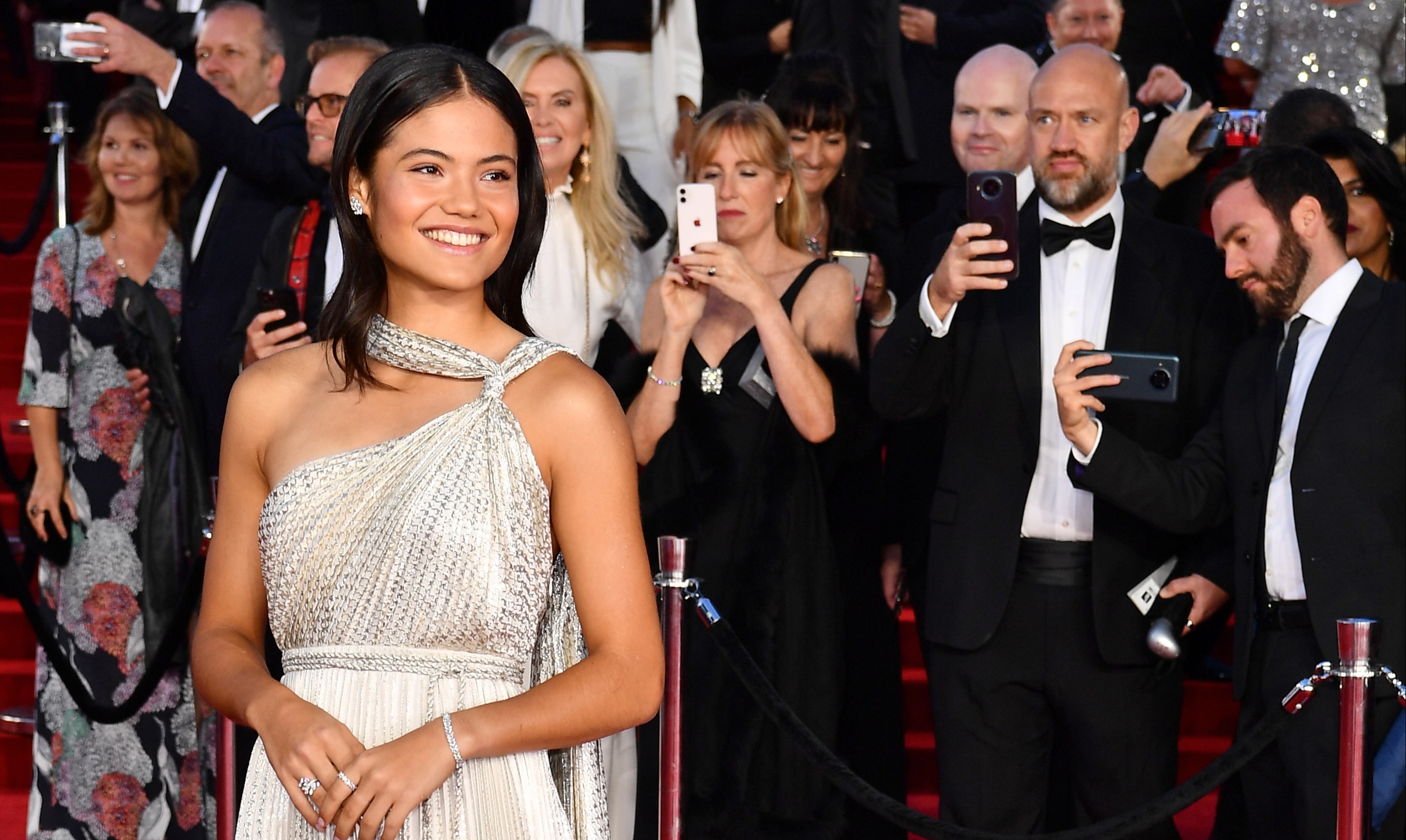 Raducanu, 18, admitted she was not ‘match-tight’ after a whirlwind month and shooting to global fame after winning the US OpenCredit: Getty

Still yet to win a match at a WTA top-level tournament, Raducanu accepts she was not ‘match-tight’ after a month of newfound global fame, A-List invitations to galas and film premieres.

She said: “Playing at night is always going to be different.

“I haven’t had much experience with night matches. I’ve only played one before on the Arthur Ashe stadium.

“I’m still very, very new to the Tour. That experience just comes from playing week-in, week-out and experiencing all these different things.

“I’m kind of glad that what happened today happened, so I can learn and take it as a lesson. So going forward, I’ll just have more experienced banked.

“There will be disappointment after any loss. I didn’t go in there putting any pressure on myself because I’m so inexperienced. I’m just taking it all in.”

Raducanu struggled to cope with conditions and was broken five times by Sasnovich.

According to Britain’s Billie Jean King Cup captain Anne Keothavong there ‘was not enough fire’.

It was a scrappy match that was littered with errors and No17 seed Raducanu lacked the sharpness that saw her win ten matches and 20 sets in a row in the Big Apple.

Sasnovich took control of the first set with a double break of serve and managed to win four games consecutively at 4-2 down to clinch the second set.

She can now look forward to a third-round clash against 2019 Wimbledon champ Simona Halep.