And the Gunners gaffer brushed off suggestions of feeling the pressure of the title race with Chelsea and Man United hot on the heels of his team.

Beth Mead bagged Arsenal’s winner after the Gunners fought back after going behind against BrightonCredit: PA 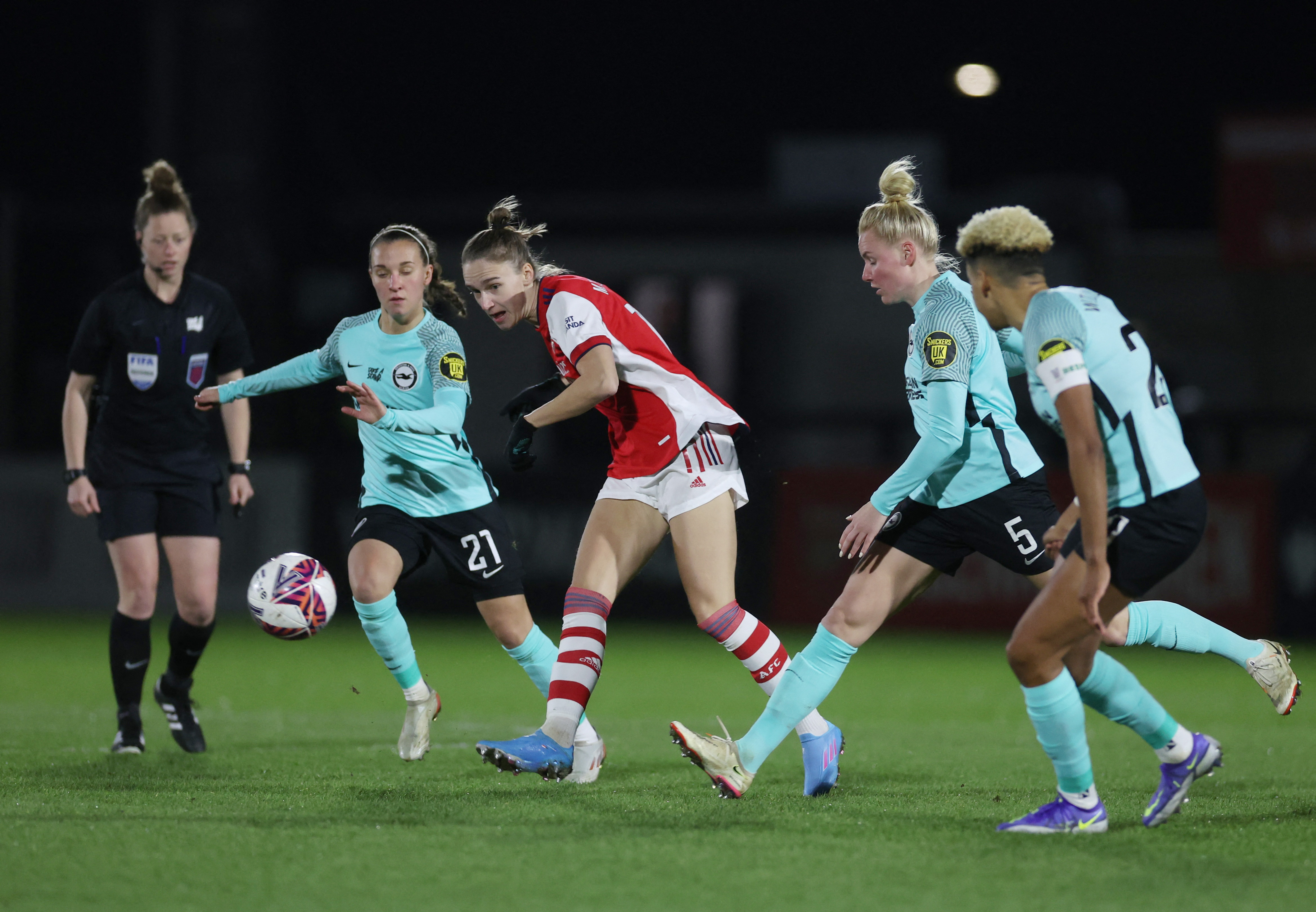 Vivianne Miedema levelled to help the Gunners fight their way to a 2-1 winCredit: Reuters

The forward’s stunning free-kick and a Vivianne Miedema strike saw the league leaders open a four-point gap over Chelsea, with the Blues having a game in hand.

The Meadow Park boss said: “I missed that Beth Mead in our recent games.

“And when she is that assertive and that aggressive, I think she is world-class and she helped us in the second half.

On whether he felt burdened by pressure following a four-winless run, Eidevall added: “Pressure is always a part of being a player or a coach at Arsenal.

“It’s about representing a club that wants to be at the top and then there will be pressure on whenever you play a football match.

“I choose to do the latter.”

The WSL leaders had Stina Blackstenius and Jen Beattie missing due to illness and were without Katie McCabe due to a suspension.

And the game saw Rafaelle Souza and Laura Weinrother make their first top tier starts for the club since joining in the January transfer window.

Arsenal looked to get off to a positive start early on attempting to press Albion in their own half.

And they come close to a fourth-minute opener with Ellie Brazil clearing Miedema’s header off the line.

But it was Brighton who caught their opponents cold, ending their 465-minute goalless run against the Gunners in the league. 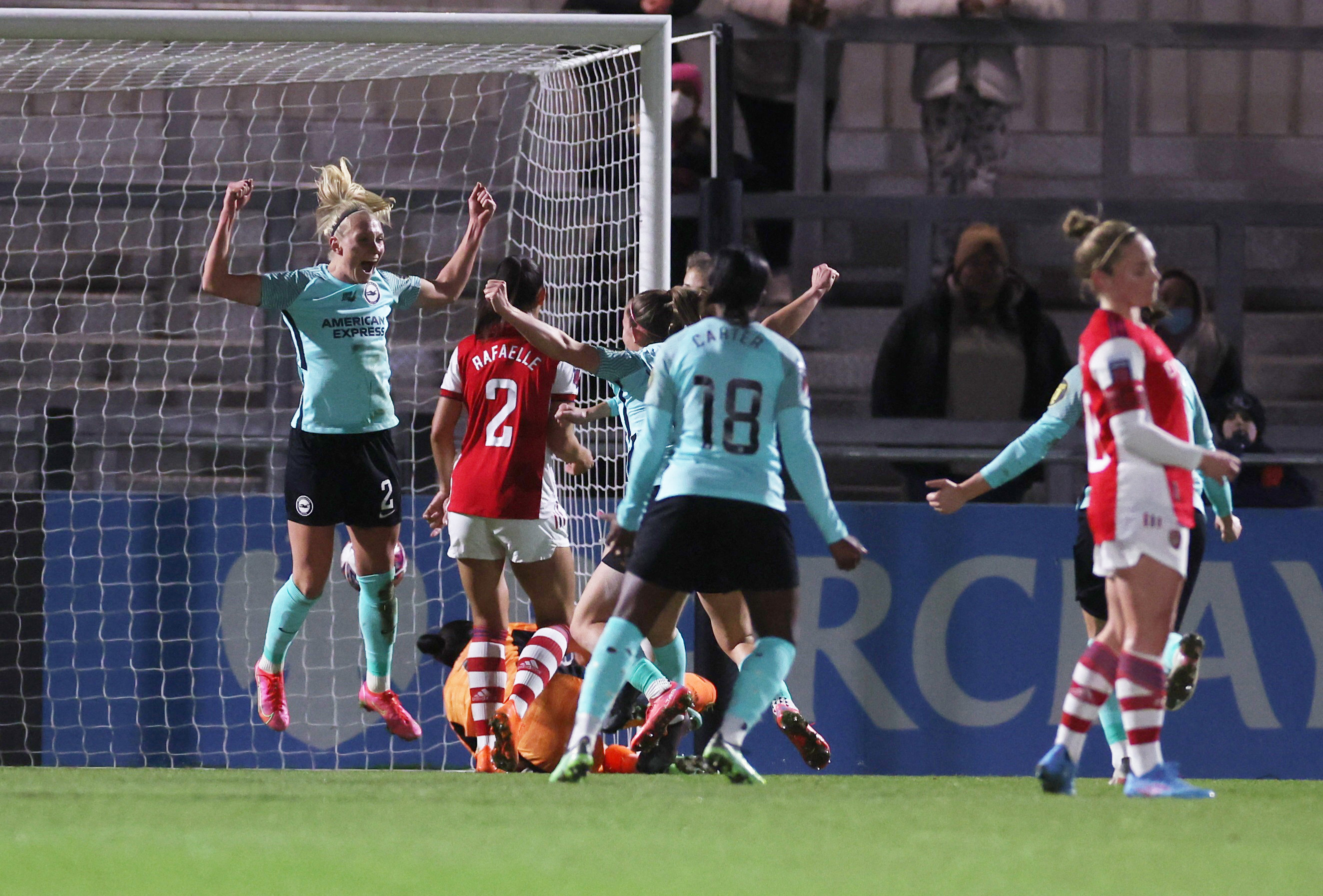 A little later the visitors brought on Aileen Whelan after Megan Connolly cut her knee after falling onto a concrete post.

And there was a nervy moment for the hosts around the 25th minute with a dangerous Albion cross into Zinsberger’s box before Ellie Brazil was cautioned for a foul on Mead.

Soon after the Gunners struggled to create many clear-cut scoring chances.

Jordan Nobbs’ backheel on the edge of the area was cleared away by Brighton’s defence near the half-hour mark.

And the England midfielder saw her 36th-minute free-kick deflect of Albion’s wall before being claimed by stopper Megan Walsh.

And they levelled with Mead’s cross reaching Miedema at the back post with the Dutch star poking the ball home.

And the hosts held out to seal the home victory ahead of their FA Cup duel with London City Lionesses. 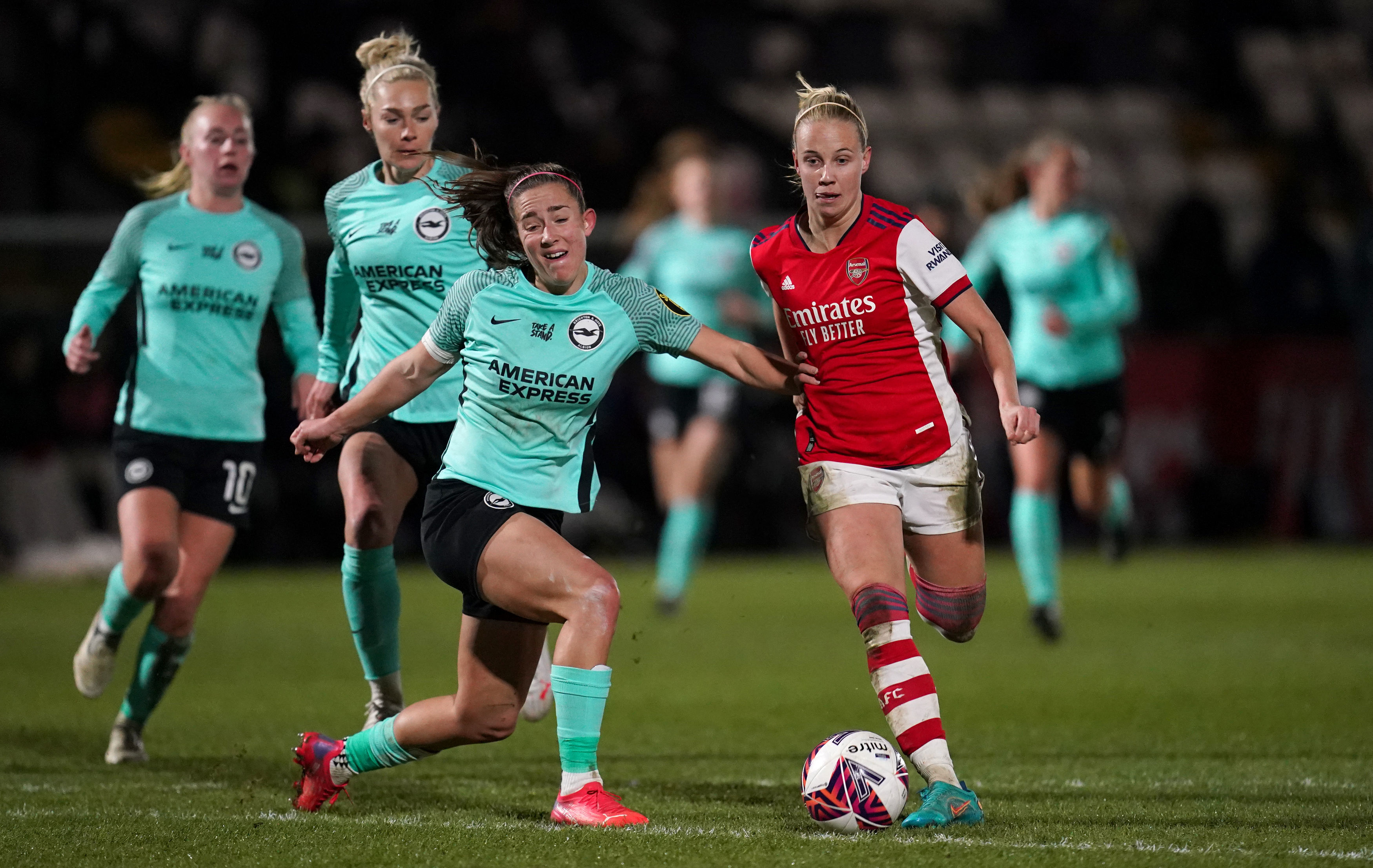 Brighton have gone eight games without a win across all competitionsCredit: PA

Despite the result, Hope Powell praised her side for putting up a fight against the Gunners ahead of their FA Cup clash with Reading.

The Albion boss said: “I’m happy with the way we performed, the way we conducted ourselves and the battle and our spirit

“It was just a disappointing result. I feel like a point would have been a fair result. But they are quality side, so it’s tough.”