DERBY are now seen to be throwing good money after bad with their appeal against a 12-point penalty imposed for going into administration.

The cost of their action is said to be about £300,000 — maybe a trifling sum in the mad, mad world of modern football — but for the strained Championship side it is a fortune that is expected to go the same way as the money from a failed previous appeal by Wigan.

Derby’s administrators believe they have a special case, based on financial damage caused by the Covid lockdowns, and the EFL must decide whether there is sufficient evidence.

Many a Rams supporter would drop to his knees in the city’s Cathedral of All Saints to offer thanks should the league give them back even six or three of the points they have taken away.

That might be enough to nudge them out of the relegation zone should the team earn points at their current rate, although I must add that they are threatened with another nine-point deduction for also allegedly breaking accounting regulations.

It all amounts to a heavy burden on Wayne Rooney, whose ambition of becoming a successful manager at Pride Park has sunk to subterranean levels.

Not entirely lost, though, because his side have responded with the same kind of grit and quiet dignity with which the former England star is leading them.

There is no chance of the support collapsing either. 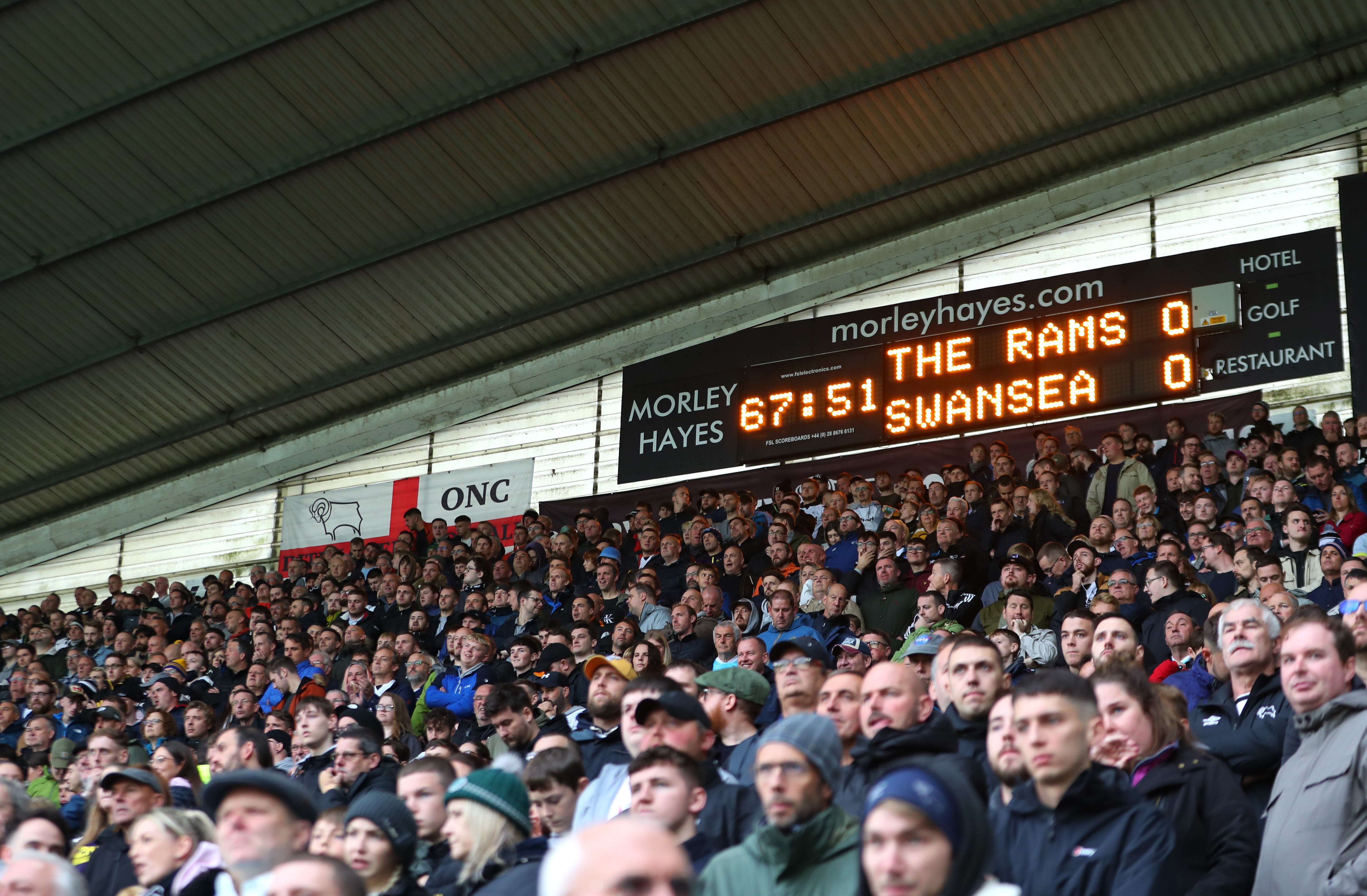 There has been no let up in support at Pride ParkCredit: Getty

Derby folk love their club. They revere Brian Clough and Peter Taylor as much today as in the days when they won the First Division title.

They chuckle still at Dave Mackay sledgehammer tackles, which gave no hint that he had the ability to manage the champions of 1974-75.

Those glory days of wine and trophies are long gone. The Rams have never proceeded in straight lines. One of the dozen founders of the Football League 1888, they reached the European Cup semi-finals, won the first FA Cup final after World War Two — and have even twice slipped into the third tier.

In the 70s, they were barred from European competition because of financial irregularities, went into receivership in 2003 and were sold for £3.

Five years later, they were relegated from the Premier League with only one win and the lowest points tally yet (11).

To begin with, Mel Morris’ ownership was an indulgent spree without much being achieved. He appointed nine managers in under six years, no doubt in the hope that something would turn up. 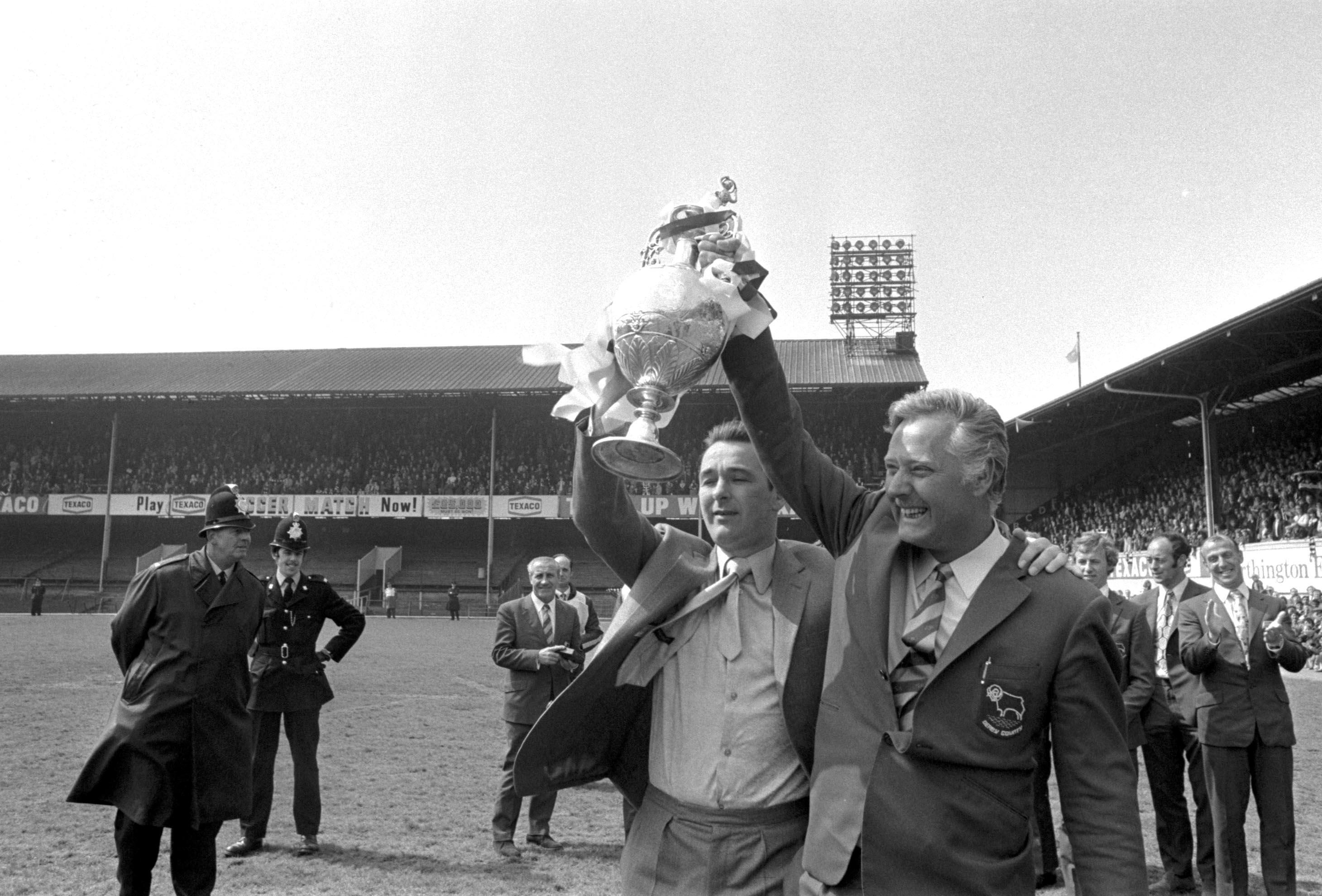 But his impatience for success rebounded. Haven’t most owners been there?

Points cuts are rarely fatal. Indeed, Palace suffered a ten-point setback in the Championship in 2010 having been in administration for the second time, and Premier League clubs Southampton, Leeds and Leicester have all been penalised since 2000.

Whether Derby’s demise will be swift and purifying no one can forecast. Their underlying state is sound, drawing crowds consistently above 20,000 in a newish stadium. And most importantly, they have a long and proud history.

Many fans view points penalties with dislike, on the general theory that what happens on the pitch should stay on the pitch. This seems reasonable until you look at the options.

Possibly, the club owners should take full responsibility for failure and face heavy fines, or there should be early warning systems of some kind.

On the other hand, Derby may be poor at the moment, but with a new stadium and a faithful following, they are still a desirable football property.

The Rams’ next manager might be another Clough, for all we know. First of all they need, as car salesmen say, one careful owner.